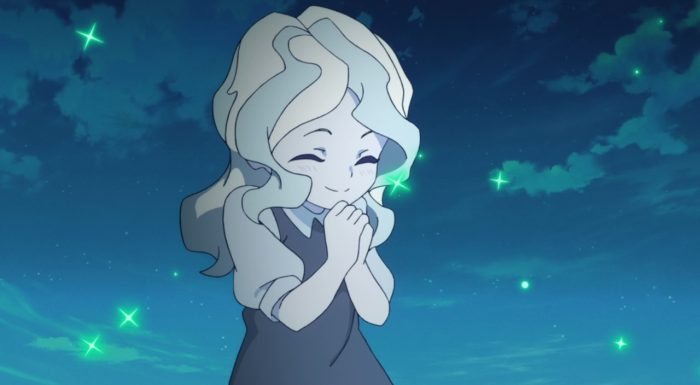 This is definitely an episode that pays off so much setup that has gone on throughout the series. We finally get a heart to heart between Diana and Akko about their connection to Chariot. Of course it isn’t remotely a surprise since we literally saw Diana in the first episode watching that performance. But now she finally opens up to Akko and that was nice to see. Honestly it was better for these two to talk it out than leaving that up to Chariot herself. Mostly since there really isn’t anything Chariot can say to Akko at this point. She herself is so emotionally messed up by what happened in the past that it seems near impossible to comfort someone. It makes sense that she’d rather go and pick her fight with Croix. She can focus on stopping that and probably isn’t worried about what her own fate might be. 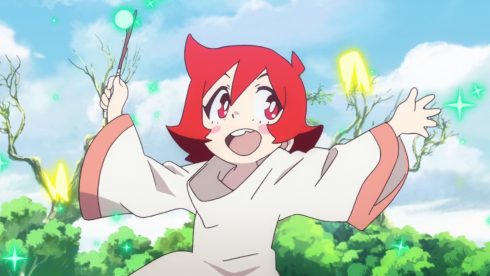 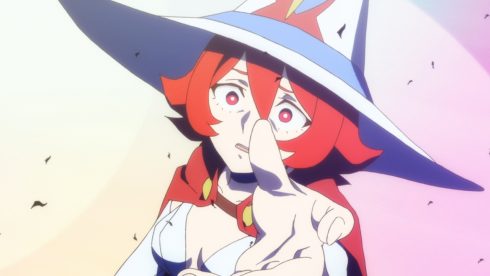 This world of LWA continues to amaze me. I mean seriously…what is wrong with people!? How the heck does magic get boring? Sure maybe rich people wouldn’t care that much, but how does that not remain a mass draw for children? She is literally doing the impossible with even the most basic of spells. Oh sure the super powered magic she showed off using the dream fuel was amazing, but I’m sure children would be in awe by even the regular stuff. But this series has continued to try and hammer the idea that magic is boring and easily replaced by science. Everyone just accepts this weird line of thinking as something natural. Some forms of entertainment don’t evolve that dramatically and yet people still show up. Maybe her agent was just an idiot…

In the end Chariot’s dream went sideways on her. That is a sad thing to see someone’s dream turn into such a painful and stressful experience. Honestly there are a few reasons I could see things turning out differently. Maybe if her friend hadn’t basically abandoned her that would have helped. Having a more level headed point of view about her situation could have steered her the right way. Or maybe having her friend not outright lie to and betray her would have helped…I get that Croix was frustrated that Chariot obtained the Rod. But she had a choice to either let that anger consume her or to move forward. She let it continue to swallow her up and ended up emotionally scaring her best friend. Croix became an utter scumbag and is still one to this day. 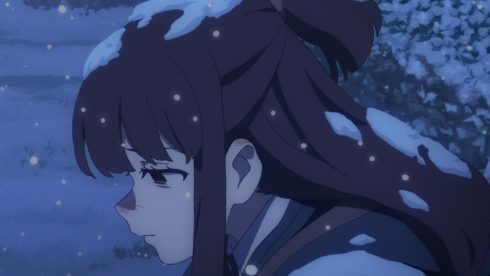 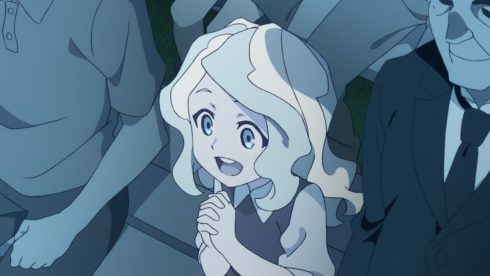 It is of course terrible for Akko that she found out something so shocking. Her whole goal was to become Chariot. Finding out that Chariot hurt her potential like that had to utterly sting. Of course she’s also handicapped in terms of not knowing the truth either. Now that is something that is on Chariot’s shoulders. Even though stopping Croix is important, so is opening up and admitting her faults. I don’t know what the future holds for Chariot and it is a shame if she never does perform again. But, she should still look out for her students and all the more reason to do so when one of them is basically her apprentice.

I will give credit to Diana for stepping up big time. She can understand the shock that Akko is going through since she is in the same position. Diana went to that show and temporarily lost her magic. Being a fellow fan this had to really throw her for a loop, but she kept her cool. In a difficult moment she chose to open up to Akko and help rekindle her belief. While it is true that something bad happened Akko still has hope. Diana is living proof that her magic isn’t forever lost. Plus it doesn’t change the feelings they had as children and the love of magic that was born. Reality is simply tougher than either of them had imagined. Hopefully what they can show to Chariot is that her actions did have meaning. 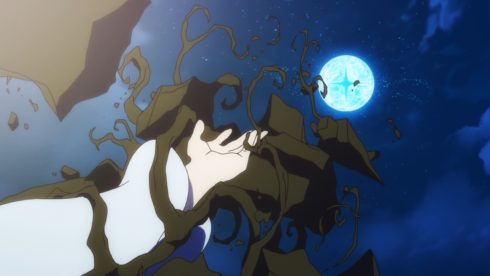 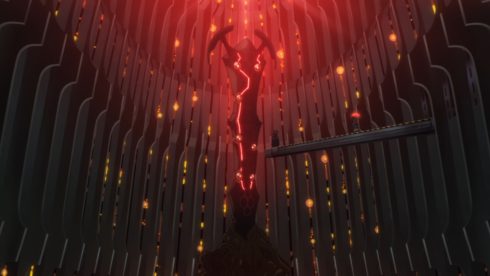 This leaves a lot of questions answered, though a few remain. We now know why the moon looks like that and why Chariot stopped performing. It isn’t a surprise that she simply crashed under the mixture of negative emotions swirling inside of her. The guilt of what she did in the past was still hanging over her, but she also was feeling the strain of people not accepting her efforts. It would be a shame if that was the last performance she ever would put on. I can see her transitioning into a mentor role and staying on as a teacher. People can find new dreams and frankly that is something Croix herself could learn.

I am curious to see how the last couple episodes play out, though we can certainly speculate. Things obviously won’t go great for Chariot. She has only gotten weaker with time. And let’s not forget to mention how emotionally compromised she is at this point. So Akko will obviously have to get involved and her friends will support her with this. The question I suppose is what is the last word that Chariot couldn’t find? Is it about simply cooperating with friends? Standing back up and believing in your dream even when things go badly? Whatever it is, I’m sure the big clash with Croix will be fairly entertaining. I can’t see Akko actually fighting anyone so maybe it will simply be about showing Croix how fun magic can be. Should be interesting to watch.