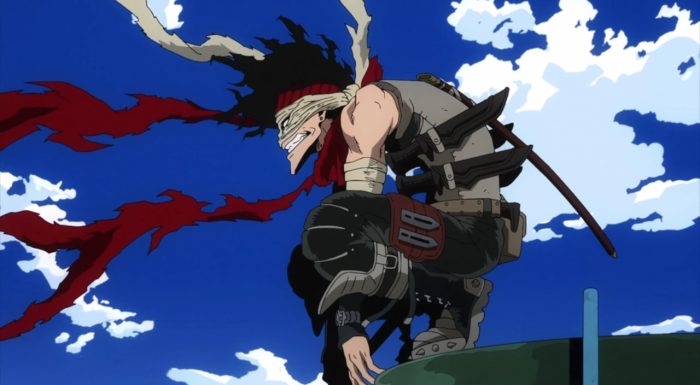 While this wasn’t as incredible an episode as last week, we still got an interesting episode. The sports festival continued to advance and we can see where the story is going next. You can tell which matches were really important and which ones were less so. I still find it entertaining how some quirks just don’t match up very well and result in pretty quick matches. I do kind of wish they spent more time on a match like Kirishima vs Bakugo, but most of the others were probably fitting to be pretty short. We got some good moments like Iida vs Todoroki and seeing where both their characters are. And frankly it is nice that Iida gets a few moments to shine after Mei utterly humiliated him in their match. 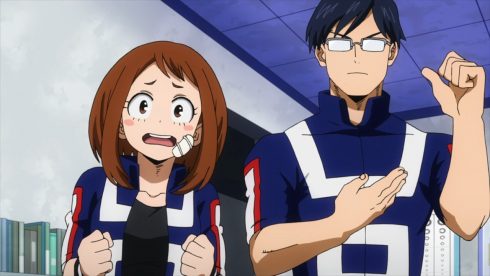 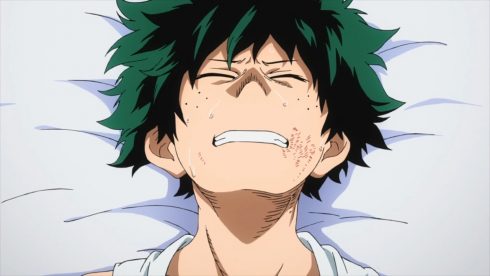 I can feel for Deku after watching this episode. Of course there are going to be regrets for how things turned out and his loss. His emotions were a mix when he was fighting Todoroki. And I can understand that on a lot of levels he was frustrated. He was chasing his dreams and had just seen Ochaco fighting desperately for hers. So seeing Todoroki giving less than 100% was utterly frustrating. Though there was the side of wanting to help save Todoroki from himself. I think when he’s laying there in the medical room it is hard to remember the good he accomplished. And really that makes sense. Deku is just a kid and losing after giving his all like that really does hurt.

It also kind of sucks that most don’t appreciate what he accomplished. Though I do get that his power being self-destructive is a big issue. He can’t really work as a hero if he continues to get hurt when he unleashes an attack. But he managed to push someone with the ability and potential of Todoroki to the brink. It is just sad that most don’t get that. They just think Deku didn’t have any plans or he was just antagonizing Todoroki for kicks. Of course we saw during the Ochaco match that this crowd is full of idiots. There are a lot of dumb people who have managed to become pro heroes. Though I suppose it is kind of logical. Every occupation has some people in it you would be shocked are professionals. 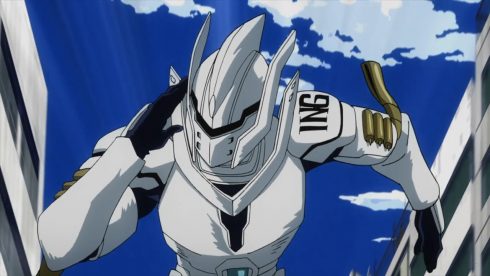 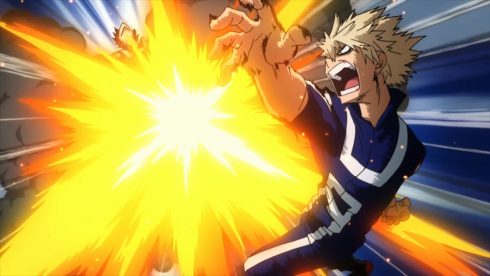 And yeah things are getting a bit intense outside of this event. There’s no telling from what we saw if Iida’s brother is alive, but he certainly isn’t ok. This is another good look at how dangerous this occupation really is. This Stain guy utterly wrecked Ingenium. We don’t really know anything about his quirk or what he can do. Though we know he has bladed weaponry and he is extremely dangerous. We can speculate about what Ingenium is capable of having seen Iida all this time. One would presume he’s just a more evolved Iida. I can only imagine what Iida is going through in finding out about his brother. Probably for the best he lost to Todoroki since he won’t be in any condition to care about this event now.

This episode has had a lot of consequences and somber moments. Deku’s body is really in a bad state right now. We’re already seeing the consequences of the excessive damage he’s been taking. I’m with the nurse for saying “enough is enough.” Deku’s hand and arm is already pretty messed up from all the broken bones. All Might and Deku have to figure out the best way to deal with this situation. He has to gain some minimal control that won’t destroy himself. And I do sympathize with Deku feeling like he wasn’t the right choice. It would be insane to see someone like Todoroki or Bakugo with One for All….I would be horrified. Can you imagine our invisible girl getting that kind of super strength? But, it was a good info drop for Deku to find out All Might was quirkless and also that the wielder before him wasn’t. 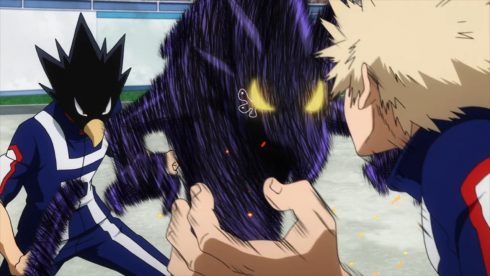 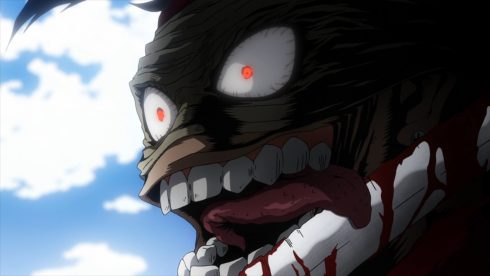 In a lot of ways this was a less thrilling episode. I did like the moment with Todoroki and his father. It shows that he’s still figuring things out. Plus it was just a nice shot at his father to say he simply forgot that his father existed XD. There was some drama with Deku’s condition (and understandable worry from Ochaco) and the incident with Ingenium was a big development. Will have to see how Iida handles this shocking development and the response. This is another guy who seems to want a shot at All Might and now we have the League of Villains reaching out to him. If he teams up with that group it will make them all the more dangerous. And with All Might only getting weaker that isn’t a good thing in the slightest.