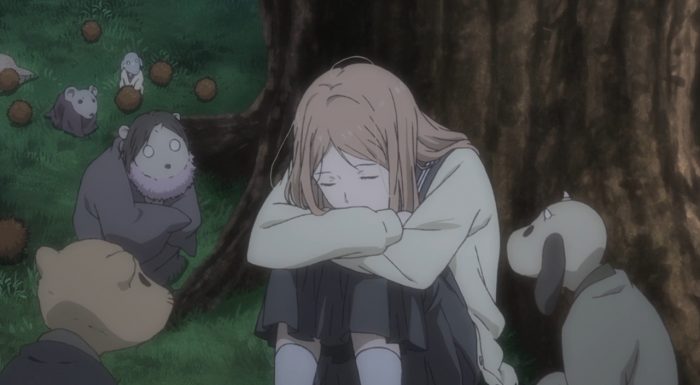 I’m always glad when we can get a Reiko episode. In a lot of ways Reiko is still an unexplored character, but such an important one. Her actions have left such an impact that remains long after her death and this episode really explores that. The Book of Friends is just one part of it. That is a legacy that Natsume has to continue dealing with for the immediate future. But there is another kind of legacy that we got another look at here. Reiko’s life and actions impacted all these youkai and eventually led to a marriage for love. She isn’t there to see it happen, but her actions created this end result. That is another legacy that Natsume can be proud of. And it is refreshing to see a youkai like Gomochi show up to say something good about Reiko and not just show off her flaws. 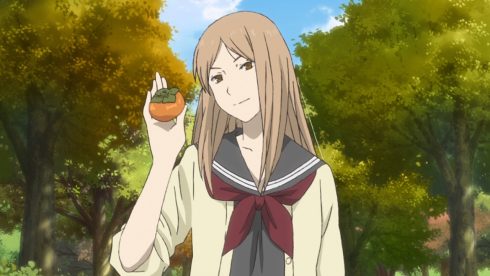 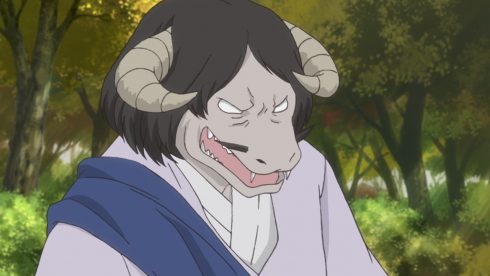 In some ways I find it interesting how Reiko often uses weird challenges when facing youkai. We’ve seen that she has enough brawn to beat down a lot of opponents, but she often takes risks. Even in this episode there was the risk that if she lost these challenges then she’d die. Now she does tend to take gambles she feels confident in winning, but sometimes they are things like rock/paper/scissors. Reiko sometimes just seems willing to gamble away her life. I guess you can say that the obvious fact that her ‘home’ life isn’t enjoyable can somewhat explain her recklessness. She doesn’t have those connections at home that would make her want to make it back. Natsume on the other hand struggles through situations because he doesn’t want to make Touko and Shigeru worry. It certainly is a sad thought that for her just continuing to win takes precedence.

You have to give Reiko credit though for her cleverness and talents. She knew it would only increase the hurdle facing both youkai at the same time. So instead she focused on taking them on separately and trying her best to control the encounters. That worked rather well with Senki. He was a very straight forward type that Reiko could lead around and that allowed her the victory. It was tougher against Hyakko who was a bit more forceful and clever about his challenges. He managed to forcibly steer things in the direction he wanted. Reiko had to play a different card to beat him. It was a much more uncertain gamble, but trying to inspire the youkai to stand for themselves and help her win worked fairly well. Though I think if she didn’t push herself so hard it wouldn’t have worked. 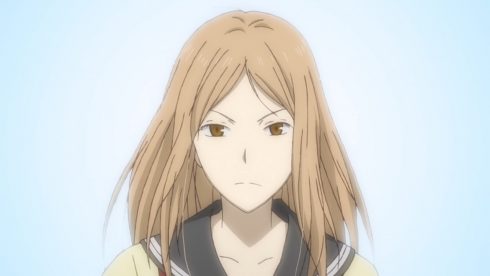 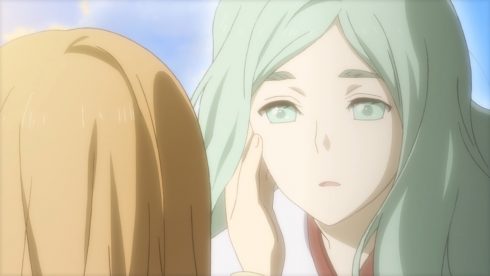 I like seeing that emotional side for Reiko. She tends to avoid being honest about some of her feelings, but the truth can shine through. Things changed from her being disinterested in risking herself for random youkai when she saw Kibune’s situation. No doubt she could understand or sympathize with the pain of Kibune’s situation. The poor woman was locked up by these two idiots who were determined to show they were most worthy to marry her. Reiko was spot on when she said they basically disqualified themselves. Once you lock up someone so they won’t run away…you aren’t really worthy to marry them. Maybe she could simply sympathize with Kibune not being able to go where she wanted. Reiko’s life clearly is a strained one. In a lot of ways she probably felt trapped.

This is a series where bittersweet moments are very common. It was really sweet to see all the youkai showing up to help Reiko out who had worked herself through the night and was passed out from exhaustion. And it was a wonderful moment seeing that marriage and seeing Natsume enjoy himself. But it is somewhat sad that Reiko herself isn’t alive to see it. I just find it a sad thing that she has left this mark on so many lives, but often times she hesitated forming deeper bonds. These youkai truly would have become better friends with Reiko with time, but she made a point to never go back there. But at least we can appreciate the friendship she made with Gomochi. This is an episode you can walk away from with a smile, but I still find it just a bit tragic. 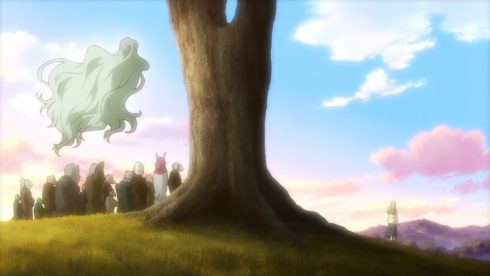 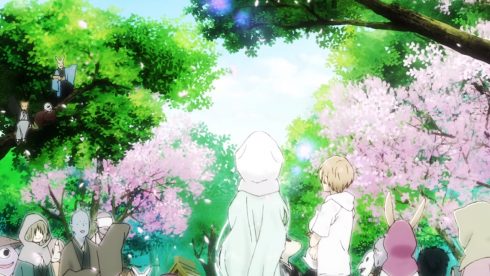 At the very least this episode’s story should be another important lesson for Natsume. What Reiko has gone through honestly has been important for him making different choices. It would be very easy for him to end up like Reiko and hesitate in forming lasting connections. He could be stuck being almost afraid to lose the bonds he has and so turn his back on them. While there isn’t anything to be done about Reiko’s life, Natsume can make choices. I still wonder about Reiko’s past with Madara. There are still some mysteries unanswered especially when it comes to the later events in Reiko’s life. This was another really good episode for Natsume. I’m going to continue enjoying what we get in this season until the episodes are spent.