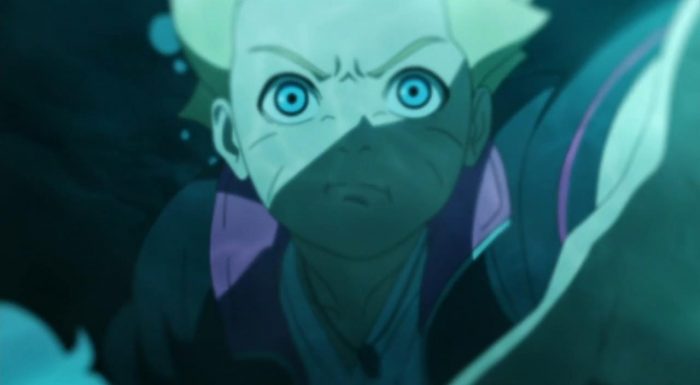 Despite a strong finish, I still find myself having mixed feelings about this latest arc in Boruto (the show). It kind of mirrors my mixed feelings about not being able to blog Boruto on time until this very week. Sure its nice to be able to do something well, even if there are some problems in the process, but does it all just even out into mediocre by the end?

If we’re going by this week’s episode, which, for all intents and purposes was fine, then I’d say that Boruto isn’t really going to be as amazing as its predecessor was. There’s a kind of childish innocence to this series, not only in how “everyone should live and be best friends” has been the recurring theme of this show, but also in the fact that its just not creating circumstances that have any lasting effects. 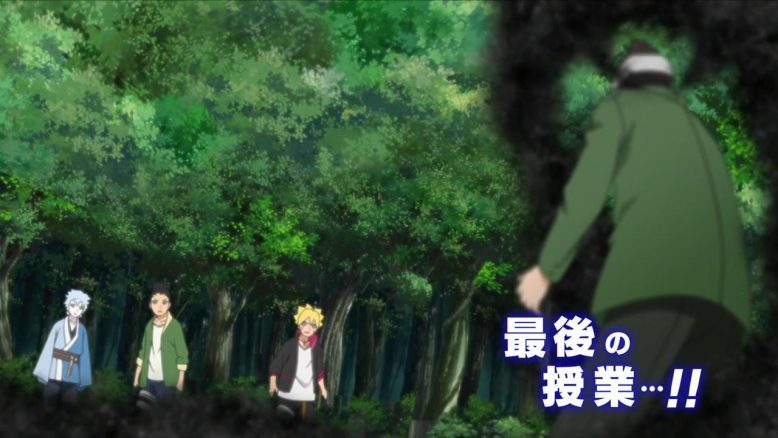 Lets compare the scenario we found here, to what we saw in the very first episode of the original series. In this week’s episode we had a pretty cool setup, a teacher (as problematic as he is) was about ready to kill his students, and the students barely had a hope in hell of being able to take him down. Shino’s a Jounin class Ninja, and for those who aren’t keeping score, that’s what Kakashi was when he first met Naruto, Sakura and Sasuke in the first series. Its quite the mystery why a shinobi of Jounin class is teaching, but we’ll table that discussion for now.

The major point here was to put Boruto, Shikadai and even Mitsuki in a real sense of danger. And for a bit in the episode, it really does seem like the danger is both there and real. Shino is gunning for them, and Mitsuki seems to debating how to get Boruto and his friend to kill their teacher (among whatever other connections he has to the purple snake monkey monster) . But… Then it all kind of ends in a really nice way with almost no one getting too badly hurt. 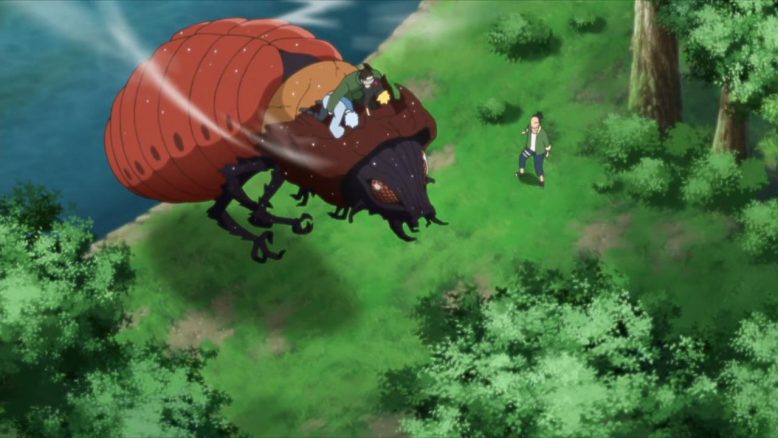 Shino is defeated by a clever plan and some serious teamwork, and is stopped without actually being killed. Boruto and the rest survive as well. Not only that, in the end each side apologizes and everyone shares a touching moment. It all just ends too nicely. There’s no big change to the ongoing dynamic, whether its between the three boys or them and their teacher.

Lets compare that to, say… The original Naruto series’ first episode. In that episode, Naruto is basically manipulated by one of his teachers into stealing a sacred scroll. The teacher in question is not a nice guy, he’s a jerk that uses a lonely, failing kid to do his own dirty work. Naruto, for his part is in a pretty sad state himself. He’s an orphan, has no friends, is hated by the entire village, and is told by a seemingly nice teacher to basically steal and cheat his way toward graduation. Its a tragic story, and one that has Naruto realize the error of his ways right before it becomes too late. Iruka, his teacher, also steps in and shows a rare breed of kindness that basically saves Naruto from the path of a villain. 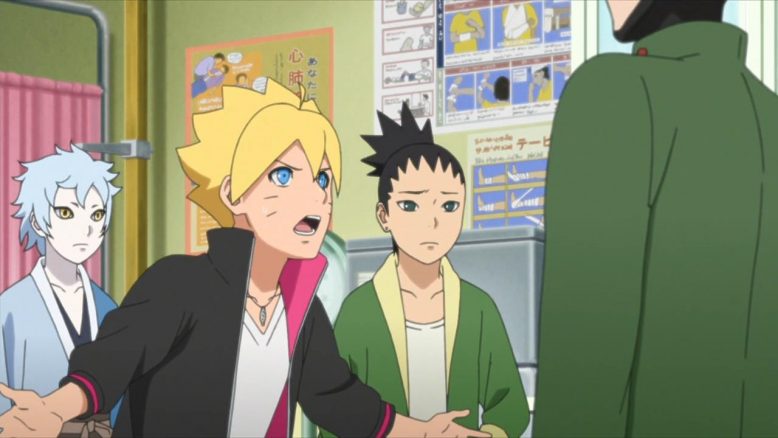 Its a sad, dark story that has a nice ending to it, but that ending is so powerful and feels so earned because of the lasting consequences. Everyone doesn’t get all buddy buddy by the end of it all. Naruto ends up realizing that he has one friend, and does the right thing. Mitsuki, the twisted excuse for a teacher, becomes a criminal and is locked away. Iruka, for his part, is almost killed. There’s some real danger and some serious problems in one episode, and I feel like that one episode, compared with the two we’ve seen thus far since the introduction of Mitsuki, show a stark contrast between the two series.

Boruto feels like a bit of a kids show. It feels family friendly and a lot more cheery, and it doesn’t really ever get “real”. And that’s my problem with this week’s episode. It feels too fairy tale-ish, too happy go lucky, and in the end, the events that transpire don’t really change anything. 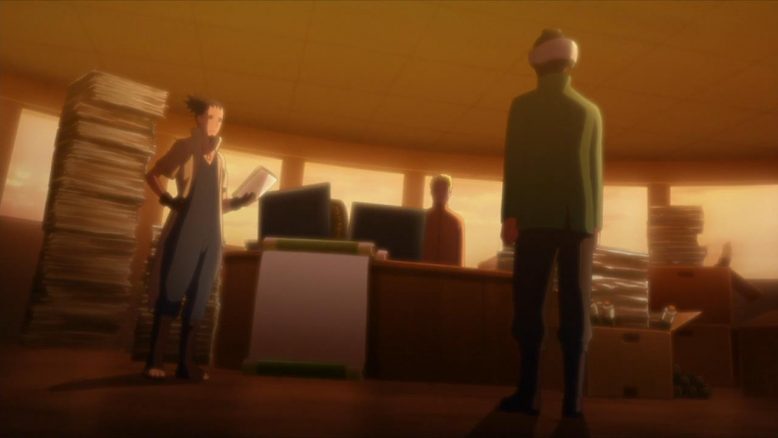 I think what Boruto needs, going forward, is to step it up a bit. Sure, I enjoyed the fact that Mitsuki realized the humanity of Boruto and how he wanted to save everyone, and that he found a way that didn’t involve killing, but the show has to give me and its audience, more than that.

The show needs to embrace some of the darkness that it showed in its very first episode, the one that opened up with Boruto fighting against some destined enemy, ontop of a ruined Konoha. The words being thrown around like “The age of Shinobi is over” or “I’ll do what I did to the Seventh” had some very dark connotations. And while I don’t want a very dark and gritty show, I do want Boruto to offset its more cheery moments with some realism here and there.