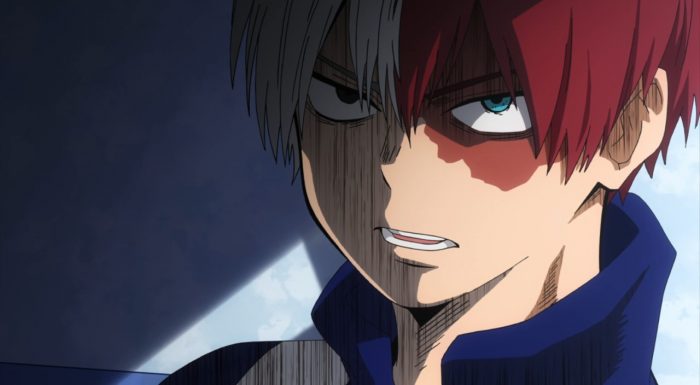 This was an important episode in terms of delving into the background of Todoroki and setting up the crazy episodes coming our way. It was not the most exciting of episodes, but it was a necessary one. Time had to be spent setting up the upcoming tournament section of this event and Todoroki needed fleshing out. I am looking forward to seeing some of the matchups. We had a great team section and now we get to see various characters clashing in a 1v1 setting. A tournament setting is pretty classic in its own way, but it makes sense. This whole thing is a competition and they are showing various ways of competing; a race where it was everyone for themselves, then a cavalry battle, and now a straight up 1v1 fighting tournament. They are going to be heroes and fighting is part of what they’ll be doing. 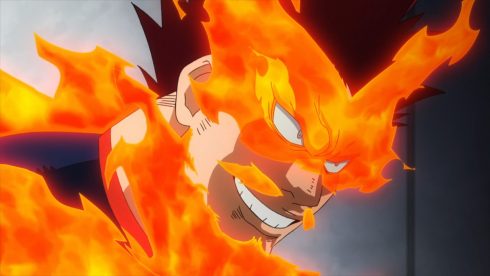 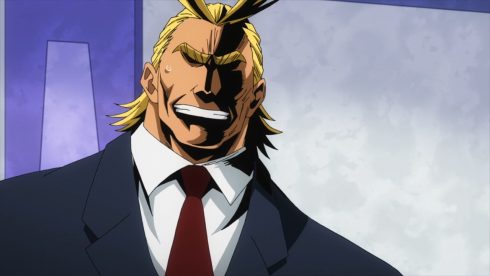 No doubt the Todoroki backstory was pretty heavy. Though I don’t fully agree with Deku that he is the type that would be seen as the main character. Deku has plenty of main character attributes himself and has had a pretty tough childhood as well. He is the classic underdog who had any hope of fulfilling his dreams yanked out from under him as a kid. Deku was bullied for years and struggling to keep his hopes alive. That is a different kind of difficult past as compared to Todoroki. I can’t even imagine the suffering Todoroki has gone through. His whole existence is basically being a tool for his father’s ego. His most prominent memories of his mother are her crying and her burning him with scalding water. I mean…that is all kinds of messed up.

At the very least it is safe to say Todoroki has a lot of emotional baggage. It’s understandable why he doesn’t want to use his fire in this event to stick it to his father. Of course hard to say how effective that will be regardless. Endeavor just considers this a phase. Though not sure someone like that even understands what a rebellious phase is. It is tough on Todoroki having to shoulder that kind of burden and trying to figure things out for himself. At the very least the stage is set for him to face off against Deku relatively early. So it should be interesting to see how things play out. 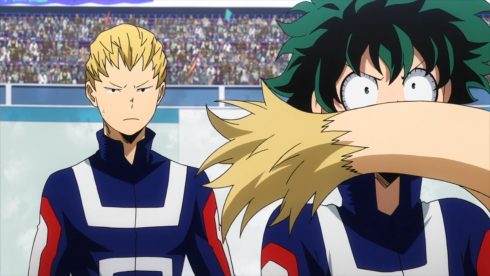 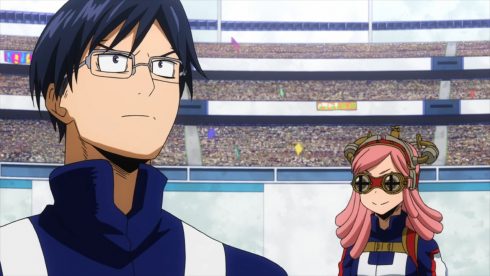 What do you even say about Endeavor? What a piece of work that guy is. Clearly this is someone who for the longest time has been sitting as the #2 Hero behind All Might. I can certainly get being frustrated at that huge wall being there and not being able to surpass it. But it is frankly sad how he literally gave up on ever doing it himself. Though it goes from being sad to despicable when we see what his backup plan was. I mean marrying someone just to get his hands on her quirk and then considering his child as basically a tool for his own ego. What a rotten scumbag. Clearly from what we heard there was nothing positive in that situation for Todoroki’s mother and things went to hell pretty quickly.

I don’t necessarily think that Quirk Marriages are a crazy idea. So long as it doesn’t end up as toxic as Endeavor’s marriage. It’s not as if all arranged marriages are disasters. But clearly when a scummy person gets married for such a selfish and disgusting reason…it won’t generally end well. 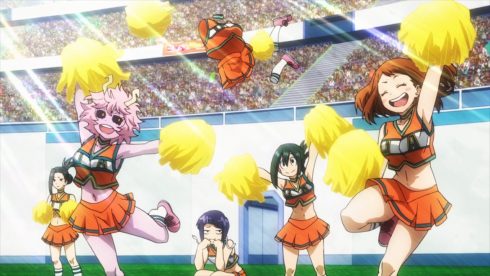 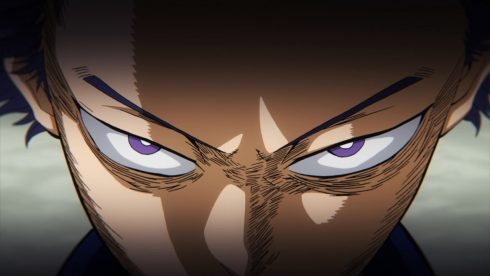 I have to say that was a solid guess by Todoroki on Deku’s connection to All Might. It is what a rational person would say after looking at things. No one would guess that there is a quirk that is transferable. So the next logical guess when looking at the similarities between All Might and Deku’s abilities would be…familial. And considering Todoroki’s faster literally married someone for quirk reasons alone it seems all the more possible for Deku to be a secret child. Of course he was sharp enough to even note the rejection of that theory confirms there is a connection of sorts. And he isn’t even far off. I mean we haven’t heard or seen anything of Deku’s father (that I can remember) and All Might has basically become his surrogate father.

And now we move onto the episodes ahead. Now Deku is facing off against that creepy guy from the general studies. Good luck to him though it seems to be starting off badly. Seems like some sort of weird quirk where responding to a question paralyzes you? They’ve kept him in the dark this whole time and now we’re going to see what this guy is capable of doing. I feel for Ojiro and understand why he withdrew from the tournament. It would feel disgusting to move forward when you didn’t do anything willingly and can’t remember what happened. For his sake I hope Deku smacks this guy in the face. Whatever he did to Ojiro and the other members of his team is creepy as heck. Can’t wait for other matchups too. I mean Ochako vs Bakugo? Oh boy…Some other good ones as well. Bring on the next episode!