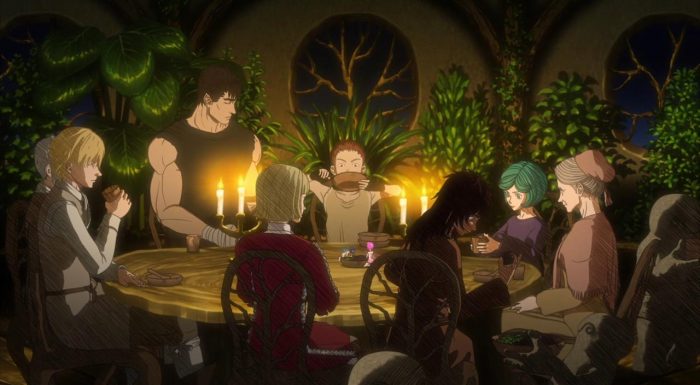 That, my friends, is what we call a massive lore info dump, masquerading as an episode. Berserk is lucky, for if it didn’t have the depth and thought put into its lore that it does, this episode would’ve been boring, annoying and somewhat of a misstep. While it isn’t Berserk’s strongest offering thus far, even from a world building perspective, there is, none the less, some interesting stuff buried in this week’s episode. 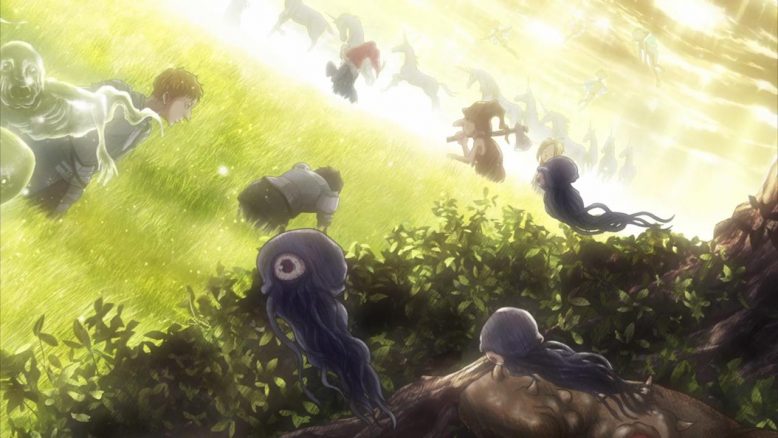 And really, this week’s episode is more or less a series of conversations that serve to explain the current state of Berserk’s world. There’s an explanation about the spirit realm, and its used as kind of device to explain why Berserk was more of a traditional medievil world rather than a fantasy one. The idea of “belief” works, even if it does feel a bit hamstrung to me. Its basically suggesting that man has “forgotten” the true realities of the world thanks to the religion of the Holy See, which kind of echoes Berserk’s whole “we’re in a messed up world where there is no justice or hope” mantra from before. 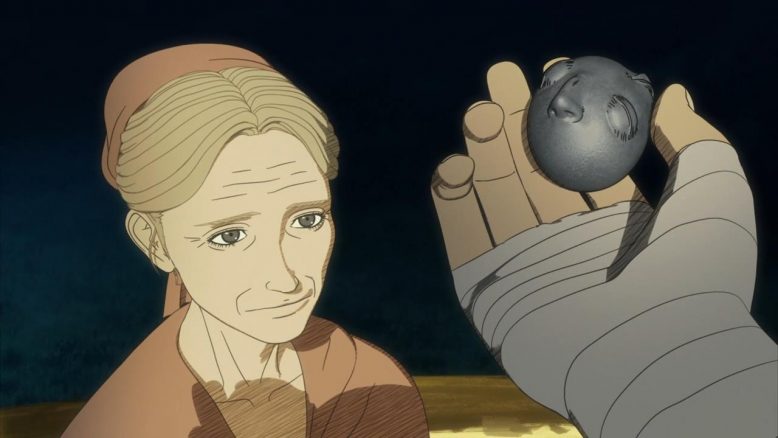 And that entity is what’s really interesting here, because “it” chooses who gets a behelit and when its used. The idea here, of course, is that Griffith’s whole sacrificing of his original band of the Hawk, and his rebirth into the thing he is now, was all orchestrated by this entity. What’s also pretty big, is the reveal that the godhand were all originally human, and somehow managed to become whatever twisted things they are. They also serve the entity it seems like, so if anything, what Berserk is pointing towards is this entity being the major big bad of the world of Berserk.

How Gutts and Griffith play into this whole state of things, is something I hope this story tackles at some point (in whatever medium we can get it in). I feel the aspects of the lore as they revolve around the more dark aspects of the world, the godhand, the sacrifice, the behelit and of course, the Skeleton Rider that we see later on in the episode, THAT stuff is super interesting. 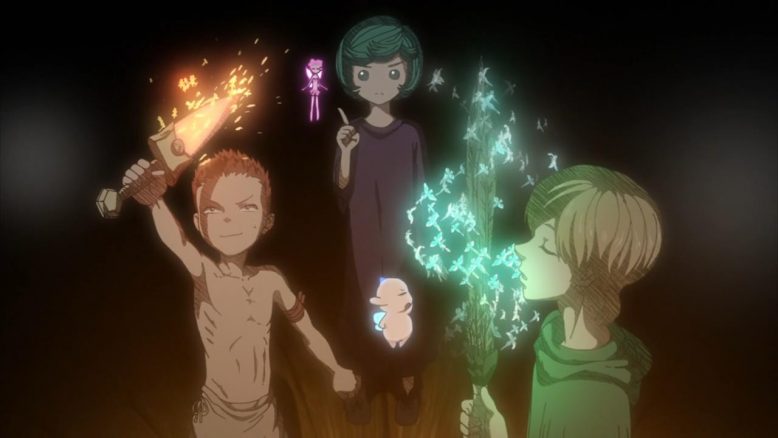 Its also taken a bit of a backseat until now, so it was just refreshing to see Berserk kind of revel in the things that made the story so captivating. Beyond the two conversations that Gutts has with the old lady, there’s also the monent where the “party” gets their very fantasy RPGish weapons and equipment. Serpico and his wind based weapons, Ishidoro and the flame dagger, its all pretty cool stuff, and if nothing else, I’d say the 3D CG and the art direction really shine when they show off this particular aspect of the show. A part of me wonders what this show could’ve done with a bigger budget, and that part always feels a little tingle when we see stuff like this.

And of course, with our party properly equipped, they all head towards the village where the Trolls are seemingly running amok. It’s worth mentioning that I do like how confused and bwildered Schierke is in regards to Gutts. He’s clearly someone that defies all conventional logic as far she knows. To her, he’s like a dead man walking, and the moment where she’s told by her teacher that “that man” is alive, is perhaps the most important moment for Schierke thus far. She may know magic, but she’s clearly a young girl that hasn’t really developed her own opinions and beliefs about how live life. Her encounter with Gutts is definitely going to change her. Its character moments like that, that make Berserk truly shine. 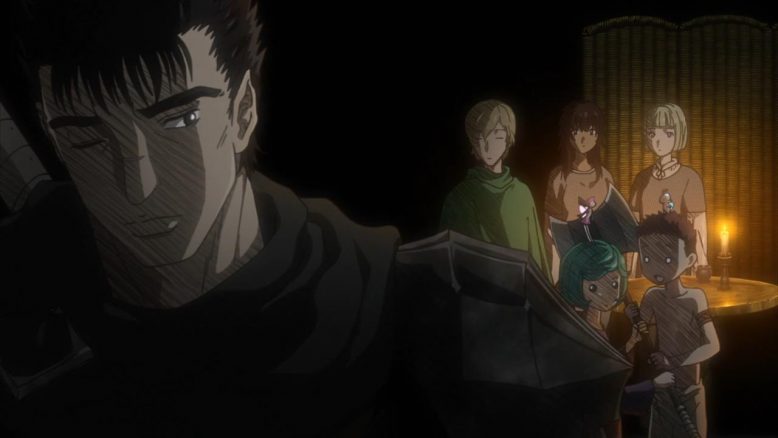 So now we’re off to a battle with these Trolls, which will be where we’ll pick up next week I assume. We’re about half way through the show, and I honestly have no idea how far this show is going to go in terms of story. Is this the last animated season of Berserk for a while? Will we get more post this series? Will this series manage to finish itself off at a decent point, like the first season did last year? The answer to that question, at least, is still very much in the air.