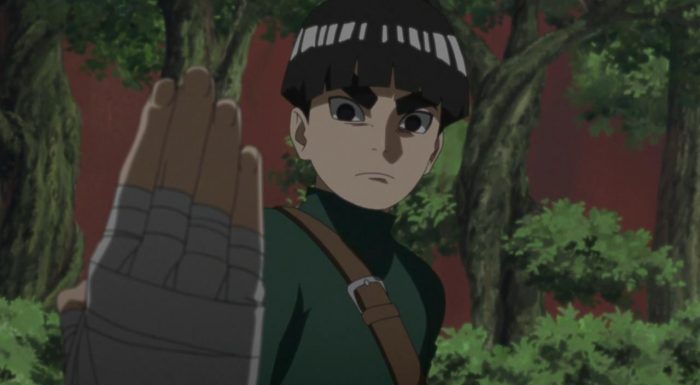 I’ve got to hand it to Boruto, while it may not have the most glamorous look, the show is certainly taking its time to flesh out its cast of characters with some silly little academy stories. It definitely feels like we’re still in the “prologue” of the story, but there’s enough interesting little tidbits and nuggets to keep it all interesting.

And I think the thing that this episode succeeds at the most, is addressing the concern that I had last week, at least for a few characters. See, last week I mentioned that a lot of characters felt like mere copies of their parents, and this week went a long way to differentiating a few key players. While the title may have suggested that this was an episode purely around Rock Lee’s son Metal, the episode itself featured equal development for Boruto, Shikadai and Metal. 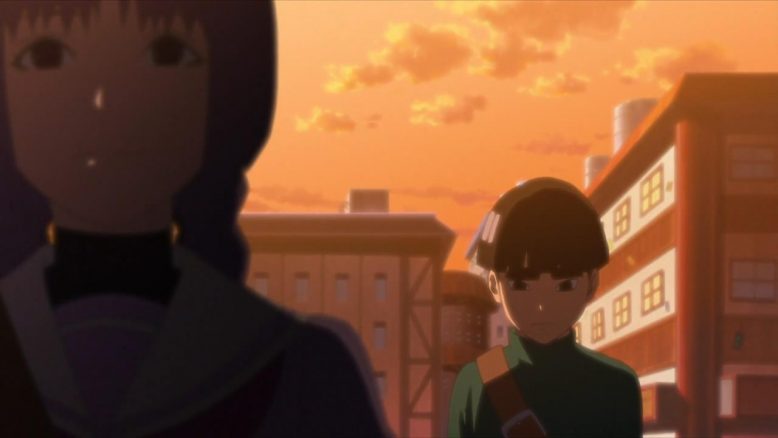 The thing that I like about Metal, is that you can see how his problems may have come from a father like Rock Lee. See Rock Lee was overly confident and very straightforward, and having a parent like that, with straightforward expectations and a very honest way of teaching, would’ve led to someone like Metal, who’s very much got a case of the nerves. Whenever Metal gets anxious, he messes up, and its a problem that a lot of adults have, let alone kids. 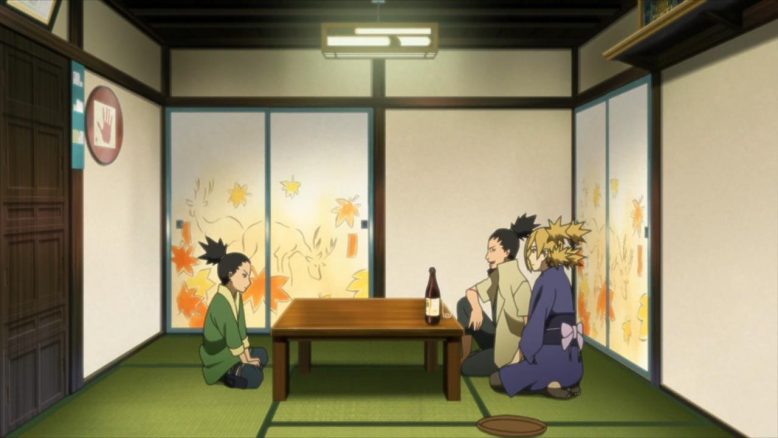 Speaking of which, I love how this episode takes the time to contrast the two, even as it shows the similarities between them. Shikamaru as a person has come a looong way from the “Its too much hassle” loner that we saw in the first Naruto series. He makes calm, insightful and inspiring speeches, and ones that really get through to his son. It makes a lot of sense as to why Shikadai is a lot more friendly and social than his father was at his age, his upbringing.

Of course, half of that upbringing is because of his mother as well, Temari. I won’t lie, Temari seems like a really scary and annoying mom, but the way she acts and basically controls her family, makes a lot of sense given who she is. Its nice that the series via Shikadai mentions that Temari’s little unreasonable angry outburst is not a common thing, because then we’d have a problem. No, it just seems like despite how much she loves her husband and son, they can get on her nerves with their whole “too calm and mature” personalities. 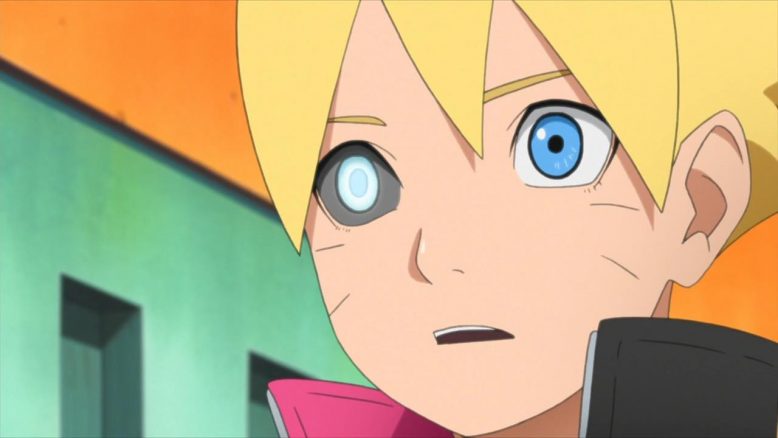 A New Power Has Been Discovered!

We also get some development on the more ongoing story, namely that purple chakra that’s been causing people to act in strange ways. We still have no idea how Denki or Metal actually got that evil aura Chakra, but what’s interesting is that only Boruto can see it.

And that’s really where Boruto’s development comes in, as he realizes that he has a power that’s somewhat similar to what his mother has. It doesn’t seem like its exactly the Byakugan, but its some variation that happened from the criss-cross of the genes between Naruto and Hinata. Of course, before Boruto can actually ask his mother about his powers, Good old dad comes in, and obviously puts everyone in a different mood. 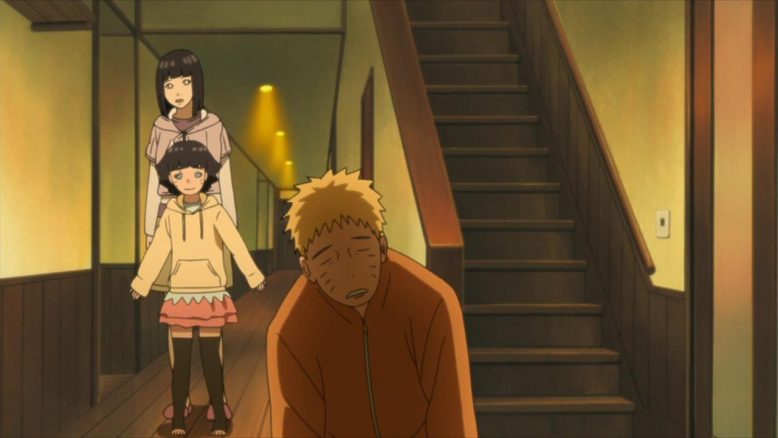 I actually don’t blame Boruto for how annoyed he is with his father. Naruto’s just not a good family man at the moment, and he puts his work waay above his family. I know that’s common with politicians and important people, but I think people like Naruto have to find a balance between work and family. You cannot let one suffer in service of the other. To be honest, despite how tired Naruto may have been, he should’ve struggled and sat at the dinner table with his family. I would’ve preferred if he had at least done that and then fell asleep at the table or something.

As of right now, I totally sympathize with Boruto with regards to his dad. Which, honestly, despite how bad it may make Naruto look, is such an interesting little thing to see. I would’ve never imagined Naruto as a dad, but when he is one, it kind of makes sense that he’s not great at it. 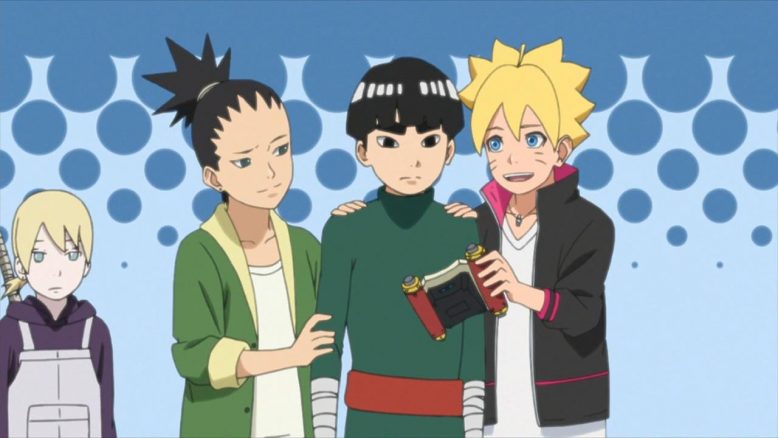 And there we have it, Boruto is trucking along. There’s the ongoing mystery of the Purple Chakra, and there’s still more cast members to get through, so it’ll be a while before we get to the point that we see in the ED theme, and that we saw in the Boruto movie. And I’m kind of okay with that. If Boruto provides decent episodes like this, I’ll keep watching. I’m sure things get more interesting later on in this story.