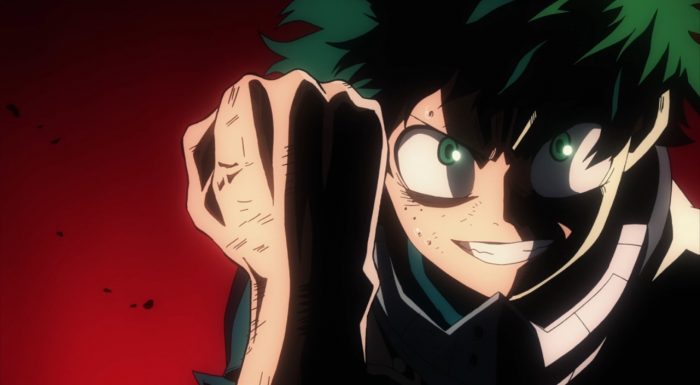 Well the Spring Season has arrived whether or not we’re ready for it. Boku no Hero certainly has wasted no time getting out the door and allowing us to get back in with Izuku and company. It is good to see Deku again and good to know where the story is heading right away. The focus is moving pretty quickly to the upcoming sports festival which is frankly on a scale so big that they probably shouldn’t even consider it a school sporting event XD. I guess that there might be an effect on events like the Olympics after the sudden development of super powered people. It might be tricky to adapt to the new reality and special powers. And in a world that is so hero focused, I could see this kind of young hero event being such a big deal for people. 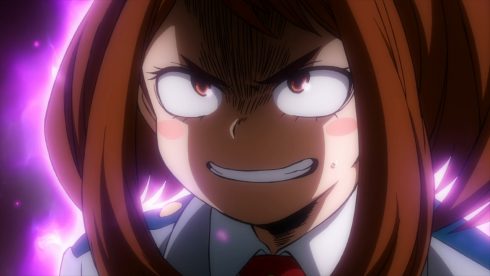 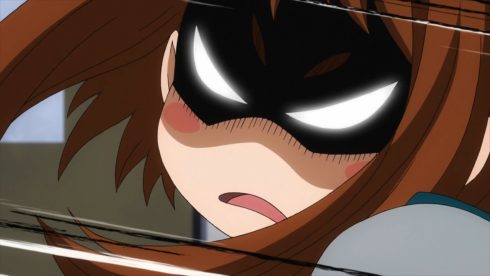 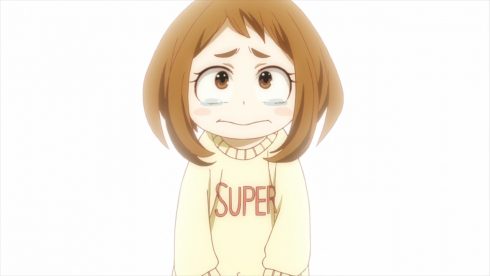 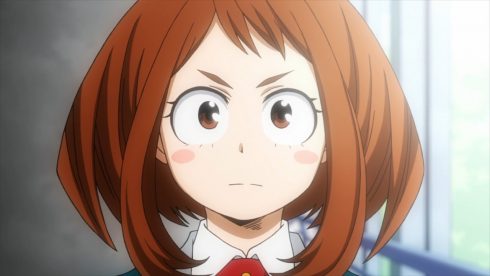 An interesting focus in this episode was on Ochaco who in the first season didn’t receive much development. We finally get into her head a bit and find out why she wants to be a hero. And it’s a pretty realistic and normal reason. In a sense heroes are the professional athletes of that world. They have fame, fortune, and take on risk for that purpose. Becoming a pro hero is on that level that if successful you can make a lot of money and support your loved ones. You have people who get into it as a family business, those that want to save lives, and those that want to help their families.

I can understand why Ochaco’s parents didn’t want her to simply focus on becoming a construction worker. While yes she is still working for their sake and to support them, it is a path she herself chose. And it is a path where she can do things she wants to do while also being able to help out her parents. I’d guess from that flashback that she had been interested in heroes (like everyone else) and yet still offered to ignore that to help her family. And her parents were just encouraging her to follow her own goals instead. Good on Ochaco for wanting to help her parents and good on them for not wanting to shackle her to their livelihood. And regardless it was hilarious watching her get all hyped up for this event. 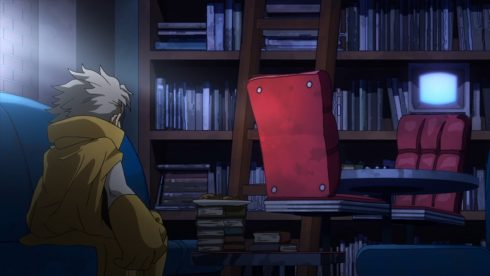 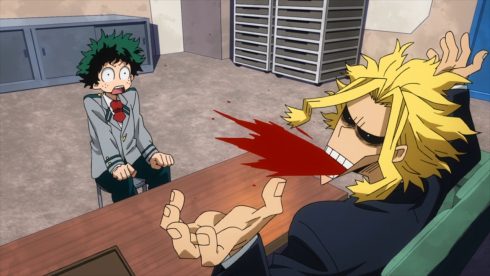 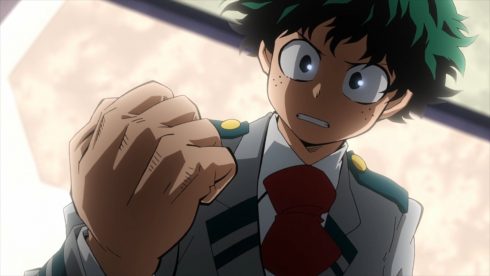 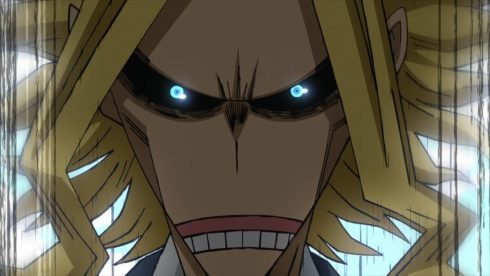 The start was pretty much recap, but also added an interesting element. We see/hear a letter from All Might and find out his real name is Toshinori Yagi. Of course I am interested in seeing more of this guy in the future when the time is right. I’m not sure how many really need a bit recap here, but I suppose it isn’t the worst thing in the world. At least they used the recap in order to actually forward the plot a bit and drop some hints as to a future key character.

The bigger thing with All Might is that his activity period is really dwindling. Before the attack by the Villain Alliance he had something like 3 hours of activity time. Now it’s more like 50 minutes of serious action and maybe 90 minutes if he’s just keeping in the muscle form for public appearances. At this point he really can only stay active long enough to teach a lecture or a quick combat class. And if he goes around helping people on the way to work he basically can’t show up in public at all. It’s going to become a much bigger problem in the future. All the more pressure going on Deku to grow faster in order to be able to replace All Might when he has to retire. 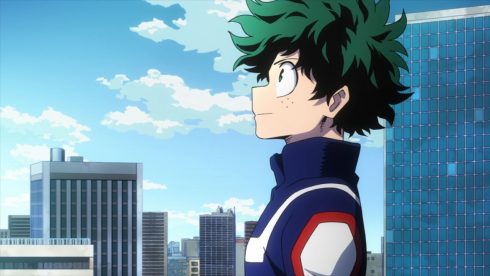 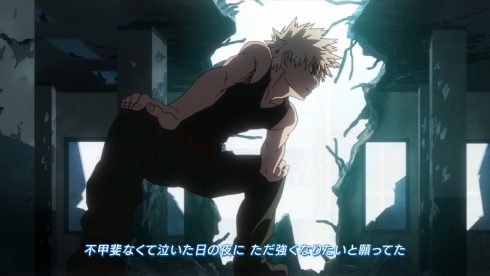 The new OP was decent enough. Honestly will have to see how it holds up over the next few weeks. The song is just pretty average in my mind. Visually it was certainly an interesting move to just have the main cast stretching on their own. It does allow for some buildup.  And then things start to pick up part way through the opening sequence. You just get the feeling the cast will be dealing with some tough moments throughout season 2. 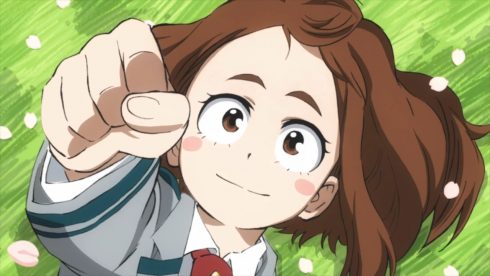 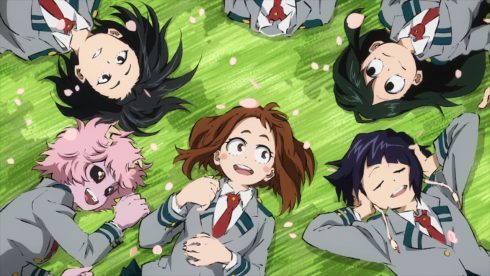 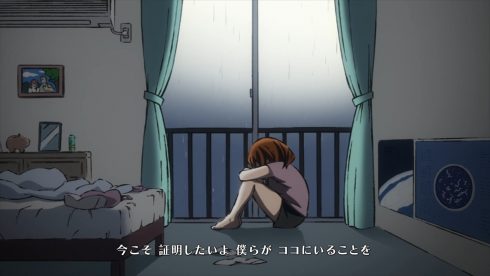 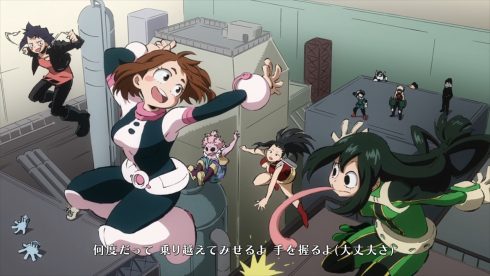 The ED was kind of cute. At the very least I liked the song more than with the OP. It was just something enjoyable that I could see myself continuing to listen to through the season. It does focus basically on the female cast and especially on Ochaco. This isn’t just some silly fanservice thing though. Just something I could see going on. The cast just going around training, walking around, and Ocacho looking a bit worn down. Maybe she’s going to have a particularly tough time this season. 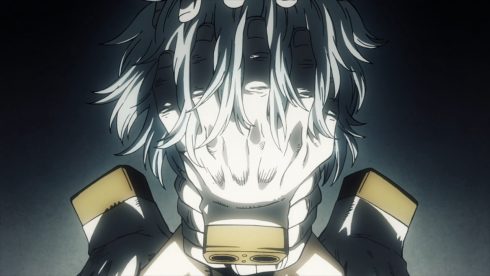 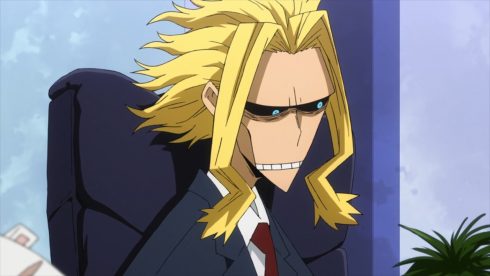 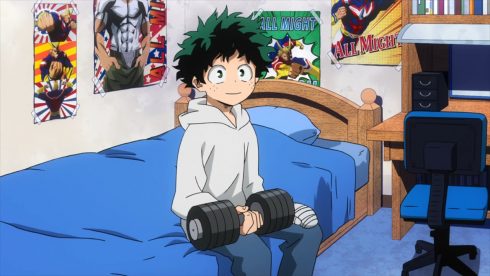 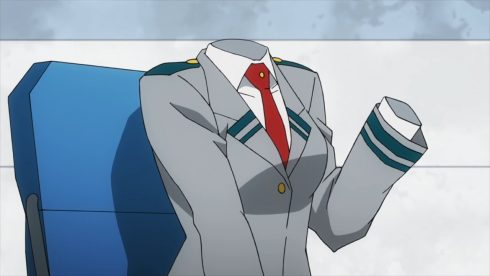 In terms of a first episode it was pretty decent. It functioned a bit as recap, but also showing that the focus is moving forward. Now we’re heading into this sports festival things are going to pick up in a hurry. We’re talking about a bunch of young kids with superpowers competing against each other. That has to be a fun thing to see. And the show did a solid job setting up the kind of threat that Shigaraki Tomura represents. A kind of man-child that is plenty dangerous. It is kind of scary that there are those so desperate that they will rally around someone this unstable. Anyways I’m looking forward to what else S2 has up its sleeves. Odds are good I’ll be picking up S2, but you never know if surprises might happen.