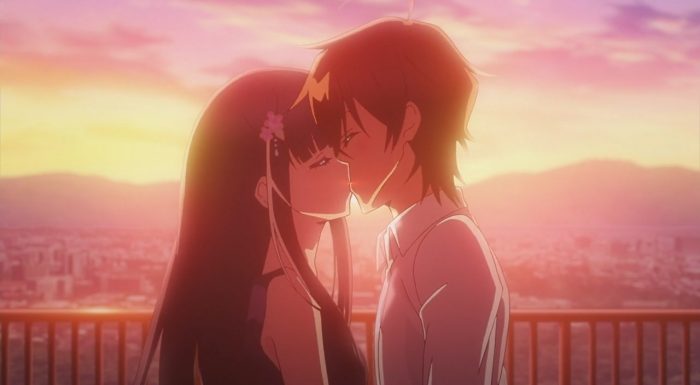 It’s finally over! We made it! It is sad when a show basically elicits this kind of reaction after the last episode. This just isn’t a case where I can say I’m sad there aren’t more episodes or that I’ll miss it. Maybe 20 episodes ago that might have been possible to say. At this point though it is more pure relief that this is the last episode I have to discuss. I’ll save the post-mortem for the end of this post and focus on what we actually got. What we got wasn’t a bad last episode. It certainly focused on its message and in some ways was actually annoying. This episode felt like everyone behind it was saying “wow we did a great job”. As if they couldn’t comprehend how utterly bad the past dozen or so episodes really were. Though at least we end on a positive note? 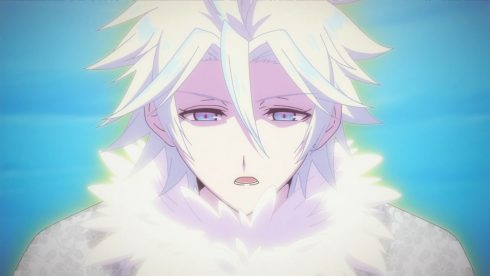 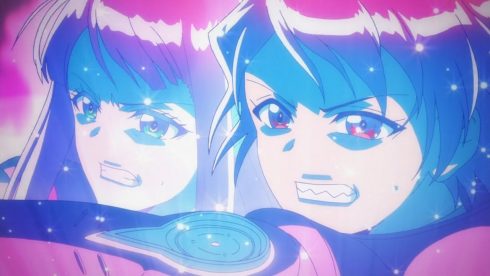 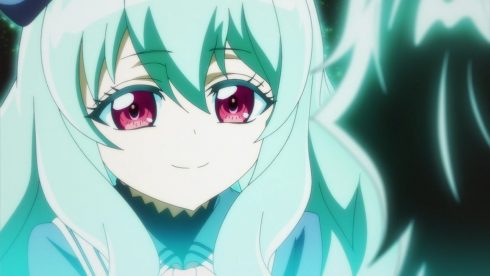 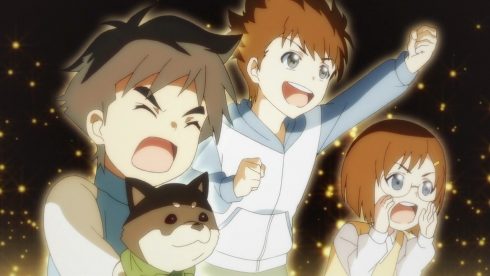 I mean it wasn’t a bad episode in terms of how it overall played out. It was pretty cliché at times, but clichés are bad so long as you try to use them well. I do kind of wish that while they were debating with Seimei that they just threw out “you are murdering billions so that hundreds can have an ideal world to live in.” Even if he can try to argue that life will be more peaceful and less atrocities committed…how does he rationalize that? Anyways it was nice enough seeing Rokuro and Benio standing together and doing everything they could.

Well predicted that Sae certainly had a role to play in all this. I suppose that was a given since they were literally fighting on the tree she is a part of. There are questions of how everyone suddenly went all spiritual and presumably gave these two their energy, but I’ll presume Sae was responsible there. That she somehow hijacked the entire tree and allowed everyone to in spirit stand with their friends and support this effort to stop Seimei. If nothing else it was nice to see that so many were actually still alive. Even the random exorcists turned to stone a long time ago and probably should be dead at this stage. It wasn’t bad to see Sae again. She wasn’t really the problem with this show or how everything went wrong. 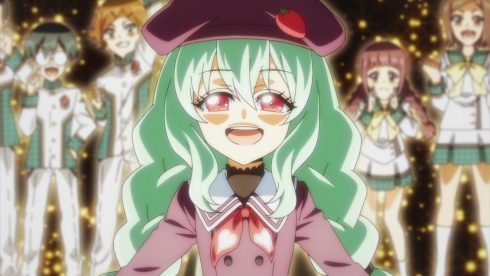 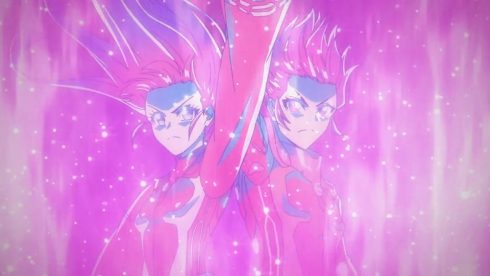 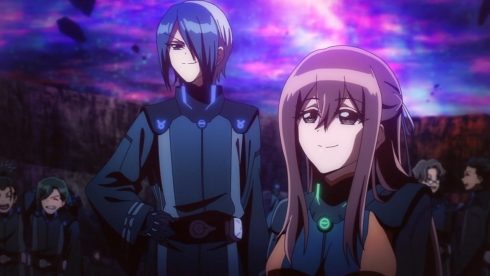 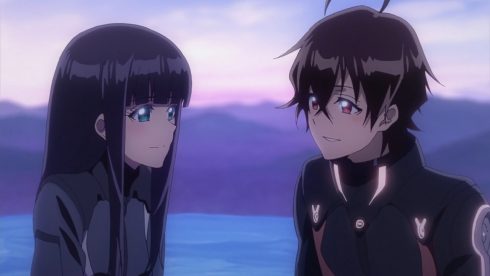 So the heroes save the day and that’s all well and good. I’m less excited about no one thinking about taking out Seimei before he went back into hibernation. Wouldn’t that be a good way to deal with the future threat to the world? Oh well I guess like most people they can toss this problem off to the future. It was an interesting mix of amusing and kind of troubling to see Rokuro and Benio basically flirting with the enemy right there in front of them. It was a nice moment in a way and certainly cute. But at the same time…again the guy who tried to kill billions and brainwash the remainder is right there! In the end I suppose he wasn’t interested in continuing on after his plan was scattered. Kind of generous of him really since I’m sure he could have killed those two without trouble.

At least the present is safe. I would have loved to see the world going nuts about the events of this original arc. I mean you had a city lifted to the sky, monsters coming out of portals, and the entire planet going straight to hell with people turning to stone. It is an utter nightmare. But I suppose they didn’t care much for tackling that and instead wanted to end on a positive note. Dealing with the consequences of that kind of world changing event probably isn’t something they were ready to deal with. Much simpler to focus on a positive wedding and end with a “and their battles will continue!” It is a bit cliché, but easier than the alternative. 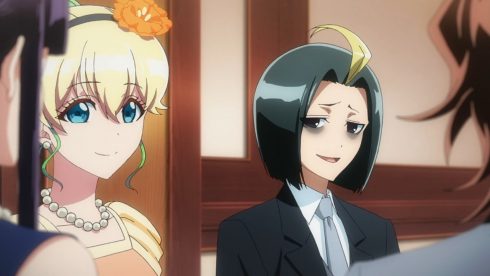 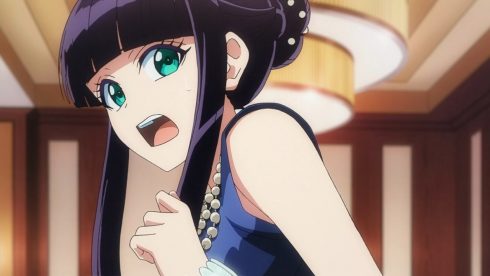 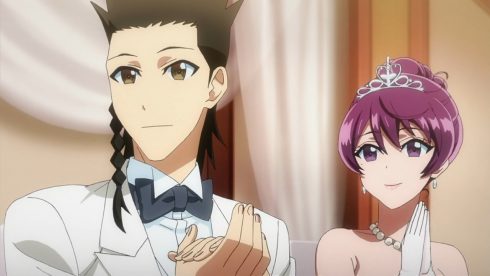 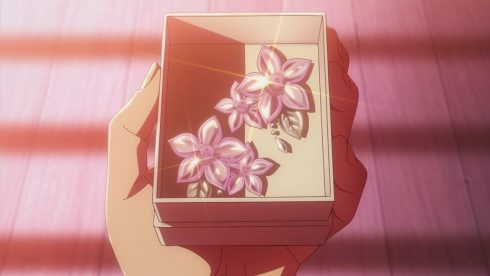 Nothing against the wedding either. It was at the very least a solid means of twisting expectations. The writers for this arc were kind of obsessed with constantly going against expectation. At least here it was more of a silly and fun. A good enough joke to go with I think. They took “wow they are pushing Rokuro and Benio into marriage already?” and went straight to just Ryogo getting married. It does make sense since they really did push this original relationship the whole time. Though I’d hope it wasn’t just so they could pull this joke at the end. It isn’t bad seeing people after a crisis grabbing for happiness.

And not bad in the sense that Rokuro and Benio have that moment at the end. The one benefit for an original ending is that you can lock up things that normally the source material can’t afford to settle with yet. And certainly after going through 50 episodes with these two, I’m glad it worked out. If this whole thing ended and they weren’t together that would have been an utter frustration. 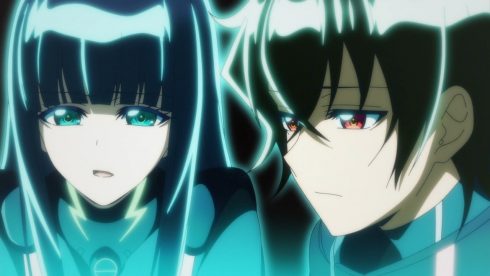 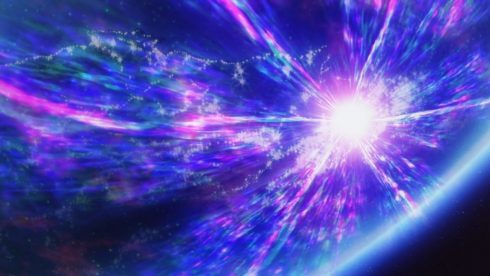 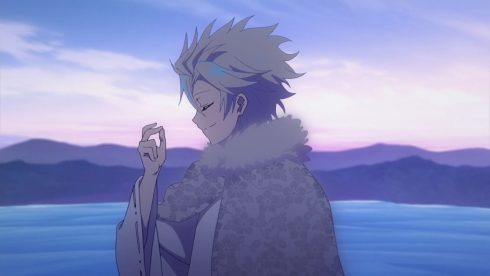 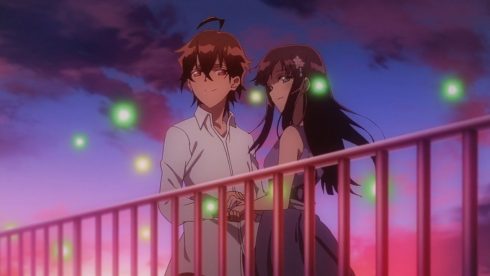 I’m still glad this is finally over though. I’m not sure what the point that the show really went downhill was. The original arc wasn’t that bad at points. It wasn’t great, but I think up to the point Sae vanished it was solid. In some ways would have liked them to get to a decent stopping point and let that be that. I get wanting to go the original ending route. When you don’t expect a sequel it is nice to release something finished so you can sell a complete series. And that can be fine if the ending and final arc are decent. This isn’t one of those times. I think things really went off the rails when Rokuro found out he wasn’t human. After that it was one dumb decision by the writers/characters after another.

I just reached a point where I couldn’t even truly like what Rokuro and Benio were trying to do. The story getting to the point where it seemed more about saving each other and utterly ignoring the state of the entire planet they are living on. Benio taking an utter ridiculous gamble that the villain didn’t really plan on sleeping with her and that Rokuro would make his way to her. That everyone gathered together to save Benio and within 3 minutes they were all left on the sidelines…There was just so many things that went plain stupid in this last arc that made watching it utterly frustrating. 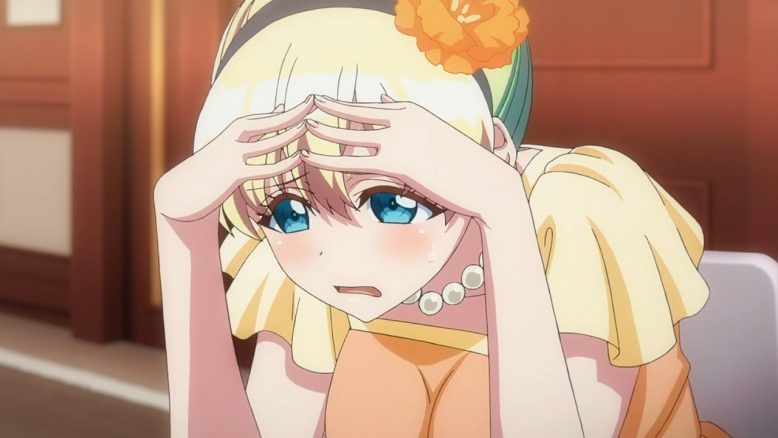 Somehow we made it…

The whole show wasn’t bad. The first half at least was pretty good. I don’t think the anime ever reached the level of being amazing, but it was good for long stretches. Time was spent fleshing out characters and giving fair development. The whole Ryogo romance was something they didn’t have to do, but by doing it they fleshed out his character more. I liked the action for many parts of the show. The characters were likable until…they weren’t. It is just a show that frustrates. There is wasted potential here. I think watching up to and maybe a little after the time skip is the best experience for this series.

In all honesty I am glad that this is finally over. Even the last episode which was arguably decent, felt exhausting because of the lead-in to it. That’s not to say it was a horrible experience. The show up to the point it went off the rails was good and worth watching. Will be curious to see how the manga unfolds and follow along from there. It’s just going to make for a very difficult experience in reviewing this show as a whole later…Well goodbye Sousei, you were a strange beast.