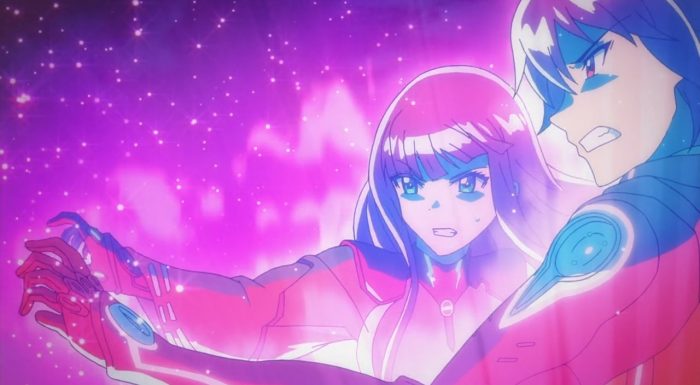 One more to go people! This episode basically unfolded as one would expect. The focus was on saving Benio, leading into some romantic comedy segments (while Arima is basically being killed offscreen), and then finally having the two of them remember that the world might require being saved. I get the focus the emotions that will be lost and the memories. For those two that is a major concern for them. But why is everyone still forgetting the billions of people who aren’t even getting that kind of treatment? Even if his plan didn’t require emotional mind wiping that cost would still be too high to pay. But whatever, as long as Benio and Rokuro are actually trying to do something useful it is all good. 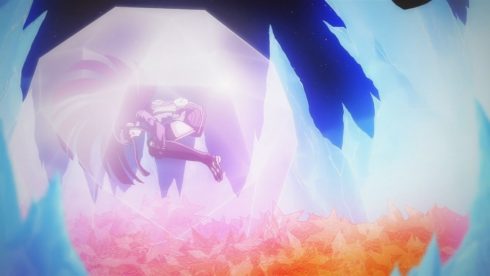 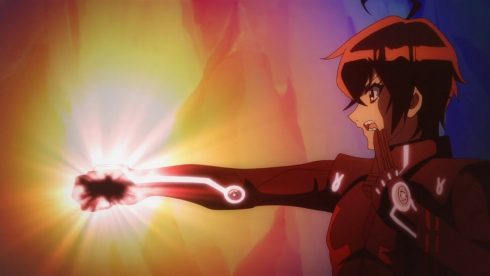 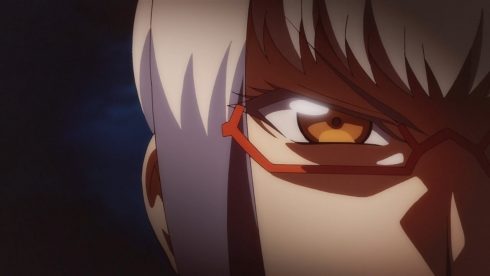 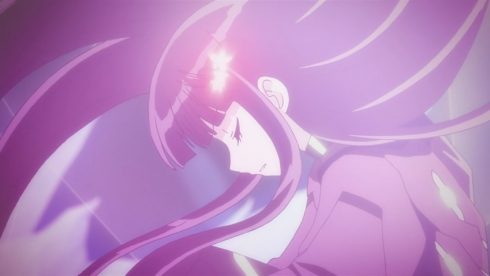 It’s nice that Benio had some kind of plan here. I can’t help but nitpick at the specifics of her plan. This plan worked based on the assumption that Abe no Seimei would seal her up in some way. It was a perfectly functional plan for this exact situation that she couldn’t have possibly predicted. What part of his words in making that offer screamed “I’m putting you in a crystal cocoon”? Wasn’t the clear term he was throwing out going much more in the direction of forcing her to sleep with him? What is she even doing chilling in a cocoon anyways? Is Abe no Seimei just freaking lazy? Oh well, in the end the plan worked out. It’s a bit ridiculous and I still have less respect for Benio throwing away the lives of humanity like that, but whatever.

I then have to throw my hands up in the air at the mention that he took the energy from Benio while she was in the cocoon. Thus he reveals the fact that his line about her having to sleep with him was a freaking lie! It was just the writers messing with the viewers to try and create emotional stakes for something that didn’t even exist. Just shame on the writers for pulling all this nonsense. No one actually wants Benio to have to do that of course, but just don’t even bring it up then. Clearly it wasn’t necessary. You can make an emotional scene over Benio seemingly selling out the human race. That’s something that could still lead to the same move of Benio having a backup plan. What was her plan if he made a move on her the moment she showed up? 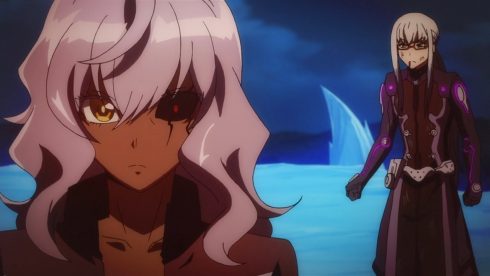 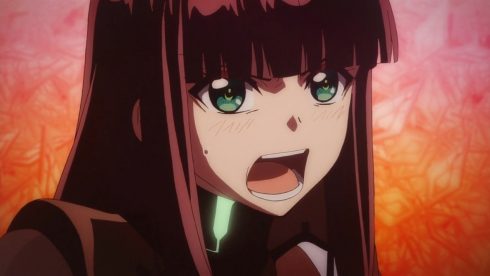 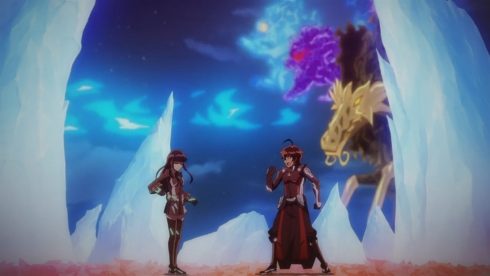 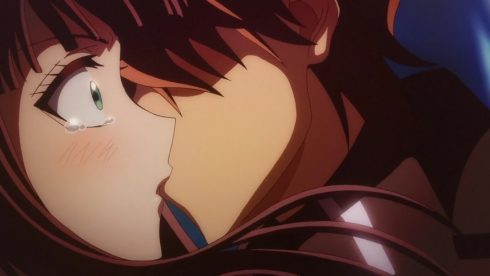 So let’s at least turn to Rokuro and Benio and try to ignore the nonsense surrounding them. It isn’t a bad thing having the two of them get an emotional scene together and finally work through things. Of course they didn’t actually have Benio be remotely bothered that Rokuro went and fought/killed her brother without her…On the other hand at least they called each other idiots because frankly that’s what they have been for the past several episodes. I can’t say either of them have been doing things very intelligently. And frankly it wasn’t a bad thing for Benio to throw in Rokuro’s face how utterly isolated he made her through his own soul searching. Sure it all kind of worked out for him, but not so much for her.

I can’t say the whole kiss and romance angle worked that well because of the surrounding situation and episodes. If they actually went ahead with this when they teased everyone a few episodes ago I probably would have been more behind it. At this point you have people literally fighting for their lives and to save the world while these two are having a couple’s timeout. It is nice that they didn’t go through the whole show without giving them at least one kiss. And it is nice for them to be open about their feelings for once and to have that taken care of. Now we can move towards them saving the world. 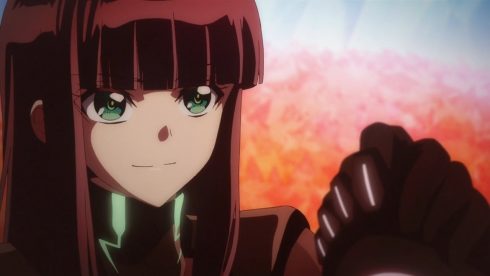 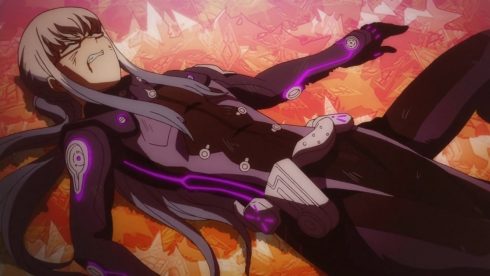 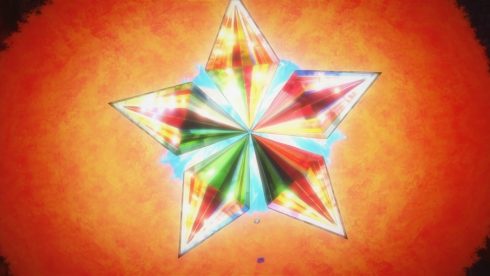 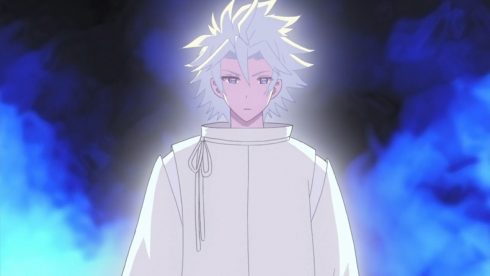 Not much to say about the conflict with Abe no Seimei. Not sure what the show is going with in terms of “kegare aren’t all that bad.” I’m sorry who slaughtered Benio’s family again? How many corpses are behind the existence of each and every Basara? Even the fun dancing Basara had to come into existence via the deaths of a lot of people. Did Rokuro and Benio black out and forget the first half of the show? Now sure it is fine to throw out that not every kegare is bad, but when 95% of them are trying to kill people I’m not sure that holds up.

Anyways it looks like they’ll find some way to resonance their way to victory. Even though they threw out the whole “life power to gain spell power” I doubt that Rokuro and Benio will have their lifespans impacted at all by this. What I am curious to see is how well they manage to deal with the crisis. Also curious to see how they’ll stop Abe no Seimei from trying to do even more harm. That guy doesn’t seem to be buying into the peace and love angle. Whatever they are going to do clearly it will resolve in the first half of next week’s episode. Then they can go epilogue on us. Just one more episode…