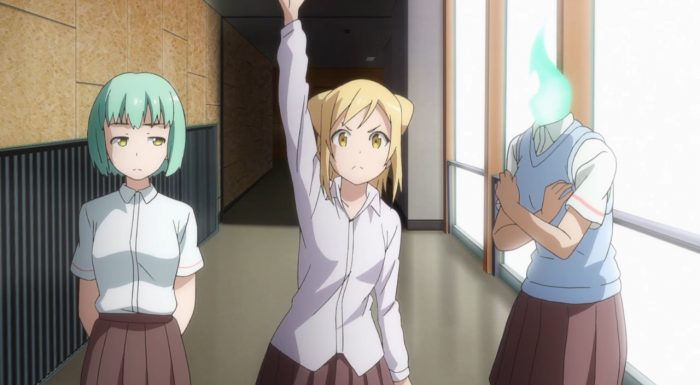 If I were to pick a funniest moment out of this episode, in my opinion, it would be Satou-sensei spitting out her coffee when Hikari tells the group that she kissed Tetsuo on the cheek. There’s an amusing range of reactions with Yuki being disappointed (“on the cheek? Oh, my sister does that all the time.”), Kyouko being innocently envious and thinking she should try that, and Satou-sensei struggling to maintain her composure in public before venting her jealousy in private. 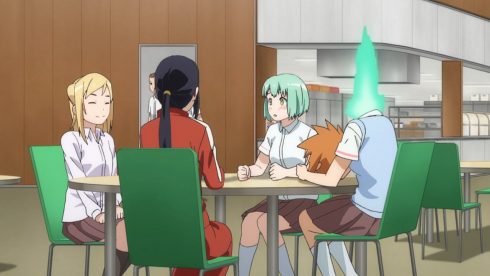 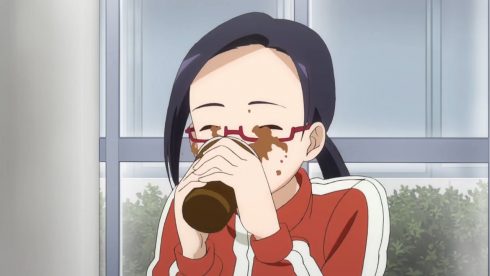 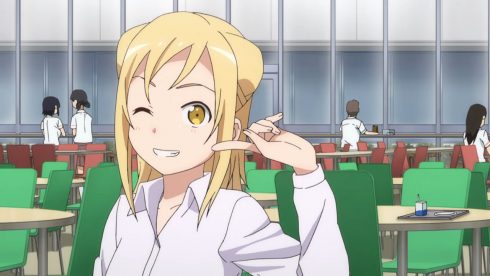 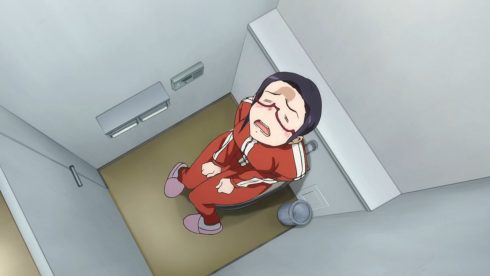 This is Kyouko’s episode, and one can see fairly quickly that her mild cluelessness about certain things is going to get her into trouble. See, it wasn’t actually ok that Hikari kissed Tetsuo. Between the two of them there was no problem, yes, because they both knew she didn’t mean anything by it. But it could have caused him a lot of trouble had the wrong people seen her do it. And so, that means it is not ok for Kyouko to try to kiss Tetsuo, and hope he’ll dismiss it as a joke. And even ignoring the ethics for a moment, there’s the fact that Kyouko is not Hikari: she can’t pull off Hikari’s energetic prankster attitude. A kiss from her would be interpreted entirely differently than one from Hikari. 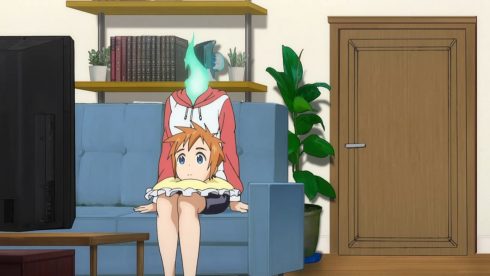 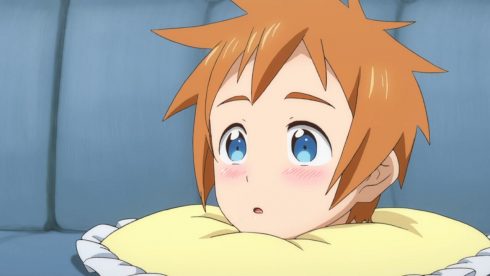 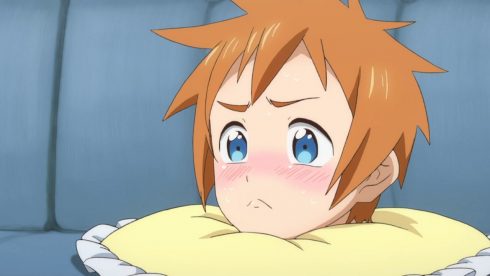 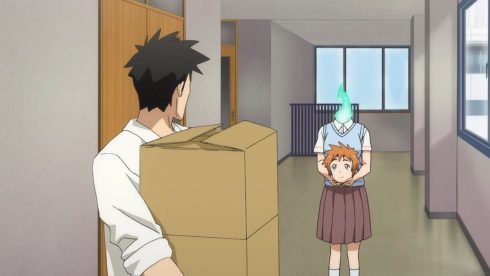 Unfortunately, Kyouko doesn’t stop to ask me for advice before she tries to carry out her plan. Nor does she stop to think this plan through very carefully, or analyze the situation in which she’s trying to carry it out. If one is going to do something like this, one should properly consider the time and place. She fails all this pretty spectacularly. At least she doesn’t get hurt in the process, but Tetsuo’s panicked reaction of dropping everything to try to catch her head, and then angrily scolding her to be more careful really shakes her up. And while I hate seeing her driven to tears, I have to say I think Tetsuo is right in scolding her. What she was doing was stupid and dangerous. She was acting on an impulse, without thinking it through at all. And while it hurts to be yelled at by a person who is usually kind, sometimes a scolding is for your own good. That said, Tetsuo isn’t proud of himself for letting his emotions get the better of him, and he is the first to apologize when Hikari makes the two of them meet up again. 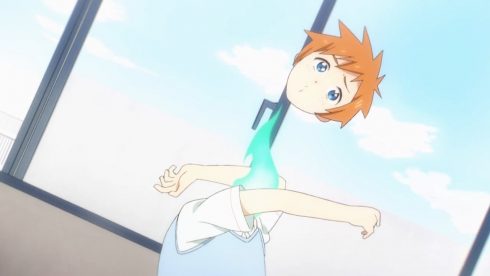 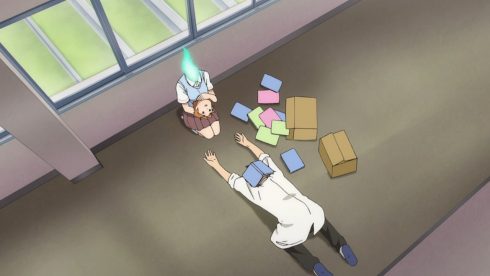 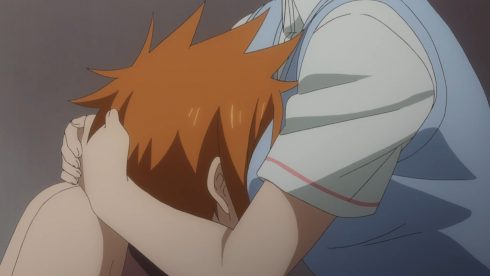 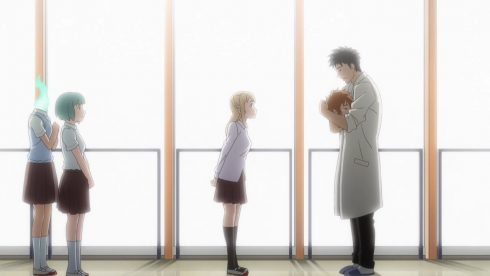 The second part of the episode involves Kyouko and Tetsuo taking a trip to the university Tetsuo attended to visit one of his former schoolmates to get a second opinion on how Kouko’s unique Dullahan traits work. I admit, that’s definitely something I’ve been curious about, as her physical situation is definitely the most abnormal. And given physics as we understand them and the evidence presented, Souma’s initial theory seems reasonable. The idea of a wormhole, of Kyouko’s neck existing outside of our three dimensional space, is theoretically reasonable. Her head could travel any 3-dimensional distance from her body, because in that other dimension, where they are connected, neither of them has traveled any distance from each other at all. That much works. 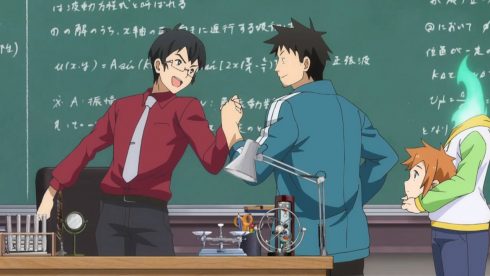 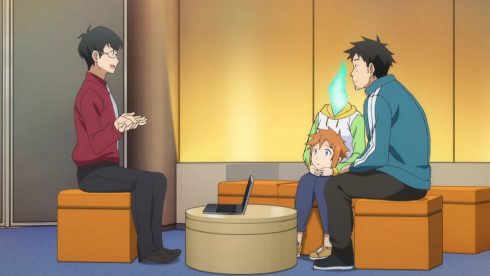 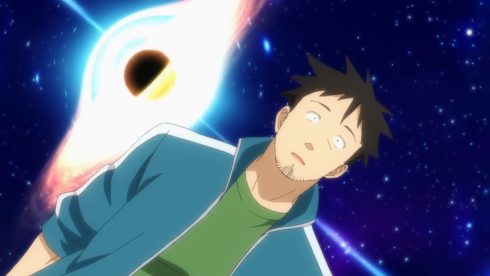 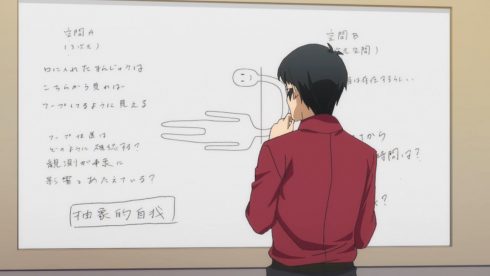 Unfortunately, it’s where he goes after that that breaks down. He goes off on a spiel about how observation can affect reality and how it proves the significance of humans in the universe. He seems to essentially build his life philosophy off of it. The problem is that he’s completely wrong. “Observation” used in the context he was referring to does not require humans in any way. There is an immense degree of complexity involved (this is quantum mechanics, and it breaks peoples brains), but on a simple level it could be stated that what causes the changes which Souma incorrectly attributes to Human observation is actually anything that interacts with the system that is being changed. For example: since light needs to shine on things in order for us to see them, particles and waves at the sub-atomic level are going to be changed in some way because they interacted with that light.

Ahem. Sorry for the rant, but that just bugs me. It doesn’t come across as the author trying to make something up to justify a weird plot element in his story, but rather the author trying to use real science to justify his fiction and not realizing that he’s gotten it wrong. Or at least not realizing it until it’s already published, and all the nerds among his readers write in to tell him more about quantum mechanics than he probably ever wanted to know… 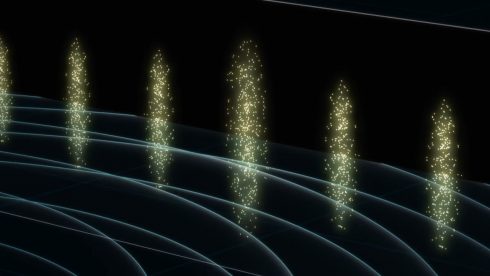 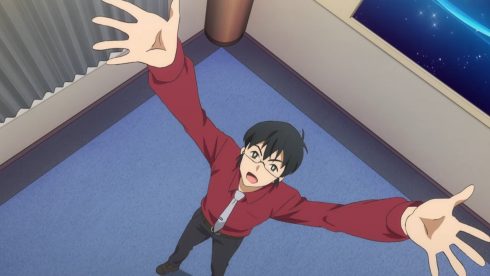 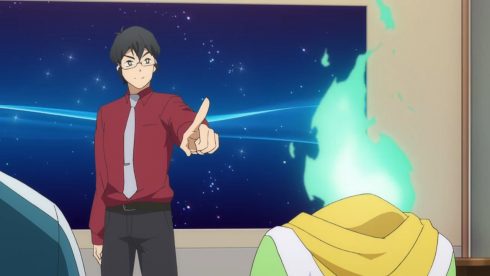 Putting that aside, it is good to see Kyouko get inspired and start thinking about her future. From a schoolwork perspective she’s pretty smart: after all she was able to become the top-ranking student in the school just by deciding to apply herself a little more. If she chooses to to follow this path of research; if that’s really what she wants; I think there’s a lot she could accomplish. 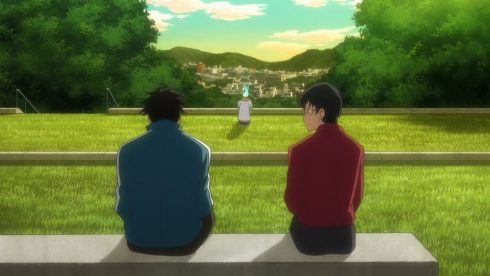 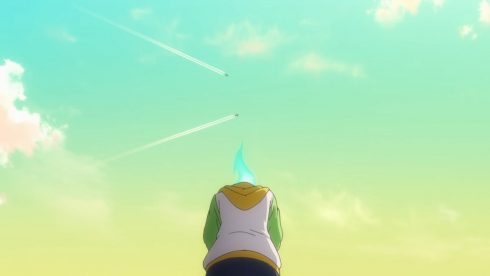 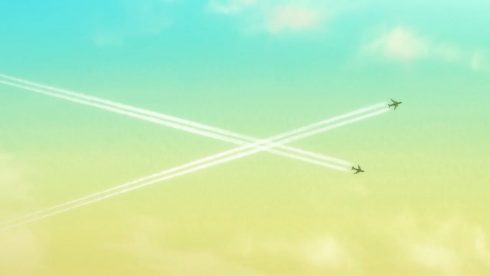 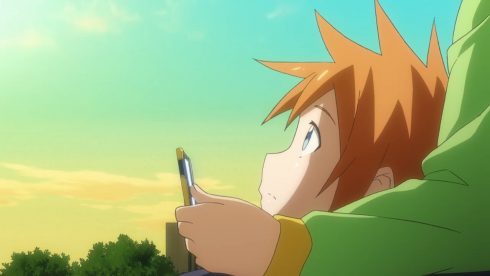 All that said, and I haven’t even touched on the vice-principle who’s hovering around creepily in the background, looking at Tetsuo disapprovingly. At least, I think it’s disapprovingly. He certainly gives that impression. I don’t know for sure what he’s up to, but it’s easy to guess that he may think Tetsuo is getting too familiar with the Demi students. That could mean drama. Let’s be ready for whatever may happen in the next episode. 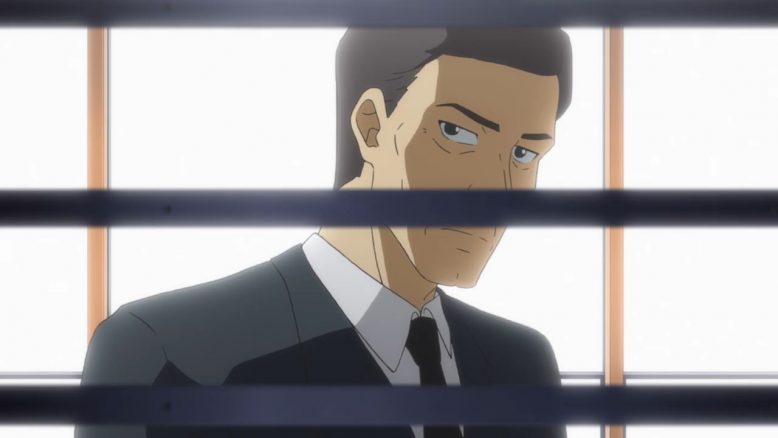 Yeah, this guy. He may be trouble.