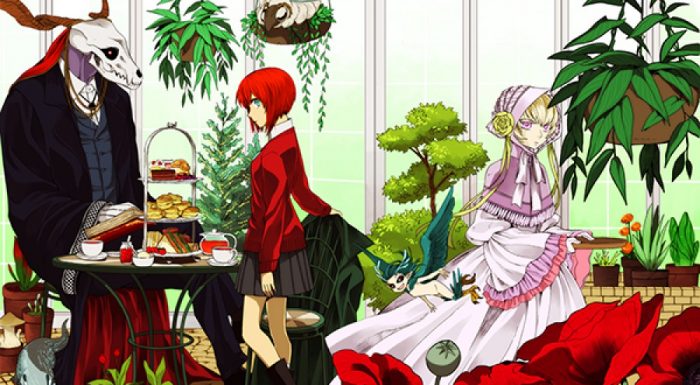 I can’t tell you how delighted I was to hear the news that a full length anime adaptation series has been announced for The Ancient Magus Bride. What is more, it is going to be two cour in length, beginning in the Fall season of the upcoming year (2017), streamed by Crunchyroll (who is already streaming the prequel OVAs – two out of three are available at the moment for premium members, I have heard) and done by the same studio and staff that produced the excellent OVAs thus far.

For those unfamiliar with the story here is a summary of the manga by Seven Seas:

“Chise Hatori has lived a life full of neglect and abuse, devoid of anything resembling love. Far from the warmth of family, she has had her share of troubles and pitfalls. Just when all hope seems lost, a fateful encounter awaits her. When a man with the head of a beast, wielding strange powers, obtains her through a slave auction, Chise’s life will never be the same again. The man is a “magus,” a sorcerer of great power, who decides to free Chise from the bonds of captivity. The magus then makes a bold statement: Chise will become his apprentice – and his bride!”

A new key visual has also been released for the series: 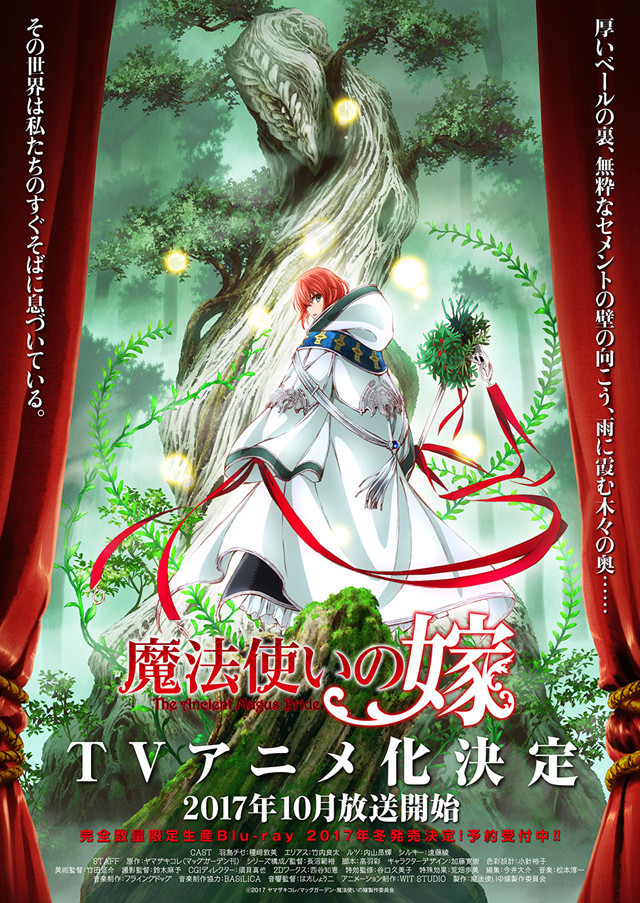 For those who are interested here is a link to the review of the first of the Prequel OVA’s: http://www.anime-evo.net/2016/09/11/mahoutsukai-no-yome-ova-01/