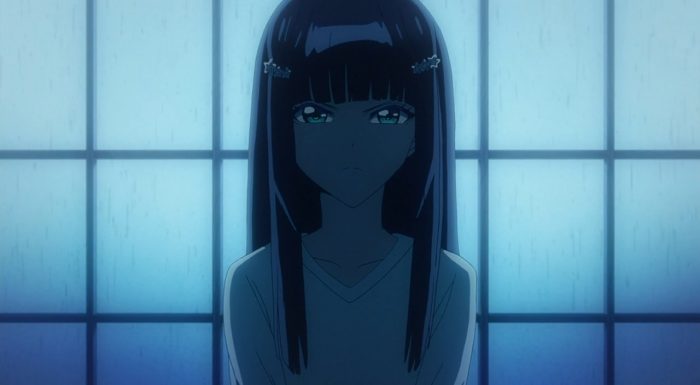 What the heck was that? I went into this episode intending to try and have fun with it, but what the heck was that? Is this really where we’re going at the end here? An apocalyptic scenario is what we’re going with? Oh and the villain wants to have sex with Benio. Because of course he does. Of course Abe no Seimei has to go with the most cliché of villain plans ever. First he wants to resurrect himself and then end the world. I mean seriously how freaking selfish is this piece of garbage? But this is the idiot who thinks turning people into colorless zombies (literally they have no color) is a good plan. This is our last boss people. Remember when the most uncertain aspect was the idea of pushing two kids together to have a savior child? I miss those days. 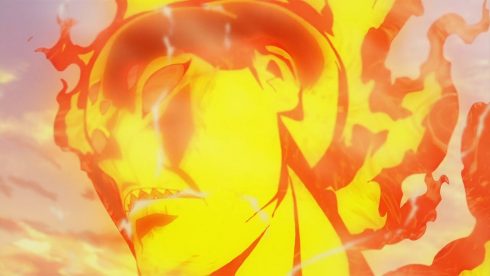 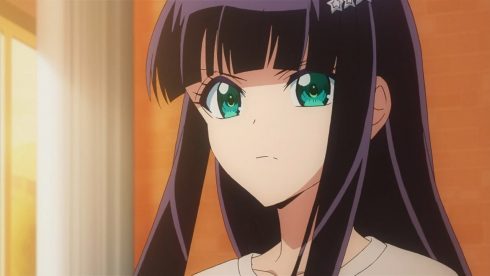 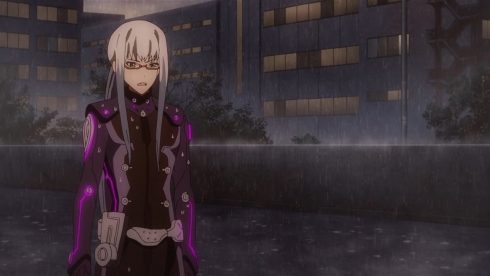 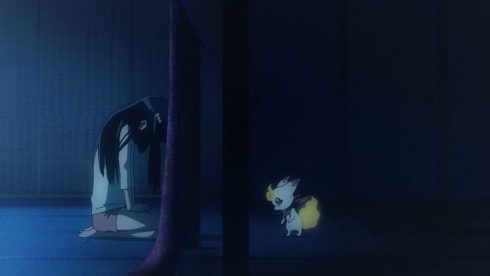 I will say the best part of this episode was Benio literally just ignoring Arima. That was refreshing. Just…shut up Arima. It was you and Rokuro being selfish idiots that contributed to this mess in the first place. You don’t even get to ask Benio anything or tell her what to do at this point. If you hadn’t stupidly knocked her out then maybe they find a better solution to this. If nothing else Benio got a few chances to just be a factor in things. She was aggressive at points and didn’t sit around too much. The second she saw Rokuro on the TV she was off and getting involved. Things were hardly perfect in this episode, but at least she did get that chance.

Now it wasn’t all great with Benio. Apparently she needed to lay around on the floor of her old place for a bit to ponder her options. I suppose that is somewhat fair. It isn’t like Abe no Seimei is using Rokuro to murder billions of people right now…wait that’s exactly what he’s doing! Get up and start doing something! Oh well I suppose it does require some pondering if you are going to have sex with a crazy villain who is centuries old. I’m not sure what to say about the ending there. She says she’s going to “copulate” with this guy, but then looks like she’s going to fight. Maybe she plans on killing him during sex? I have no idea. 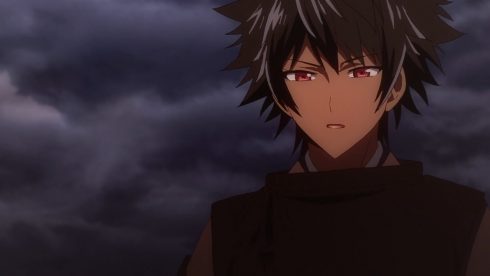 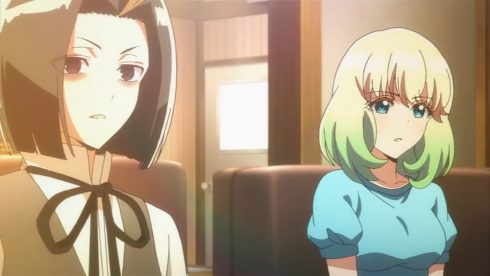 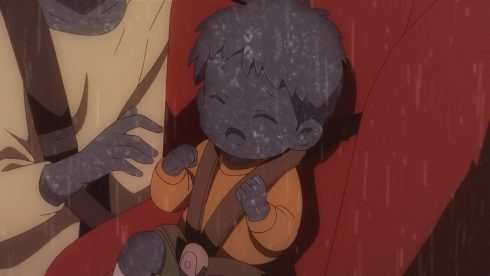 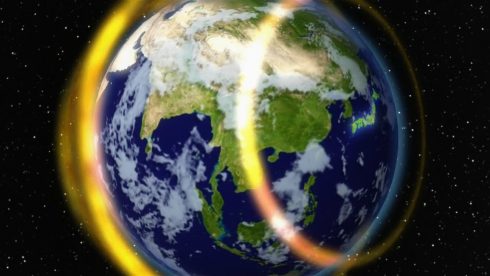 Well I suppose another positive for Benio is that she is now equally coincidental to the whole picture as Rokuro. Apparently Rokuro being in human form and growing up was….an accident. Really? He is found by one of the 12 Guardians as a child in onmyouji robes and that was all accidental? Oh and hey Benio is also totally an accident. Despite how utterly strange it sounds that all that power would accidentally go to Benio, she’s also now basically an accident. Again I’m still not sure how I buy Benio’s situation. Wouldn’t her being born like this….mean she actually had a lot of power. Benio’s shown a lot of talent for using various enchantments at once, but never really seemed to have the pure potential as any of the 12 Guardians.

On that note can we also stop saying that the power of the 12 Guardians is in Rokuro or anyone else? Seigen was retired at this point and Mayura hasn’t fully become a member of that group. So the Byakko power is not actually in Rokuro, Yuto, or Kuranashi at any point in all this. And on that note it is nice to see that finally all the other leads are taking action. I guess it only took the deaths of billions to get them to stop watching the TV XD. 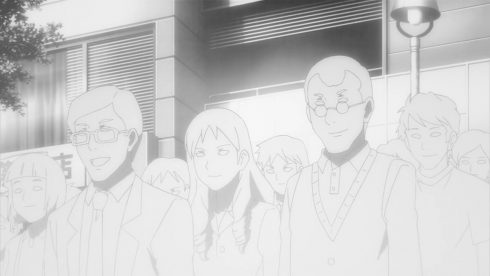 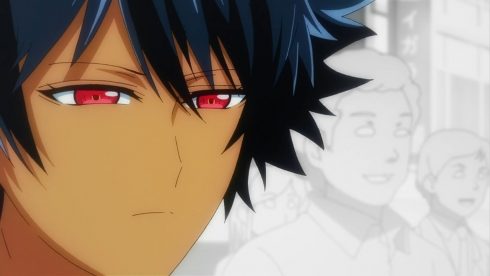 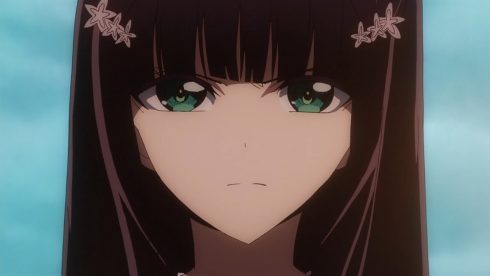 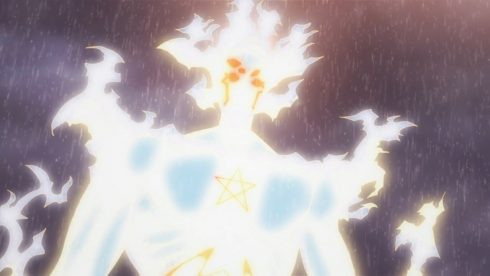 So yeah this was a bit of a weird episode in general. You have the flaming titan Rokruo (until the rain got involved) killing billions to absorb their spell power. There is Abe no Seimei’s shikigami Mikage planning on using the power of billions just to resurrect himself and turn the world into a boring colorless world with emotionless people. And on top of all that his plan requires ‘copulation’ with Benio. Wow I can’t wait to see how the following episodes try to top the weirdness of what we got here.