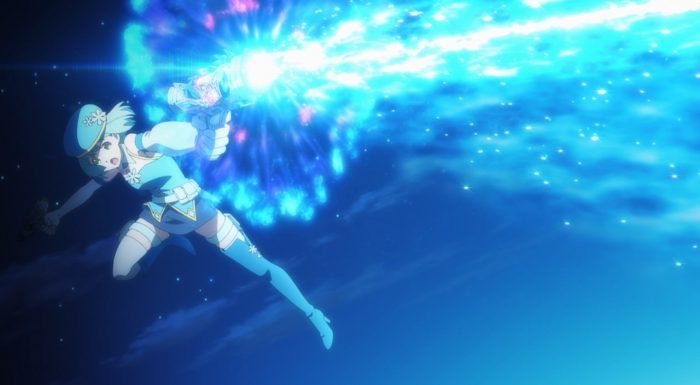 Ah, tests. Something I will never feel nostalgic for when it comes to school. I still get actual nightmares about taking tests in college. High school not so much, but I still can’t say I enjoyed it, even though my grades were pretty good. At least my school never used what appears to be a common Japanese tactic of posting the names and scores of the highest-scoring students up on a wall. It seems to me like that could have bad results in a number of ways, but they didn’t ask me and presumably they’ve been doing it this way for a while, so hey. 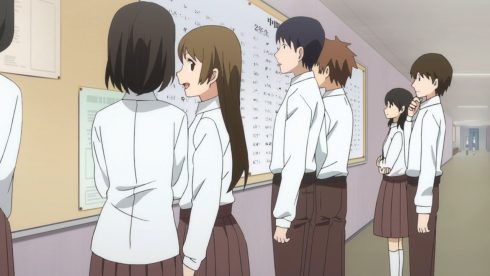 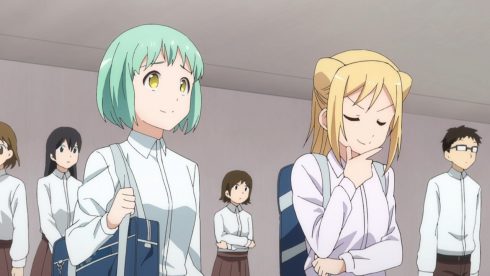 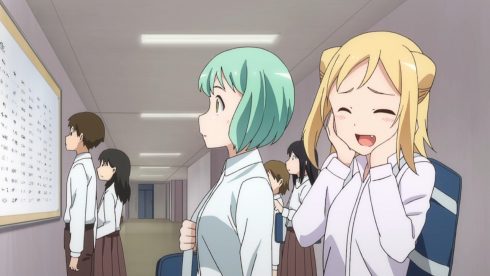 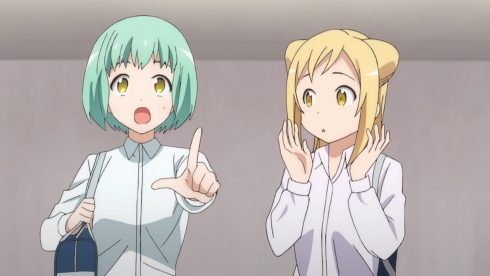 Anyway, it hopefully comes as no surprise to anyone that our somewhat hyperactive little Vampire does not tend to get good grades. She’s not exactly stupid, but she just generally lacks the motivation to apply herself to schoolwork. At least until Tetsuo lets her know plainly that he does not approve of her failing. Suddenly faced with the far of losing his respect, Hikari gains new motivation. Of course, habits of deliberate slacking and disinterest in learning her schoolwork have left her ill-equipped to pass her make-up tests on her own. 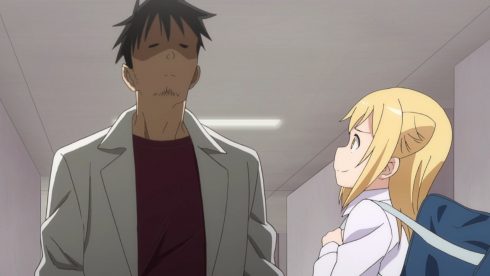 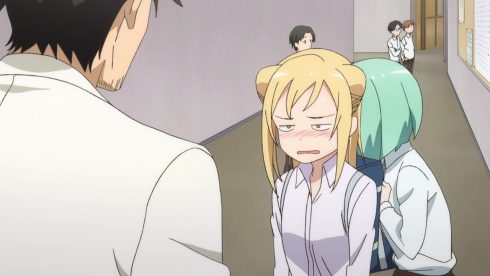 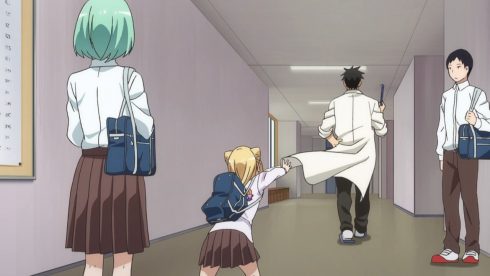 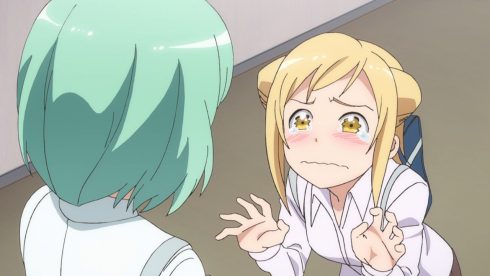 Fortunately, not only is Yuki a fairly decent student, but Kyouko actually scored fifth overall in the entire school on their recent exams. A study-session among the Demis is definitely in order. I can appreciate Hikari’s shock at Kyouko’s comment here. I will admit that someone saying they study because they enjoy it would have earned a similar reaction from me when I was in school. I can kind of understand Kyouko’s perspective, but I can’t share it. But at least those kinds of study habits have served her well, and they come in handy for helping her friends now. 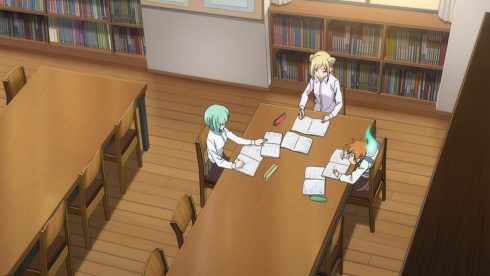 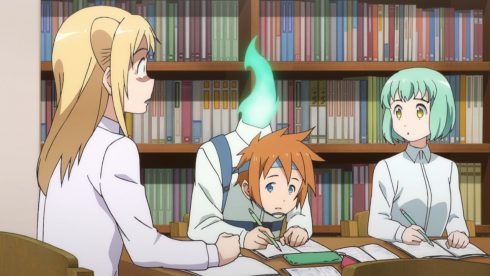 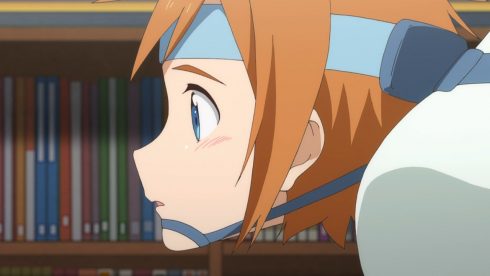 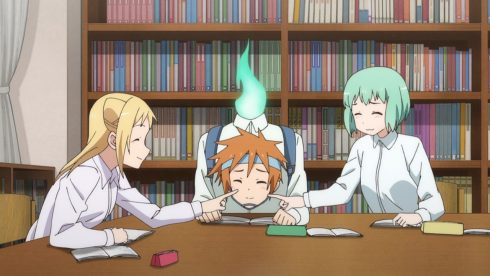 Speaking of her friends, it’s still good to see just how much Yuki has blossomed over the last few episodes. She’s loosened up a lot, and we’re seeing sides of her character that we never would have gotten to know before. Who would have guessed that she would be the type to appreciate old-school gag manga? Or want to go looking into a series because Satou-sensei mentions it has some rather explicit adult content? Who would have expected her to be the one to laugh at Hikari’s double entendre about biting Tetsuo’s arm? Or the sort of person to find Satou-sensei’s story so hilarious that she could barely keep herself from bursting out laughing? It’s great that we’re getting to see these sides of her now that she’s finally free of her fear. She’s finally getting to be herself. 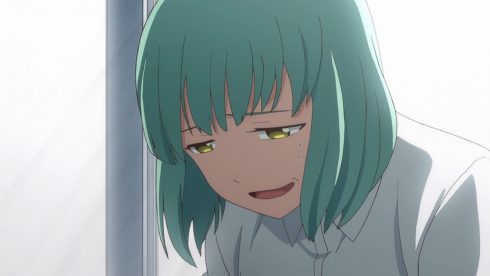 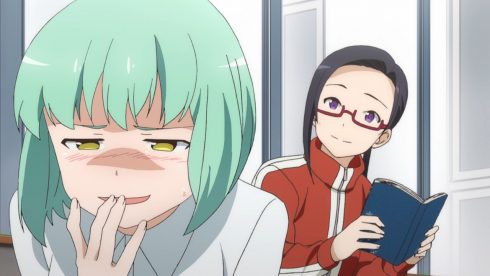 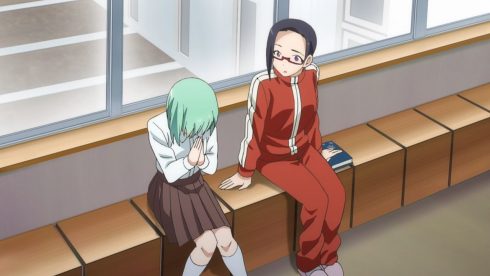 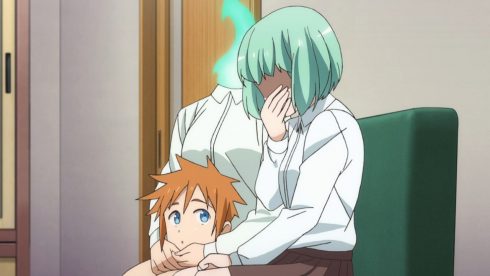 Seeing the flashback to Satou-sensei’s past was very nice. Ever since I first saw the flashback to Ugaki meeting her when she was young I thought it would be great to see the story of when she was a kid. Credit to (presumably) her parents for arranging for her to learn Judo: all young women could use to know some sort of self-defense, and a Succubus even more so. I don’t have any sympathy for that bully (hopefully I’m not supposed to): he brought the whole thing on himself. I mean, trying that sort of thing in the first place is inexcusable, whether he thought he was just making fun of the “freak” or if he actually thought he could get himself some sort of sexual benefit from it; but the fact that he did it in a hallway full of people (I count 15 at least, not counting his two henchmen)… there were Heaven only knows how many witnesses to the fact that he tried to pressure a girl into doing something obscene for him. Completely aside from the morals of the situation, that’s just stupid. And so, he got both what he deserved, and, ironically, what he asked for. Sakie flipped him, pinned him, and got him in an arm-lock; but at the same time she was physically in contact with him. His brain couldn’t process the conflict between the pain from his arm and the pleasure from being in contact with a Succubus, and he ended up reacting like a hardcore masochist. Seeing everyone just turn around and walk away as if they didn’t want to be anywhere near him after that was hilarious. 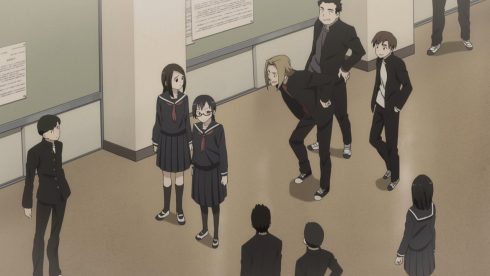 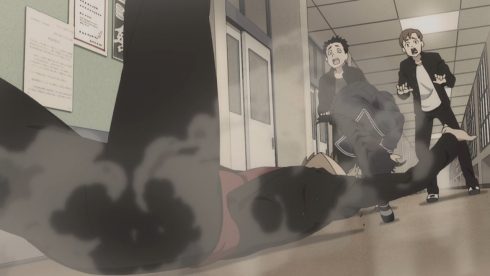 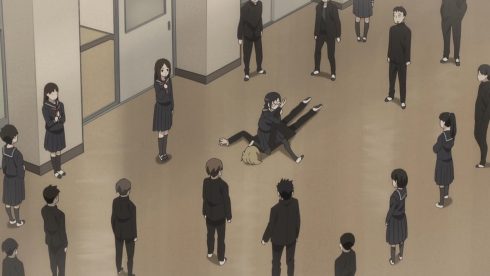 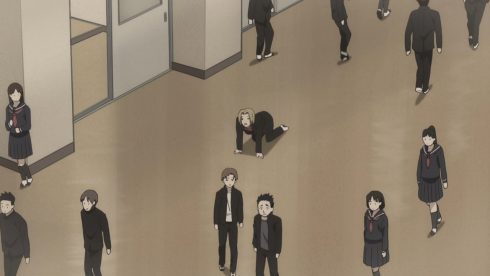 The last big segment of the episode with Hikari judging whose arms are worthy of being bitten is amusing, and also brings us back to what is, ostensibly the main point of the series: Tetsuo investigating details about Demis. It’s dressed up in an amusing role play for fun, but finding what sort of things a Vampire finds appealing when it comes to biting a person is useful research data. Also it lets Hikari get her revenge by “failing” Tetsuo. Regarding Tetsuo’s slip of the tongue, so to speak, at the end, I tend to do similar things. I might start thinking about about something, following a train of thought, and then without intending to do so end up saying out loud something that I’m thinking which makes no sense without the context that’s in my head. Usually there’s no one to hear me, but as one can see from Tetsuo’s example, you’ve got to be careful about letting certain thoughts slip out out of context. 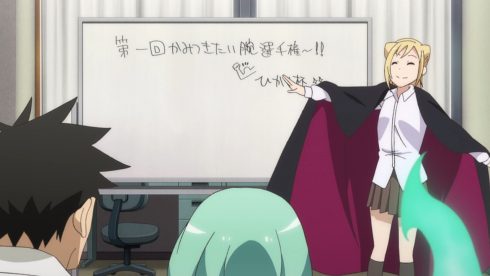 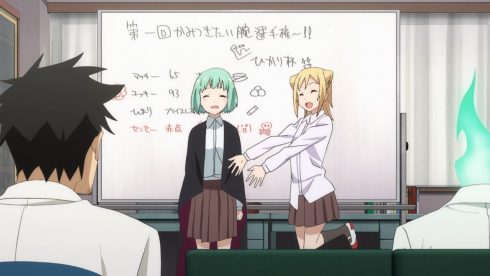 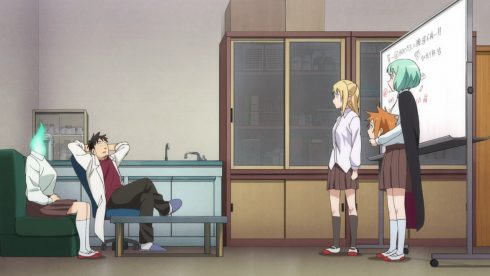 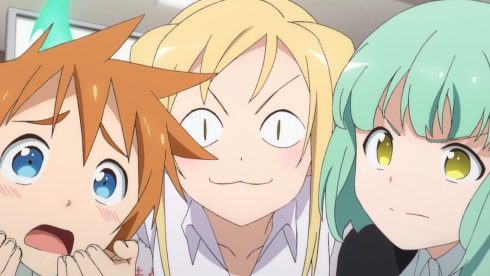 This episode was pretty good. Between Yuki being more fun to watch these days, and the chance to see some of Satou-sensei’s past, there were some really enjoyable moments here. Next time… I’ve got a bit of an idea of something we might see, but it’s nowhere near enough to take up the full episode. This episode actually started breaking into manga chapters that haven’t yet been translated. While the episodes aren’t placing the content in strictly the same order as the manga, we’re still likely going to be getting into more such areas at this rate. So a lot of what’s coming up is going to be as much of a mystery to me as it is to anyone else, I believe. I’m looking forward to it. 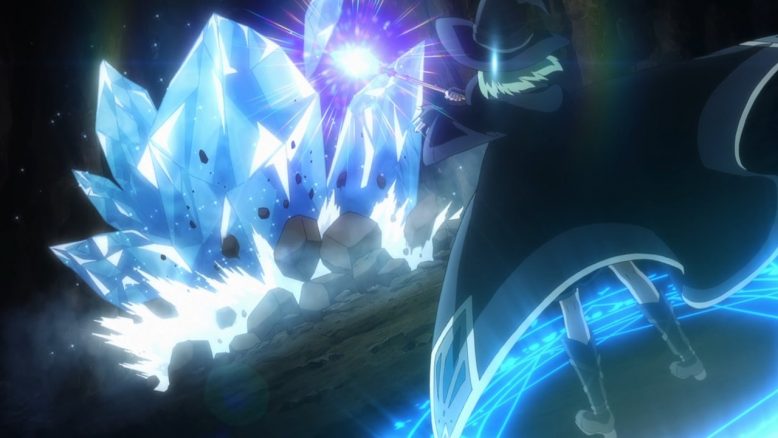 I would totally watch an “Ice Witch Yuki” anime. Fund it!