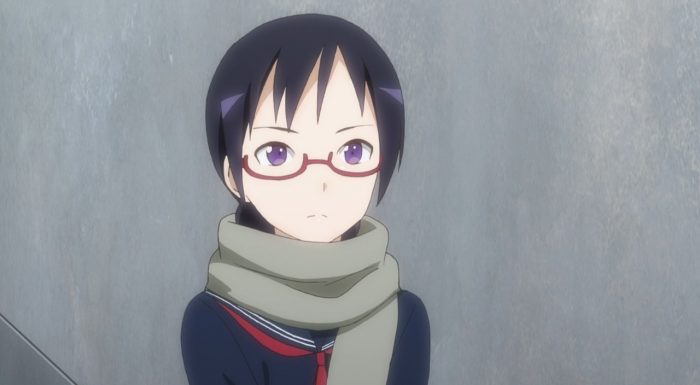 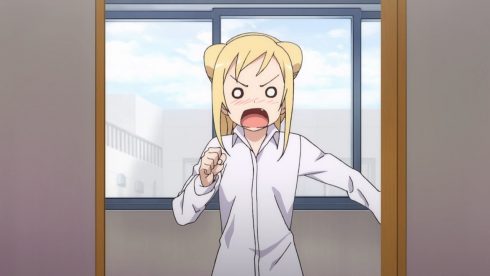 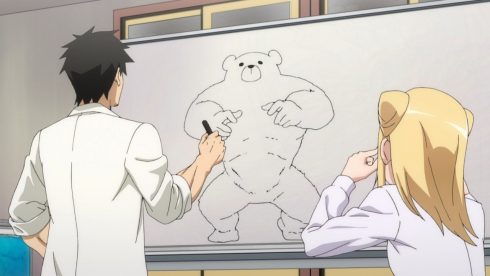 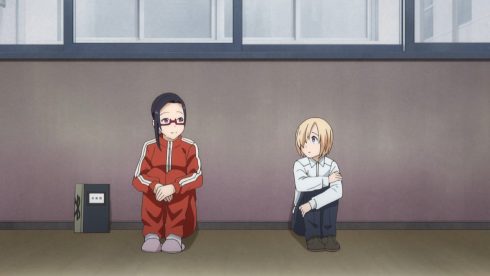 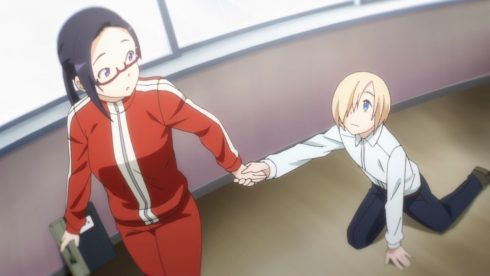 On the positive side, getting to see more about Satou-sensei, her life, her past, and her circumstances is definitely enjoyable. This detective, Ugaki, has known her since she was a student herself, and is fairly surprised at how well she is fitting in to society. It seems that isn’t common for Succubi. Some let their natures get the better of them and go out of control, causing troubles that the police have to deal with, while others hide themselves away from society, becoming hermits. Despite the difficulties she’s faced, Satou-sensei is fairly well-adjusted. I do have to wonder about her comment that Ugaki is more like a father to her than her own father, however. We have no other information than that, but that doesn’t sound positive. 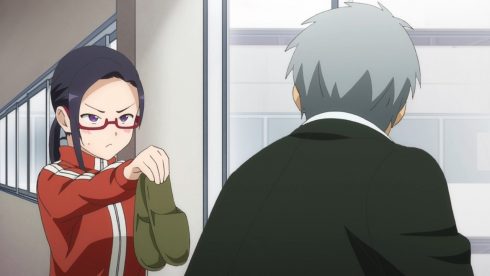 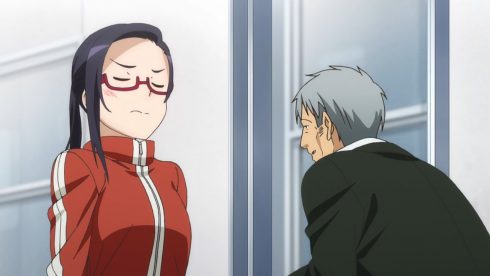 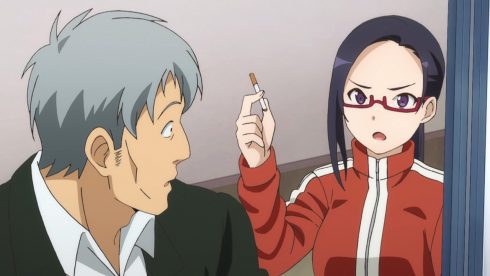 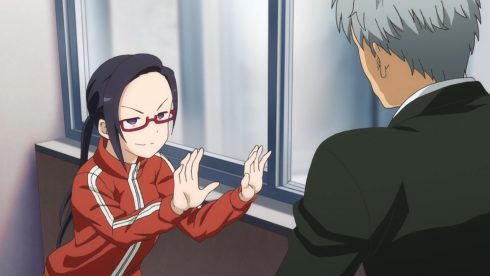 Her discovery that Tetsuo is not immune to her Succubus charms like she thought is quite funny. It’s obvious that, on an emotional level, she really likes that he cares enough and has enough self-control to keep from reacting when hit by their effect. But her attempt to apply logic to that wraps her up in circles when faced with the fact that what drew her to him in the first place was her belief that he wasn’t affected at all, and she’s too close to the problem to figure out how to rationalize her way past it just yet, so we get to see her break down in a pretty hilarious way. 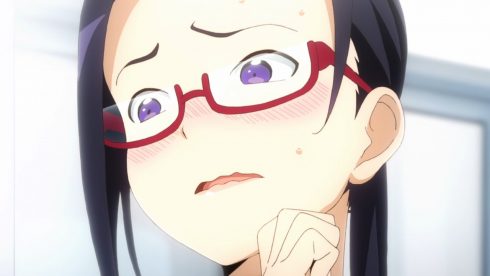 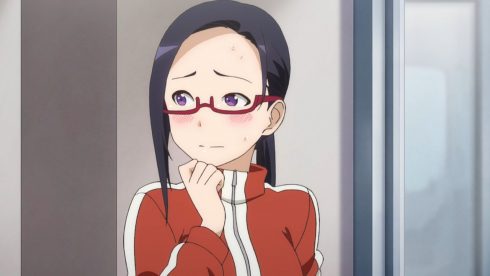 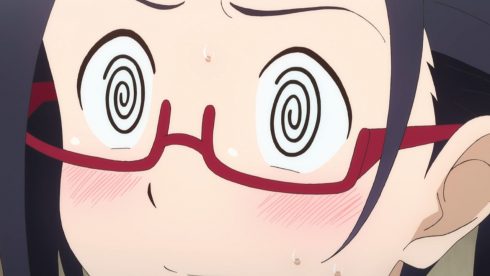 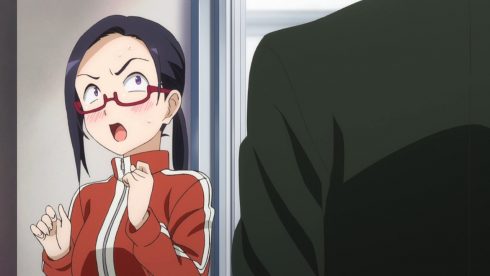 On the negative side… you see, there’s this boy introduced in this episode. Kurtz is his name. Bad liar, bad at his job, kind of causes trouble… I don’t really like him. I assume the author has some purpose for having written him into the manga, however I don’t happen to know what it is. He didn’t actually do anything there, at least not yet. In this episode some anime-original content was written specifically for him. First, he runs into our trio of young Demis, and Hikari, who has her back to him, mistakes him somehow for Satou-sensei. That might mean something, if this wasn’t an anime-original moment, and if I had some clue whether the author had any say in making that scene happen. 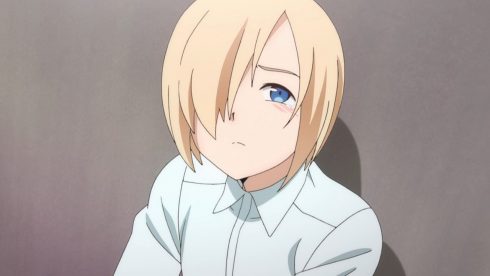 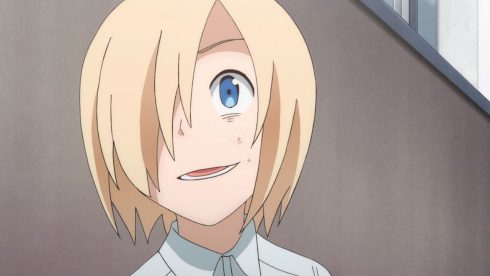 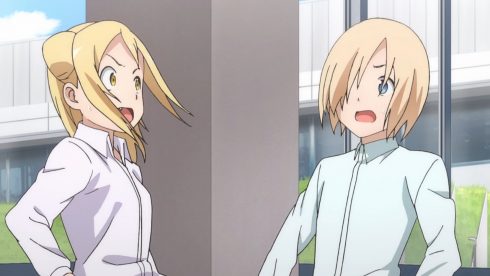 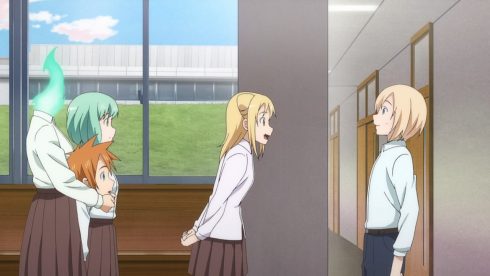 But that scene is less irritating to me than the next original scene he is in. We see Satake-kun (the boy who asked Yuki out in earlier episodes) hanging out with his nameless friend in a secluded spot, showing said friend a picture on his phone of Satou-sensei with her tracksuit mostly unzipped, fanning herself. I do not like this scene or how it plays out. First off, taking a picture of a girl or woman in a state of undress without their permission is bad. You do not get the justification “well I’m a high school student and she’s really hot, so it’s fine.” No. I cannot speak for how the law in Japan views it, but at the very least it is a violation of the woman’s privacy. All the worse when talking about Satou-sensei, who has gone to great lengths to protect her privacy from other people. I am fairly certain that this kind of behavior is exactly what Ugaki’s agency is supposed to step in to prevent. The fact that Kurtz lets himself get talked into handing the phone back with the picture still there is ridiculous. That whole segment feels bad, as it tries to use emotional music and shounen-style yelling to convince us “well, he knows that it’s a bad thing, but because he really thinks that she’s cute that makes it all totally fine.” Just… no. 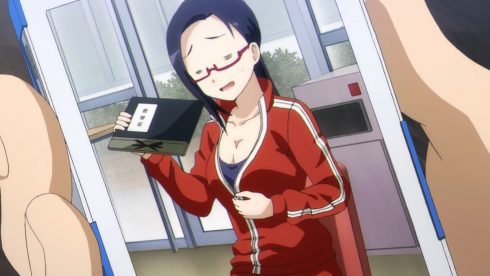 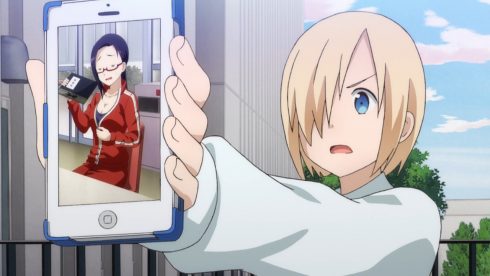 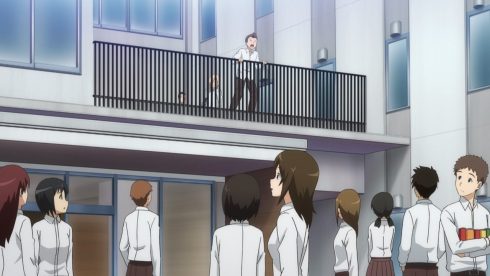 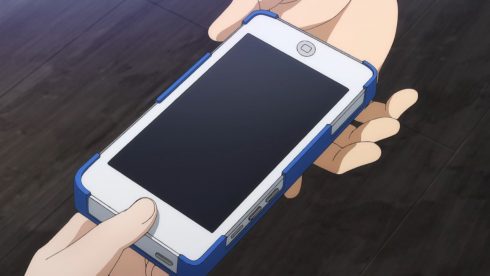 Anyway. With all that stuff aside, let me move on. The discussion between Tetsuo and Ugaki is pretty interesting. Ugaki’s job is, of course, dealing with crimes involving Demis. There aren’t usually all that many any more, just due to statistics, and the fact that society has become more accepting of them. Certainly the girls we’ve seen are fitting into normal society quite well. They’ve had their little difficulties, and things they’ve had to overcome, but they’re generally living life as ordinary people. Of course, the potential difficulties with Succubi are a different sort of problem altogether. Their abilities affect other people, and could, either intentionally or unintentionally, cause someone commit a crime. It’s a fairly difficult situation, and the police’s current solution of basically investigating all known Succubi and keeping regular tabs on them to determine if they’re likely to deliberately cause trouble isn’t exactly ideal. But right now it’s what they’ve got.  Still, in the end, things are working out for the girls we see. 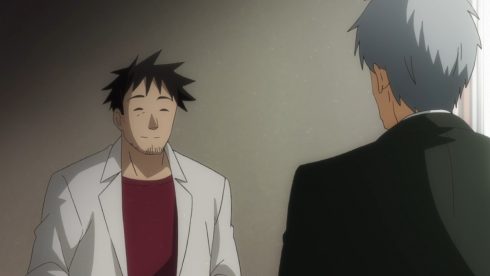 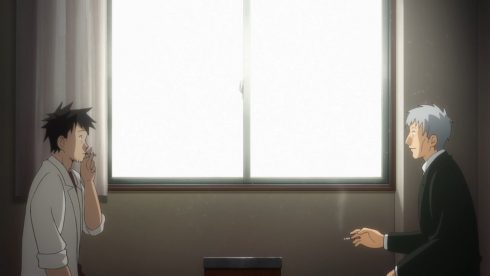 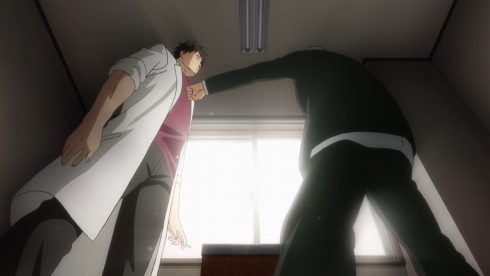 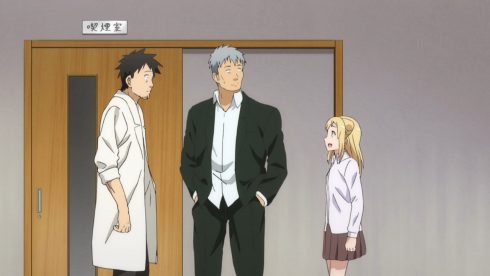 This episode was a challenge for me, with parts that I enjoyed, parts that just felt good like normal, and parts that I didn’t want to have to rewatch in order to take screenshots and review them. It’s the first time I’ve had quite this much trouble with an episode of Demi-chan. It probably doesn’t help that I’ve been sick all week with… some sort of flu or cold-like bug thing that’s been making doing anything an exercise in being miserable. Anyway, hopefully the next episode won’t give me quite as many mixed feelings. Looking forward to it. 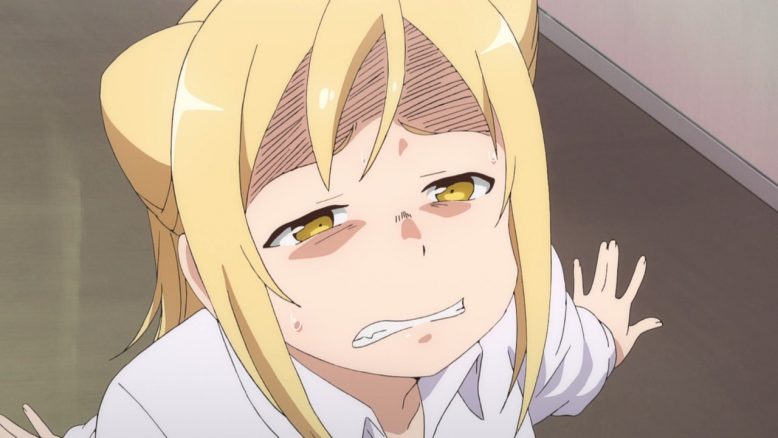 Heck, even without a Vampire’s heightened senses this is generally my reaction to cigarette smoke.