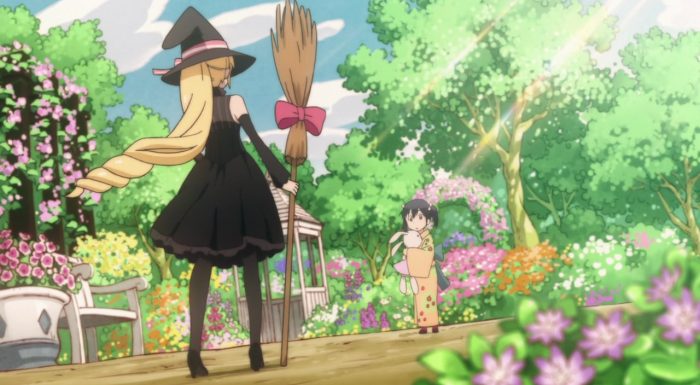 In many ways this week’s episode was “Koume-centric” first and foremost, with Nono getting some focus and attention at the same time. However  in focusing on Koume we came to understand not only more about who she is, but also where she came from and a little bit of what makes her “tick”. Nono again gets some attention primarily in terms of her past continuing to be a source of inspiration and strength from her. But in the midst of all this we also get some focus on Nina herself. In many ways she is a rather incredible young woman. Her mother dying when she was still relatively young, raising her younger sister, running and living in the Natsume-ya tea shop full time, being a rank 5 urara on top of it all AND being a mentor to four new students all at once? Yeah … she really comes across as an amazing person. 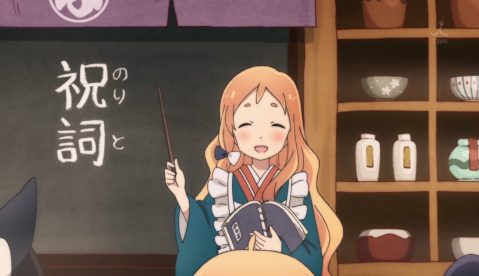 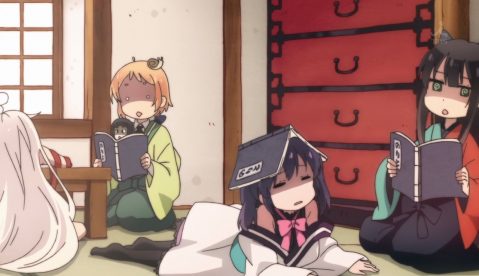 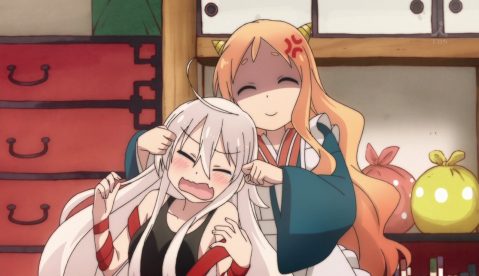 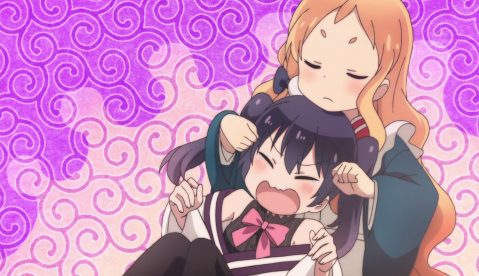 In some ways the kid gloves come off this week, and we really do begin to get a glimpse into just how hard the path may be to becoming an Urara. One (and only one, mind you) of the initial hurdles to become a level 9 urara is to completely memorize a book of 100 incantation prayers of what and how a diviner should say when requesting illumination. There are different examples for different circumstances, but every Urara is expected to memorize all of the “norito”, as their name is in Japanese. This proves a very intimidating path for all involved, even the studious and erudite Kon … and it is not just them: Nina-sensei says every level 10 urara struggles with that step (she herself went through quite a bit of difficulty – though how she did it in the midst of everything else on her plate I haven’t the slightest idea). Needless to say this task seems nigh-impossible to Koume (an impulsive, free-spirited, hands on sort) and to Chiya (who probably has not had much of any sort of an education at all). Nono seems a balance in between Chiya and Kon, though, but for her the entire process is fraught with another difficulty – her incredible shyness interferes with the very idea of communicating with deities directly in the first place. 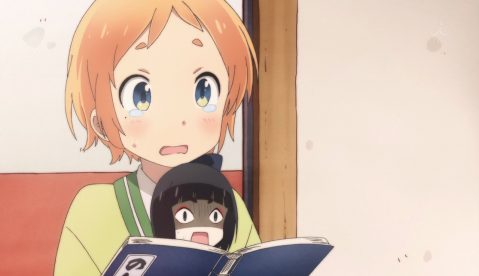 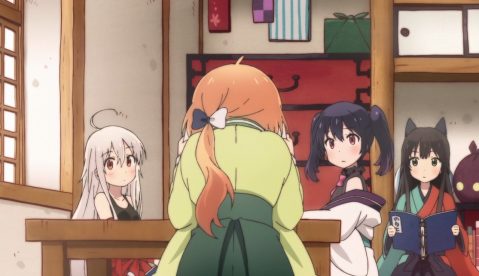 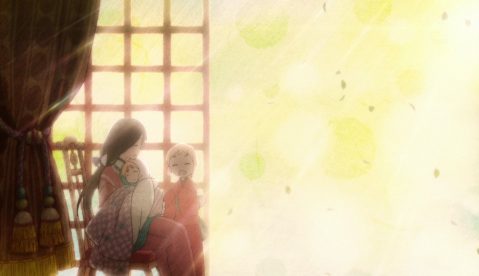 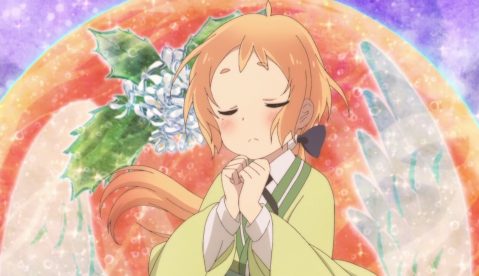 As it turns out Nina is able to give them some insight into the purpose of the memorization itself – a traditional technique employed in the learning of any art for millennia throughout many different cultures (including how traditional arts were often taught in Japan) and something I was NOT expecting this series to articulate. First you “take in” the ideal examples of an art, and then you learn to “express your individuality” through the general context one has learned to “find your own voice”. Nono suddenly gets inspiration for a “trick” on how to memorize the prayers: by singing them according to a melody one of the norito were sung to her as a child by her family members (and her mother in particular). The singing allows for a feeling of both security and providing a “comfortable distance” in communicating with others – in this case Meirochou’s deities. Kon and Nono are able to pass this difficult step, but unsurprisingly Koume and Chiya flop and must take it again. 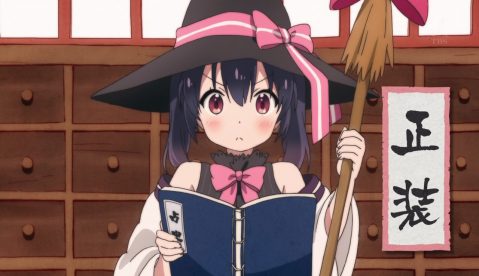 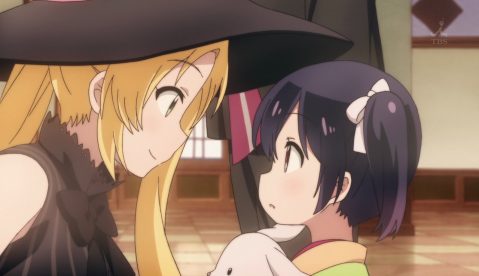 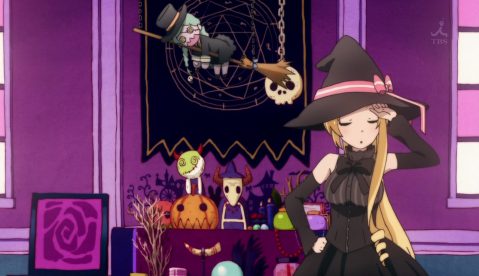 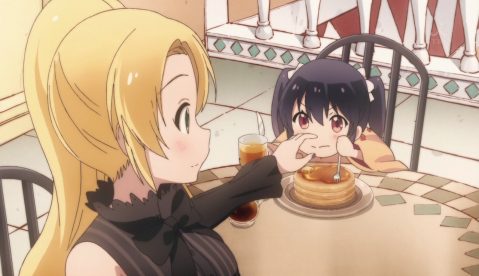 The next of Nina’s lessons move to cover “witches”, which she calls one of Western culture’s urara. It is here that we fully have Koume step up to center plate, as she regularly carries around an “old school” witch’s hat and broom and has a very noticeable love of “thing Western”. We learn that she had the occasion to meet and spend time with one of these witches when she was five years old. This witch, a young lady from France named Marie, was staying at her parent’s house (Koume’s family seems to have been quite wealthy) and studying the magic of the Orient for some months before circumstances led to her having to leave. By that time she had made a very strong impression on the young, already spunky and strong willed Koume and even exposed various aspects of some of the lore, history and even magic of European traditions. Our little Koume came to become quite attached to Marie and was heartbroken to hear of the things she experienced and how she treated them as “part of the package” of being a witch proper. 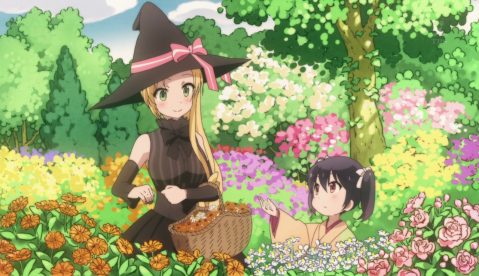 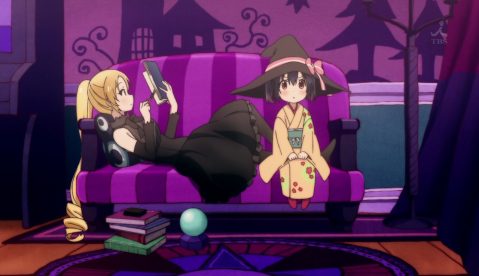 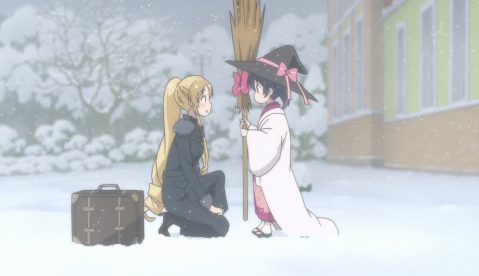 It becomes crystal clear that Marie was definitely the one who set the little princess Koume on her life’s ambition to become a top ranked urara, but also as extremely influential on who Koume is and wants to be. As the old saying goes, they were “two peas in a pod”. And even should Koume come to a place where she is content to “stop” because she has “found her place” (perhaps like Nina did) that does not mean that doing so will somehow “compromise her ideals” … for all we know Marie herself may have changed since last seeing Koume (it has been nine years, after all, meaning Marie would be 27 years or so at this point). Still, in this case there is a fair amount of truth to there being value in the journey as opposed to reaching the goal. Goals can change, but for the journey itself to be the most fruitful, meaningful and effective means needed for an individual it is certainly helpful to set one’s goals and ideals high, as Kon and Koume have certainly done. (Nono is another issue – I think she wants to be the best she can be rather than specifically become a rank 1 urara). 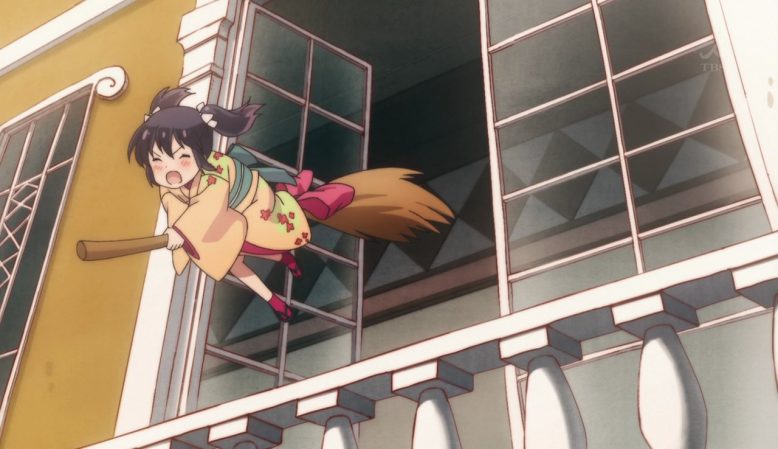 Definitely a “don’t try this at home, kids!” kinda moment….

This is actually one of the things that interests me about the series – and that is that Chiya is the one who may have the most raw natural ability to actually reach a rank 1 urara, and may be able to do so the quickest of any of the cast by traveling “the road not trodden” as the poem goes. Really, when it boils down to it all Chiya wants to do is to see her mother. I don’t think she has any intense interest to actually BE an urara in the same way as the others. And yet that makes up part of her disposition and outlook which make her able already to do things and receive things that only the rarest of the rare in the past have been able to. In many ways it really is an interesting thing to see portrayed in the anime medium, and definitely things I did not expect. Looking forward to next week’s episode yet again! ^^