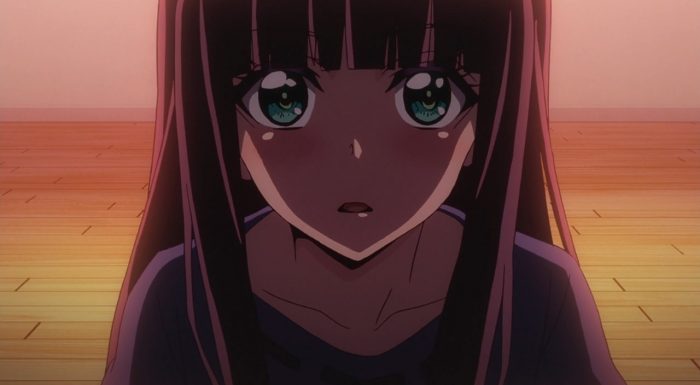 Now I get what this episode was going for, but at the same time that didn’t make it any less frustrating to watch. Rokuro is an absolute and total moron! I can’t even give him props for trying to do the right thing or anything like that. Because earlier in the episode, Rokuro nailed the entire reason why he shouldn’t do what he is doing here. The situation has completely left the onmyouji organization in shambles. As far as the show is concerned Rokuro and Benio are literally all they have left. Not only are they the last hope to face Yuto, but also to handle any future Basara threats. And what is the current best plan for Rokuro? Go in to fight Yuto alone and ask the head of the organization to kill him if he turns into a monster….

I return to my original statement, Rokuro is a moron! Didn’t Arima basically say he was out of spell power for some reason? I mean if ‘dying’ did that to him then it makes him intentionally losing against Kuranashi even more stupid on his part. But let us ignore that. Rokuro figures if he somehow turns into a monster that can kill Yuto that Arima will be able to handle it. What? I don’t know, maybe he figures that he’ll be able to kill Yuto and that will restore the 12 Guardians and all of them can kill him. Either way I question his tactical sense on every possible level. 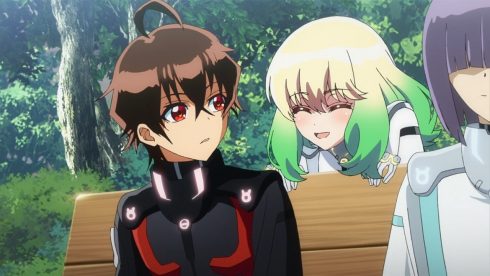 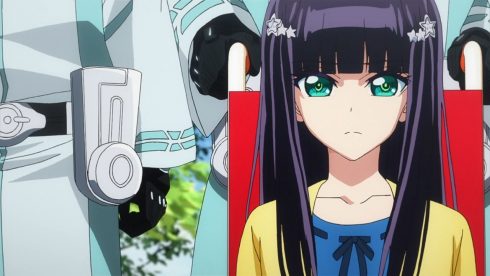 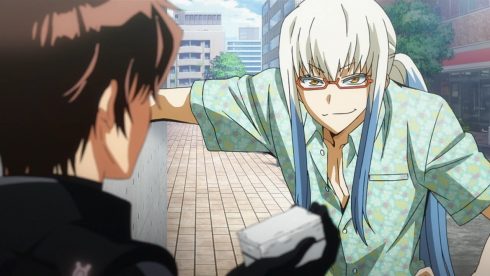 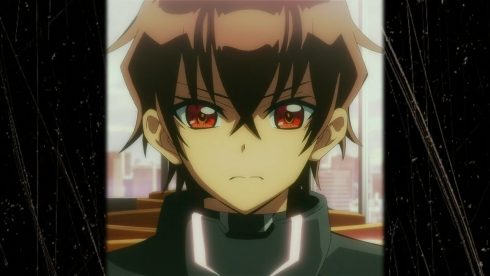 And of course we have to go with the classic of the guy being a jerk in order to make the person he cares about stay safe. It isn’t as if I can’t understand it at all. He figures fighting Yuto won’t end well no matter what and I hope he’s planning around the idea that Yuto would focus on attacking Benio again. In the end it’s clear he isn’t going into this intending to win or at least be himself after it is over. On top of that his great plan is to leave Benio further emotionally traumatized.

Sure maybe he doesn’t realize Benio heard what Yuto said, but it almost doesn’t matter. He knows Benio and he knows what she has gone through. Is he really going to go on a suicide mission and leave that as the last thing he ever said to her? It’s ok if she’s emotionally scared because heck she’s still alive? That is Rokuro’s great plan here? Just utterly screw up Benio with long term trauma and leave her basically as the only competent onmyouji left, presuming the 12 Guardians recover back to normal if he wins? 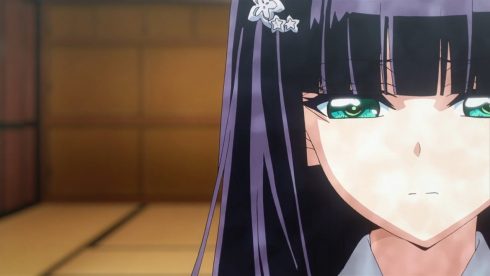 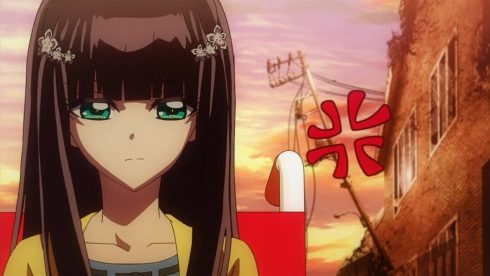 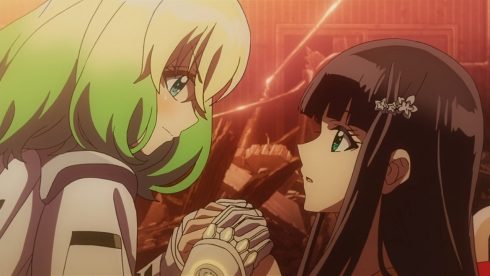 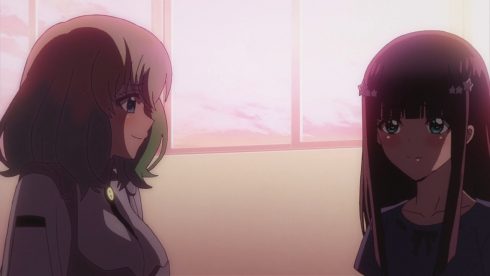 The majority of this one was pretty standard. It focused on Benio going through her own emotional journey after the previous fight. She goes through a journey that of course Rokuro entirely negated with his late episode stunt. Now her arc in this episode was pretty understandable. Hearing something completely shocking and unbelievable would mess with a person, especially when Rokuro himself was suddenly distancing from her. Benio had to reflect on events almost entirely on her own. She did a good job of working through that. Credit to Mayura for being the friendly ear she needed. I can understand it being hard to openly say what she heard about Rokuro, but at least she said enough to have emotional support. In her own way she reached the conclusion about Rokuro being himself and being the person she loved.

Although is Mayura or anyone else outside the main duo going to react to the situation here? They don’t know about Rokuro’s personal problem, but what about everything else? Shouldn’t they be asking what has happened to the 12 Guardians? And then shouldn’t they be told that they are basically dead right now? 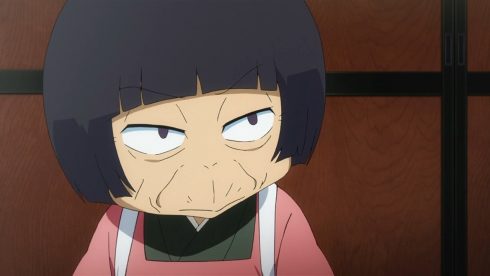 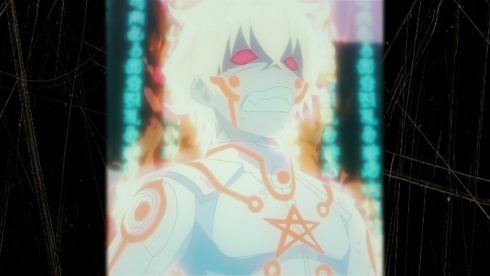 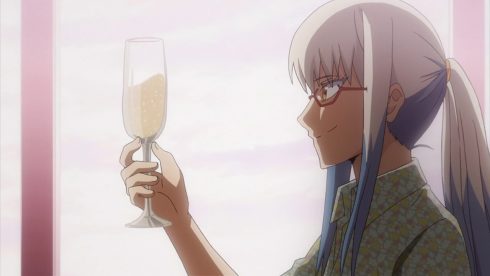 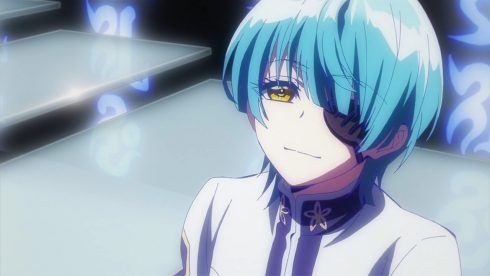 And now here we go into the battle against Yuto once more. Well nothing wrong with going into this knowing what to expect. We can expect a solid fight as Rokuro tries to fight Yuto, Yuto will then beat him and then Rokuro has to tap into his non-human powers. Although to be fair he’s been fighting with a Kegare arm this whole time…why does the rest of him not being human really bother him? Regardless eventually we’ll also see Benio recover from her emotional shock and head off to back up Rokuro. Might as well kick back and enjoy the show. Hopefully they saved some budget for this upcoming showdown with the show’s last boss.