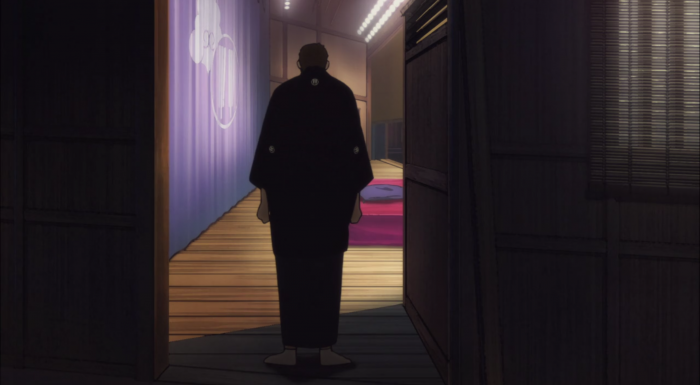 There’s a kind of magic to an old building, an imprint left by those who lived and worked and played there. The more people, the stronger the feelings, the older the tradition, the deeper the imprint. They infuse a place, sink into its walls and floorboards, fill it humming with fragments of lives and memories. I’ve felt it on the stage of a theatre, in the spire of a church, down the hallways of a prison, and from the rafters of a fieldhouse. Places that aren’t just historical, but seem to be composed of History itself.

They remind us of our mortality and smallness, of how brief our time is compared to that building and what it represents. But they also remind us of our unique place amidst something so much larger: a one-of-a-kind piece of something that will last far longer than any one of us will. No single person creates these spaces, but everyone who takes part in them adds a brick, leaving a memory to swirl with the others. Countless spirits forming a soul. 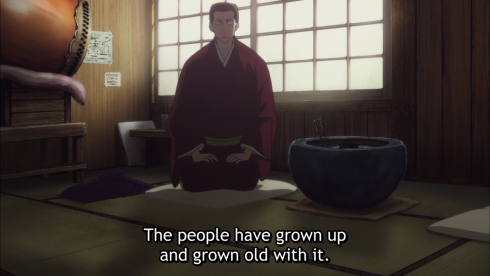 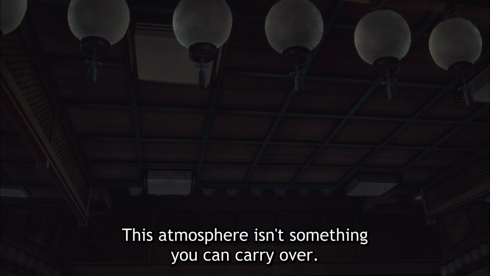 After spending so much of this season either escaping a painful past or easing into a brighter future, Rakugo Shinju allows itself a breath of nostalgia this week; a moment to smile fondly at the creaky floorboards and sagging cushions of the Uchikutei Theatre and all the shows, audiences, and performers who have turned the place into a character, giving it a personality wholly its own. As Yakumo hovers on a precipice not unlike the theatre’s, we’re reminded of two truths both disconcerting and comforting: To lose Yakumo’s voice will be to lose something unique and precious, yes, but rakugo is also much, much bigger than that single voice.

Rakugo was there before Yakumo and, as Yotaro proved this week, it will be here after him. It is more than one person, more than one building. It is a storytelling tradition baked into the walls of the Uchikutei, a tradition that’s changed in the same way Uchikutei inevitably has, and inevitably will. And inevitably certain things will be lost along the way–sometimes for the better (like the rule banning women from rakugo), but sometimes not (like the life of a beloved performer). But still the soul of it remains. Preservation is not the same as stagnation. True traditions find a balance. They preserve and they progress. Rakugo is trying to find a way to do that. So too are our characters. 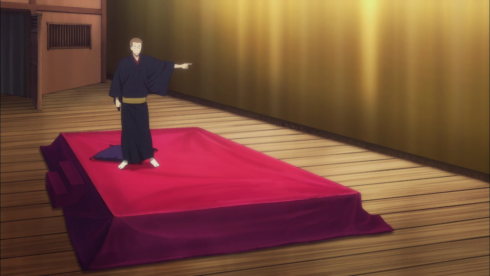 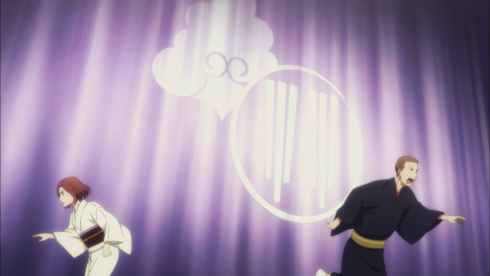 All of which is a long-winded, quasi-poetic way (I really love old buildings, you guys) of saying that rakugo is in the same limbo as our characters this week, trying to maintain the status quo as they wait to see if the status quo can be maintained at all. It gives the entire episode a sense of low-key tension, a question mark that’s never really resolved, not even by the final scene. Yakumo is alive and awake, but will our cast and the rakugo world be the same? Or has the change already happened?

Yotaro and Konatsu are both champs this week, stepping up to the challenge of being The Adults in a world where they’ve still largely been The Kids. Echoing Yakumo’s own “I’m counting on you” to Konatsu last week, our young couple rely on and support each other through this difficult week, with Yotaro taking over his master’s rakugo performances and Konatsu holding down the fort, reminding Yotaro that they need to be strong now more than ever. They’re being called upon to lead professionally as well as emotionally, and the fact that they barely skip a beat bodes well for the future. 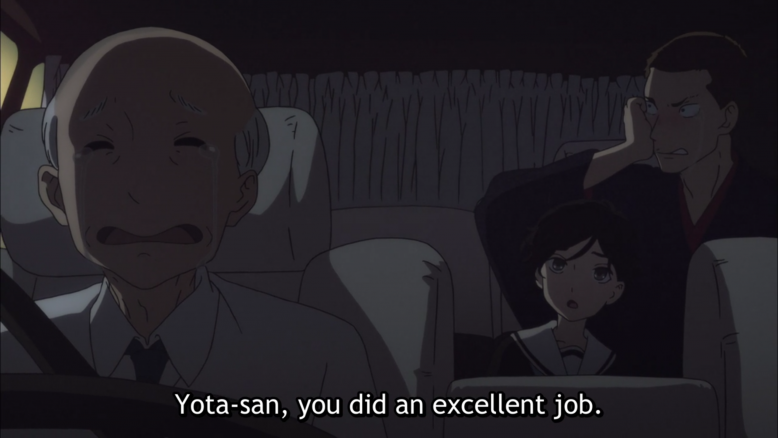 We are all Matsuda and Matsuda is all of us.

Still, just because you can do something on your own doesn’t mean you want to, and Yotaro’s (and Matsuda’s) unchecked tears after his spirited “Inokori” remind us of just how much the people around Yakumo want to share their lives with him. His absence is itself a kind of presence this week, hovering around the edges of just about every conversation. Even Konatsu, for all her stone-faced practicality (“This is our most crucial moment,” she reminds a weeping Yotaro) grabs tightly to Yakumo’s arm and yells at him to wake up. “Haven’t let go yet, then…” Yakumo murmurs when he at last regains consciousness, and it’s as true for him as it is for the rest of his family.

This was an important interlude, or perhaps a prelude: a reminder that no one is forever. Like the Uchikutei theatre threatened with (“totally rational”) demolition, time takes as much as it gives. Old generations give way to new. There’s promise in that, but there’s a fair amount of sorrow, too. 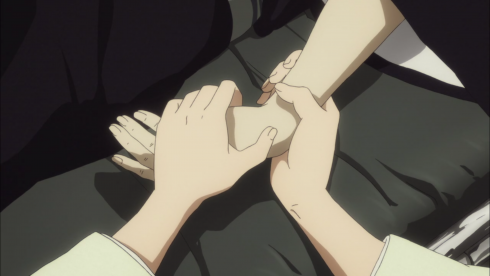 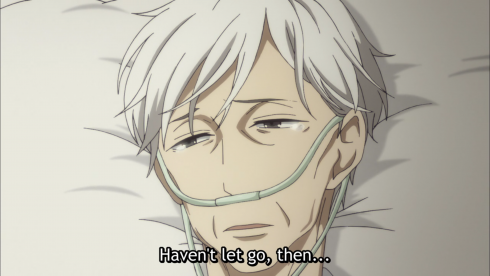 Fittingly, our episode is loosely divided into three acts: The Future, where Yotaro kills it on stage; The Past, where we wax nostalgic about the soul of an old theatre; and The Present, where Higuchi looks at performers both old and new and comes up with a “three forms of expression” that sounds a bit like something out of a critical analysis English textbook.

I tend to talk sparingly about Higuchi because he’s an odd figure, a kind of secondary mentor-figure to Yotaro only loosely defined by his desire to save rakugo (both its past and future) and his refusal to back down even in the face of a Yakumo Stink-Eye (which is basically a superpower, near as I can tell). He’s more a mouthpiece than a character, which makes him stick out in a series so devoted to depicting layered, realistic individuals. Plus he’s given to long quasi-philosophical expository monologues that the rest of the cast kind of…ignore? or blow off? or meet with confusion if not outright scorn? So I’m not sure how seriously we’re supposed to take him, either. 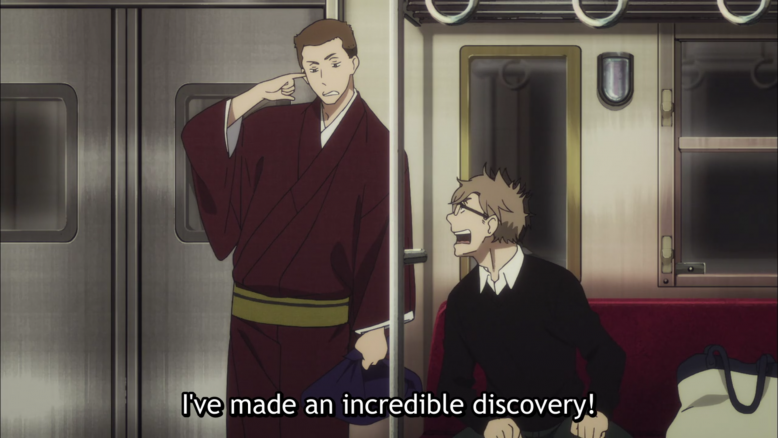 That said, his “three types of performers” analysis is a useful jumping-off point, at least as it far as our trio of rakubros go. To summarize, Higuchi’s “three types” are (1) Yakumo, for whom rakugo is a tool to express the parts of himself he can’t otherwise; (2) Sukeroku, who is “Sukeroku” through every line and character; and (3) Yotaro, who embodies the characters, essentially removing his own personality from the performance. But because that’s a mouthful, let’s oversimplify even further and give them little nicknames: The Artist, The Comedian, and The Actor. The Artist uses their medium as an outlet for indirect personal expression; The Comedian develops a charismatic stage persona to entertain through stories; and The Actor disappears into the roles, taking on the traits and personalities of the characters themselves.

While I’d argue that our performers exist more on a spectrum than a ternary, as Yakumo is far more adept at drawing his audience into the world of the story (as an Actor-type would) than Higuchi gives him credit for, I do think this serves as a helpful way of showing how each performer’s goals affect their performance. It’s not all that different from the “who is your rakugo for?” question that’s been with us since the beginning. Different modes of expression, each of them with its own strengths and weaknesses. There’s power in variety. Maybe that’s the ultimate lesson to take from this little lecture. 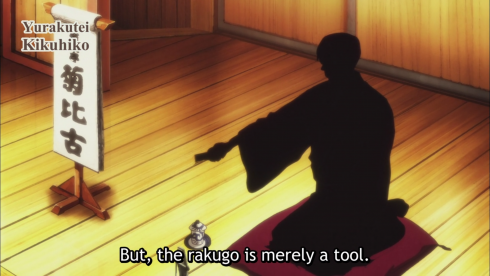 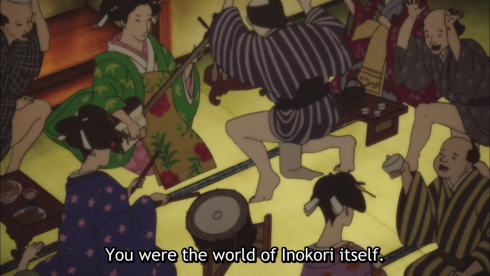 Overall this was a solid sort of bridge episode featuring an important milestone in Yotaro’s career (and another great performance from Seki Tomokazu); a lovingly articulated understanding of how buildings can breathe and speak, not just housing history but becoming a storyteller in their own right; and a worthwhile addition to our ongoing conversation about each performers’ unique rakugo. Mostly, though, we were at a crossroads, musing on the past and the future alike. With Yakumo’s return, we’ll take a step past those crossroads once again–although, if the episode preview is any indication, that step may very well send us spinning backwards once again. Prepare your hearts for bludgeoning, team. I know I will be.