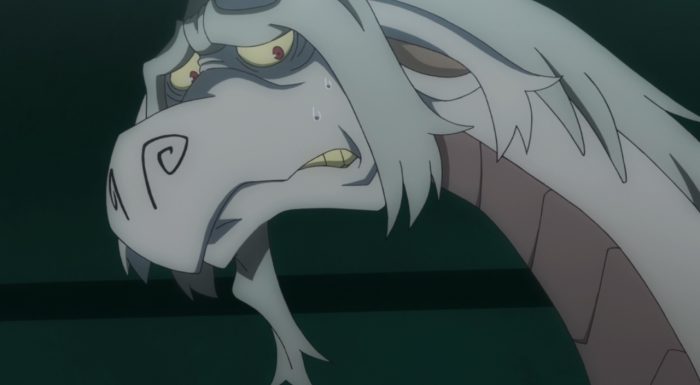 Well this episode did a pretty good job continuing the solid world building we’ve gotten so far. The episode also managed to surprise me at a few points. A lot of the surprises were positive in how it played with some expectations that people might have had. Although one surprise was kind of a negative that both worked for the story, but made me shake my head. So I’ll just tackle that first. 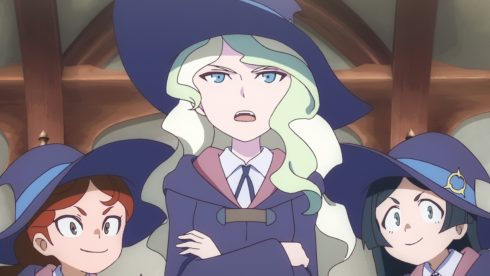 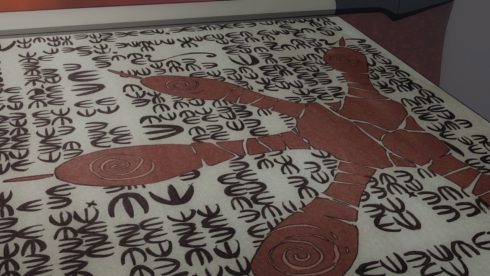 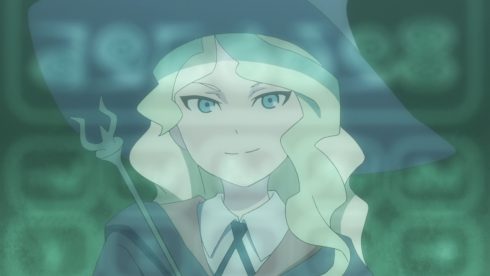 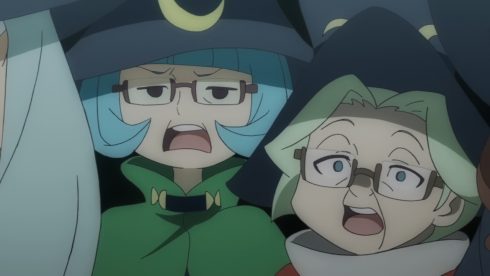 Why is Diana the only person who can read that promissory note? I seriously wonder about this. Sure, maybe educators aren’t going to be multitalented and know everything. But can no one else in the world read that thing? If people can…why the heck hasn’t that schooled asked someone to check it for them while they’ve been paying interest for all this time? This twist (that mostly worked at the time) depends entirely on the entire staff of that school being a bunch of idiots. They all just presumed what they were being told was correct and never bothered to confirm it? They were going to lose their school because they were too lazy to ask someone to read it for them? Unless the show wants us to believe only Diana can read it. That is kind of pushing believability. She taught herself an entirely dead language?

The only downside in this episode is that it somewhat makes Diana too perfect. We did get a sign of her weakness in the episode with the magical butterflies, but that’s it. Diana has been shown to be a beyond elite on the broom, knows magic that even educators don’t know, and can also read ancient languages that she learned at the age of 12. Isn’t that going a bit too far? She doesn’t have to be that perfect to be an opposite of Akko. Calling Diana a genius is almost insulting to her. Now things can work out fine. Diana has room to run into problems and fail now and then. But if they build her up too much then they’ll require another massive failure in order to balance the scales. She’s not a bad person either, just can be a bit arrogant. 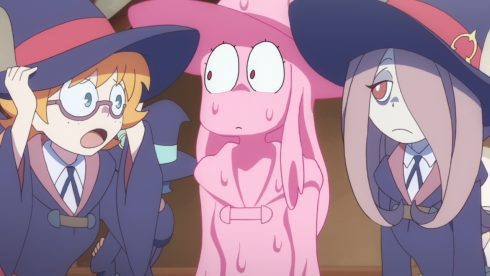 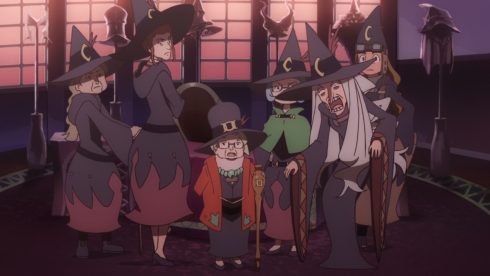 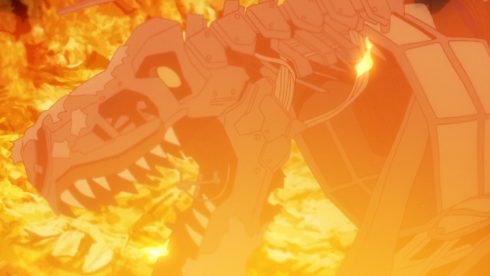 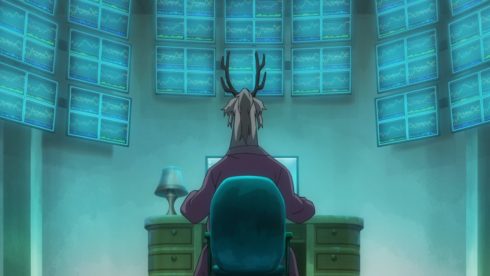 Probably the most interesting part of this episode was the world building aspect. It is a fair question where magic sits in a world that has developed so far technologically. Witches are probably a small group in the population. And when you think about it magic would be more awe inspiring centuries ago when technology was still pretty underdeveloped. At this point people can fly (on planes) access information quickly (through computers and the internet) and really just do a variety of tasks quickly. And we’ve simply seen the limits of magic. Without tools that have inherent magic inside them or access to magical stones they are basically unable to act.

Now of course that doesn’t mean Luna Nova should pack it in and magic should simply fade from existence. Honestly the key to avoiding that conclusion may rest with people like Akko and by extension Chariot. It was Chariot who sparked a love of magic in Akko. Something that despite Akko being rather wild at times she hasn’t given up on. Now maybe magical performances don’t interest regular witches, but if you want to keep magic something special in the eyes of people it is a start. It was that kind of performance that captured Akko’s heart. Akko herself also has the ability to move hearts with her passion. Diana resolved the problem with Fafnir the dragon. But the one who made him think and stuck in his mind was Akko and her eyes. That has to be worth something at the end of the day. 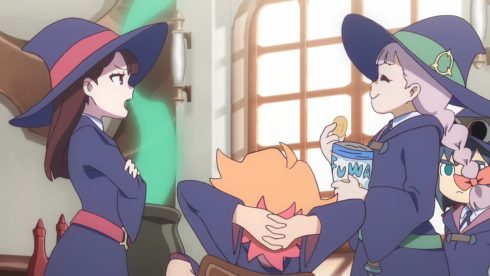 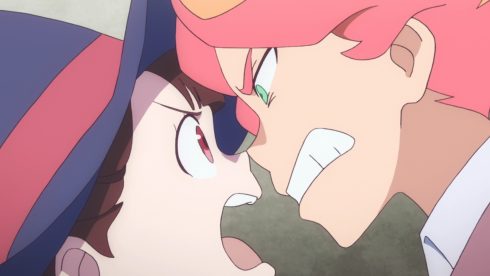 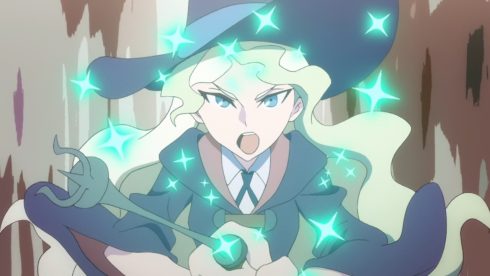 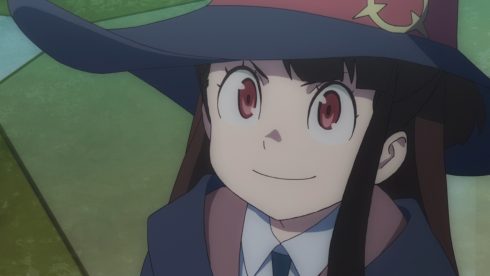 It makes you wonder what the future of magic is in that world. But I suppose the more immediate question is how things will continue to unfold with Akko. This episode showed how she is still far off from where she wants to be. She is a bit too reckless and struggles to follow the standard way of things. It isn’t like she has figured out flight yet either. This episode helped cement a kind of friendship/rivalry with her and Amanda. Both Amanda and Akko fall outside the norm of behavior that is acceptable. Amanda loves to fool around on her broom and in general. But she does have better basic skills than Akko. If Diana is to be believed the big issue for her is being directionless.

No doubt that Akko and Amanda will struggle for a while in actually getting along. They are pretty good when they have a common cause to unite on, but otherwise they tend to clash. I’m still curious just where we are even going with Akko’s arc. So far she still hasn’t developed her skills very far and is still actively clashing with everyone. There is no doubt Akko has no problem questioning authority and imposing her opinion on others. Maybe that will cause her more trouble, but I don’t think it’s a terrible quality to have. If nothing else Akko sparks events into motion and makes things fun to watch. 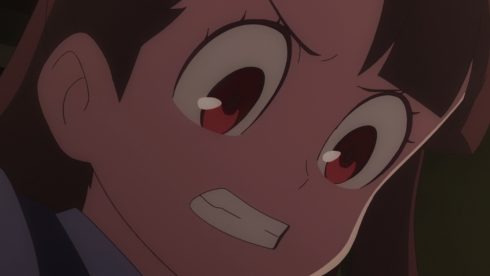 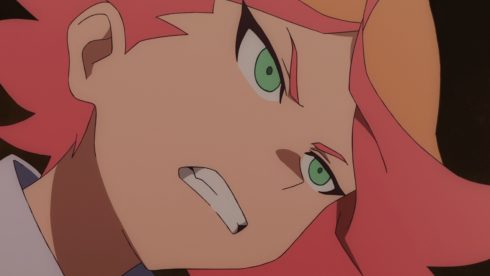 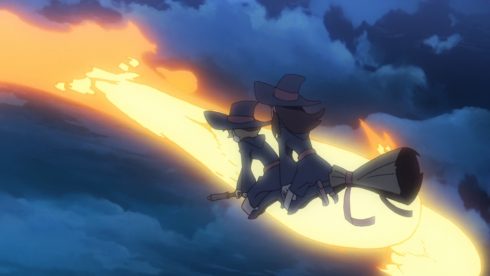 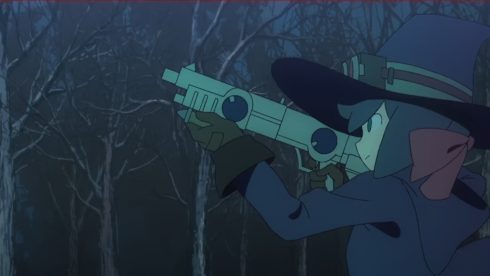 If nothing else this episode gave us a nice flying battle and a magical shotgun! That’s never a bad thing. Even if the cast were fighting mechanical dragons it did make for a good time. Sure it’s nothing but crazy having these girls dodging balls of fire and fighting those things. It was interesting how what seemed like a threat of a dragon attack turned into a threat by mechanical dragons which then turned into an old dragon just collecting money. Even that reveal was turned over by the knowledge that the dragon was simply ripping off the school.

That was a fun episode. Now we’ll just have to see where things go from here. It still seems like we’re world building which is fine so long as the episodes are enjoyable. Though curious to see what if any major plot might emerge from this.