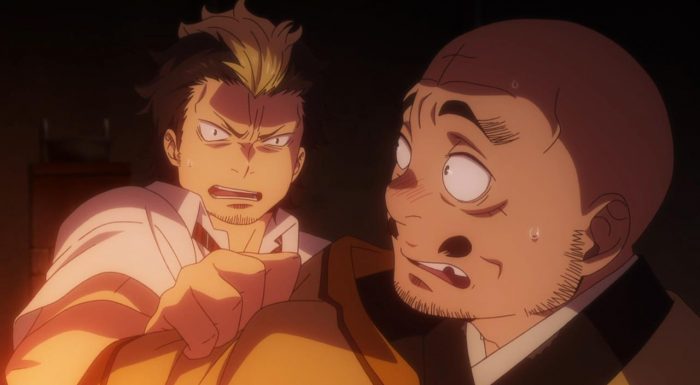 Its at this point, that I think those of us who stuck through Ao no Exorcist’s murky second start, are feeling pretty darn glad. The show has hit its stride and its starting to deliver on the complex web that it setup with such haste in the last few episodes. To fans of the franchise, especially those of the first series, this second season is also starting to make sense in the larger context of the story of the franchise as a whole. All in all, its a good time to be an Ao no Exorcist fan, and definitely someone who is watching this show on a weekly basis. 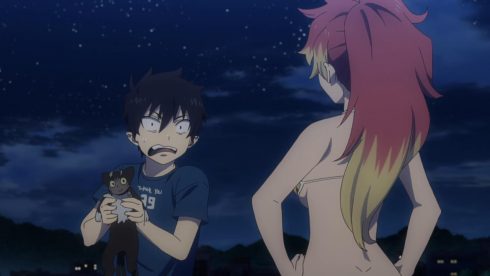 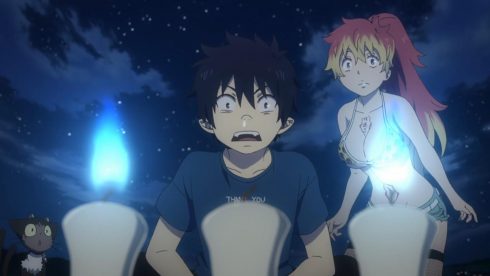 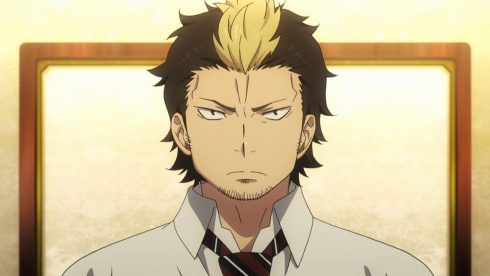 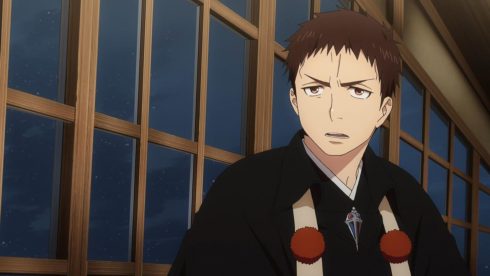 Now, if you’ll allow me a quick tangent, I’d like to state, that at the heart of most great Japanese stories, is the theme of family. Ao no Exorcist is definitely no different in terms of having that idea as one of its core themes. Its with family, that the series started, and its with family, that we find ourselves in a rather interesting place this week.

There’s actually a lot of complex relationships at play this week,but all of them are really just different kinds of variations of a familial relationships. Its the reveal of Mamushi as the traitor, that really jumpstarts a series of unfortunate events and misunderstandings that pretty much reach their boiling point. And with that boiling point, comes a fascinating exploration of how many different forms of family, can easily be misconstrued against a person. 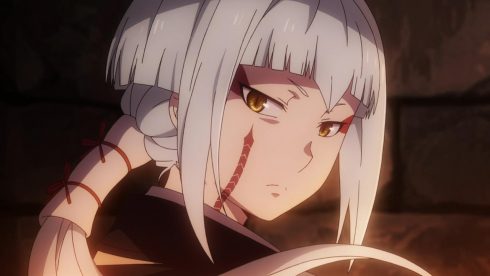 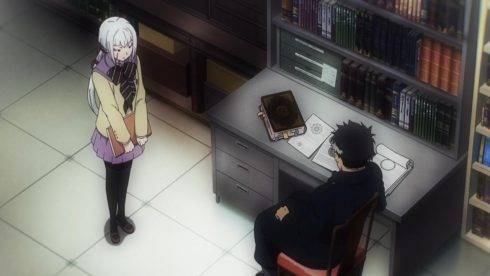 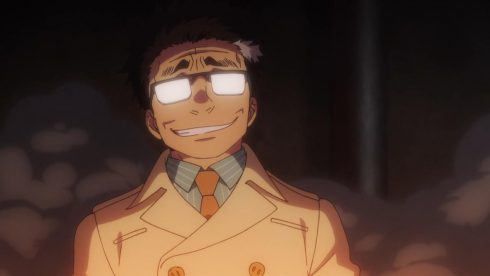 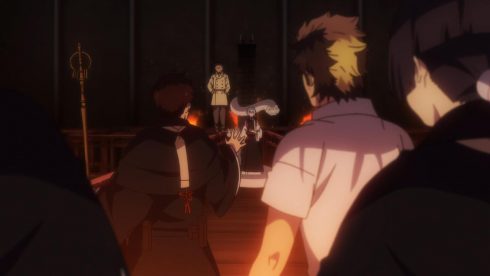 We have Mamushi first, someone who feels betrayed by her real family and friends, and has been taken advantage of and manipulated by her teacher. Yeah… A teacher is just as important to any young adult as family, as our teachers are like surrogate fathers and mothers, teaching us the ways of the world and our place in them. It takes a special kind of fiend, the kind in Todo, to pervert that honored duty and tradition, and not only ruin Mamushi for his own gain, but drive a deep wedge between her and her actual family and friends.

And the real tragedy, is of course, the fact that its Rin’s very existence, that Todo uses against Mamushi and the rest of the Myoda sect. Rin’s existence is a secret, and the very fact that this secret exists is more than enough to sow the seeds of doubt and anger in the entire group. Its clear to us, that what Mephisto, Fujimoto and perhaps even Tatsuma Suguro did, was actually an act of kindness (with regards to sheltering Rin), but no one else has that particular context or background information. 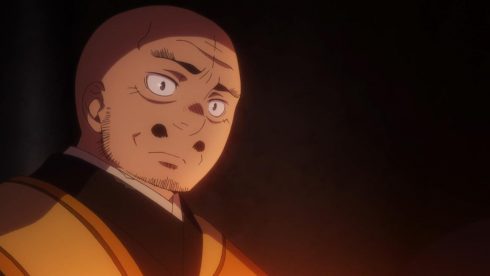 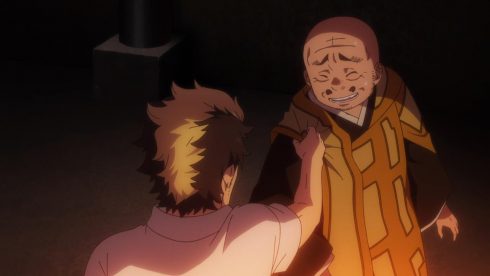 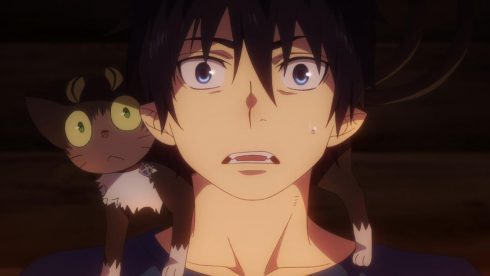 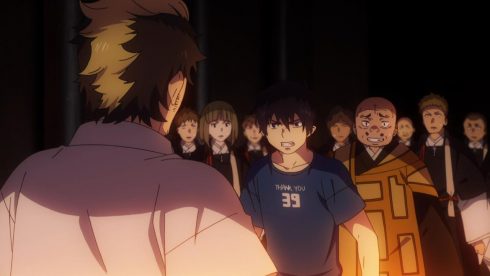 To make matters worse, its context itself, that Tatsuma Suguro refuses to give to both his son and the rest of the Myoda sect. Its clear that Suguro senior’s hands are tied, but the cost of keeping those secrets is the very reason for the entire mess at hand. Its the reason that Tatsuma, despite his best intentions is all but losing his son and failing to reach both him and his own friends and family. But I think what Ao no Exorcist does so beautifully, as it overlaps Ryuji Suguro’s situation with Rin’s, is that it gives a perspective, that many young people probably lack, with regards ti their fathers. The idea that our fathers and parents are people that we should trust and believe in until proven guilty.

A father or a parent might not be able to tell you why they’re doing what they’re doing, but sometimes even the seemingly inexcusable things that our parents do, might have some hidden reason behind it all. Rin’s seen and made the mistake of hating his father, first hand, and then losing him, so I don’t think it comes as a surprise when he ends up losing control of himself at the juncture when Ryuji is chewing out his own father. 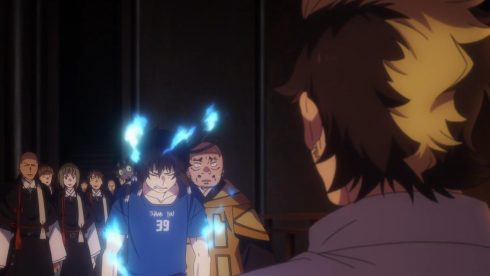 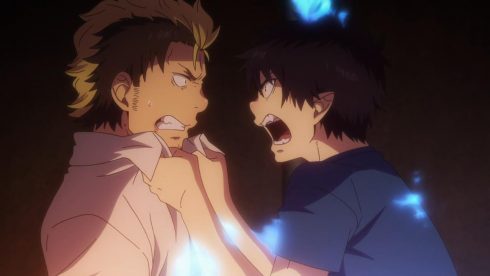 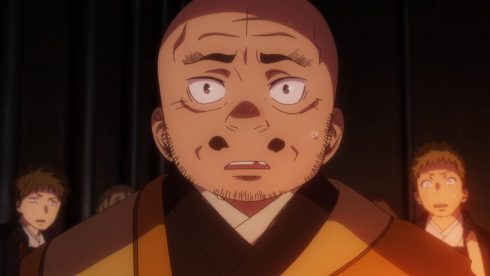 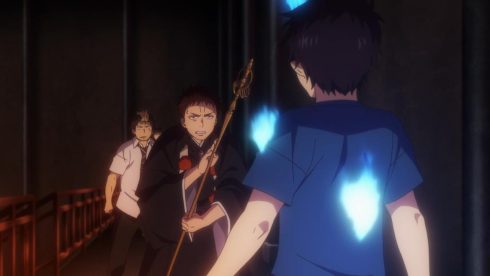 Its unfortunate, and its definitely the worst possible time for Rin to reveal himself, but the pain that the boy feels, especially as he sees his friend repeating the same mistake he made, welll.. It propels him to act. To everyone else, Rin becomes satan’s son again, but to use viewers, the picture couldn’t be different. I , for one, really felt touched by his persistence to try and get The Suguru family to put aside their differences, at great personal harm to himself.

It doesn’t end well of course. Rin has to be put out of commission, the entire Myoda sect is thrown into disarray, and of course, Mamushi and Todo escape with both eyes in tow. Its a dangerous situation for all parties concerned, but at least now most of the cards are seemingly finally on the table. Now its just a question of everyone reconnecting and understanding one another, before they can deal with the big threat in front of them. 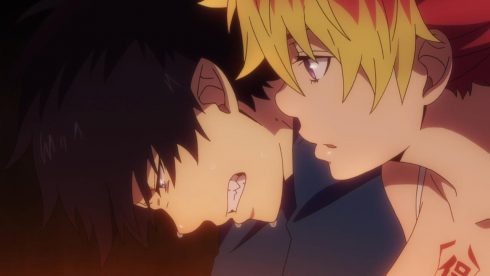 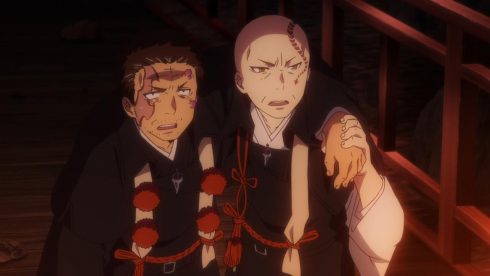 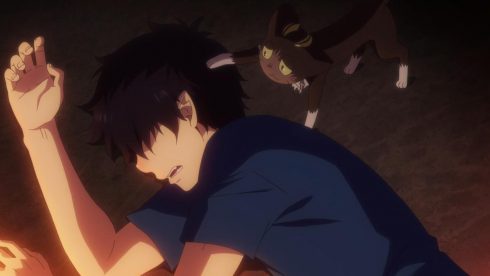 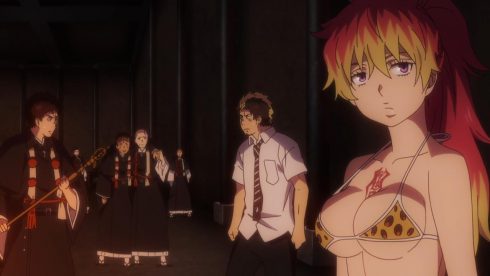 The final thing I’ll say, as I notice my posts for this show seem to be considerably shorter than what I generally write, is that Ao No Exorcist is in a special class of TV show. It throws a decent amount of content at you, to the point where every episode feels like it wraps up in just a few moments. That feeling of brevity, combined with, there really not being too much to say, is perhaps, the best indication of the quality of the show (In my humble opinion). You just need to watch it, to really get everything from Ao no Exorcist – Kyoto Fujouou-hen, and sometimes, that’s just what we need from our entertainment.