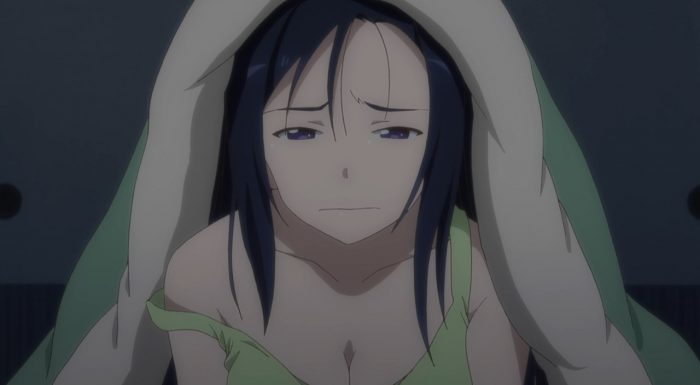 With episode 3, something that impresses me a fair bit is how well this show is handling its character focus. This episode is clearly focused on Satou Sakie-sensei, the Succubus teacher, yet Hikari and Kyouko both have significant scenes that continue to build off of their previously-established characters. No one has to drop out of sight or be reduced to just a few seconds of screen-time just so someone else can take the spotlight. I like it a fair bit since it keeps everyone relevant. Also, it means we still get lots of Hikari being Hikari, which is a delight in and of itself. 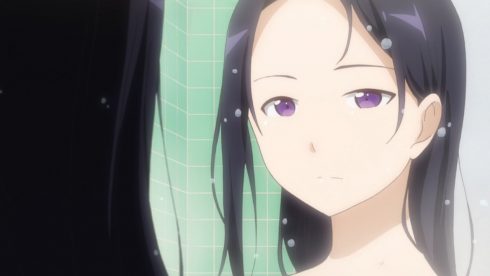 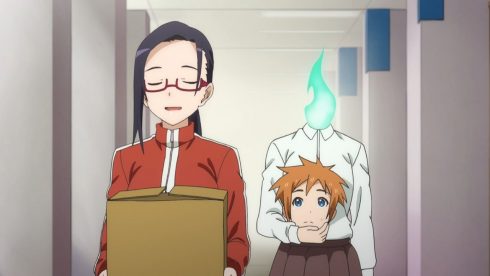 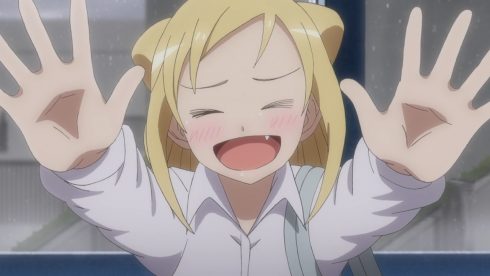 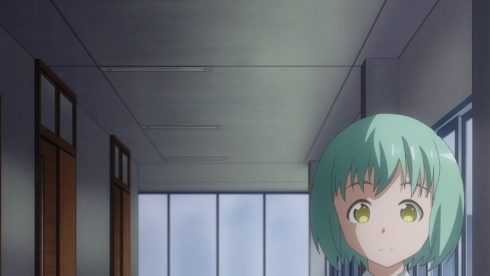 That said, this is primarily Satou-sensei’s episode, and we can begin to grasp now just how drastically her situation impacts her life. And it’s really kind of depressing. She gets up at four in the morning to catch the first train in, because she doesn’t dare get stuck in the rush crowds; she leaves school late at night to catch the last train home for the same reason. She has a long walk to and from the station to a lonely cottage with no neighbors where she lives all alone, because anyone who’s near her while she’s asleep will be inundated with intense erotic dreams; gets drunk on beer by herself; and then goes to bed to wake up in probably no more than 5 hours to start it all over again. She is clearly lonely and unhappy. She wants to be close to people; she wants to be able to fall in love, and have someone fall in love with her. But anyone who she were to try with would almost certainly be drawn by her innate seduction, rather than genuine love. 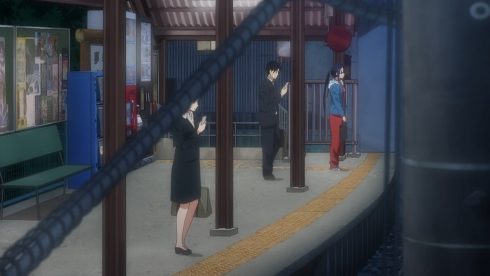 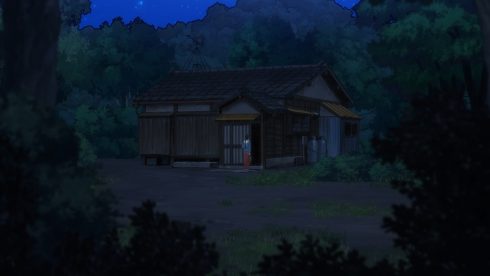 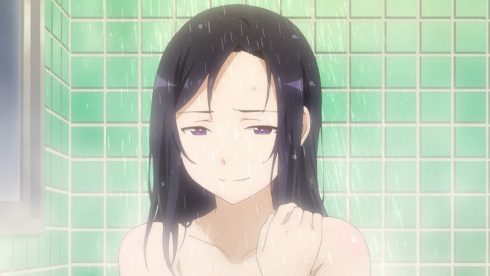 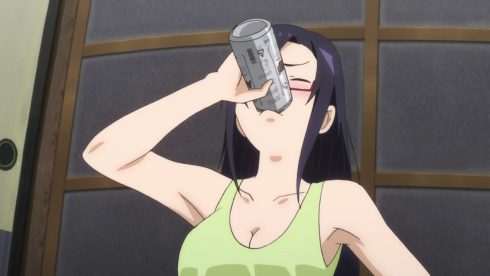 Until, of course, Tetsuo manages to charm her. I give him major points for being able to keep his cool when he catches her hand. Of course, he had some idea of what to expect, but still. A seductive influence that can border on mind-control, and he doesn’t even change expression. That’s some good self-control. And it caught Satou-sensei’s attention the way almost nothing else could have. After all, it’s ridiculously easy to find men who would express interest in her. But to find someone who can be hit by her seduction and not show interest? That’s something new. 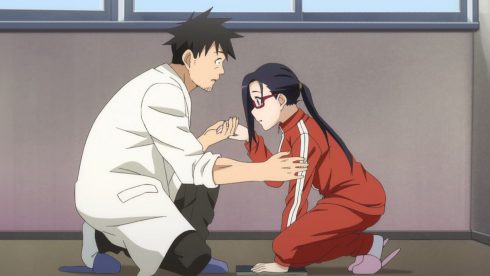 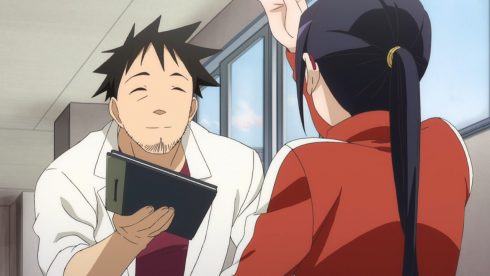 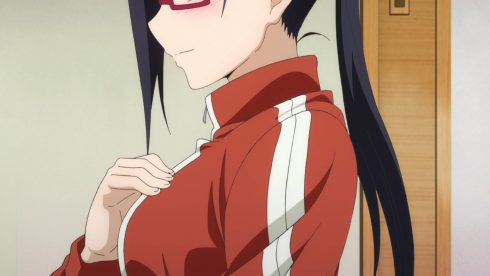 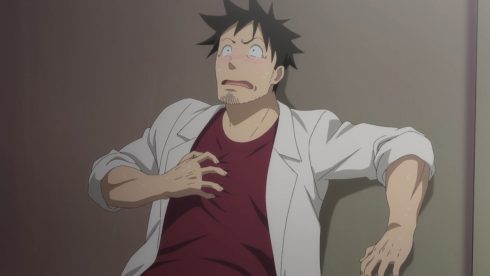 Of course, as I said above, the other girls get some chance to shine too. Hikari wanders into the biology room to get out of the sun, and gets roped into another interview. Except this time Tetsuo focuses exclusively on the potential erotic implications of a vampire biting someone else. You can tell he’s a biology teacher: sex is just another subject of conversation to him, no more worthy of embarrassment than any other. Not so much for poor Hikari, who finds it harder and harder to keep her cool with this line of questioning. Fortunately Tetsuo finally notices her increasingly brilliant blush and changes the subject. Of course, Hikari wants to get back at him a bit, so she tries to embarrass him in return… only to self-destruct when he doesn’t react at all to her kiss on the cheek. 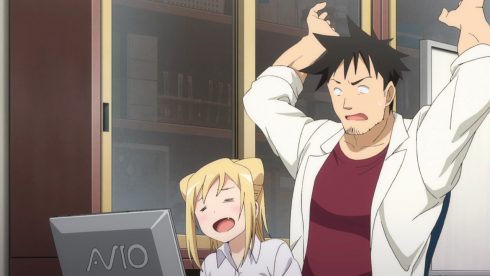 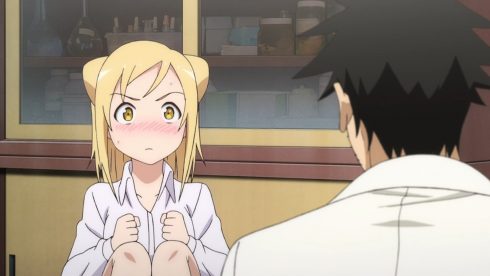 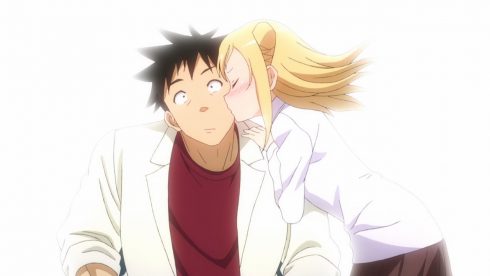 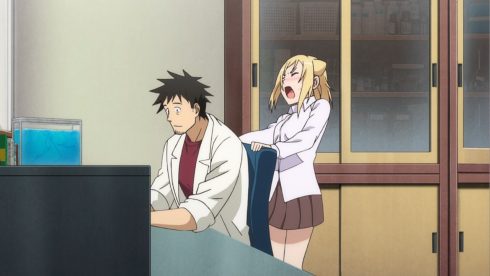 Kyouko makes her appearance when Satou-sensei helps her carry a box of books to the reference room: something Kyouko can’t really do alone. Their conversation is pretty interesting, with Satou-sensei pointing out that, often, the maturity children see in adults is a facade adults create to try to make themselves look better to the people around them. While adults do have more experience than children, generally speaking, it’s not like being an adult mystically grants you knowledge and understanding of the world you lacked when you were a child. What that means in this case is that Satou-sensei doesn’t really have all the answers that Kyouko is hoping to get from her. 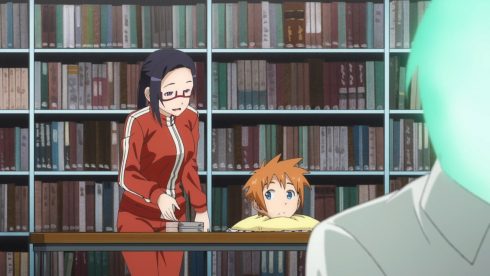 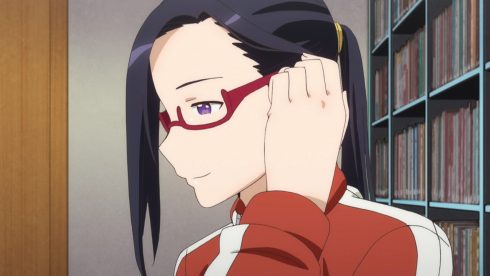 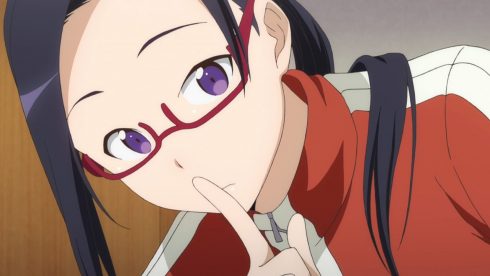 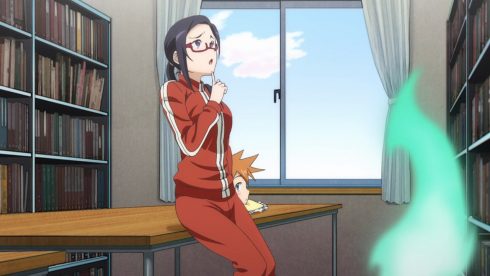 One other thing I really noticed during this conversation is just how expressive Kyouko’s eyes are. Probably due to the fact that we get lots of closeups of a face without a body to provide additonal emotional feedback, Kyouko’s face and eyes move in a lot of subtle yet significant ways as she talks. It’s impressive how well they can convey her emotions with just slight variations in her face. 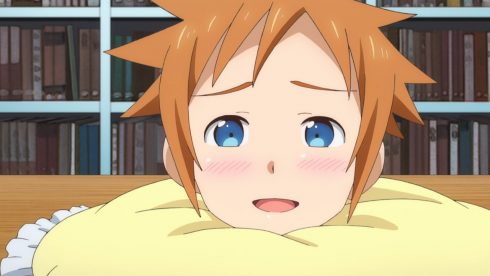 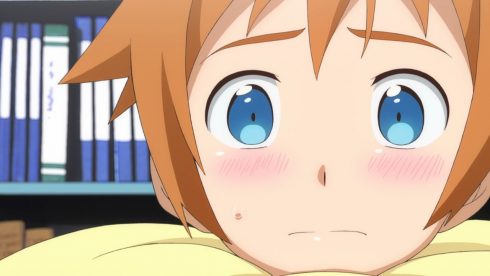 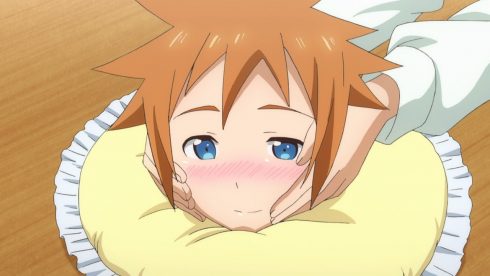 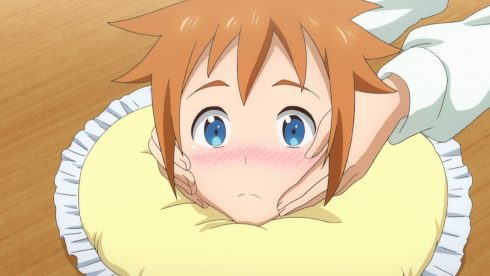 Lastly, we are finally starting to get a look at Kusakabe Yuki, the Yuki Onna. Pretty much every time we see her she’s either been alone, or deliberately avoiding people, yet she doesn’t give me the impression of someone who likes being alone. I get a distinct impression of unhappiness from her. Unfortunately, her attempts at isolation backfire when she overhears of couple of girls gossiping in the restroom and bad-mouthing their schoolmates. Really, all you’d have to do is just look at Yuki for more than a few seconds to see that their accusations are ridiculous, but those words are just the sort of thing to strike to the heart of a girl who is already lacking in self-confidence. It’s painful to see her huddled outside Tetsuo’s door, clearly on the verge of tears. 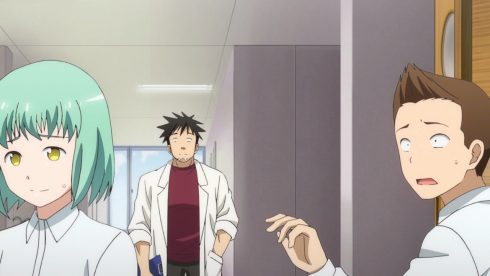 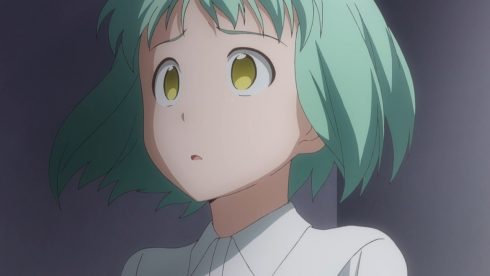 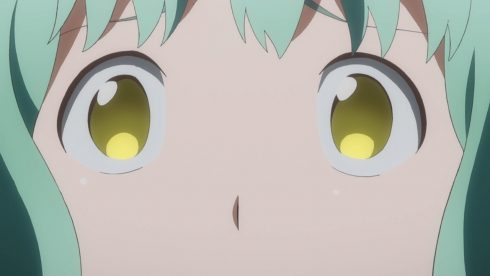 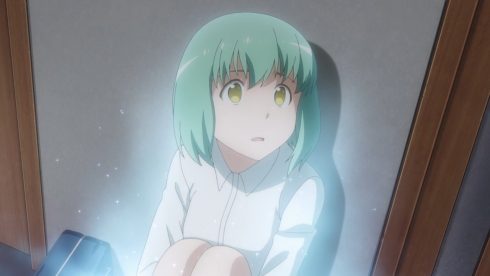 It’s interesting… when I first discovered that this series was going to be turned into an anime, I remembered it as a decent slice of life manga with some interesting exploration of the various peculiarities of these girls. And while all that is here, the more serious undertones and social aspects and analogies seem somehow clearer in the anime than I remember from the manga. That isn’t necessarily a bad thing, but it leaves me with a somewhat different mood when watching this series than I had expected to have. Still, I am definitely enjoying it, and after some fairly intense internal debate I’ve finally decided to pick it up for coverage for the rest of the season. Thus, I’ll see you all again after the next episode… which airs tomorrow. I plan to get these posts out quicker in the future. Really. 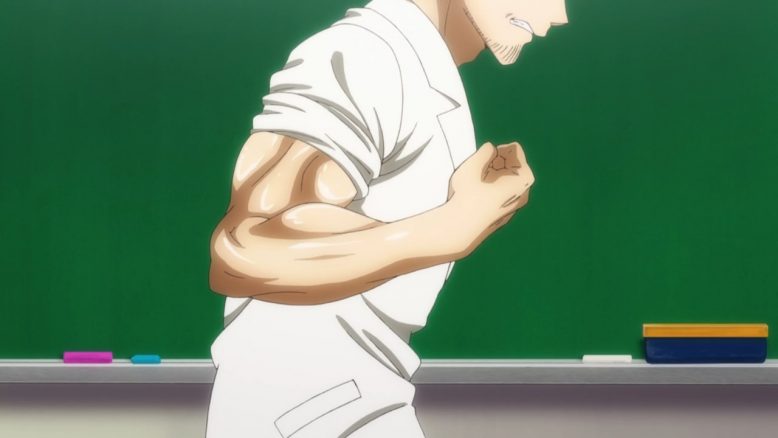