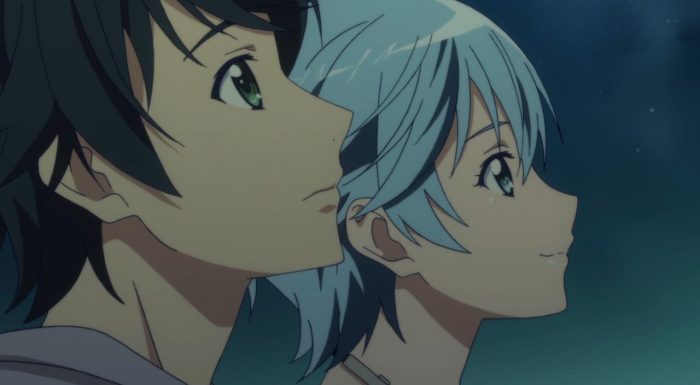 That Tama-chan, she’s a real piece of work isn’t she? 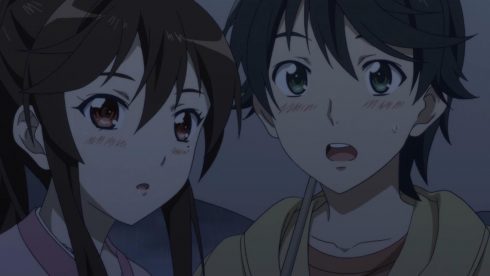 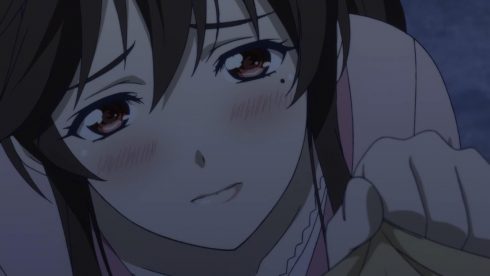 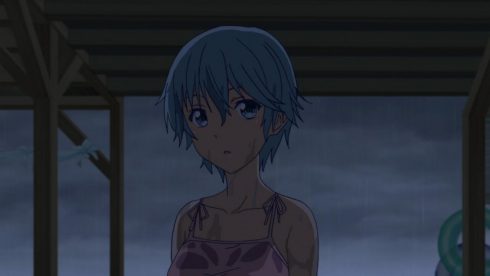 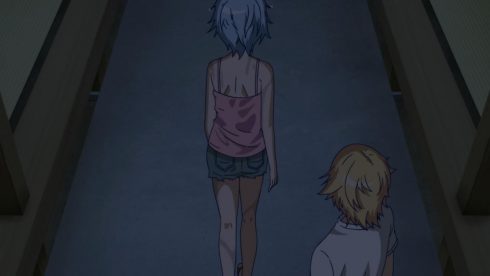 After three weeks, with its fourth episode, I’d say that Fuuka has definitely made a case for it is, and what it isn’t. Fuuka is an immature, cliche ridden romance show, but its also a show that has a ton of charm and enough heart to power through and be interesting most of the time, and pretty darn endearing every now and then. This week’s episode had one of those endearing and very heartfelt moments. Fuuka, despite its immaturity and its reliance on cliches, does have some interesting and unique things to say.

The thing that made this episode so memorable for me, was the so called fight between Fuuka and Yuu. That fight had an element of realism and heart to it, that really did show that it came from a place of experience and understanding. Fights between couples and people that really care about each other do sometimes result because of misunderstandings. Clearing up the misunderstandings is a challenge, especially when egos and feelings are involved. 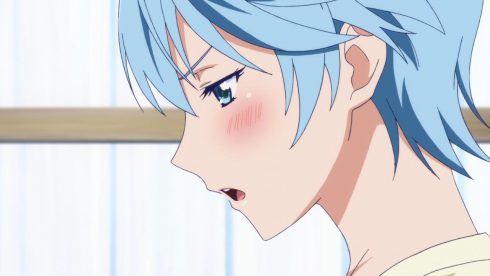 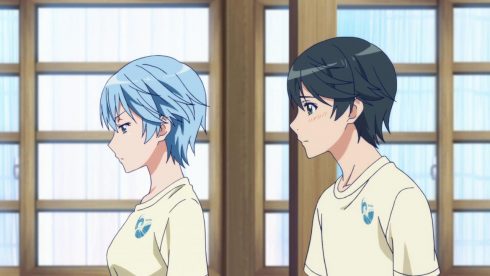 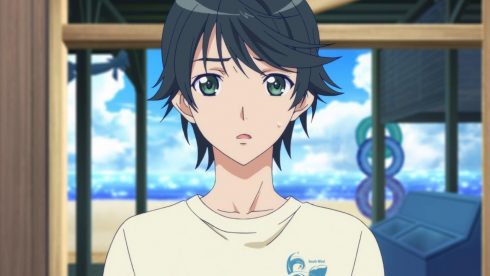 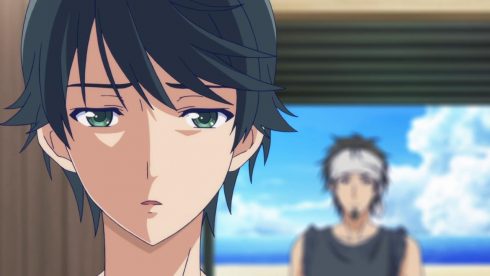 Its quite clear, that both Yuu and Fuuka are really into one another (which, incidentally, is I said couples earlier and not just “people who like each other”), and it feels like a matter of time before the two of them do eventually go out. It was this week’s simple fight that these two had, that really sold me on the idea that these two kids not only look good together, but actually have chemistry. Its a task that the first three episodes really didn’t manage, with last week’s cliche ridden mess being the worst failure.

But this week? This week we had the Fuuka that was more human, and the awkward Yuu that desperately tried to make things right, but just couldn’t. The struggle and frustration that both characters had, with one another and their situation, was just well done. It made sense to me that Fuuka was just hurt, and felt angry at Yuu even if she didn’t want to. As for Yuu, the guy clearly understood what had happened, and was trying his best to apologize. The excuses he made though, is what made it all worse, and you could see that while he was trying, he just wasn’t saying what he needed to in that situation. 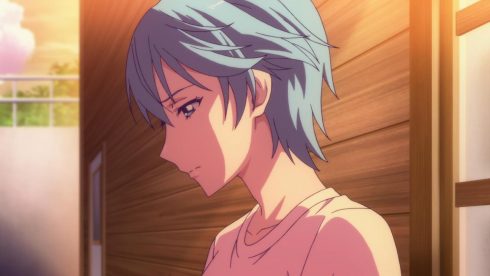 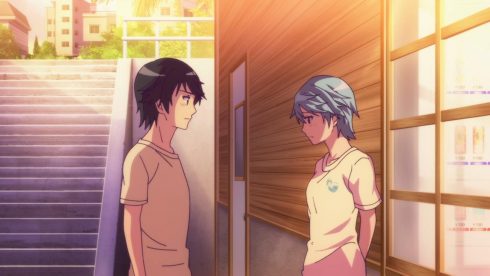 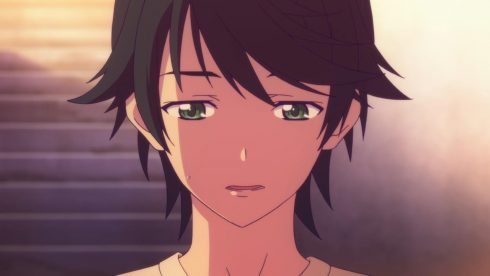 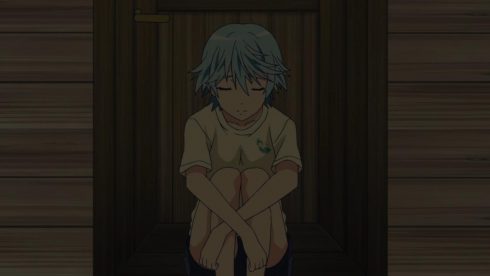 Of particular note, for me, was the awkwardness that followed after Yuu tried to make things right. The way Fuuka continued to avoid him, and the way that rejection continue to eat at him, was very realistic and I’m sure very relatable to many of us. But it wasn’t just the bad parts that made this fight so nice, and it wasn’t even the fact that both Fuuka and Yuu showed their “flawed” sides and became more human in the process.

No, it was not only the fight itself, but its resolution that really made me smile. Makoto actually helping both his friends out, and acting like a human being instead of a walking talking cheese dispenser, made for a heart warming moment. Seeing Yuu support Fuuka in her dream to sing, was pretty darn awesome. It showed the best parts of the guy, while still showing us that if nothing else, he’s not all that confident or impressive. Yuu standing up for Fuuka, meant something, and it showed us that the guy actually did deserve some of the attention that Fuuka’s been giving him. 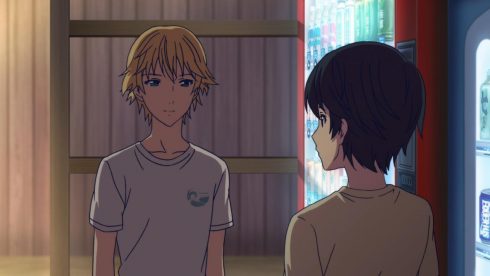 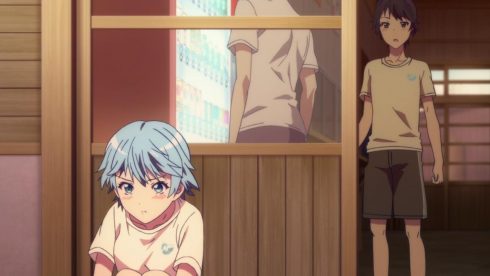 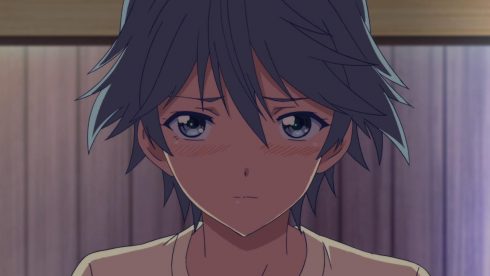 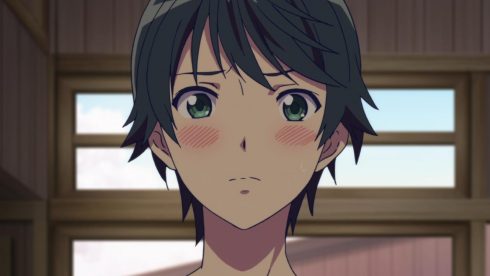 And Fuuka herself, hearing Yuu’s big declaration, that yes, was a confession, and basically melting to it, was pretty darn sweet. The romantic tension that erupted from both of them, felt organic and natural, and I think the show managing to pull that off is just impressive.

What the show didn’t pull off so well, however, is Tama-chan. I opened up with a jab Tama, and that’s because my opinions of the girl have really taken a nose dive. See, Tama is the worst kind of person in some ways. She’s clearly gunning for Yuu, she clearly sees that he’s interested in someone else, and instead of taking the plunge and confessing, she recedes back into the whole “we’re just friends” space. 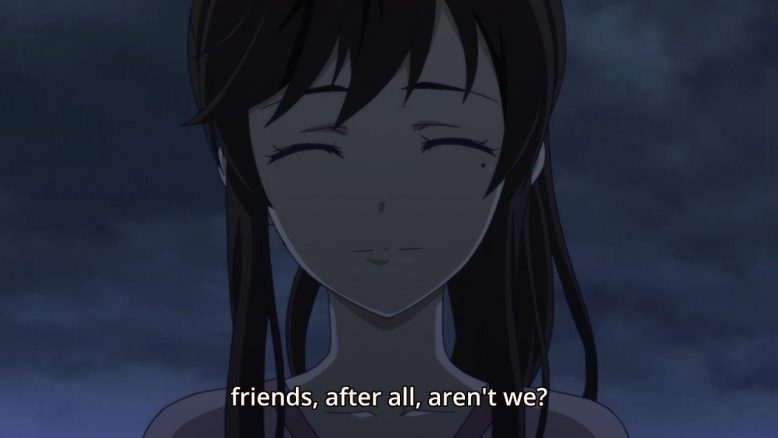 This is something that a lot of guys do, quite often in real life. They realize that the girl they like isn’t into them, and rather than either just give up or try and be direct about their feelings, they try to weasel their way into their life, and slowly win them over. Make no mistake, that’s exactly what Tama is doing here, if the end of the episode is any indication.

Personally, I think Tama put herself out of the running the moment she balked and spewed the whole friends line. If she was sincerely interested in Yuu, then she should have risked it, and asked him out. Its especially important because of the fact that he may be interested in someone else. But putting yourself out there and risking rejection, is a really hard thing, and it requires a great deal of character and power to do. 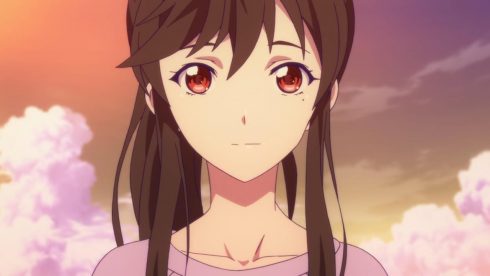 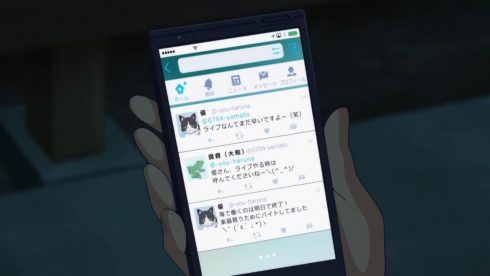 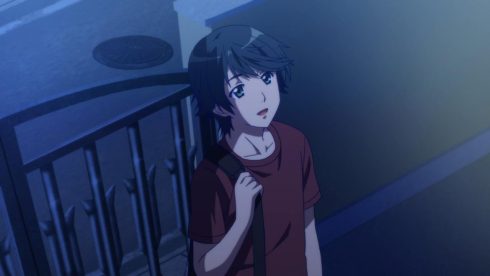 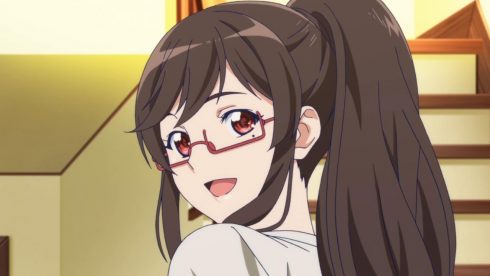 Koyuki or Tama-chan, doesn’t have that. Her way of approaching her feelings for Yuu are fairly selfish, and the fact that she ends up at his house, after all this time, is a really bad omen. It means that she intends to continue to worm her way into his life, and she won’t be direct or open about her intentions. What that means is that Yuu will be really confused, unaware, and then will be put in a rather awkward place.

Its a really sucky situation, and its just very interesting that we have this happening from a girl, which is less common, but still very much a thing that happens. I can see Tama bringing some unneccecary drama into Yuu’s life, but its gotten pretty hard for me to root for her success. Yuu and Fuuka have shown themselves to be really likable kids, and I am hoping for their happy ending and for Fuuka’s dream of forming a band coming true. 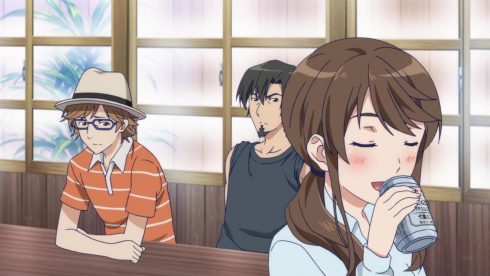 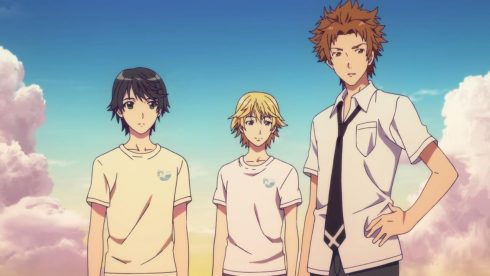 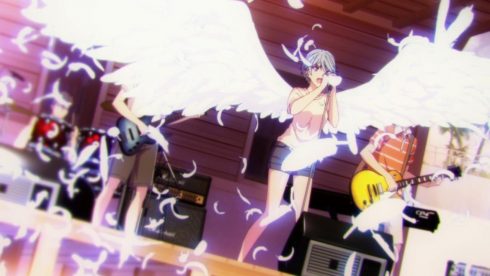 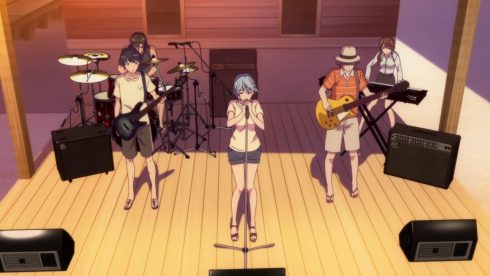 Speaking of bands, I liked the little nod to the HEDGEHOGs, and whatever story that is floating behind their “hiatus”. It is definitely a bit convenient that Fuuka ends up being close to the HEDGEHOGs that she so adores, but the story worked out well enough and brought out some good character moments, to the point where I want to give the show a pass for it. Fuuka’s success, Yuu memorization, and even pushy senpai’s becoming the band’s drummer, were nice results to this particular plot point.

By the end of it all, we’re actually in a good spot. Sure we have the random cliches, we have a unpleasant situation with Tama-chan, and we had the unneccary “guy accidentally falls and gropes” girl trope thrown in there, but the show’s positioned itself for some good stuff coming down the line. I’m interested to see Fuuka and Yuu’s progressing relationship and I’m curious about the music band that’s forming as well. 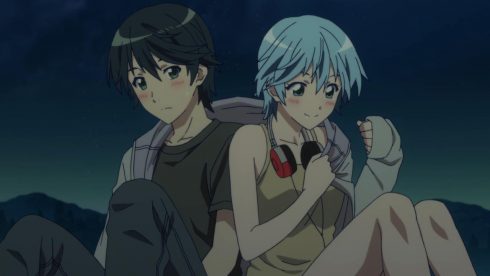 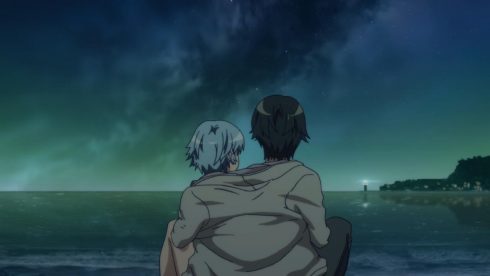 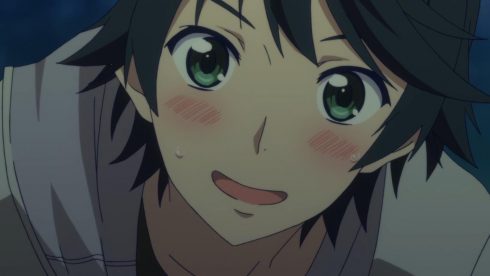 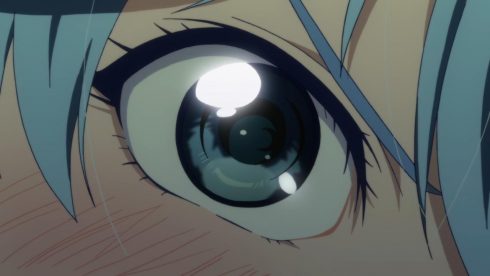 A week ago, I was merely hoping for Fuuka to show me SOMETHING that would make the experience worth it. It may have been rough around the edges, but Fuuka did deliver. I really am engaged and interested to see next week’s episode.