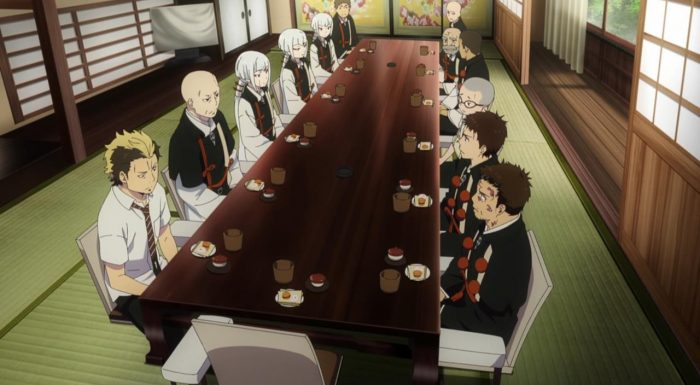 Slow and steady wins the race. Ao no Exorcist, Kyoto Fujouou-hen is taking is taking it nice and slow, carefully building a foundation for something that I think will turn out great. And I’m sure that slow pace, the careful methodical way in which it covers all the little character beats and the political situation in the Myoda sect, is starting to frustrate some people, even if I’m not one of them. 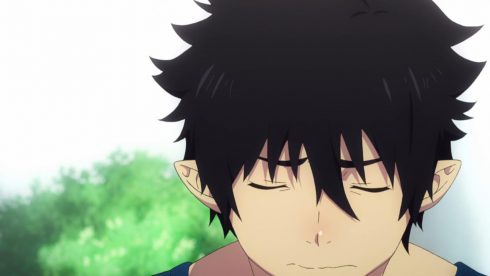 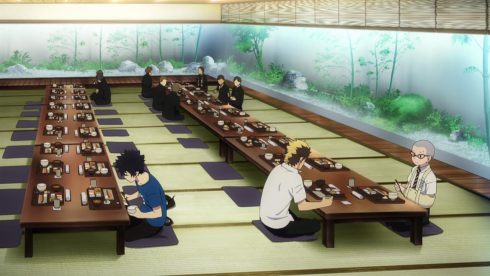 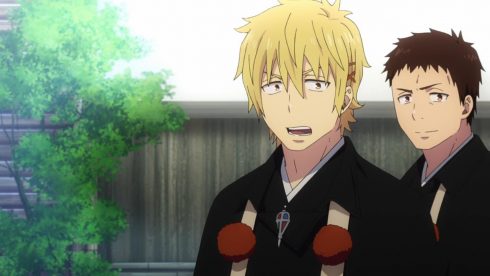 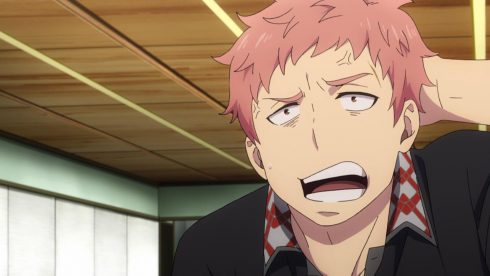 If you’re one of those people whose losing patience with Ao no Exorcist, its because the little details are a bit hazey. Ao no Exorcist’s second season took a pretty big short cut. Instead of redoing the story from the ground up, and covering the elements that the first series missed out on properly, it opted to just fire on ahead, and get to a point in the story that is new to people who haven’t read the manga. The problem is, with so many years in between the last viewing of Ao no Exorcist, that flow and emotional engagement just can’t be brought back.

I remember Ao no Exorcist so vividly, because I followed the manga quite closely a few years ago. To me, the big difference of Rin’s friends treating him differently and unfairly is something that’s been long overdue, and so every moment the series spends on that particular topic, is just a joy for me to behold. 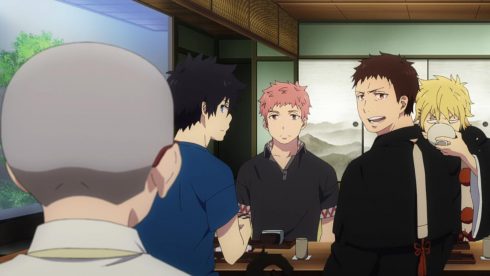 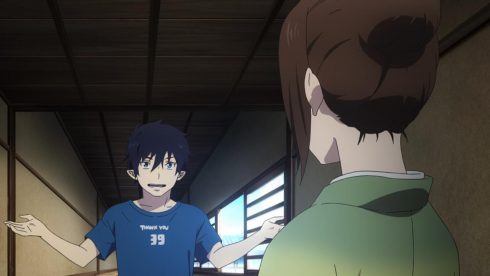 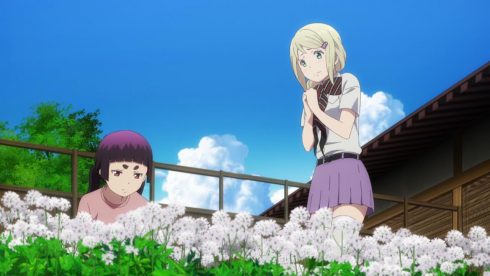 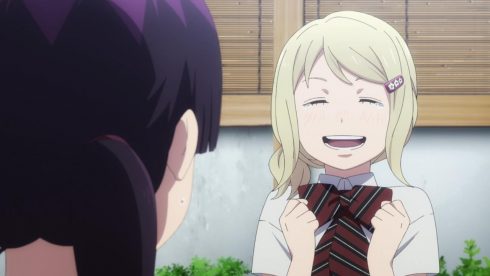 I love how Rin is slowly melting everyone’s hearts and reservations away with kindness. That particular characteristic, that Rin embodies, selfless kindness, is what sets him apart from many other characters. And I like how the show, despite the fact that it skipped over the necessary retelling of the story to make it all sing, is still dedicating the time where its needed.

This week very much had us focus in on both Shiemi and Konekomaru. Shiemi, for her part, has lost confidence in herself because of what she learned about Rin. The fact that Rin and Yukio carrying such a dark secret, but didn’t feel like they could turn to her, is just the sort of thing that would make a kind girl like Shiemi feel hurt and worthless. Its not entirely mature, nor is it fair, but Shiemi is very much a person in how she misunderstands and then blames herself for whatever is going on. Seeing her finally make her way back from the self loathing, and jumping back into optimism with Izumo’s help, was one of the great moments of the episode. 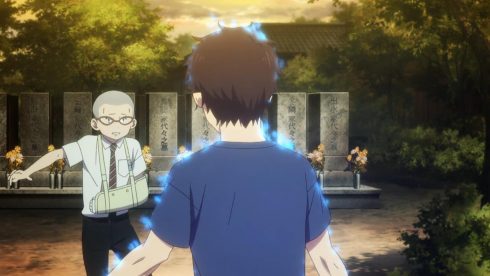 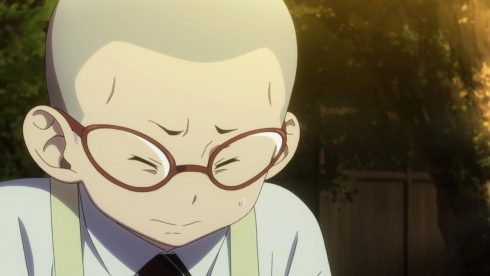 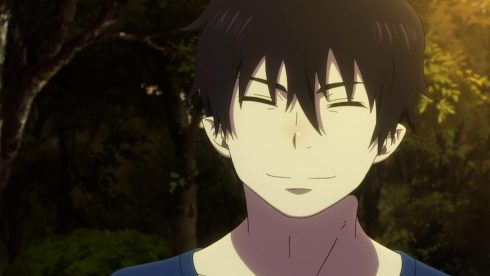 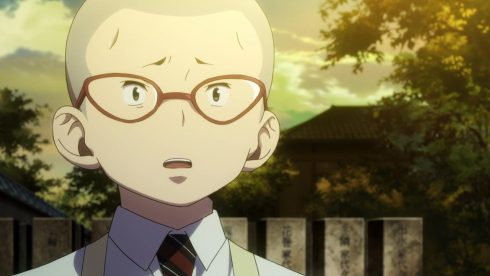 Konekomaru on the other hand, is one of those characters that I never could sympathize with in the manga, and I can’t seem to do it here either. Like Shima pretty much spells out, Konekomaru knows that Rin is a good guy, and yet he insists on labeling him as a problem. I’m not saying weak willed, small people like Konekomaru don’t exist in the world, but I myself find them a lot less tolerable to deal with sometimes. The way Rin continues to just exude kindness and understanding though, is definitely both noteworthy, and just admirable to see. By the end of it, even Konekomaru ends up reexamining himself a bit, which is I guess about the best you can expect from the little guy.

Meanwhile, as far as Suguro and the Myoda Sect go, things are definitely heating up. Everyone seems to be suspecting everyone else, with Mamushi, the snake priestess, looking pretty darn suspicious if you ask me. I actually don’t quit remember who the exact traitor actually is in the story, so It’s kind of fun, for me, to see that play out again. It’ll be interesting to see who in the Myoda sect is the real traitor, and just what kind of “mission” Suguro’s father has been handling on the side. 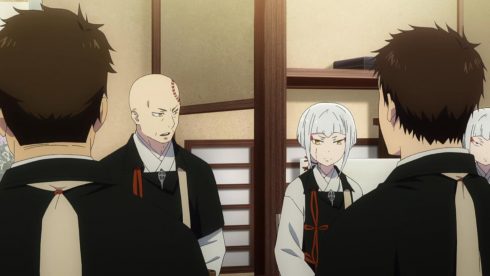 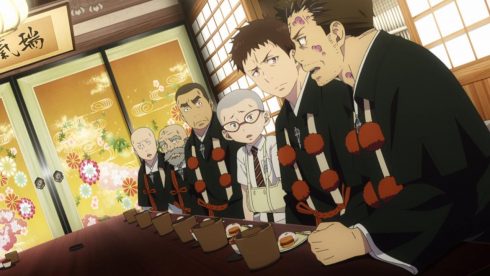 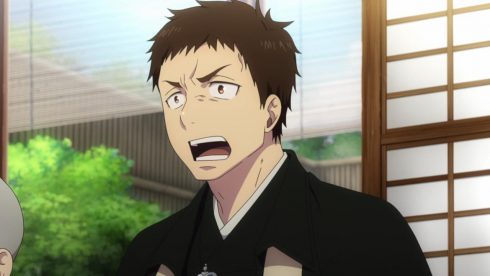 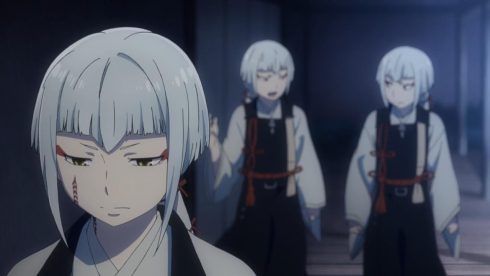 All in all, I really don’t have too much more to say this week. I’m linking Ao no Exorcist, and I think as I see the show continue to take its time and put in the effort to build the story and character moments, and sort of fail with anime watchers in my circle, I feel really bad for it. The story is good, the adaptation work is good, but its the lack of context due to the missing reboot work, that’s made this kind of hard to follow for some people. That’s A-1 Pictures and the Production committee’s fault to be honest, because much like Studio BONES, they really should’ve given Ao no Exorcist the FMA Brotherhood treatment.

I confess, I’m a bit worried about Ao no Exorcist. I feel like this is a show that is doing everything it can, and doing it all right, but that it may end up failing to be the second coming of the franchise, because of its limited episode count and low investment. I suppose we’ll find out in the coming weeks if that rings true or not.