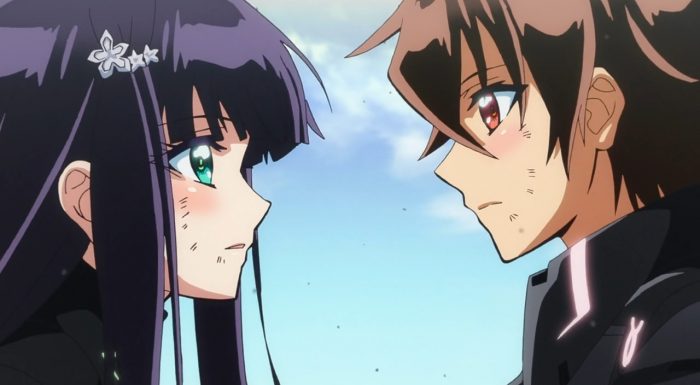 Well I guess this situation if nothing else serves as a great “what if” comparison for the movie Age of Ultron XD. Maybe just me, but that was the only thing I could think of as that city was falling back to the ground. Credit to the 12 Guardians they did hold the line. It didn’t exactly end well for them personally, but they did manage to avoid a city plummeting into the ground. That was a remarkably soft landing when you think about it. Oh sure there is bound to be damage. I’m not sure that spell can repair all the underground pipes and sewer lines ripped apart by the initial pull, but it was a good job. Better than the alternative that’s for sure. 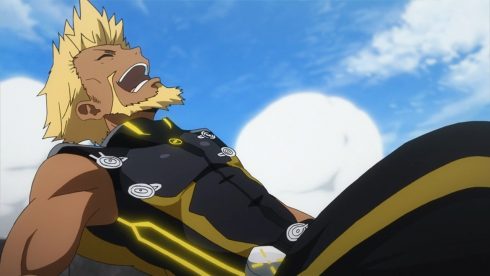 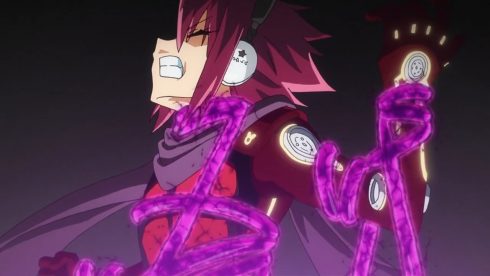 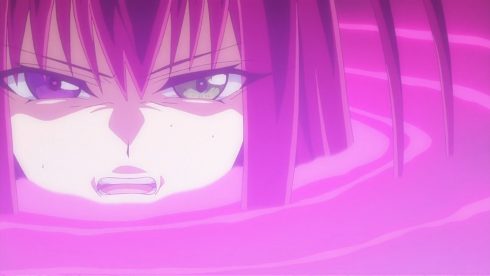 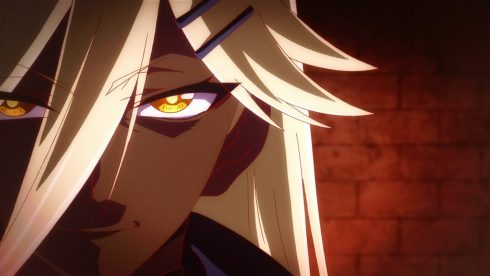 Of course that did lead to them all getting captured. I’m still waiting for Arima to pop out of nowhere since that guy definitely isn’t dead. So far nothing though. Instead Kuranashi captured the Guardians and that leaves everyone in a bad spot. If they don’t figure something out then this could end in utter tragedy. Kuranashi being able to steal that level of spell power would leave him an utter monster. Nothing more frustrating for the good guys than to do everything they possibly can and still basically lose. They jumped through hoop after hoop and still came out of this with a loss. Though you could say Kuranashi’s plan didn’t necessarily require them to win the game, but rather he simply had all the avenues covered.

Now the question is how the Twin Stars deal with this. They are basically out of gas themselves. How are they possibly going to be in a condition to fight? And frankly if Kuranashi starts to charge himself up on the spell power of the Guardians then there shouldn’t be a single thing the main duo can do against him. He’s already a Basara and then he becomes one that full of power from people who are still stronger than the main duo. Still that wouldn’t actually stop them from getting involved. We’ll see what kind of trump card the story plans on playing in that sense. 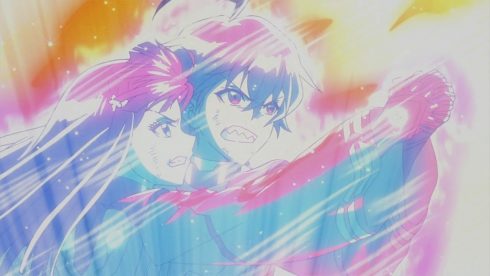 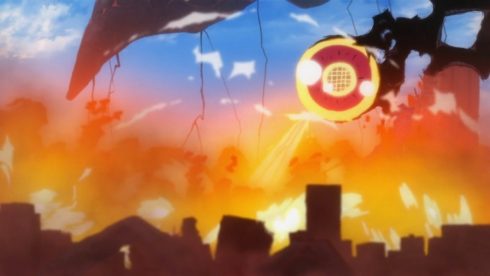 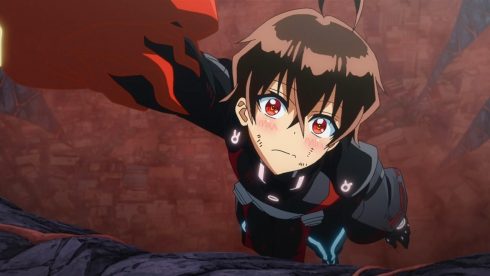 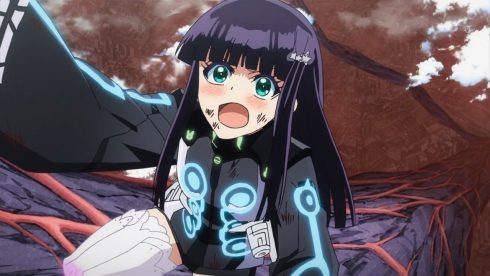 Credit to Benio and Rokuro for how hard they fought on in this one. They really did go right to their limit in order to bring that thing down. You could feel them pushing themselves and taking serious risks. Just climbing up that huge thing was a pretty extreme undertaking. They pulled it off though when it counted. A few close calls though. Their resonance barely edged out the firepower that thing could unleash and its ability to recharge. Just a lucky break that they had just more than that thing did. I doubt Kuranashi planned things so precisely since he was caught offguard by things like Mayura accepting Byakko. Also that might leave Mayura the last bit of help that the Twin Stars can count on in the next episode.

It was a bit of fun to see the show mixing in some romantic comedy into the action. It really is something how much of a silly couple Rokuro and Benio have turned into. They were just blurting out their feelings here and there during the fight and attempt to climb the monster. Benio was doing a fair amount of that blurting. It probably is a good idea for her to just push for answers since she can’t really hide anything now. It was silly, but worth a smile regardless to have her knock Rokuro up to the top of the kegare due to extreme embarrassment. 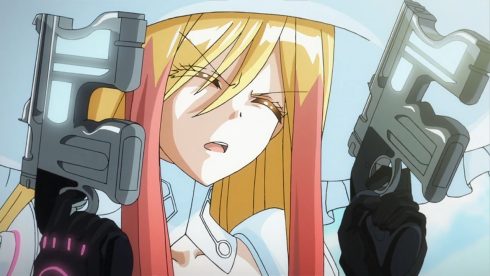 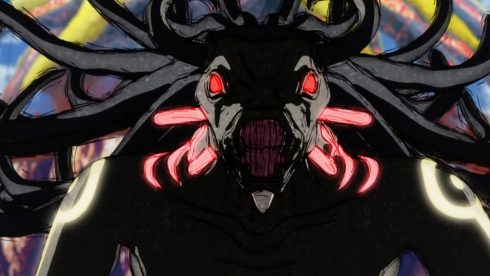 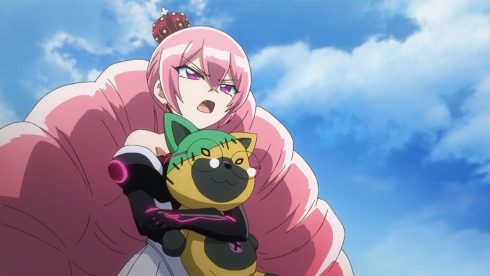 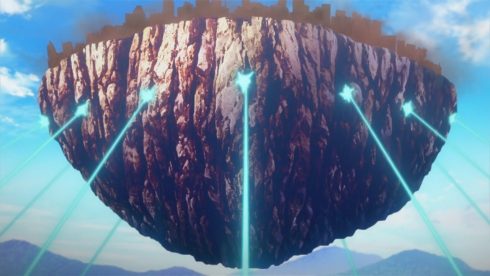 The one frustrating thing was that they couldn’t just get the full blown confession going. Would it really have hurt anything to just let that happen, give them a moment and then let everything go to hell? It’s not as if it is a secret how they both feel at this point and just blatantly teasing people is a bit annoying. Don’t go to the extreme of setting up that moment in the darn preview and then going with the classic “not this time” cut away from a confession. Just…boo. I guess we’ll see if they manage to slip that in at the end of this fight or not.

Some real effort put in there by the 12 Guardians in order to save the city. It is nice sometimes just to see the physical strain on characters when they try to do something momentous. And they managed just that. I do wonder if the key next week will simply be getting them free to help take care of the situation. The Twin Stars beating Kuranashi is hard to see, but a group effort is pretty believable. 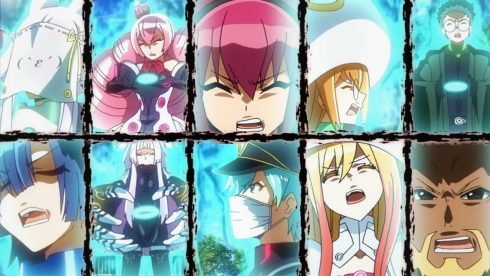 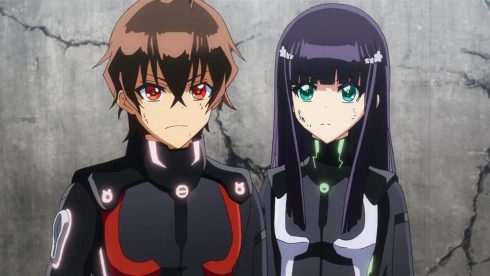 In the end it wasn’t a bad episode. I didn’t love the tease on the kiss and the confession, but I did enjoy the action overall. Something about those resonance moves is pretty fun to watch. So we shall see how things play out next week.