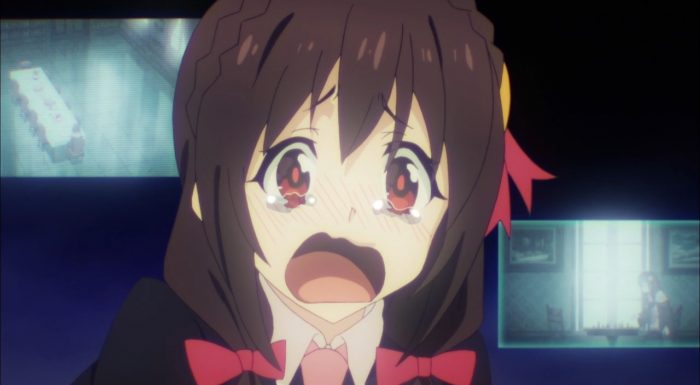 So Yunyun introduces herself to the main cast and she is definitely as odd a character as the rest of the cast XD. While she is definitely more balanced than Megumin in terms of her abilities that doesn’t mean she’s normal or any less flawed XD. She’s just a bit simpler and thus easy for Megumin to mess with. In a sense she loses out most often because she’s obviously eager to duel and Megumin takes the initiative to direct competitions in a direction that she will definitely win. If Yunyun was more confident able to tell that Megumin actually did like competing then she might be able to lure her. But that doesn’t seem too likely to happen. Megumin has a pretty good grip on the reigns of that rivalry. 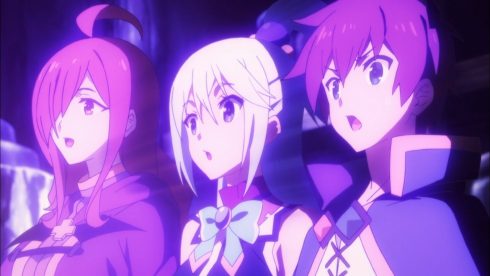 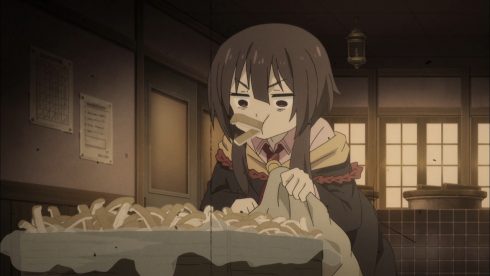 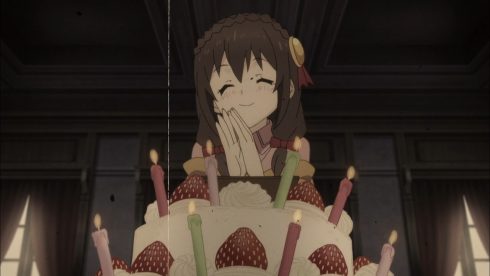 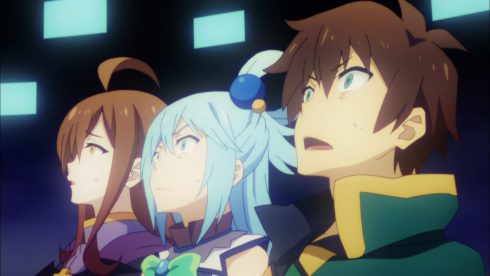 Wow this episode got both depressing and hilarious at the same time. That is a surprisingly good strength for this show when you think about it. That match between Yunyun and Megumin with the crystal was downright depressing. It was one time that Yunyun actually did manage to trick Megumin into a match and it kind of blew up in both their faces. We just got a good look at how depressing both of their lives really have been. That rivalry and strange friendship is basically one of the few that they both have. The rich girl and the heiress of the tribe united in that both of them are incredibly lonely. You have Megumin who was eating bread crusts and anything she could find in the wild to feed herself and her sibling. Then there is Yunyun who had no problem with food, but had absolutely no friendship.

Both of them living some pretty classic but effective examples of being utterly in a bad situation. Yunyun was: having birthdays alone, playing chess by herself, going out rejected by even plants who walked away from her…That was matched up against Megumin who was: eating bugs, stealing crops, stealing bread crusts from the school cafeteria…I can’t even blame Megumin for smashing that thing. I mean if it meant keeping those images flooding out for people to see I think anyone would destroy it. Maybe if only one person was using it or they only had little secrets it would be fine, but both these girls have had pretty rough backgrounds. It’s kind of sad that they can’t openly get along better. 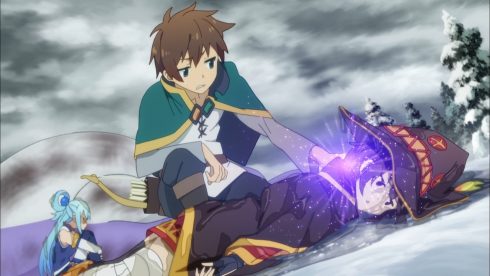 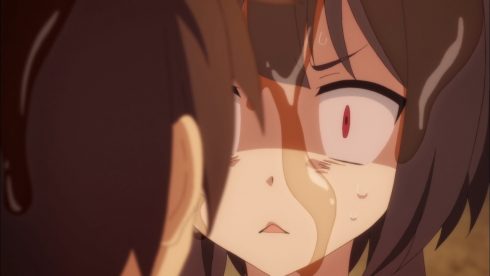 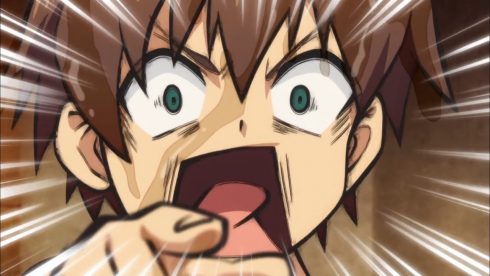 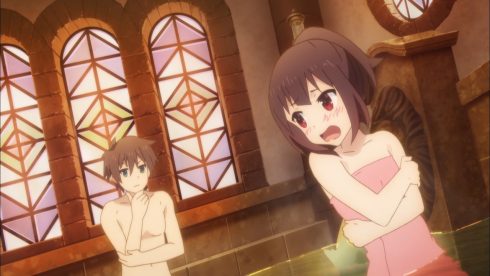 And yeah this episode focused a lot more on Megumin which isn’t a bad thing. A nice bit of fun with her and Kazuma in the baths as well. This was a good example of how Kazuma can just dig himself a hole so deep that there is no getting out again. He has a fair option to get in the bath and have no real problem. Megumin was ready to back out and let him have it. But instead he had to push his luck and taunt her a bit more. That lead to her being unable to play it calmly and thus they both ended up in the bath together. That on its own wasn’t the total disaster. Kazuma rationally realized how crazy that was and they could have at least avoided Aqua finding out. But instead…he throws around the loli word and digs deeper.

I do tend to enjoy Kazuma and Megumin together because they do give some nice shots back and forth. There are points when Kazuma gains an edge and there are times when Megumin gets to make him pay for it. Aqua and Darknes both have their own routines with Kazuma, but something about this one is the most enjoyable to me. It was just fun seeing them end up in that bath together and once Kazuma realized how crazy it was they were both extremely embarrassed. They just both get lost in the moment and suddenly things are a bit out of control. 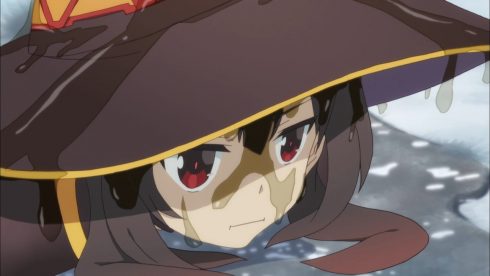 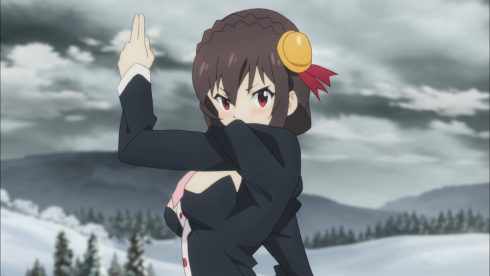 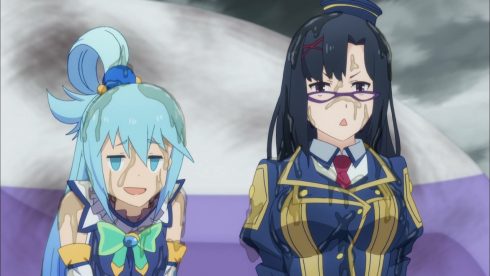 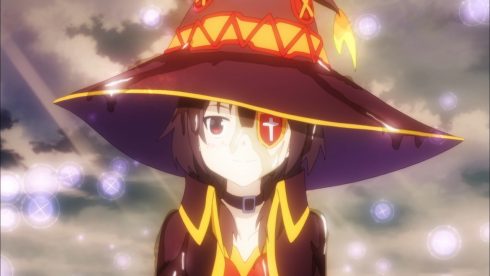 Good to bring back the giant toads. Those things were pretty darn fun. They managed to up it this time with throwing the prosecutor into the mix XD. And of course yet again Darkness misses out on the toads! That poor girl is going to kick herself if she finds out. Of course Darkness has her own difficulty. Luckily and expectedly the creepy guy isn’t doing anything perverted with her. Instead Darkness is putting on a dress for some reason. I’m not sure what the purpose is though. Is he using her family’s position for some political move? I doubt he’s actually intending to marry her though…you never know.

If nothing else that was another fun episode. And with this episode that concludes the first two episodes for every show I’m considering picking up. Whichever show gets the third episode will be the show I’m sticking with for the season. Something to look forward to there XD. This was definitely a fun episode for Konosuba though.