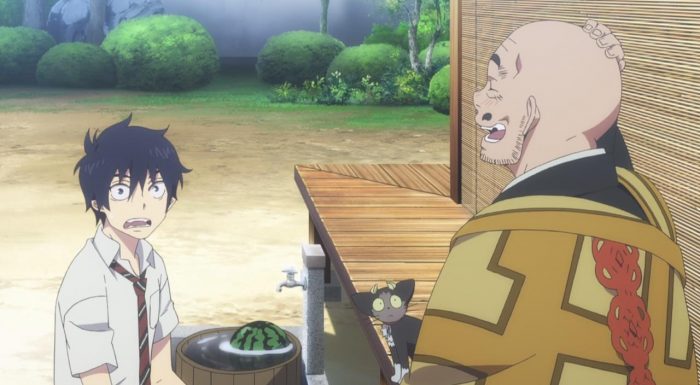 Another solid offering from Ao no Exorcist – Kyoto Fujouou-hen. And as luck would have it, there’s actually not a lot I have to really say about this week’s episode, so I’ll keep it short, sweet and to the point. The story is still very much in setup mode at this point, as the show is slowly illustrating and elaborating on Kyoto and its various dynamics and factions. 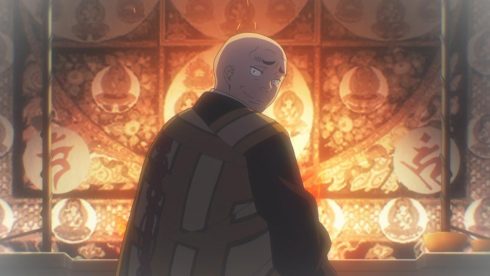 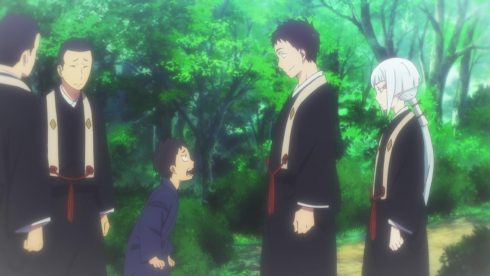 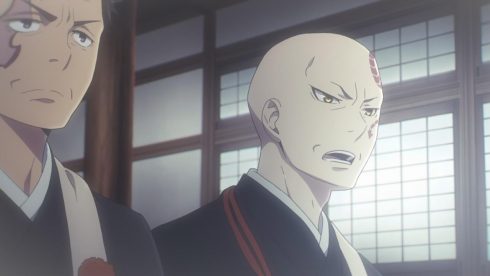 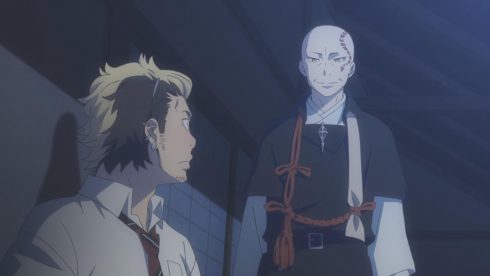 The interesting thing to note here is that Kyoto’s field office, which is where this arc is set, actually didn’t start out as a part of the Order of the True Cross. This new faction, known as the Myoda Sect, allied with the order after the dreaded Blue Night happened. To that end, we have none other than Suguro’s dad at the center of what seems to be a rather complex political situation. Suguro’s dad, the head priest of a now defunct Buddhist temple, used to be the head of the Myoda Sect, before everything went to hell. And interestingly, it seems like Suguro’s Dad left the leading and general responsibility of the “Myoda Sect” to his subordinates once they merged with the Order.

The big thing this week is really Suguro’s big problem with his dad, and how he feels like his dad basically ran away from his responsibilities with regards to Satan and the whole Exorcist war. As we’ve seen with Rin and his own father, however, things are rarely so cut and dry. Its no coincidence that Rin is the only one to really meet with Suguro’s father and have a conversation. They’re both under fire and hated for something that seems beyond them, and it seems to me, at least, that there will be even more similarities between the two when everything’s said and done. 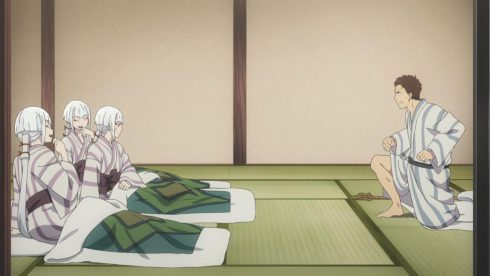 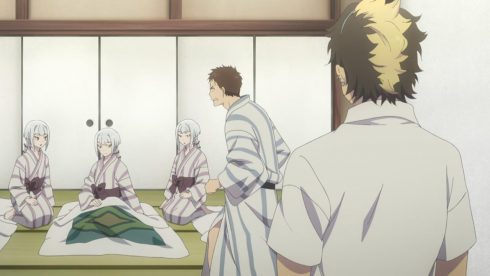 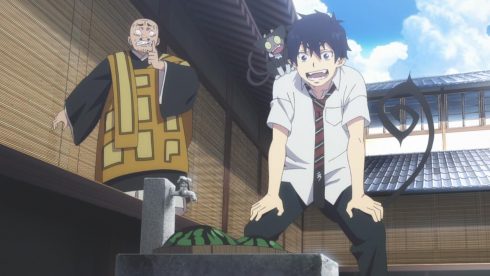 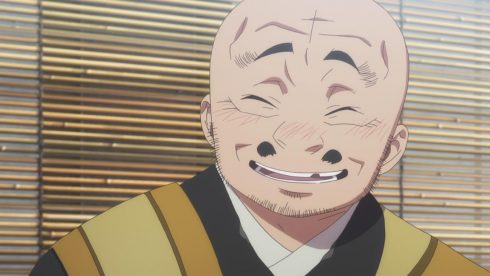 For now, we have a pretty prickly situation developing in the Myoda Sect. It’s been attacked once already, and while the right eye of the Impure King is still in their possession, literally everyone is a suspect because of how easily the security was breached. There’s the so called snake priestesses and the more traditional Buddhist monks, and it seems like neither really gets along all too great with the other at the moment.

And in the midst of all that, we have Rin and his band of friends jumping into the fray. This was another tough week for Rin, but thankfully he was able to win over another one of the ExWires, Shima. Shima’s never been one to stand out, but I do like how his whole “its more of a hassle to avoid someone”  and how his coming around is perfectly in character. Its nice to see both Izumo and Shima in Rin’s corner, and I’m sure that as the arc goes on, things will definitely change for the better for him. 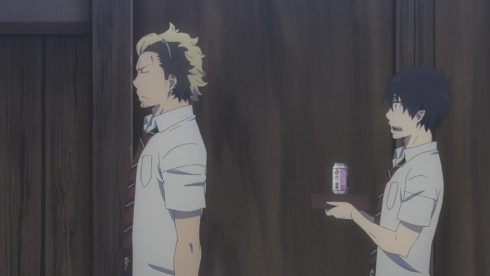 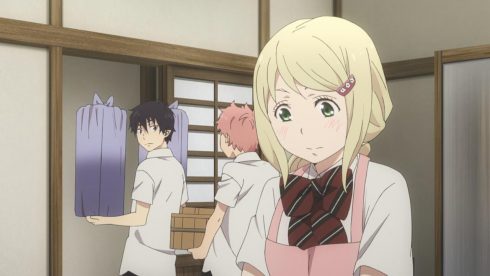 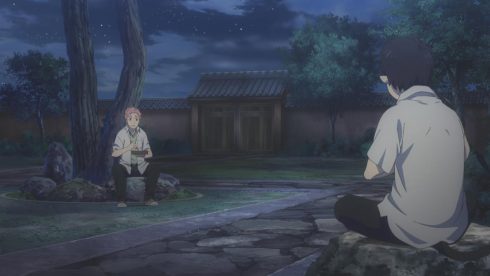 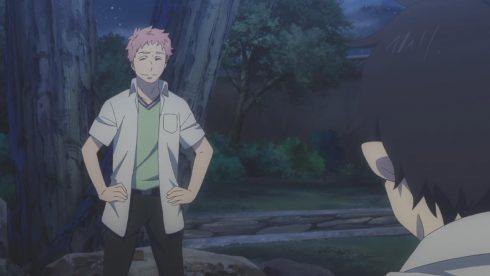 It’ll be interesting to see how Rin “makes up” with Shiemi and Suguro, as those two are his closest friends, and the ones that seem to be the most hurt by the big reveal of his parentage.

For now, however, it seems like things are still simmering, with the boil itself a bit of a ways out. On Yukio’s end, he’s unable to really make any headway on the Left Eye, and is instead more or less sent on a wild goose chase. The episode actually ends with the Left Eye square inside the Field Director that we met in episode, who’s officially made the transition to this arc’s major villain. 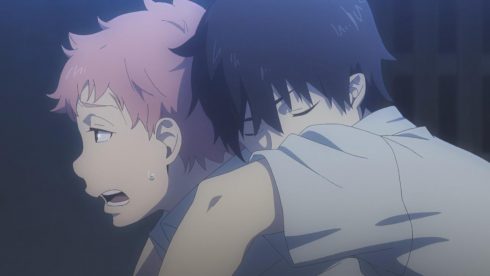 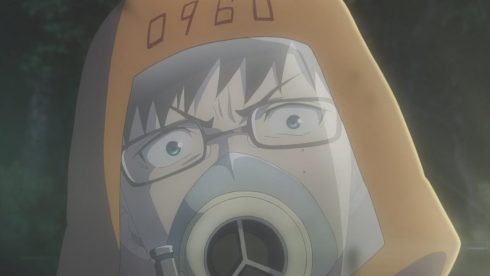 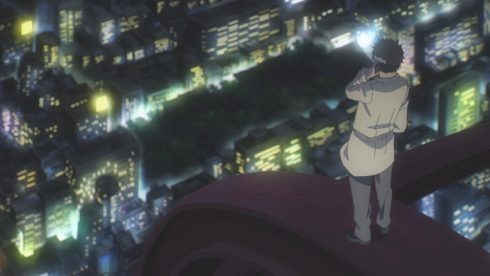 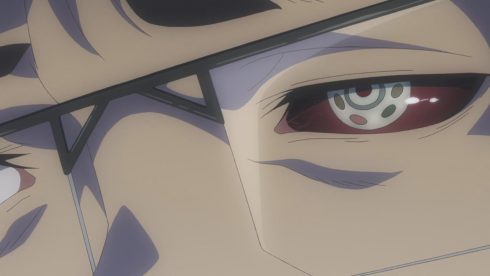 And really that is about all there is, to say. Like I said, this was a setup episode but… With that said, I think things are definitely still entertaining and fun, and Ao no Exorcist’s Kyoto Arc is progressing nicely. I’m glad that we got a small, quiet episode like this, that took the time to lay the groundwork for the story as a whole. It shows that Ao no Exorcist Kyoto Fujouou-hen isn’t in any sort of rush, which is exactly the kind of approach this series SHOULD be taking, as it builds up to what I can assure you, will be something great.