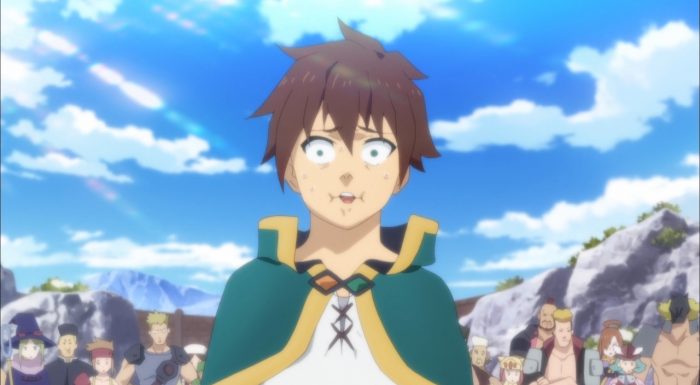 Welcome back Konosuba! Truly there are some sequels that just make it feel like the first season never ended and this is one of them. This was really just a steady and effective return to the cast and characters of this series. Of course it did feel like the start of a season with how they opened up, but that just worked for the comedy. I loved the touch of them using a Star Wars title crawl to bring us back. With how big the last two Star Wars related films have been it makes sense to tap into that for a bit of comedy. And it really fits with this show since they constantly flip over the heroic tale for something funnier. Kazuma would love to be that classic hero, but he’s never going to quite get that. Life isn’t fair XD. 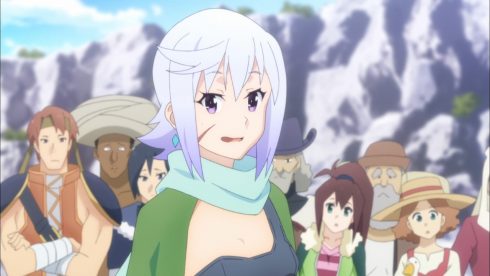 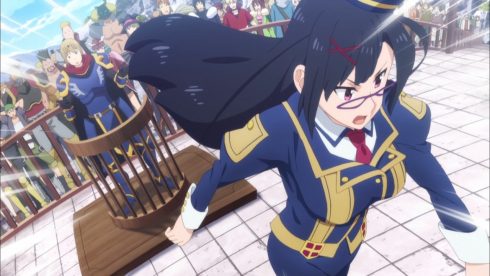 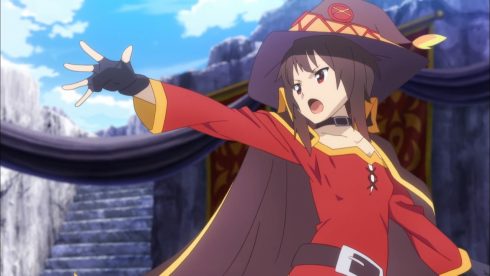 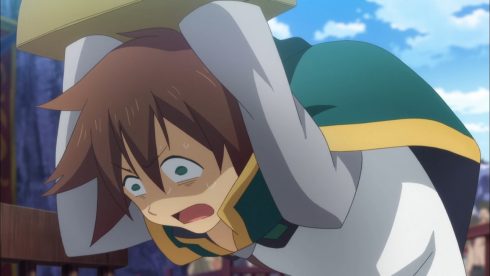 This episode just hit the perfect notes. It was as funny as the first season and had me laughing at plenty of moments. The trial was some of the best stuff in the episode. It worked for both a bit of recap and also to forward the story. The prosecutor referenced Kazuma’s antics in the first season and they came to bite him. No matter how the prosecutor cut off the witnesses it wasn’t as if she had to twist the truth. The truth was really that bad. In the first season he; stole panties, threatened to steal panties, creeped girls out, took and sold a valuable weapon, and contributed to a lot of property damage. Of course he also helped save the day several times. Helping defeat one of the Demon King’s generals and the Destroyer aren’t minor accomplishments.

That’s the thing with Kazuma. The guy can really be a hero at times and come through in a pinch. But he can also be a real perverted scumbag who steals panties and creeps people out. Similar to the rest of the team Kazuma is not a perfect person. He is a very flawed individual with good and bad to him. It’s just that his bad qualities can make him someone you want to punch and his good can make him a hero. In a sense the interrogation was a perfect example of Kazuma. He can really suffer at times and make you feel for him. But when he gets an advantage he milks it as hard as he can. And doing so often can blow up in his face like with the prosecutor. If he played it smarter he may have been let go without a trial. 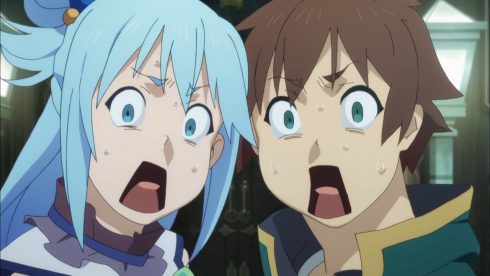 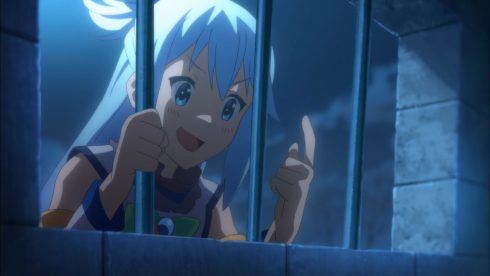 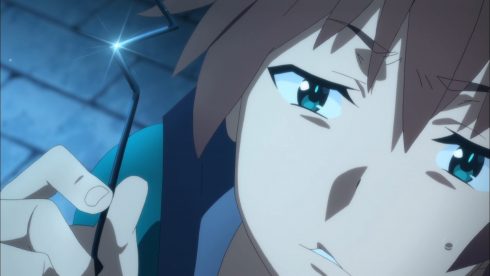 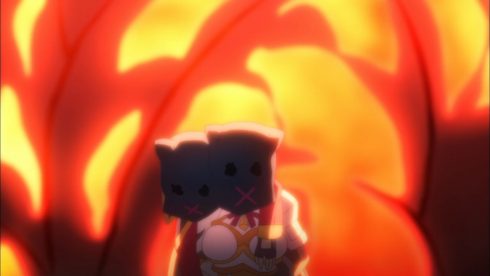 The rest of the episode was just classic Konosuba goodness. You got to see how everyone in this show is an interesting mix. Kazuma’s party is the most extreme of having great qualities and major flaws, but it goes for most people. The city rallied behind Kazuma until the prosecutor threatened them with jail time and potential execution. Kazuma’s party was standing strong with him until they were going to get in trouble. They were all part of what happened in those incidents. The prosecutor could have easily have had Aqua and Megumin dragged in if the situation had been forced. Darkness was willing to go but had a rock solid alibi so she couldn’t.

I also really enjoyed the ‘jail break’ scenes. Aqua is a lovable idiot. The girl is truly stupid, but often really does mean well. The first attempt wasn’t a terrible one since she couldn’t really know that the jail had a combination lock. Her second attempt though was classic Aqua. I mean she brings a hack saw to get Kazuma out, which is fine. Now she realizes he can’t possibly reach the bars to get out so she brings him a box…that can’t fit through the bars. But that is ok! I just loved how Aqua then tries to get the box into his cell via the guards…I mean really? Aqua means well but she is a fool. And the comedy often works because Kazuma himself is rather tsun to her failures. 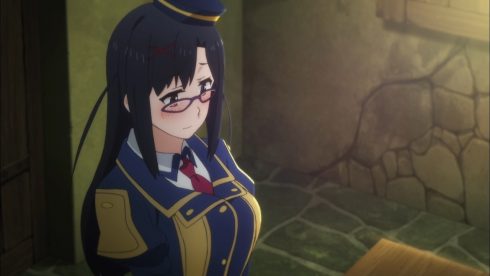 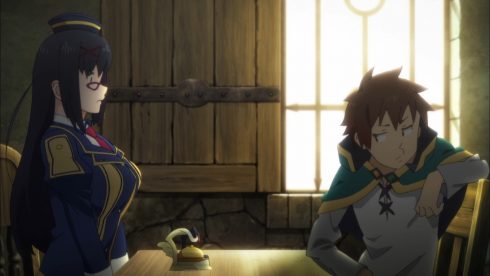 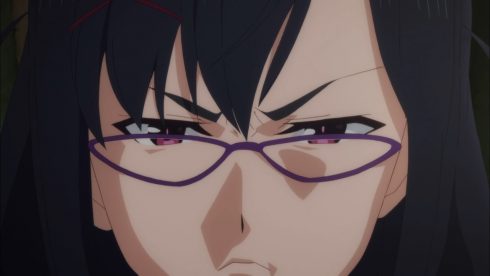 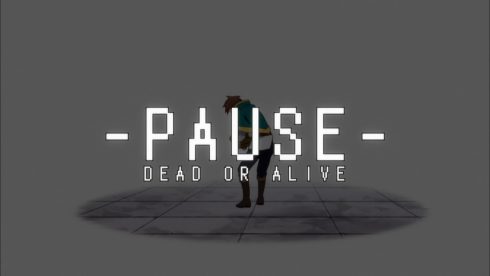 The great thing with this episode is how much tied together. Kazuma did his best to be honest during that interrogation, but the truth was a jerk. Wiz was/kind of is part of the Demon King’s army so he can’t say he has no connections to any current or former member. And all of Kazuma’s unsavory acts really did happen. If nothing I’ll give Aqua props for not letting Wiz tell the truth herself. If they were going to execute Kazuma for what happened you can bet Wiz would have been. Even Darkness intervening probably wouldn’t do much to save Wiz who isn’t human. Sometimes you have to protect people from themselves.

Visually the show is as low quality as the first season and I’m glad for it XD. Most of the time when a show doesn’t have great visuals it just hurts the enjoyment of it. For a show like this the weak visuals actually add to the comedy and makes it more fun to watch. This show might actually be less fun if it looked a lot better. 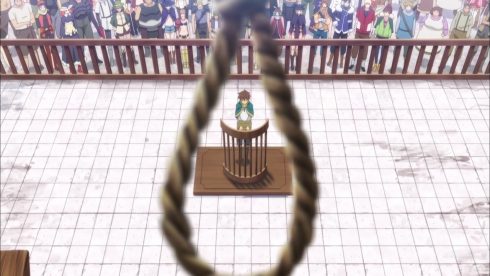 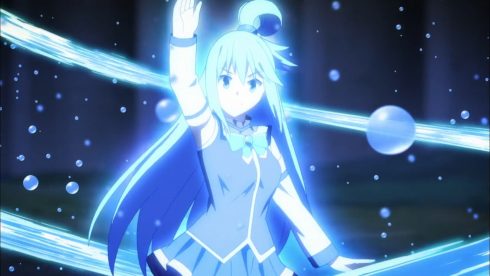 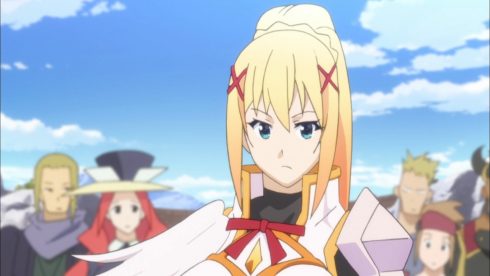 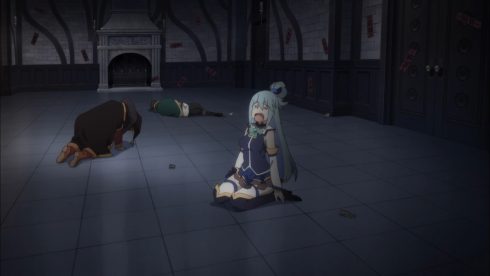 And now the adventure resumes…with a monumental debt. You can bet that even when Kazuma and company defeat the Demon King…they are still going to be in debt. I can’t wait to see them try to dig themselves out of this financial hole only to fall into a bigger one. You have to wonder what major threat they will comically defeat next only to end up in bigger trouble than before. It will be a pretty fun ride.

I still haven’t decided what show I’m fully picking up for the winter season, but you can bet this will be a contender. It is just a really darn enjoyable show with a fun cast. But whether I cover it or not, you can bet I’ll be watching and laughing from start to finish.