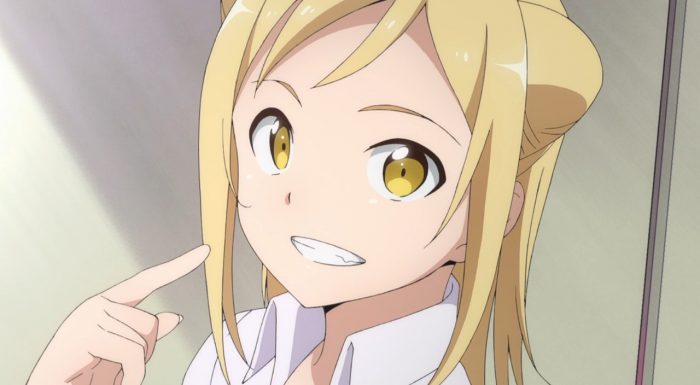 With a new season comes new anime, and the first one that I’m here to talk about is Demi-chan wa Kataritai: also known as Interviews with Monster Girls. This is a series I’ve been looking forward to, as it’s one that I’d actually been reading the manga for before I even knew it was going to become an anime. A good adaptation could be really enjoyable, so I’ve been hopeful, and so far it looks like that hope is bearing fruit. Let’s take a look at it, shall we? 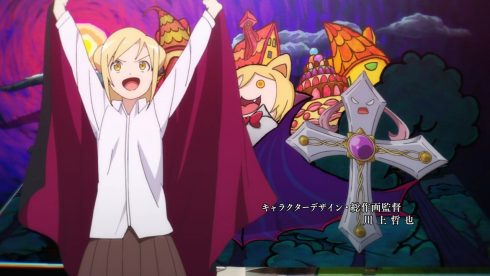 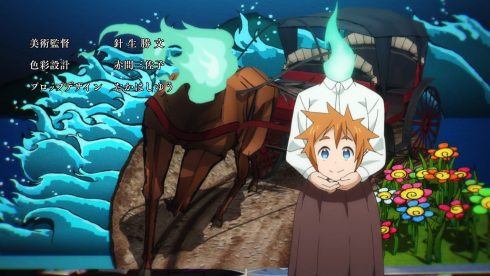 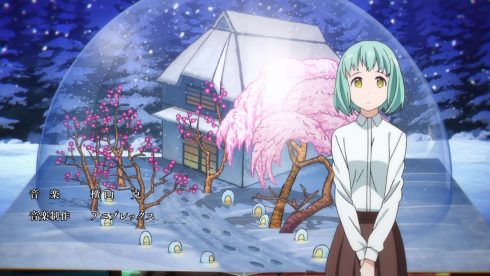 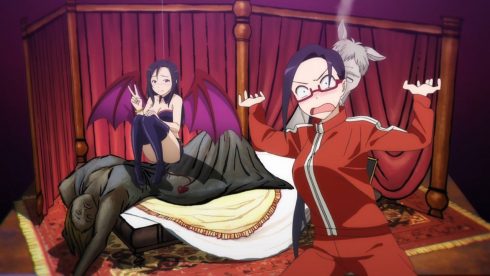 One of the first descriptions people are likely to use for this series is “slice of life.” If anyone’s followed my reviews for any length of time, you’ll know that slice of life and cute girls doing cute things series are things that I really enjoy watching. They’re comfortable and relaxing, often funny and fun. Of course, while this series does have a notable cast of cute girls, the one thing that prevents it from easily fitting into the CGDCT category is the fact that the protagonist is a man. And not a high school boy like one might expect, but an adult male, a teacher at the school most of the girls attend. Takahashi Tetsuo is the biology teacher who has long been curious about demi-humans, “Ajin” in Japanese. When he was in college he wanted to write his thesis about them, but due to concerns about things like ethics and discrimination he never received permission. He regrets never having had the chance to meet one. 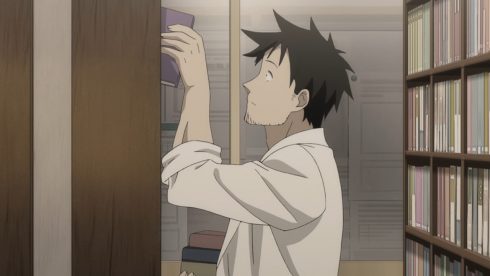 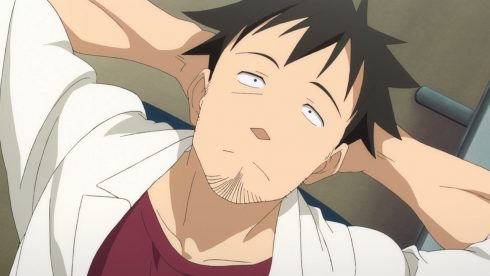 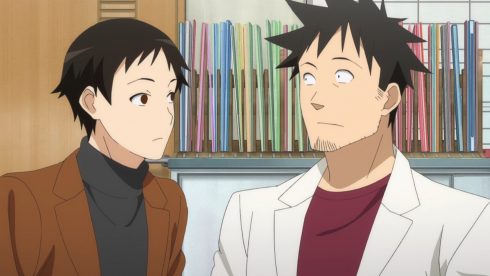 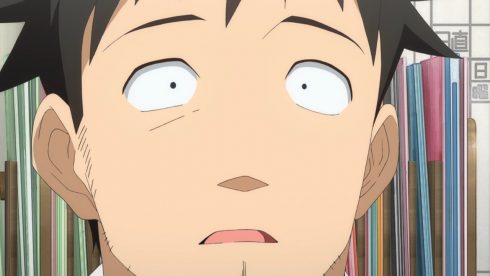 Until not just one, but four of them suddenly show up at his school. Satou Sakie, the new math teacher, is a Succubus. Machi Kyouko, who passed out from a cold, is a Dullahan. Kusakabe Yuki, who collapsed from heatstroke, is a Yuki Onna. And Takanashi Hikari, who came to get Tetsuo to help carry Kyouko to the nurse, is a Vampire. After having gone all these years looking for one, to have four Ajin just suddenly show up is quite a shock for poor Tetsuo. 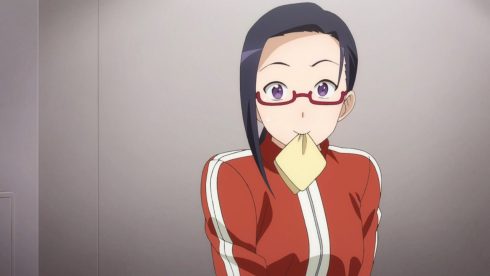 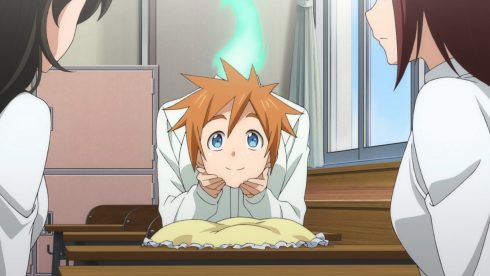 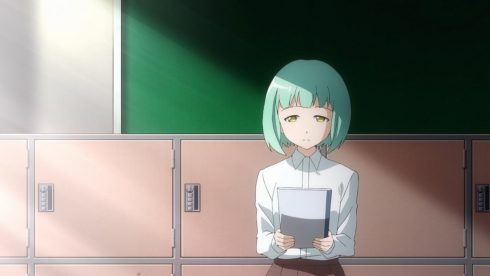 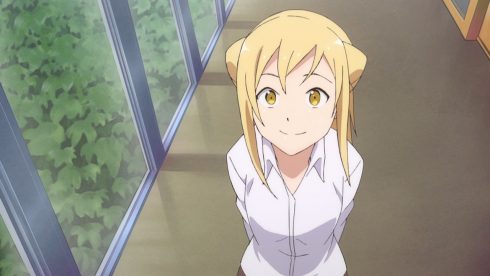 Things don’t exactly start off for the best with poor Satou Sakie-sensei. She is, for good reason, extremely nervous about letting people near her, and Tetsuo did a poor job of hiding his interest in her. His approach could certainly seem kind of disturbing, even if we viewers know he’s a nice guy, and Satou-sensei has more than enough reasons to distrust and avoid any males who try to get close to her. And so their working relationship is off to a rocky start. Fortunately, the resident Vampire Hikari is nowhere near as shy, so to speak, and eagerly agrees to being interviewed for the chance to lounge around in the biology storage room. 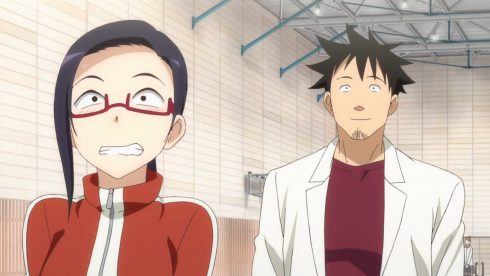 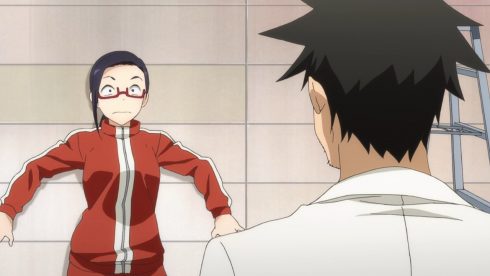 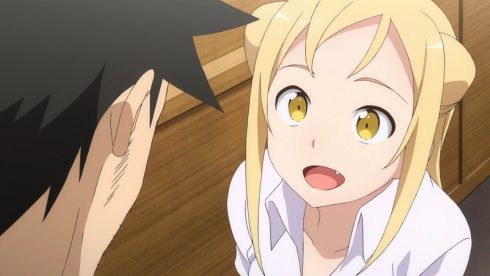 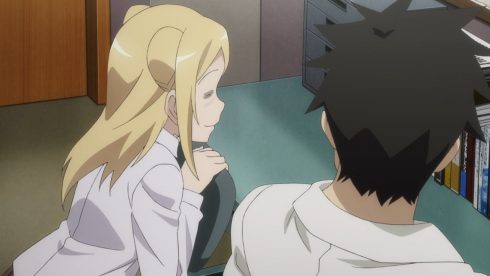 The interview with Hikari can give us a basis for what we can expect going forward, although don’t worry: the girls aren’t going to spend all day just sitting there talking with Tetsuo. There will be plenty of views of their regular lives too. But anyway, as we saw with Hikari and the vampire legends, the world of Demi-chan has all the same myths and legends about these kinds of creatures that our world does, but in their case the legends came from folks misjudging the Ajin as monsters, and the stories about things the Ajin did were built up with each retelling as they passed from storyteller to storyteller. It is amusing (and adorable) to see Hikari blush when Tetsuo unthinkingly starts discussing the sexual implications of a Vampire biting someone. She’s not exactly at an age where she’d feel comfortable talking about that with anyone, let alone an older male teacher. Tetsuo doesn’t mean anything by it: it’s undoubtedly just a bullet-point on his notes. But it does show us that he can get a bit too deep into his “research mode” and not necessarily think about the implications of what he’s asking about. 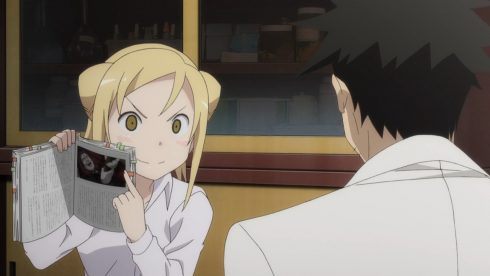 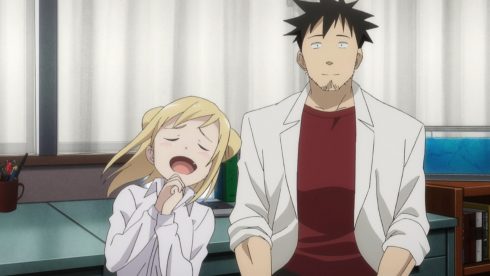 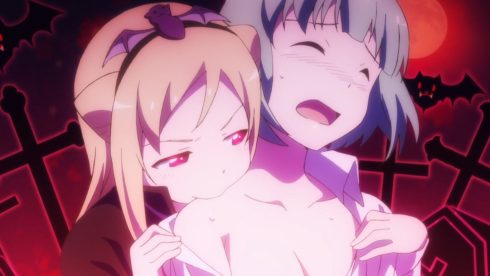 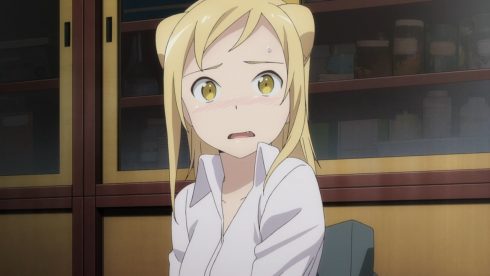 One thing I like about this series is that it has an interesting mixture of both “show” and “tell.” Certainly there’s plenty of stuff that we’re told: the basic premise of the series is the various Ajin girls (“Demis” as they like to call themselves) telling Tetsuo about themselves and what life is like as a Demi. But for all the things that we’re told, there are plenty of things that we can pick up just by seeing them. No one has to tell us that Hikari is an extroverted girl who’s a bit hyper, not the most studious person in the world, but very friendly and outgoing. All you have to do is watch her to pick up on what she’s like. Likewise, the way that Kyouko’s classmates want to be friendly with her, but don’t know how to talk around the fact that she’s a Dullahan. Is it a sensitive issue? Would it be like discussing a handicap? Maybe people have teased or mistreated her because of it before? They don’t know. There’s no easy way for them to ask “is it ok to talk about how you’re different from everyone else?” 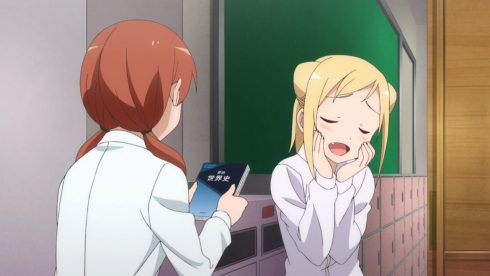 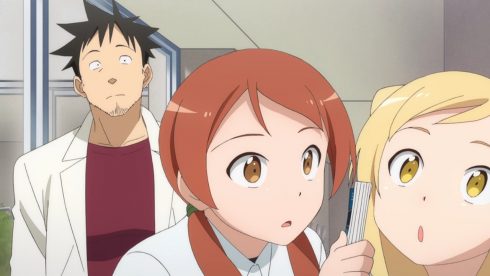 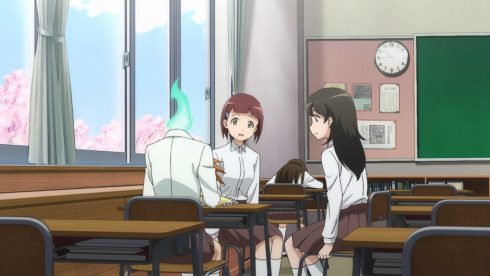 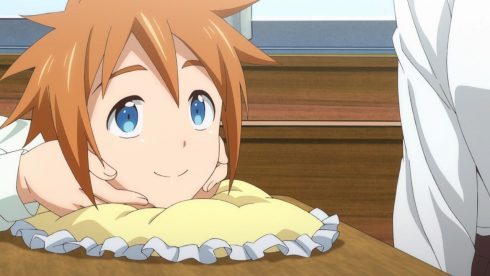 So they awkwardly avoid the subject, and we can see that their attempts to do so make Kyouko a bit sad. It’s not that she’s upset with them specifically, but the fact that people are separating her from them because they aren’t quite sure how to treat her makes her feel down. Of course Hikari isn’t going to stand for that and cheerfully charges in in her own inimitable way. Seeing her set things straight without having to directly say a word about it felt pretty good, and so did seeing Kyouko smile happily at having someone understand her. These girls are, frankly, adorable, and they should be smiling. I want to see them being happy. 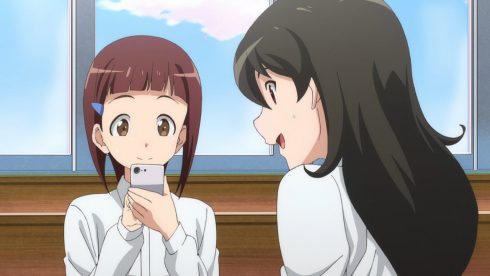 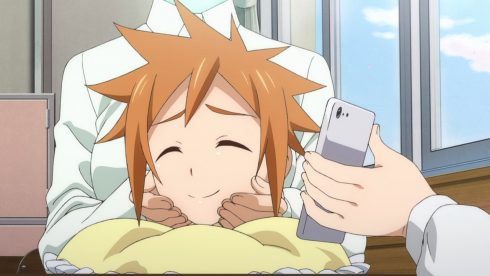 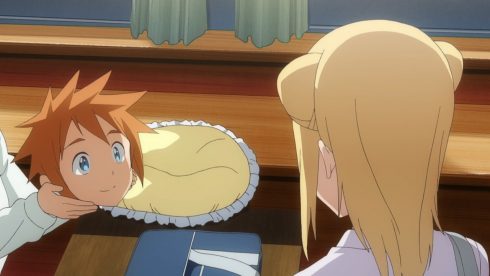 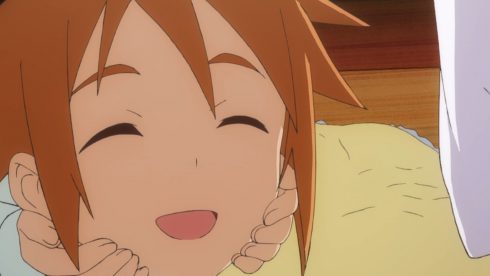 So, that was the episode. We meet the girls and the teachers, and we learn a bit about their lives. We see some of the difficulties they face in life; in some cases due to being a bit different from the people around them, and others just ordinary issues that any girls their age might face. If you’re looking for a slice of life with a slight twist, this series looks like it should be good. As usual, I’m not going to guarantee continued coverage for this just yet, as this season is still just beginning and I’m solidifying my lists. But I will certainly be watching it. 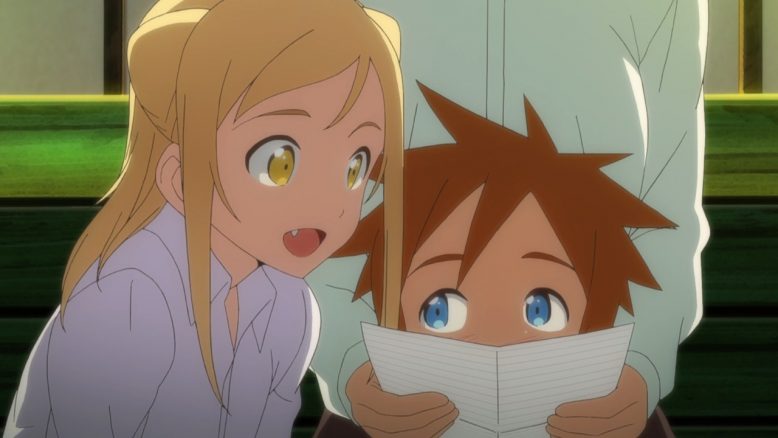 Included because… come on. That’s adorable.