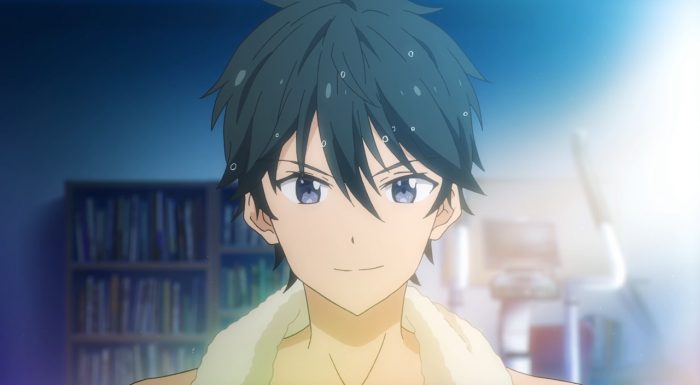 So the winter season is officially underway and that means a lot of first episodes to look at. Masamune-kun no Revenge was one of the shows on my radar going into this season and the first episode held up really well. It was pretty much exactly what I would have expected and didn’t disappoint. We start out getting a good insight as to whom Masamune Makabe is and why he is doing what he is doing. It makes sense by the end of the episode why he’s gone down this road. He like a lot of the guys in this episode received a painful rejection from Adagaki Aki.

While the Tanabe kid went to the extreme of approaching her and trying to cut up her hair with scissors, Makabe has taken a much more long term plan with his revenge. I suppose that may be part of why he doesn’t lose his head at all with Tanabe. In a sense his reckless revenge actually helped him out quite a bit. 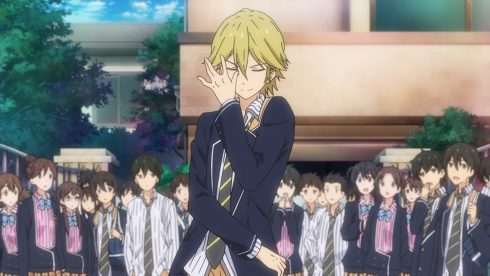 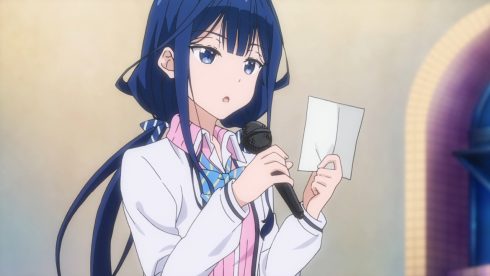 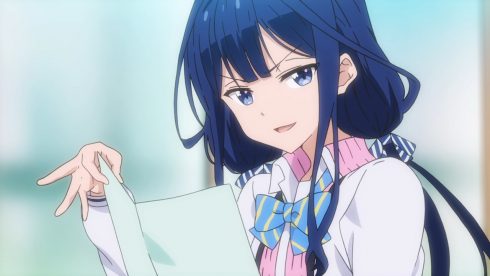 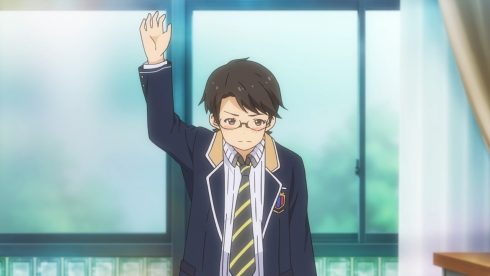 The show really doesn’t hold up on showing why someone would want revenge on Aki. I mean her rejections shown in this episode were pretty extreme. The ones in the present much more over the top than the seemingly quieter rejection she gave to Makabe in the past. It’s hard to go more over the top than proclaiming your reaction via speaker, from the top of a school building and throwing in a big banner. She really let that first guy have it. I wonder if he specifically bothered her so she went so far or if it was just on a whim. Tanabe’s rejection was also cruel, but less over the top. Not that I can’t get why she might reject these guys. I can believe she’d see Tanabe’s letter as being somewhat dishonest. She looks dignified during PE eh?

Plus considering her personality I can see her not trusting any confession directed to someone as openly cold as she portrays herself. She did go over the line and frankly is lucky she hasn’t had more people losing it on her. The more public and extreme the rejection Aki gives people the greater the risk of a dangerous reaction. The MC’s presence did help trigger the response near the end of the ep. It is one thing if she rejects everyone. That makes everyone equal. She’s a jerk who rejects everyone. But if one person starts to get through then it makes people wonder “why aren’t I good enough then” or “why is this person different?” Doesn’t make going after someone like that anything but wrong, but you can expect that kind of response. 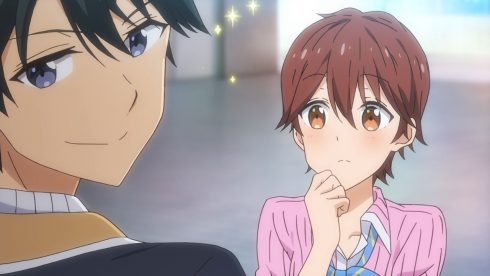 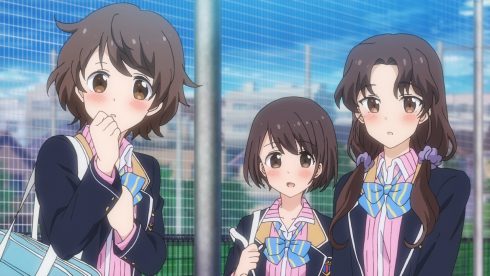 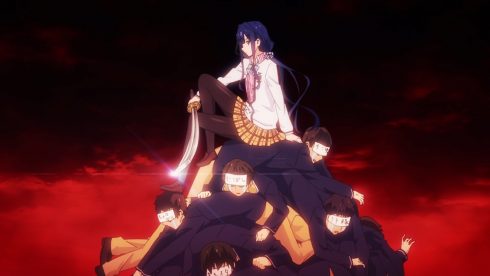 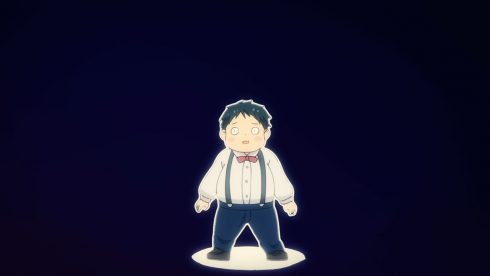 And thus we get a situation like with Makabe. In a sense his rejection wasn’t nearly so extreme or public. It was at night, at her window, with seemingly no witnesses. That had to still hurt like hell though. It is easy enough for us to tell that Makabe had fallen for Aki because of their initial meeting. I’m curious if they didn’t spend more time together though considering the picture he has of the two of them. Regardless it makes sense that Makabe was a kid who people constantly bullied and had low self-esteem. Sure he was rich, but that didn’t make the bullying enjoyable. And when he meets a cute girl who feels like a savior she shoots him down hard with an insulting nickname.

So he changed. Being rich helped getting the tools needed, but it is clear he put in the effort. I have no doubt it was quite the struggle. He not only got himself into really good shape, but he ended up with great grades and presumably doing pretty well at sports. Though I suppose getting into great shape helped a lot on the sports side of things. If nothing else he really dedicated himself to this revenge. Now it’s hard to say that planning to break someone’s heart is very honorable…I can’t help respect the dedication. Plus it is hard to feel that bad about it considering how many emotional wounds Aki has inflicted upon others. It’s not shocking that Makabe became utterly focused on revenge. 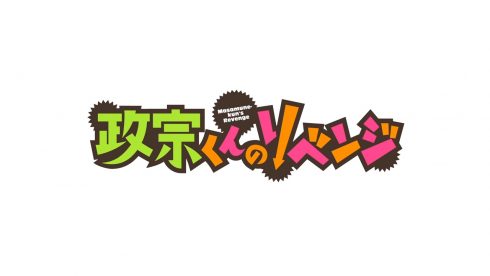 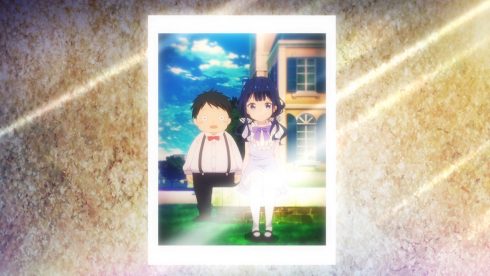 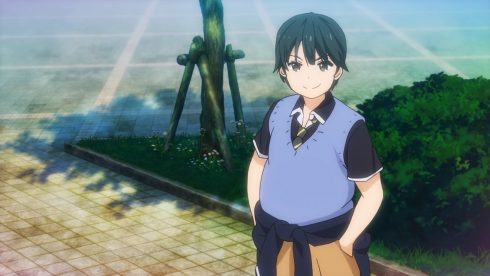 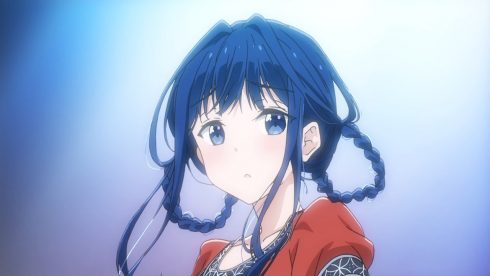 Kind of nice that the first OP I talk about this season was an enjoyable one. It works pretty well in terms of introducing the various characters and sounds nice. I can see myself listening to this one without skipping it each week. There are a few characters that didn’t appear in the episode that were in the OP so I look forward to meeting them. It does look to at least be a harem, though the focus does seem to still be on Makabe and Aki. Which makes sense since this is about his revenge against her.

Credit as well to Aki’s VA for doing a great job singing the opening. Her singing really did add to the opening and make it an enjoyable way to start the episode. 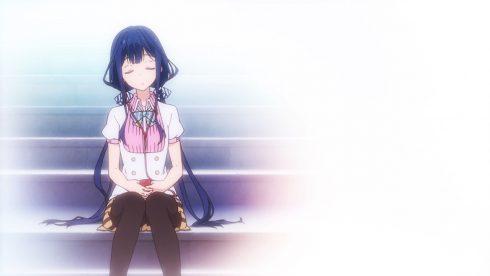 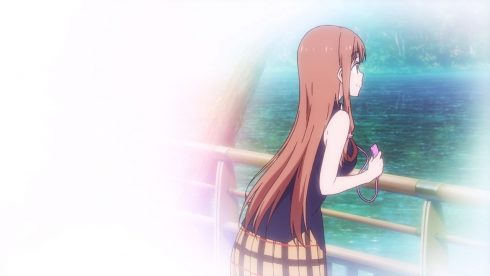 Not a bad ED either. The song had a pretty good feel to it. The song was a softer one and had less busy visuals than the OP. As one might expect the focus here was with the girls of the show. Mostly the ED just spent time showing off the various ladies that will stand out in this show. As a whole I liked the song and the ED itself. There wasn’t much motion in the ED outside of bubbles flying about, but it worked. 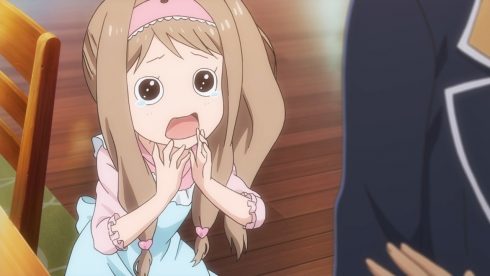 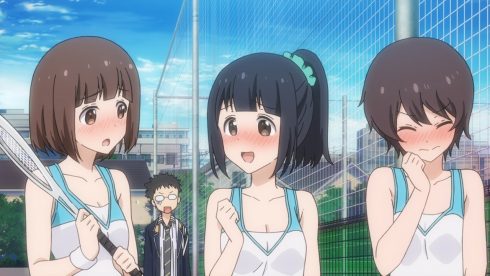 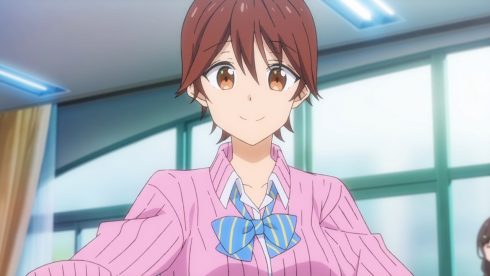 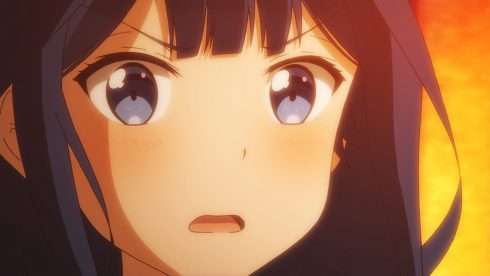 At the same time I like the cast as a whole. Makabe is an amusing lead. He does a lot of calculated moves, but he still is human. Having that “holy crap it hurts” moment was good for a laugh as was having his “evil laugh” moment at home. He’s not doing something entirely praiseworthy but…he’s still amusing to watch. Makabe himself is pretty good. I’m curious to see how Aki turns out. She has this odd problem that is basically the reverse of Makabe. He is constantly restraining himself from eating to maintain his current state while she has to eat an insane amount to avoid her stomach making a spectacle.

I’m curious to see more from the others. No doubt the assistant girl has more to her than we’ve seen. Kojuurou seems like a nice guy. I’m curious how he might react if he ever finds out the full backstory for Makabe. Futaba is a nice class rep, a friendly sort of girl, but not over the top in her actions so far. Heck Makabe’s mother is quite the hilarious figure. It has been a while since I saw a loli mother in an anime. In the end this was a solid first impression. No telling if I will pick up this show, but I did want to do a first look if nothing else.