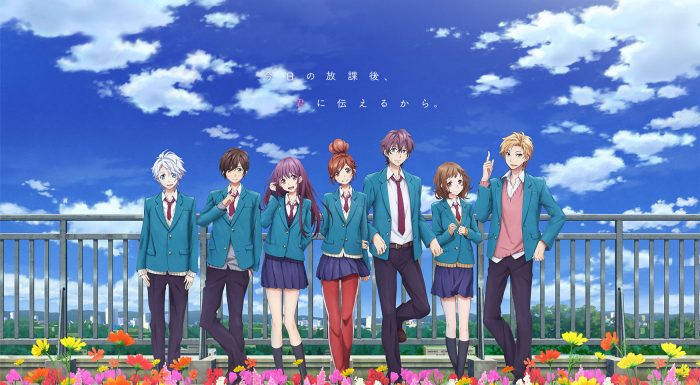 Zutto Mae Kara Suki Deshita is what I’d call the hopeless romantic’s “emotional porn”, and I don’t mean that as an insult necessarily. While there’s not a large amount of depth to this movie, nor is there anything wholly original about it, what it does succeed in doing, quite impressively, is exuding and capturing the feeling of love, romance and particularly the expression of those feelings. We’ve seen the idea done well, a ton of times in different romcom anime throughout the ages, often with a lot of nuance, careful build up and backstory to really bring home the emotional resonance. 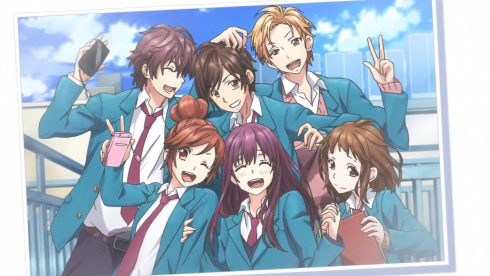 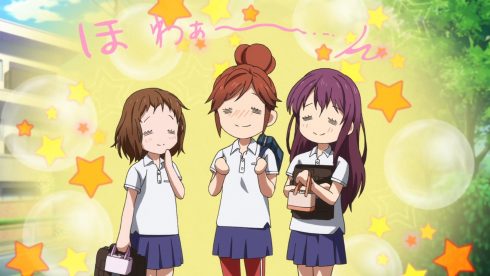 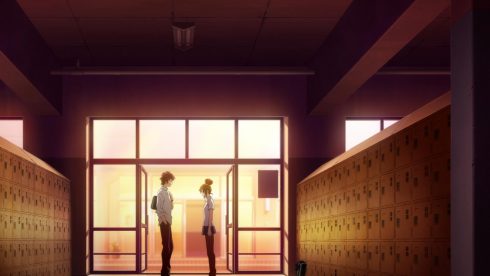 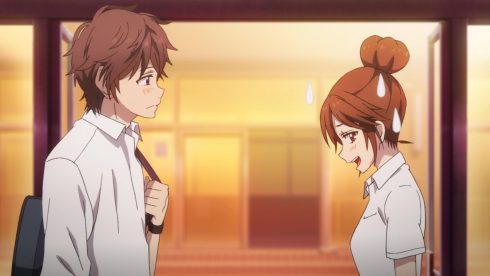 Zutto Mae Kara Suki Deshita (loosely translated as I’ve always Liked you) is a 1 and a half hour movie that doesn’t have the time, the story or even the characters to really explore something truly different or unique. What it does do, however, is just tap into the raw idea of high school love, of what it means to like someone, want to be with them, and the weird awkwardness that comes with that whole situation. Zutto Mae Kara pretty much cuts out all the potential fluff and heads straight into what’s easily known as the crux of any romantic story experience – Feeling intense emotions.

And since Zutto Mae Kara doesn’t have the luxury of time, or a unique idea, what it relies on quite heavily is visual and audio techniques that have long since made the anime medium so powerful. There’s stellar voice acting, there’s impressively well done music, and there’s solid animation and artwork, combined with fantastic atmospheric art direction that all manipulates and pulls out the emotions that many fans of the romantic comedy genre are all too familiar with. 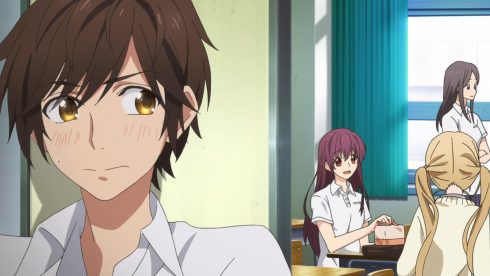 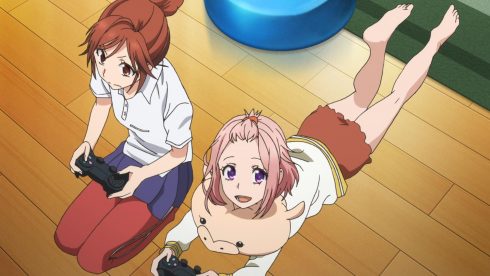 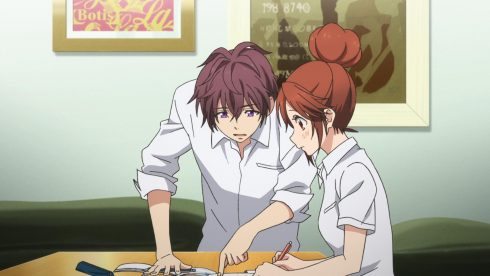 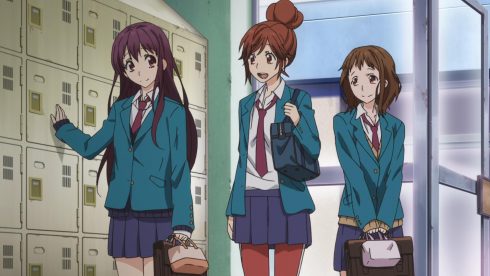 Zutto Mae Kara knows its audience, and it knows what they’re looking for and what they expect. It plays on genre conventions and traditions and develops its characters and story just enough to where the audience can fill in the blanks and still feel the intended effects of the story. What impresses me about Zutto Mae Kara is how its able to be kind of shallow and generic in some ways, and yet it still manages to incite a powerful response from its viewer despite all of that.

Granted, this isn’t a movie for everyone, and not everyone will be able to connect with it on the same level that I did. The movie assumes that you’re pretty familiar with romcom anime tropes, and that you’ve been around the block a few times, because it rarely even takes the time to establish and build everything from the ground up the way many masterful series or stories do.  To complicate matters, There are actually seven major characters in this movie, and about three couples that form by the end of it. 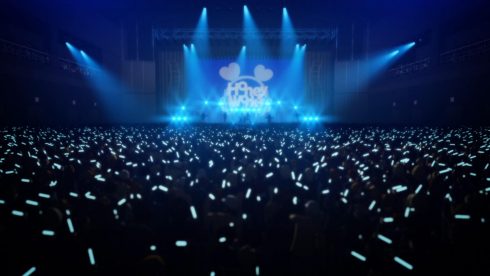 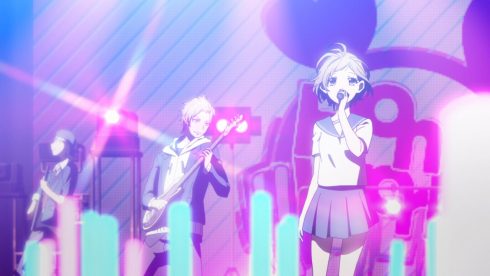 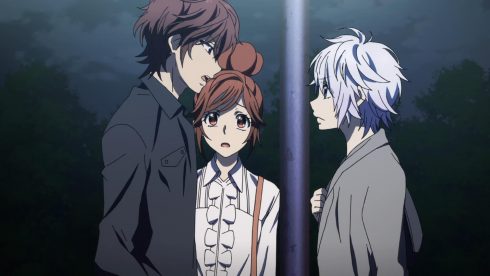 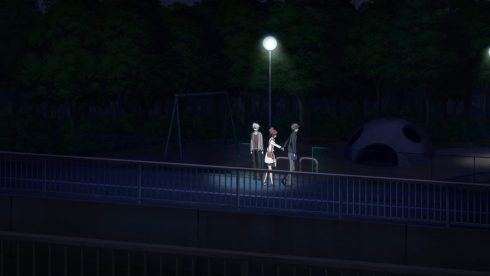 Each of the stories revolving around these couples are fairly standard fair. You’ve got the childhood friends that are both into one another, but don’t know it yet. There’s the two kids that are clearly dating in everything but name, and then there’s the girl that’s never talked to any guy and is the crush of a guy who’s been liking her from afar since they both started high school. If you’ve seen romantic anime whether they be josei or shoujo, all these stories will seem pretty familiar.

The story as a whole does feel familiar, nostalgic and pretty tried and true. Yet, its the voice acting, the characters, the music, the pacing, and the juggling of all three storylines, that makes for quite an entertaining romp for those of us who really love romance stories. It never quite feels earned, but I found myself rooting for every character, empathizing with them, and understanding and smiling as they each struggled to deal with their love related troubles. 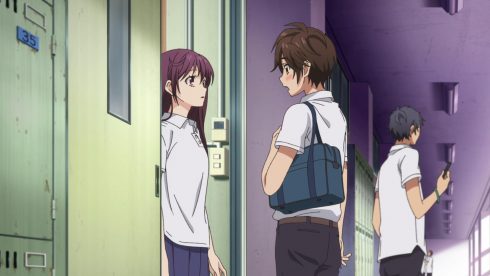 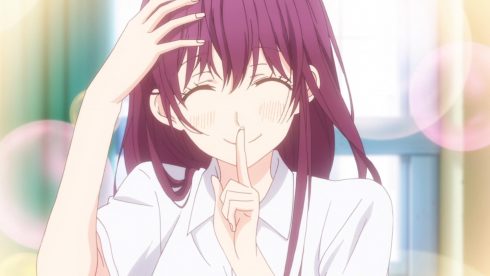 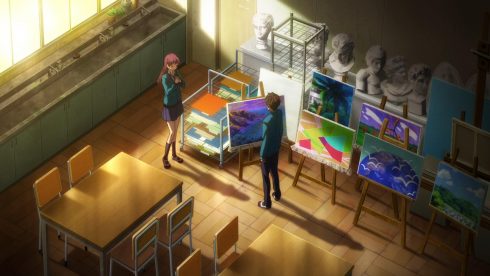 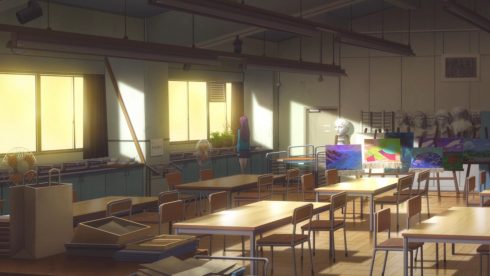 Which is where perhaps one of the movie’s flaws come into view, as it simply doesn’t give its storyline its due. The movie actually kind of sidelines two of its romances, to focus primarily on the childhood friend storyline (which actually evolves into a sort of love triangle for a bit). There’s an element of tragedy, and pain associated with this storyline, as the two kids involved are just too scared to actually move forward and express themselves clearly. What makes this primary tale both the focal point, and ultimately satisfying is that it resolves in a pretty happy way. This is a feel good romance movie at its core with a happy ending, packed with a ton of what many would call emotionally manipulative moments throughout the journey.

For me? I enjoy the emotional manipulation from stories like this one (ala Nagi no Asakura or Shigatsu wa Kimi no Uso). The angst, the joy and the uncertainty that this movie is able to bring to the forefront is the kind of stuff that I revel in and enjoy. And while its not perfect, especially because of its short time frame, its hard to see the movie work any other way. Had the movie been longer, or perhaps an entire series, then its lack of building and attention to detail would’ve obviously been magnified and even hurt the experience itself. The brisk pace of a short anime movie, is able to help this story actually shine and do well enough as it is. 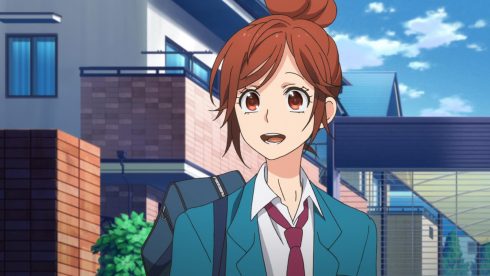 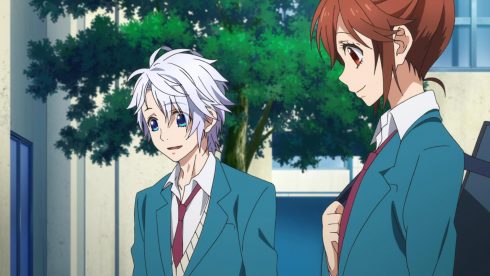 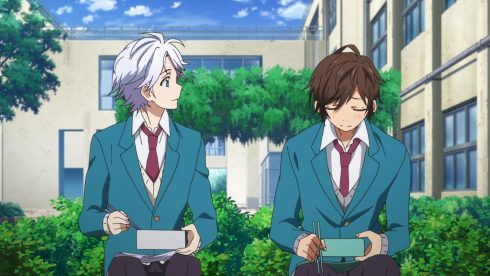 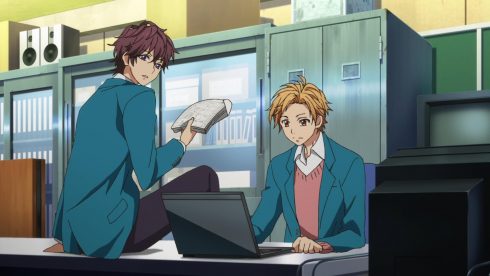 Its also worth noting (And I suppose this is really burying the lead) but Zutto Mae Kara Suki Deshita is actually based on “creator unit” Honeyworks’ music series known as “Confess Your Love Committee: Romance Series”. Its kind of like the music created by Honeyworks is what inspires and leads to this particular movie, and that’s a big reason for why it probably is so emotionally resonant. Only an anime movie that’s based on and inspired from a bunch of songs about love, would truly be able to do and pull off what this movie does pretty darn well.

Its an interesting approach to creating Anime, and art in general. I don’t think I’ve ever seen an entire movie inspired by a bunch of songs that actually isn’t a music video itself. Not only that, but its something that actually works as a movie. Color me surprised, but if this kind of approach yields more products like Zuto Mae Kara, then I’m all for it. And it doesn’t seem like I’ll have to wait long either. There’s also a second movie coming sometime next year, which is set to follow one of the characters in this movie, and feature him and his romance a lot more prominently. 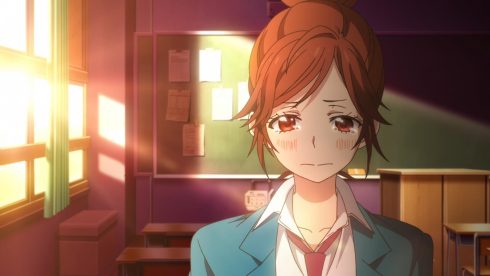 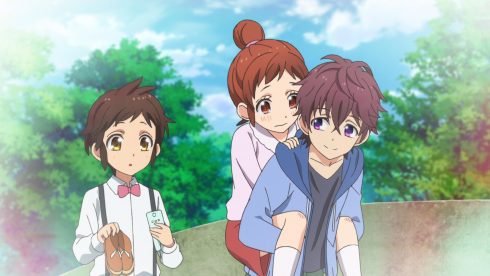 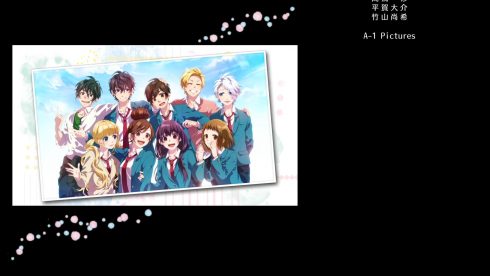 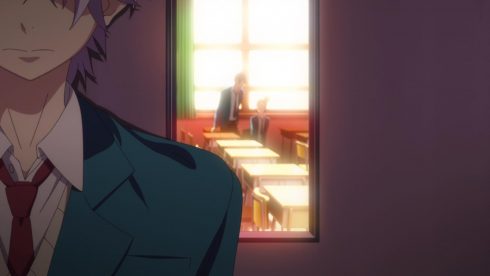 Tantilzing future aside, I think Zutto Mae Kara Suki Desuhita is a movie that I’d definitely recommend to romance story fans, but only them. While I can’t hold up Zutto Mae Kara Suki Deshita as some form of high art (its not), I do like it and I do enjoy basking in the visual, audio and emotional splendor that it creates. I’d recommend this to people who really really like romantic comedies and just big emotionally charged moments, and who don’t mind a little manipulation here and there. The depth may not be there, but maybe, once in a while, that’s kind of okay. The movie gets a B grade, for being pretty darn good.