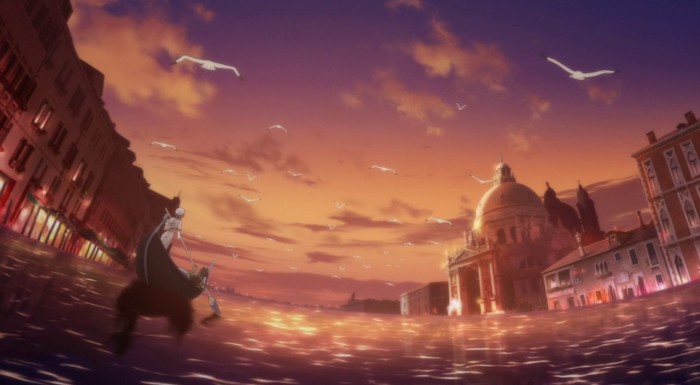 This is a review that has been a long time coming, but also undoubtedly will be one of the most difficult for me to write. The Aria franchise is possibly my favorite anime franchise ever produced, and the even lovelier source manga is also without a doubt one of my favorite ever drawn. More than that, I think that for me the main character of the series, that of Mizunashi Akari, may be my favorite character ever shown in anime as a whole. Even moreso the collective soundtracks of the various seasons is probably one of my favorite ever composed. Yes – the series is that important to me on a personal level of likes and dislikes, but it is also one of the series that has been the most meaningful. And the year 2016 has been a year wherein two series that have been very meaningful for me have come to a very well directed close, something which is rare for anime in general for many years now. 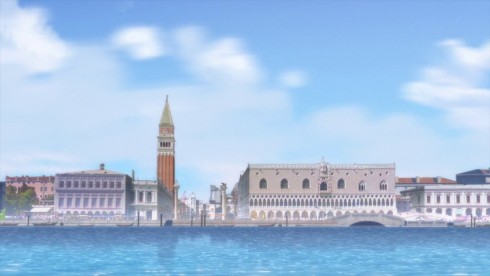 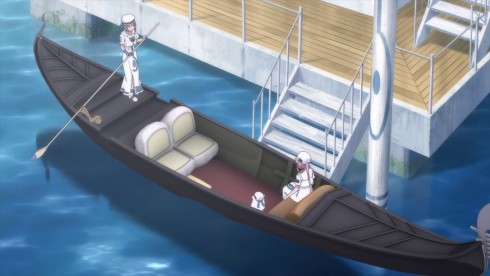 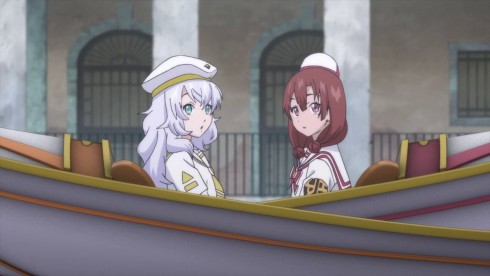 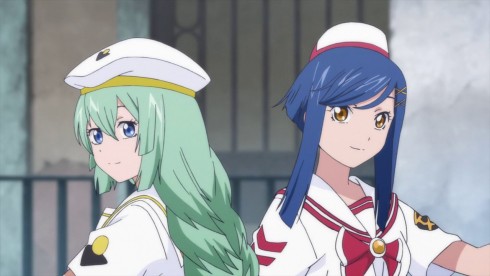 With regards to introducing the series on the whole, here is a summary of the Aria anime’s seasons that took place before these Avvenire OVAs take place: “On the planet Aqua lies the watery city of Neo Venezia, a tourist hub in which people travel around in gondolas. Professional gondoliers known as Undines are well-revered as they act as tour guides for the people. Akari Mizunashi is a gondolier in training and also an employee of Aria Company. She gets to meet all sorts of people as she takes them on the gondola rides, from friendly mentors to special individuals, all this amidst the beautiful scenic backdrop of the entire city.

“The anime [OVAs] will consist of three episodes: the first episode is titled “Sono Aitakatta Anata ni…” (To You, Who I Wanted to Meet…), the second episode is titled “Sono Atataka na Sayonara wa…” (That Warm Goodbye…), and the third episode is titled “Sono Harukanaru Mirai e…” (To That Far Away Future…). The first two episodes are two stories from the original manga that were not previously adapted into anime. The first episode’s story starts with Ai practicing on the gondola with Akari. As they travel through a canal, they meet Aika and Alice. All three have not had much time to meet since becoming Prima Undines. Considering even the little time they spend together a “miracle,” Akari remembers a certain incident and relates it to Ai.” 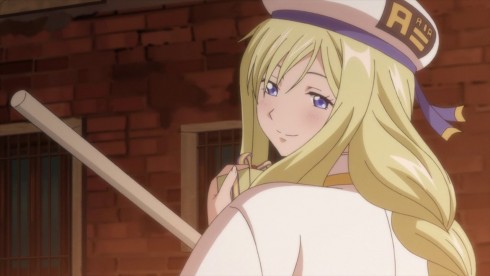 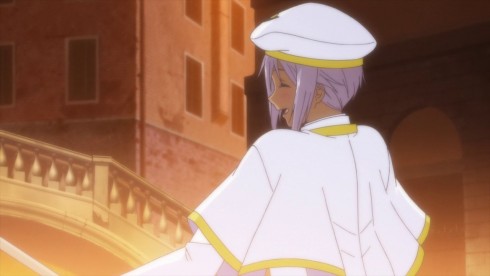 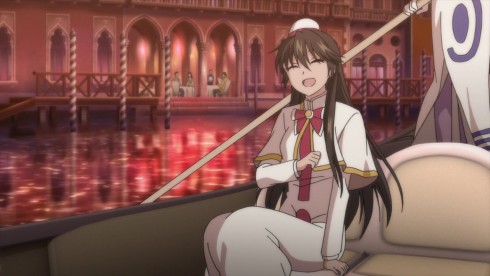 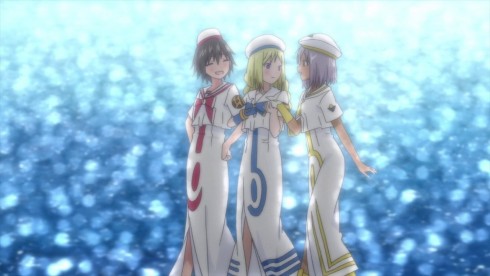 For a fuller explanation and introduction, Akari’s now retired mentor, Alicia, had been one of the elite of the Undines of her time, known as the “water fairies”, alongside her close friends Akira and Athena. Just as Akari was Alicia’s student, so Akira and Athena had their students, named Aika and Alice, respectively, who are now also full-fledged Undines and have their own disciples. Just as Akari has Ai, Aika has Azusa and Alice has Anya. (And yes, though I do not know why, the mangaka seems to insist that almost all the characters (and especially the Undines) in her story have names that begin with the letter A for some reason!)

The OVAs begin with Akari already having become a full-fledged Undine, having succeeded Alicia Florence as the head of Aria Company, and having herself become a mentor to her own student – Ai, who appeared at the end of the final Aria season as a beginner just starting out (known as a “pair”), and who appears at the beginning of the first OVA as a “single”. One of the theme of the OVAs in general is undoubtedly the focus around the bonds of the Undines throughout the generations. The bonds of Alicia, Akira and Athena in the past, the bonds of Akari, Aika and Alice in the present, and the bonds that will be forming between Ai, Azusa and Anya in the future. 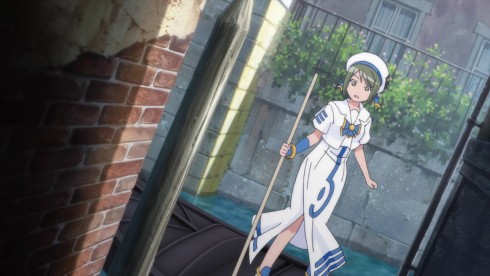 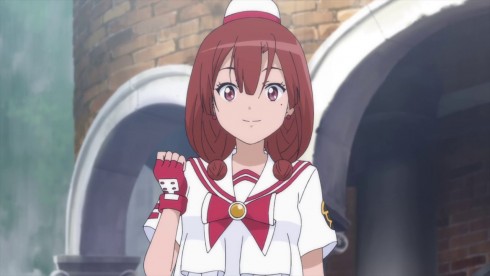 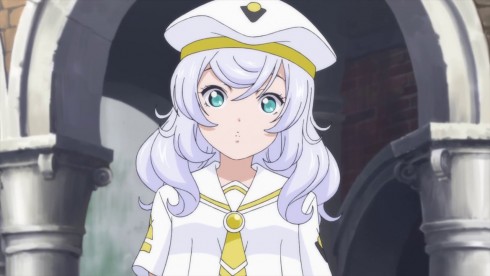 It would probably be worthwhile to dwell a little bit more on the main character of Akari In so many ways Akari is the heart at the center of all three generations. This was even touched upon in the second season of Aria … but with Akari it goes beyond that. Akari is a character unlike any other I have met in either manga or anime mediums, for to me Akari is in many ways … well … a bit of a poetic soul, yes, but she is also a bit of a mystic. Her simplicity (in the best sense of the word), childlikeness and her consistent integrity (she absolutely says what she thinks) is unmatched with any other character that I have come across.

And the interesting thing is that it is not just other people who realize this, that is other characters in the story. It is also creatures who are not human. Who are perhaps something similar to what we would call faeries, but faeries in the old sense of the word – creatures who are long lived, wise, capable of being extremely dangerous, and who are somehow more directly tied to the visible world through the invisible world (in the story as exemplified by Cait Sidhe). Akari has been regarded as one who has literally met the heart of the planet, and one whom the heart of the planet itself wishes to interact with. 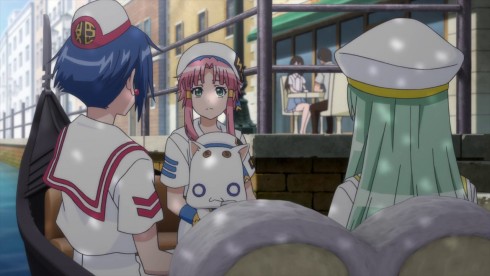 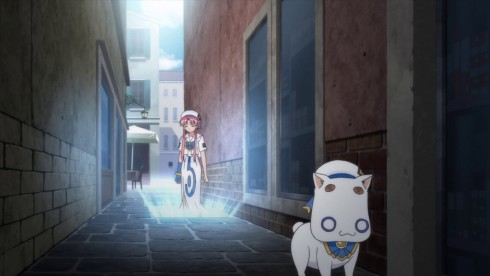 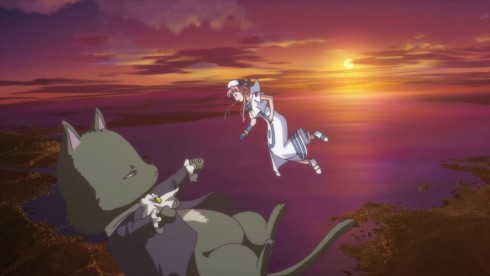 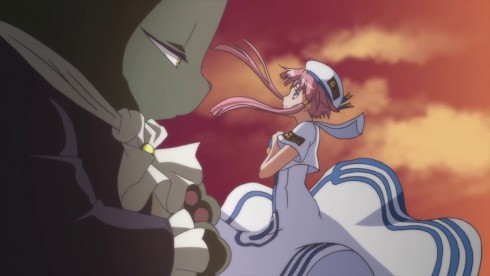 As a matter of fact, one of the most moving scenes in the source manga was finally able to be animated in the second of these OVAs, the final and farewell meeting between Cait Sidhe (the heart of the planet Aqua) and Akari shortly before she became a fully fledged prima undine. Cait Sith makes his usual unexpected arranged for a final farewell with Akari by teleporting the two of them several thousand feet into the sky (!). That the two of them dearly love one another dearly is clear (Akari cries with happiness at being able to say farewell for the last time but also knowing that it is farewell), having a bond as close as family, and perhaps in some ways one that is even closer – Cait Sidhe is not human, after all.

It becomes clear that even if Cait Sith is unable to appear in front of Akari thereafter, he would still be watching over her and caring for her. In parting he gives her a necklace with a beautiful little stone to remember their time together by, pulls her close to himself, and holds her all the way down to the ground, where Akari suddenly finds herself safe and sound in a gondola with Aria-shachou sitting next to her. As that episode closed Akari shows Ai the necklace Cait Sith gave to her and the two of them continued to muse about how grateful they are to be on Aqua doing what they do. 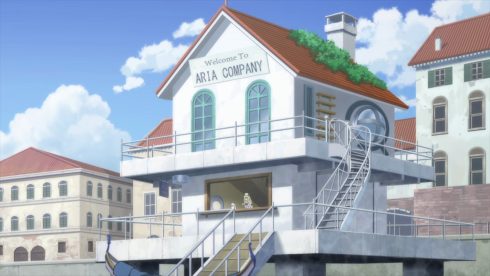 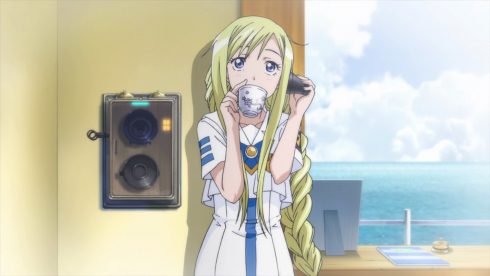 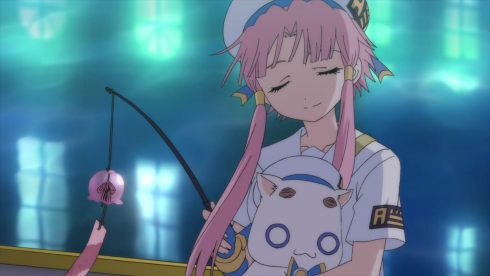 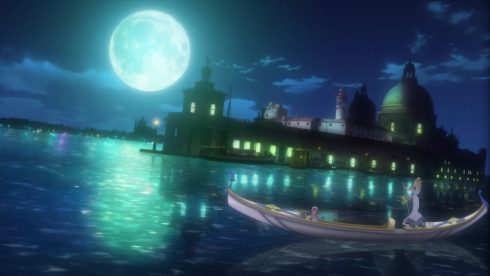 Even more, however, we are treated to an experience of being able to say farewell alongside newly beautifully written narrative for the OVAs in the final episode in a dialogue between Akari and her mentor Alicia shortly before the latter retired. When still uncertain about whether or no she should move on to the next stage in her life Alicia, in the wake of a scene featured in episode 12 of season 2 when Akari says farewell to the light of her nightshine windchime, asks:

“Say, Akari, what did you feel when you said good bye…?” And Akari answers: “I felt lonely. Quite lonely. Saying good bye is always lonely….I felt lonely and sad. But I think that is probably a nice thing, Alicia-san. The more lonely you feel, the more sadness swells up – I’m sure that’s proof of your deep love. It’s something you keep with yourself forever, something that sparkles forever on the beloved existence of Aqua. That’s why the feeling of sadness can also be the proof of happiness.” 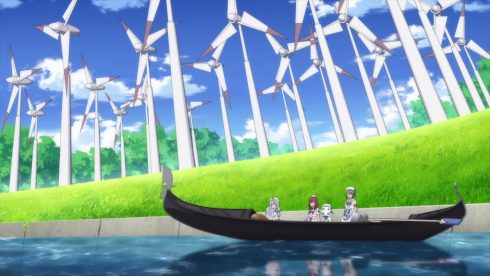 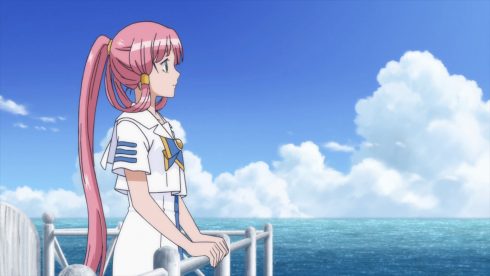 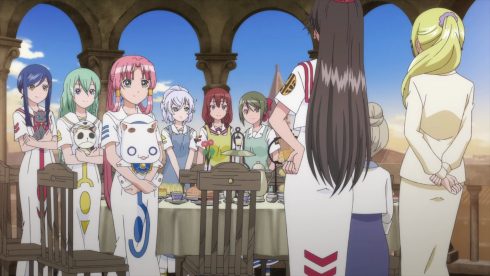 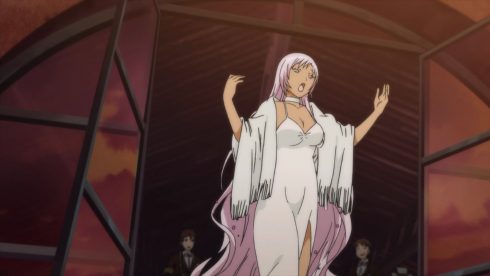 To sum up my feelings at having the opportunity to say farewell to his wonderful series it would be harder to say it better. For me the Avvenire OVAs were lovely and poignant, and as an overall rating I give it an A rating, only slightly a bit below an A+. I can only wish that it will continue to move, inspire, touch, delight and enrich future generations of anime viewers as much or even more as it has me.