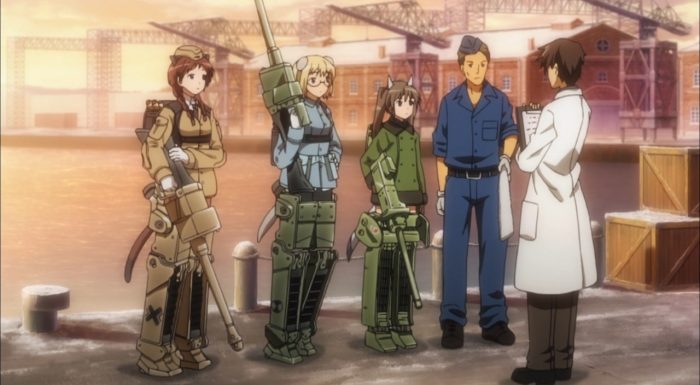 After several weeks of the Neuroi steadily pressing in on our young witches, it’s good to see them turning things around and reclaiming territory. Reopening their supply lines is critical, so it’s good to see them actually doing it, rather than just talking about how bad the situation is getting. And just in time, as we learn that a convoy, apparently containing some special cargo that they need the witches to escort, is on its way. 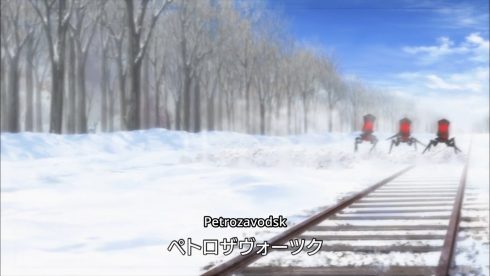 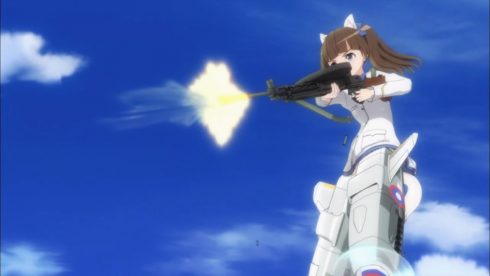 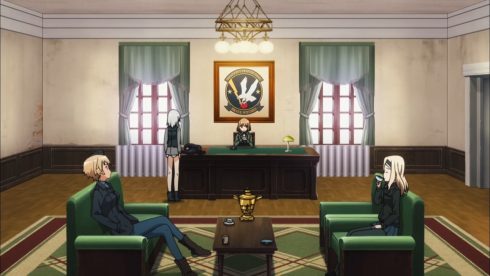 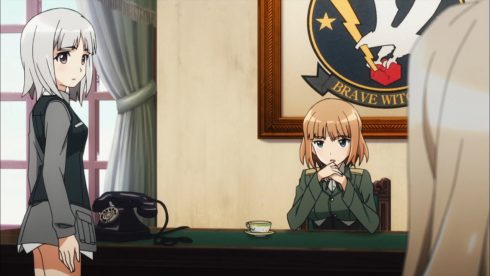 It was mentioned in the comments last week that Rall and the others should take the time to ask Sanya and Eila about how the 501st destroyed the Gallia hive while the two of them were there. Well, it appears Sanya and Eila also had that same thought, choosing to pass the information along in covertly concealed microfilm. Now the 502nd’s command team knows about the Warlock, and presumably about the various disasters, missteps, and unforeseen events that eventually, somehow, resulted in the destruction of the Gallia hive. Duplicating all of those would be nigh-impossible. However, they can also now guess what the secret cargo that’s coming might be, which is important enough for an escort of four witches to be called in to ensure it stays secure. Personally, if you ask me, that doesn’t bode well. Every time humans have tried tampering with Neuroi technology, something has gone wrong. And the 502nd doesn’t have Yoshika and her inhuman levels of magic to help fix whatever is going to happen this time. 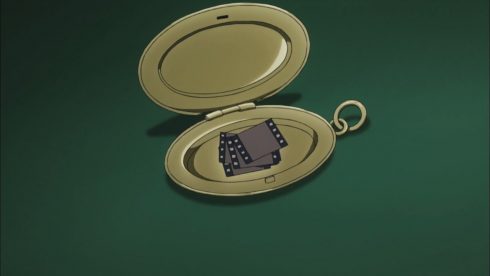 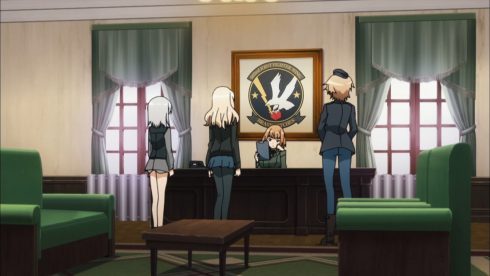 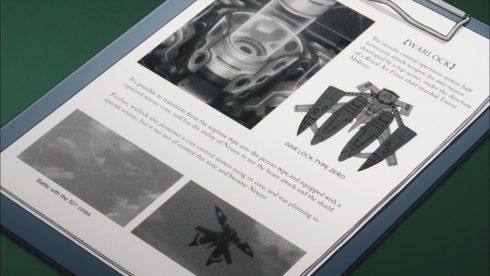 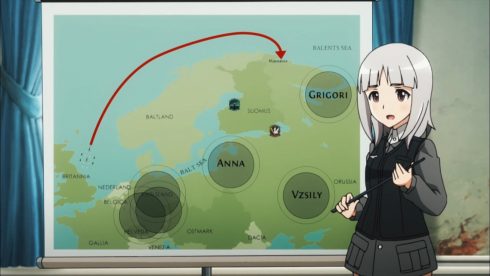 That, however, is a future concern. Returning to the present, I was correct (this time) that this episode would be largely about Krupinski. We do see that she is capable of being serious… for about two minutes at a time before descending back into her persona as a womanizing party girl. Perhaps she thinks keeping up that appearance will relieve tension in those around her, I don’t know. All I can say is it’s not a personality I’m really fond of. I was with Kanno: I wanted to hit her several times in this episode, especially after she showed up hungover right when their actual mission was about to begin. 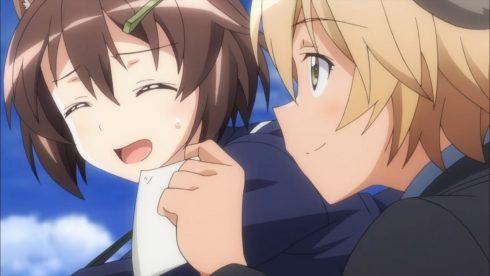 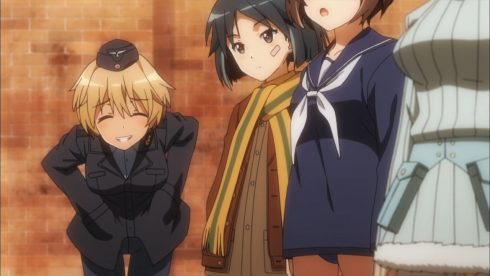 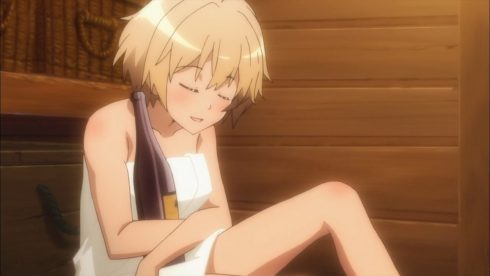 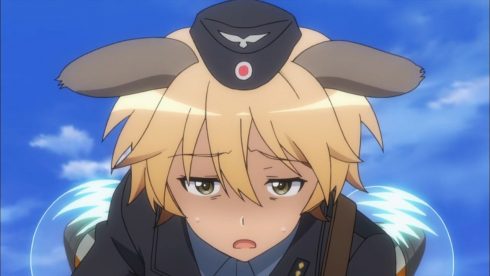 That said, I do want to draw attention to the conversation Krupinski and Rossman had the night before the team left. In one of Krupinski’s extremely rare serious moments, she brought up the fact that the experienced members of the team (her, Rossman, and Rall, foremost) aren’t going to be around forever, or even all that much longer. The translation merely had her say “if we were to leave what would happen,” but the word she used translates more like “if we were to disappear,” and is often used to imply death or some other sudden, tragic form of loss. Also, when it comes down to it, the most experienced and capable members of the 502nd, with the exception of Sasha, are also the oldest members of the 502nd. Rossman is 19, and Krupinski and Rall are both 18. A witch’s magic does not last long into adulthood: we saw that in Strike Witches with Sakamoto Mio. If the most experienced members of the 502nd were to be incapacitated, could the remaining girls handle things on their own? Against the enemy they’re facing right now, that seems pretty unlikely. So it makes sense to try to help the younger girls get as much experience as possible, to try to better prepare them for a day when there may not be anyone else to help them. 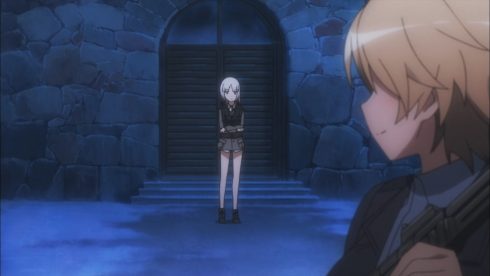 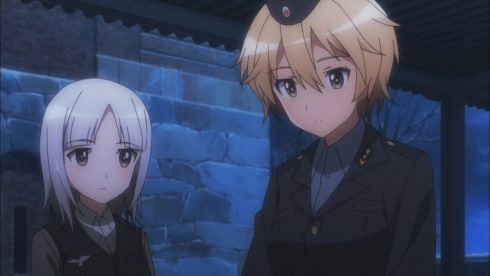 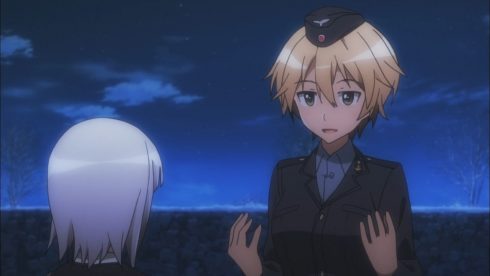 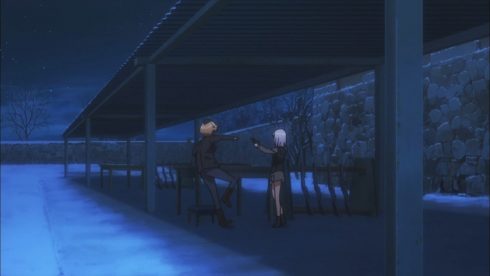 In the past few reviews I’ve dedicated at least a paragraph each time to talking about how the Neuroi seem to be getting smarter and how that disturbs me. In this episode, though, it’s actually kind of hard to tell if there’s any sign of that or not. As soon as a plot-relevant convoy is mentioned, carrying something important but secret that they want the 502nd to help safeguard, there is a 100% guarantee that it will be attacked. The fact that it is coming by sea raises that to 200%, because every time someone travels by sea in this franchise they get attacked by Neuroi. Every. Time. Because of those factors, I can’t tell if the Neuroi attack this time is because the Neuroi are smart enough to try to intercept the supply convoy (and/or try to intercept whatever secret weapon may be coming in on it), or if they’re just attacking because those aforementioned plot devices demand there be an attack. 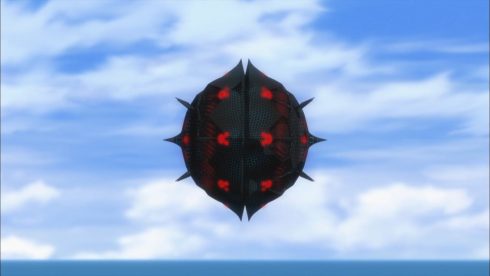 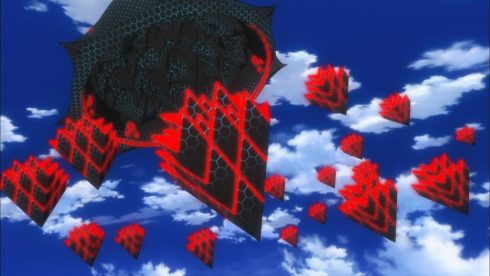 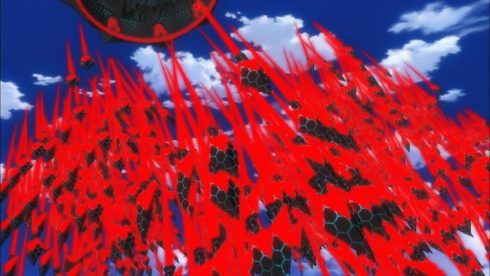 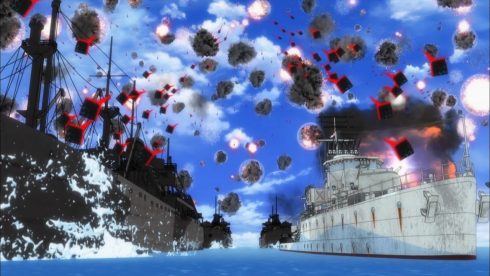 Still, as attacks go this one is pretty brutal. The poor Britannian witch (whose name is literally just “Britannian Witch” in the credits, so we have no idea who she is) is overwhelmed almost immediately, and our girls are clearly hard pressed against it. Krupinski burns out her striker unit in the fight, and comes very close to getting killed taking out the core-half of it by herself. It’s pretty remarkable that Hikari’s “good luck charm” can take the blow from something like that (a projectile the size of a house deflected by a tiny handgun in a shirt pocket?), but we don’t exactly come here for realistic physics, so it’s all good. 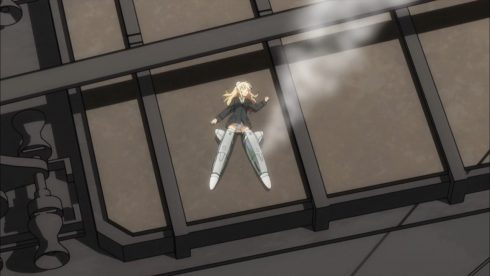 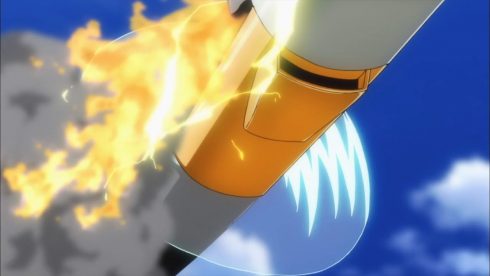 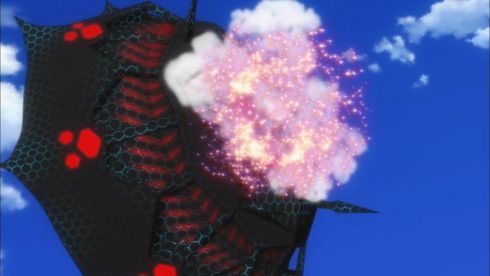 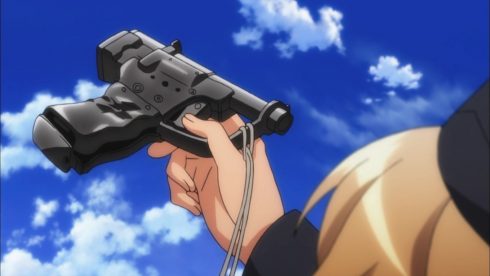 Well, not “all” good, because the final scene makes it seem that the Neuroi, despite the destruction of its core, is managing to regenerate itself. And in the process it has grabbed Krupinski’s broken striker unit. What exactly it can do with that I don’t know, but I doubt it will be good. Worse, regenerating from a destroyed core is bad bad news. Strike Witches season 2 had one that seemed to do the same, and it took Mio’s Reppuzan to destroy it. On top of that, Krupinski is injured, and has lost her striker unit, so our girls are down to three people to face against it, unless the Brittanian witch joins them. 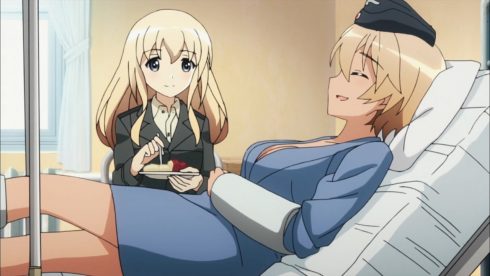 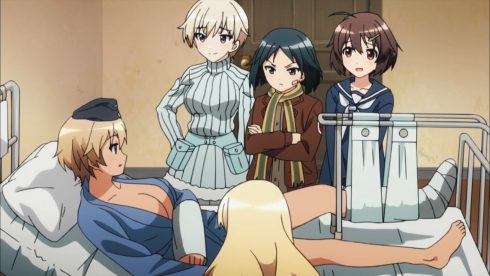 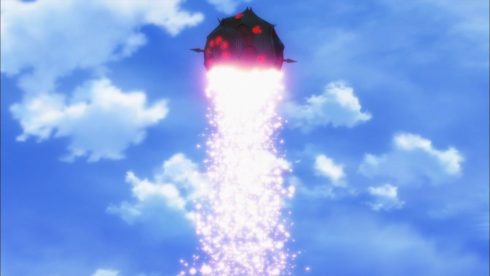 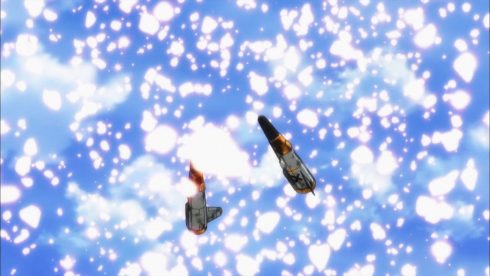 Honestly I’m not sure what is happening or how they’re going to deal with it, but it looks to me like the series is starting to wind itself up for the finale. I expect things to get more serious from here on out, although compared to Strike Witches you could argue that Brave Witches has never really stopped being serious. Even among the friendly “let’s get to know everyone” episodes the tension hasn’t really disappeared, and we certainly haven’t had any wacky fanservice episodes. Still, it looks like the pieces of the plot are settling into place and it will now be picking up speed as we head towards the end of the season. I’m looking forward to seeing how it turns out. 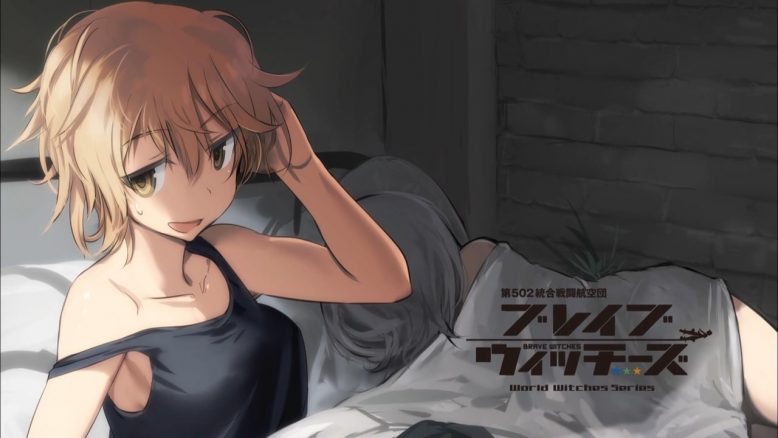 Anyone who hadn’t seen art from the series’ creator depicting this relationship before, go back through the scenes where these two interact and see if your impression of what’s happening in those scenes changes. 😛