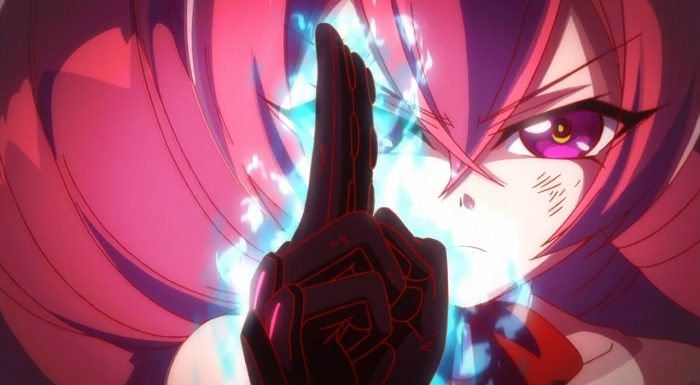 So this episode mostly focused on the fight set up last week. I was actually enjoying the focus on Miku and Sakura as they took on Moro. It was an interesting one since honestly it felt more like Sakura was dead weight for most of the battle. No doubt that Miku is the oldest of the 12 Guardians since she really did most of the work and handled herself well. You do get the idea of how darn powerful the Basara are that it takes this kind of effort in order to put one in the grave. Though I think Miku could have wrapped things up during their first clash if she hadn’t gotten distracted. 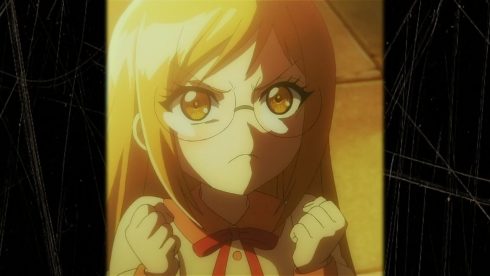 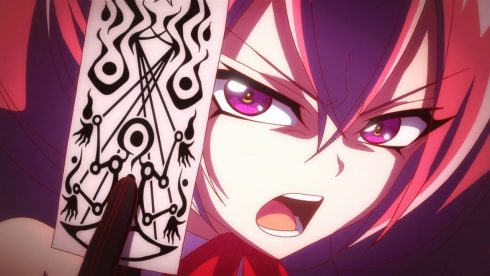 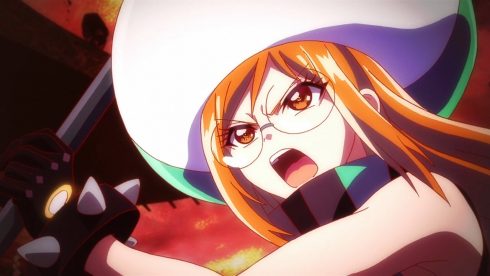 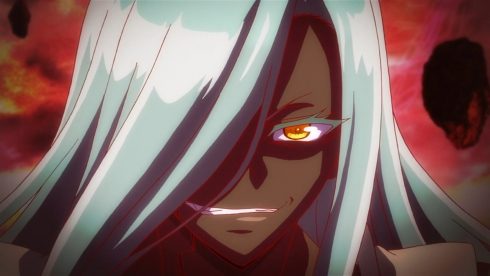 I’m still not exactly sure what Sakura’s capability is as one of the Guardians. She just seemed to charge in blindly and swing a weapon around. Even Benio seems more capable in terms of abusing skills while fighting. Maybe the story ahead of this series hasn’t gotten to the point of defining her abilities. Regardless Sakura did feel rather basic in her fighting style and abilities. Though part of it I suppose was her getting utterly blind with her bloodlust. It is understandable for someone to lose it when trying to avenge a loved one. But that still doesn’t make it a smart thing to just run around like a fool.

A good lesson taught by Miku during this fight though. Judging people by appearances can really come back to haunt a person. All Moro saw during that fight was a small kid with stuffed animals. She treated her like the lesser threat and the more inexperienced one of the duo. While in reality she’s the oldest member of the group and thus has the most battle experience. And while Miku does have a strong desire for revenge, she didn’t let that consume her. While avenging the death of Sakura’s father mattered, the key thing was survival. 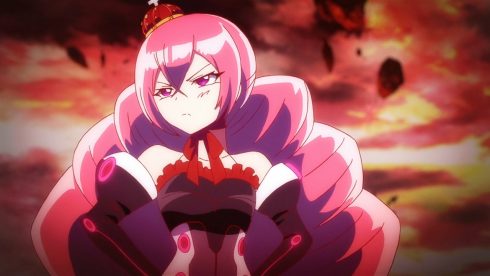 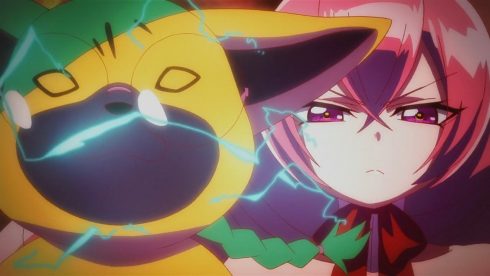 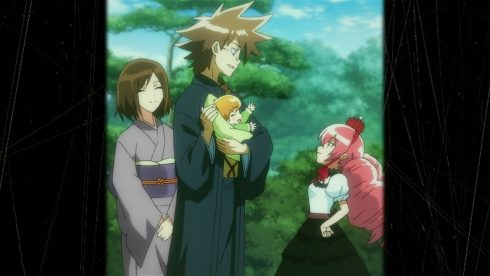 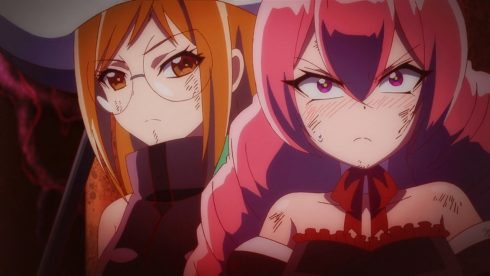 It really is a strange connection those two have. In a sense Miku did raise Sakura and it isn’t surprising she considers her a second mother. I’m sure it is an awkward situation for Miku as well. In the end the person she fell in love with had a family with someone else and she’s had to look out for the daughter of that union this whole time.

Good on the two of them for winning the fight. In a sense Moro isn’t that impossible a monster to stop; it simply required a focused effort. Moro really was a pretty basic enemy in her own right. The physical bulk of Moro was impressive and made her someone very dangerous up close. The downside though was that Moro was easy enough to predict. Someone with Miku’s varied skills and experience was more than a match for her. 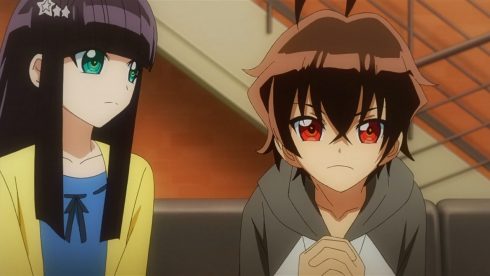 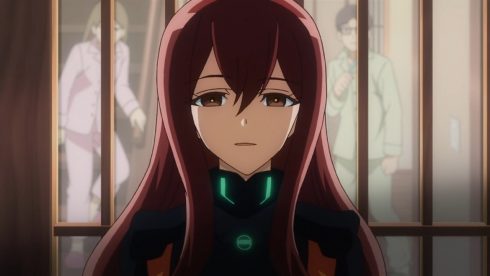 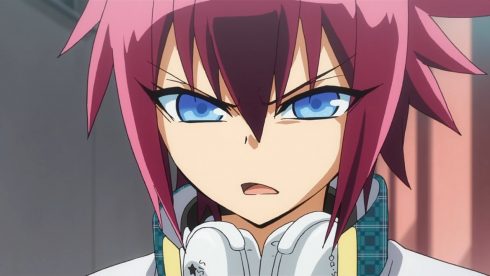 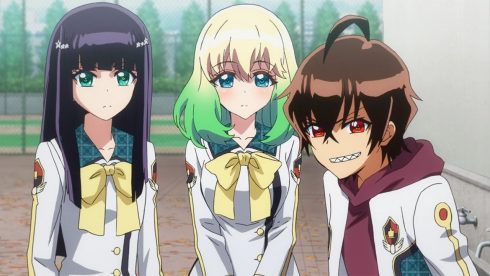 The rest of the episode focused on the history lesson Rokuro and Benio were going through, along with setting up the conflict with Kuranashi. It seems like a bit of a random time to go digging through the history books for information on Abe no Seimei. I know he came up during the Sae situation, but the timing seems a bit unusual. No doubt that these two have so far to go it is kind of crazy. Rokuro in a straight up fight can’t do anything to a retired person like Seigen. Oh sure if he used talismans then he would be able to beat him, but that would get away from the point.

It was interesting having Shimon join their class like that. Frankly…I’d think it was about time for the Onmyouji Organization to take the protection of the Twin Stars seriously. These guys have been fighting or clashing with Basara throughout this arc, were targeted by Yuto a few years ago (and maybe even now), and are basically going to be the parents of your savior. Maybe, just maybe we should be taking the protection of these guys more seriously. It is about darn time they put at least one of the Guardians on protector duty for these two. 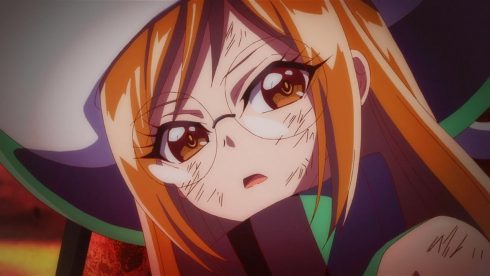 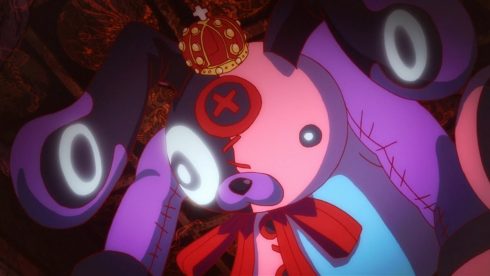 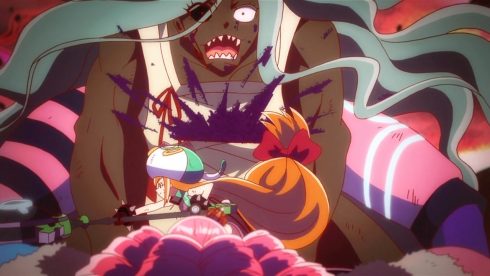 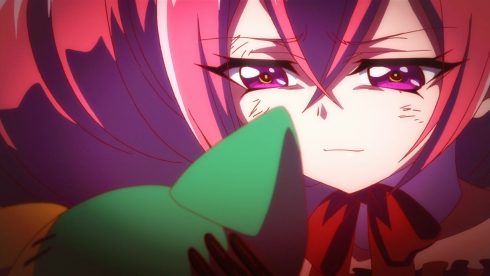 Now that Kuranshi has made his move things should get a bit more interesting. You’d think a bunch of onmyouji going missing into magano would create that level of crisis. Sure they aren’t the 12 Guardians, but that doesn’t make them easily tossed aside. You need a certain level of numbers to take on the normal amount of kegare threats and if they are eaten up…that could be very bad. That much spell power being used to power up the basara could utterly shatter the balance. At the very least the action should keep up with the Twin Stars under attack next week.