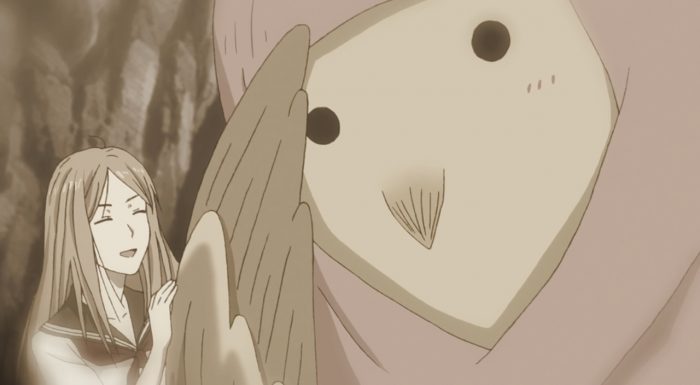 It was nice to return focus to the connection between Natsume and Reiko, the youkai, and the family that has taken him in. This really was a time where Natsume had to face another risky situation and face the potential dangers of the Book of Friends. It is fair to say that owning the Book of Friends is dangerous for Natsume. It draws attention and youkai to him that simply want that power.

Of course at the same time it isn’t like Natsume would be entirely safe if he gave it up. Those youkai went after him based on name and presuming he had the book. The common understanding with youkai is that Natsume has the Book of Friends. Not having the book is just as if not more dangerous than having it. Most youkai don’t even understand that Reiko is dead. She’s been gone for decades and youkai still think Natsume is his grandmother. He can’t expect that they will figure out that he’s given the book to someone else until well after he’s dead. 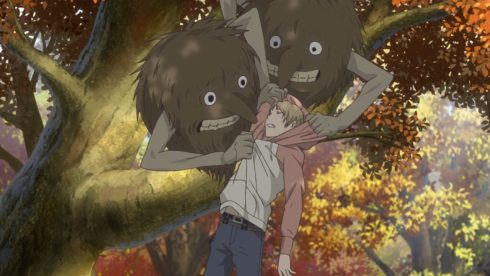 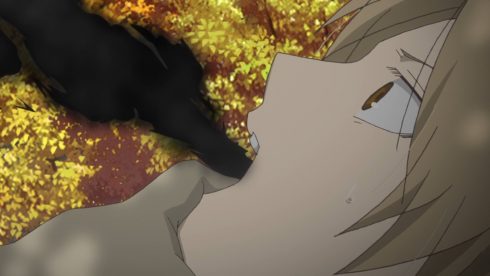 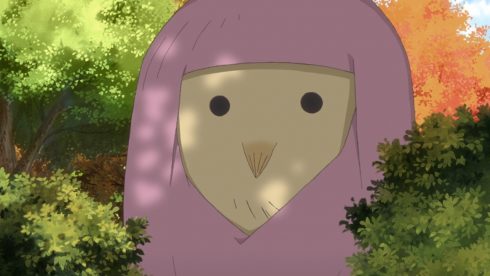 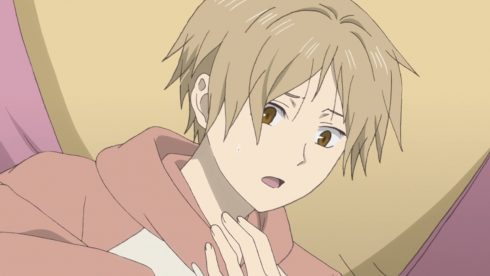 It was a kind of scary situation; though not as scary as the time he lost his ability to see youkai. Not being able to communicate is a really difficult thing. In a crisis there is simply no time to stop and write down what you need to say. And sadly there wasn’t much Natsume could do when confronted by someone like Hidaka. When facing someone who can’t read then the difficulty for communication just gets even higher. Although it was a nice touch later that they showed how Hidaka could at least understand Natsume’s feelings and possibly read his lips.

Natsume will always just have to watch himself from youkai that will target him and the book. Luckily it isn’t as if Natsume is in this by himself. Nyanko-Sensei isn’t going anywhere. For someone like him the lifespan of Natsume will be over in the blink of an eye, there isn’t any reason to go anywhere. And it isn’t just Madara that will be looking out for him. Natsume has a lot of lesser youkai that care about what happens to him and noteworthy individuals like Hinoe. And that isn’t even counting the humans who will support Natsume. He may be in danger at times, but he’s gained so many allies thanks to having that book. 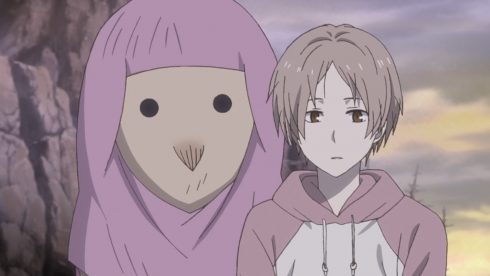 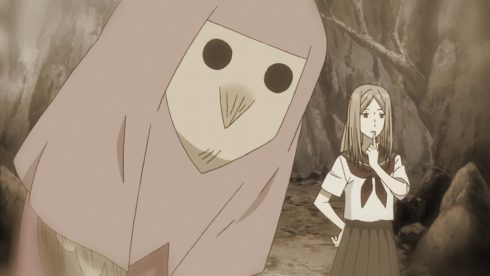 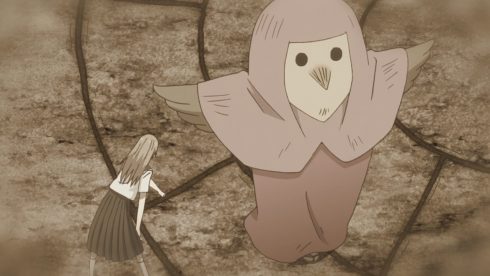 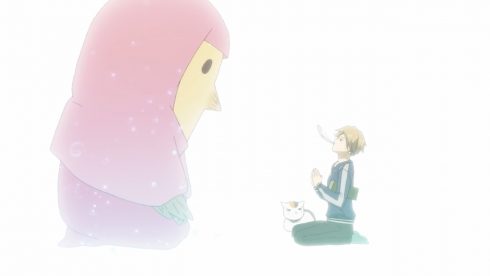 Hidaka really is an unusual individual. It is the right call to finally leave that place and look for a valley that is full of life and youkai. I think that someone that utterly chipper and friendly shouldn’t be by herself. Not that I was surprised that Hidaka had stayed in that place for so long. Youkai can really lose track of time and let decades if not centuries pass them by. Before Reiko showed up she probably just didn’t even think about leaving that place. After Reiko appeared Hidaka probably was fine waiting for decades for Reiko to show up again. It’s another unfortunate case of Reiko finding a new friend, but never actually getting back to meet them again.

There wasn’t anything too deep to that backstory, although we did get some more understanding of Reiko. It’s kind of sad when you think about the fact that she didn’t know how the game ended. And of course it makes sense that she wouldn’t. Reiko had probably watched people in passing play that game. But those people probably never invited her to play with them. Only so much you can learn about a game by watching it from a distance. If you can’t interact with people to find out the rules then it is hard to know how to play it properly. Sadly Reiko couldn’t even be sure that she preferred life to be lively since her life was often so lonely. Although through encounters like this I’m sure she did understand how fun lively can be. 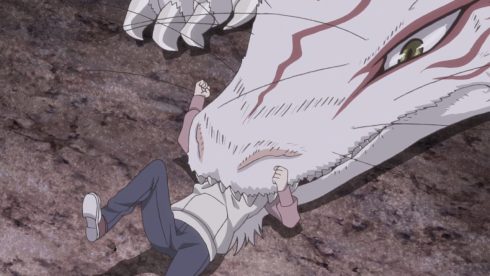 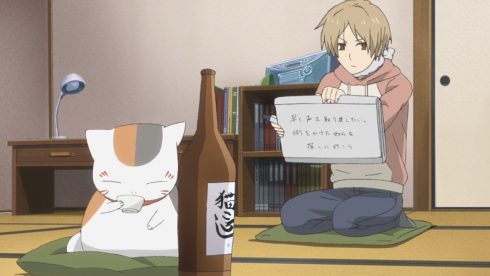 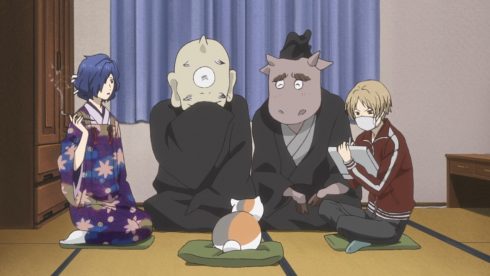 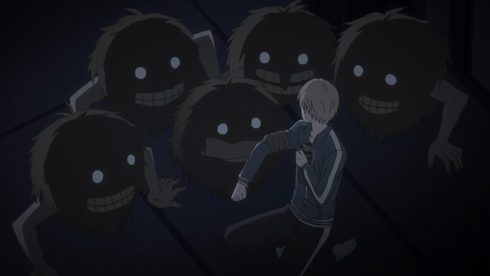 It is episodes like this one that makes me feel for both Reiko and Natsume. They both have had difficult lives in similar, but different ways. Natsume in a sense deals with a lot more danger or at least struggles more with it. We’ve never really seen Reiko in any real danger. She seemed to have the natural ability to basically dominate all the youkai she came across. But on the other hand Natsume seems to be building up a good group of human and youkai friends. I think Reiko really was never able to walk that line as smoothly or at least she couldn’t bring herself to lie enough to make people think nothing was going on.

Natsume is better off going the road he has so far. The Book of Friends is a precious inheritance. It might bring danger and threats at times, but he is also gaining friends as a result. Reiko really did give him the tools and chance to live the kind of life she never could. Just a really nice episode overall.