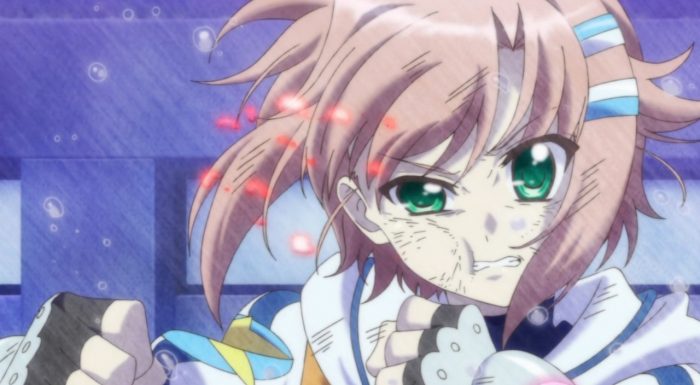 All I can say is that Miura is lucky this is a show that doesn’t have character death on the table. She went through this episode with the ‘death flags’ piling up and you wondered how bad things were going to get. Well a few shattered (not broken) ribs later answered that question. That was just plain brutal. It goes to show that barrier jackets while extremely useful are not all powerful. Probably explains why in previous series you had characters like Nanoha blocking with shields instead of just tanking hits. It also covers just how insanely strong Rinne’s attacking power is. If she gets a clean hit in then it can be absolutely devastating. That the fight ended in a loss shouldn’t take anything away from Miura. Miura gave everything she had and honestly I think simply made a few mistakes that cost her the fight. 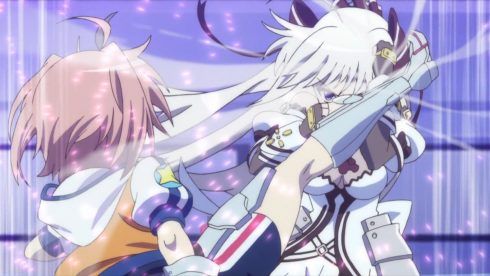 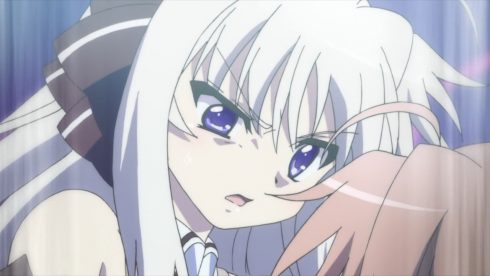 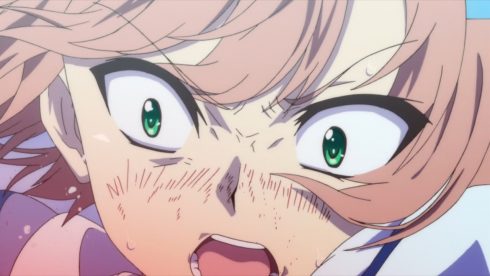 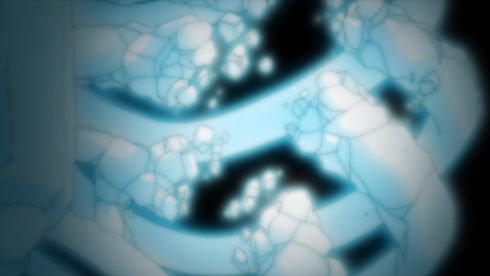 It wasn’t as if Miura was completely outmatched here. The writers could have taken a very easy route in having Rinne just be a monster that Miura couldn’t stop. Rinne was a monster, but there was a path to victory. Rinne’s durability was increased and she improved her overall ability to take a hit. On the other hand Miura did knock her down twice. I don’t think that was messing around by Rinne or anything. Rather the increased durability from Rinne allowed her to keep getting up, just didn’t stop her from going down in the first place.

Although I suppose it isn’t like Miura couldn’t have won. If Rinne could easily take another major attack then she wouldn’t have broken the rule she herself set up. Rinne said she wouldn’t use any grappling and settle it with strikes. In terms of pure strikes Miura had a very good chance to win. The fact that she had to grab Miura showed the pressure. If that kick had connected then it might have been Miura’s victory. After all there is a limit to how much a person can increase their durability. Even Rinne has limits and I think taking that kind of kick was going to be one of them. And it showed that Miura’s determination and courage meant something in that fight. 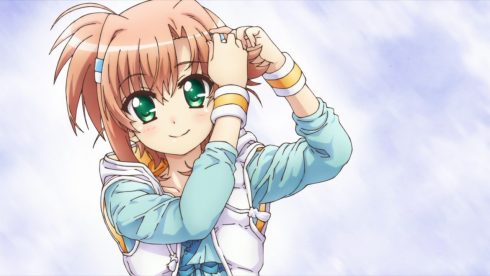 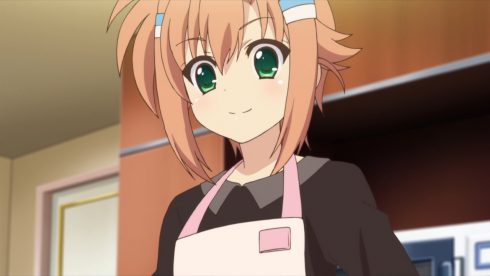 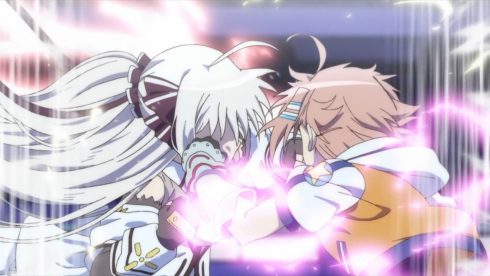 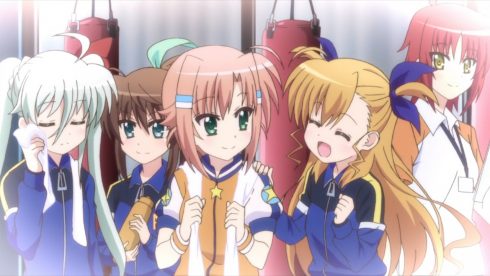 Still, holy crap the show went pretty nuts at the end! I mean this wasn’t simply a KO situation. Nove had to throw in the towel at the same time as Miura’s ribs were utterly shattered! That is not exactly a light bit of damage here. I sure as hell hope for Miura’s sake that they are still using the system from the original Vivid anime. Where through magic they replicate the damage you would take, but it’s not permanent. If Miura actually suffered that damage then they need some serious healing magic here. Luckily Miura has connections with Hayate and Shamal, but with the focus on not mentioning those people…that could be an issue. Plus if that kind of damage is real then this is sure passing into a blood sport situation. Can they actually allow girls under 15 to compete in these events?

The whole episode did seem to be setting up Miura’s defeat. I suppose they felt it was necessary to shock us with how the fight ended since the end result was inevitable. Oh sure they tried to make it a point that if Miura won then Fuka would still get to fight Rinne. But we knew it wasn’t going there. They spent this episode focusing a bit more on Miura and having her spends more time with Fuka. That focus was on both Fuka’s pure enjoyment of food and also to show her friendship and rivalry with Vivio. That rivalry was a nice part of it and showed how rivalries can be a good thing. Rivalries can allow individuals to grow and spur each other to do better. It isn’t just about beating that person. 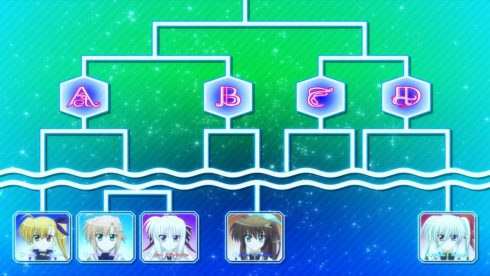 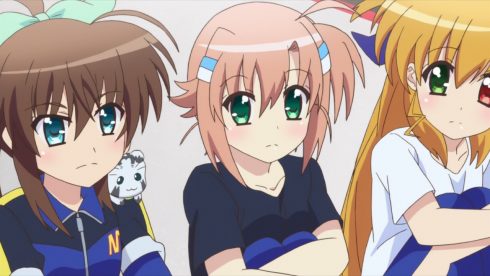 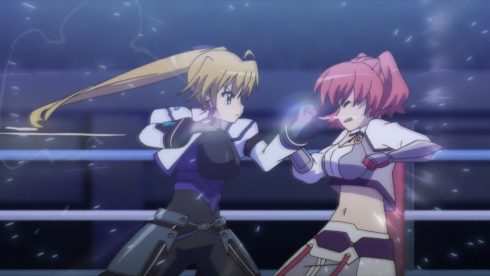 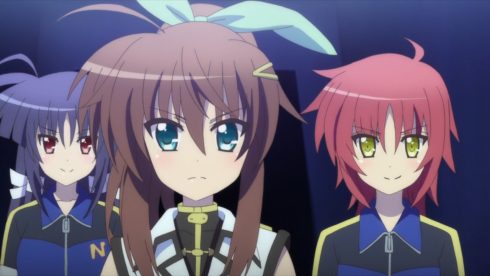 The visuals with the bracket made it obvious, but even I was thinking about how this tournament would play out when we could first read the names on it. Now some of the original speculation I saw has come to pass. They’ve set it up pretty simply. Rinne has already defeated Miura and will eventually defeat Vivio to take Block A. Then she will face Fuka who will win Block B and they’ll have a massive fight. That will leave them to face Einhard who will win Block D and defeat whichever random person comes out of Block C. This will allow Fuka to not only defeat her friend, but also face her mentor in a big showdown. That is a fight that honestly Fuka probably loses, but that doesn’t matter since she wins the fight that is more important to her.

One thing I do wish is that they had given Fuka one of the Nakajima girls to face in the tournament before the final. The suggestion of her fighting Miura would have been interesting. I’m not sure why we really need Rinne to topple both Miura and Vivio. I understand Vivio, they have a history. Rinne beating someone who beat her would be something important to her. And I get that she also wanted to fight all the Nakajima girls…but it’s not as if she made up the bracket for this tournament. 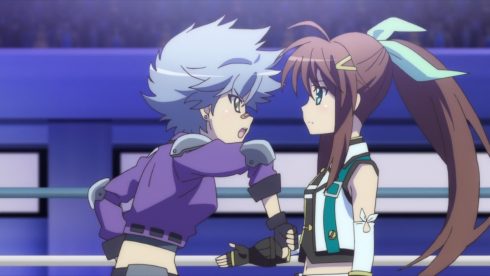 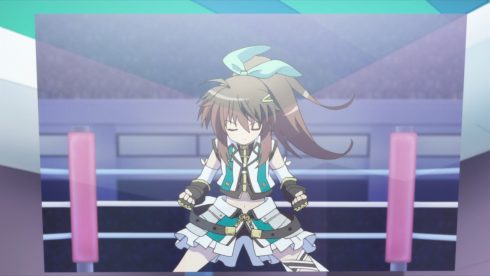 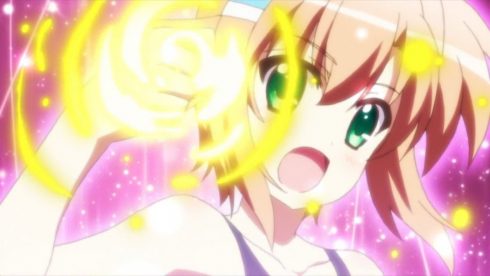 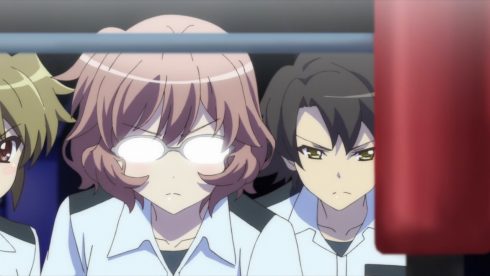 Let Miura fight Einhard or Fuka or someone else to give some added options. Maybe they felt it was necessary to have Rinne break her word and also to brutally defeat one of the girls. And they decided that it was more acceptable to do that to Miura than Vivio who was the main character in the previous ViVid anime. They can have Rinne beat Vivio in a less scary sense. I don’t have a big problem with the bracket. It is simply that I wonder how they make Fuka’s road to the semi-finals more interesting.

On a minor note I am still annoyed with Rinne’s coach. She makes it seem like talent is the only value and the only reason Rinne won. Miura could have won that fight and almost did. There are a lot of reasons why Miura lost or why she could have won. A certain level of talent or genius wasn’t the reason. Though I guess it is going to come down to Fuka winning for Jill to figure that out. Talent matters, but it is talent and everything else about a person that makes them who they are. 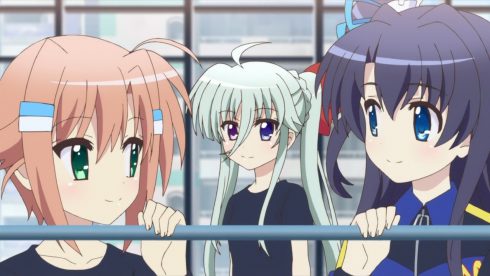 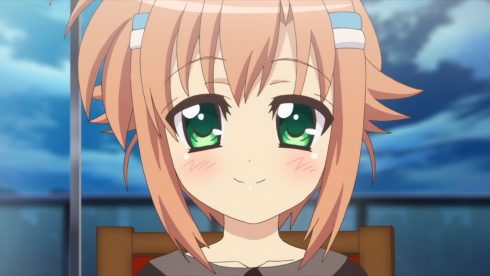 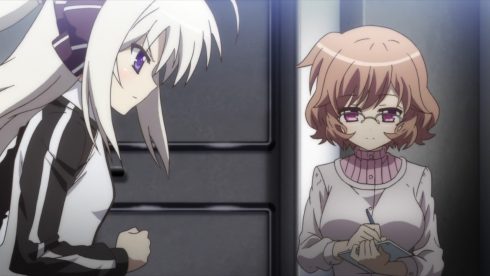 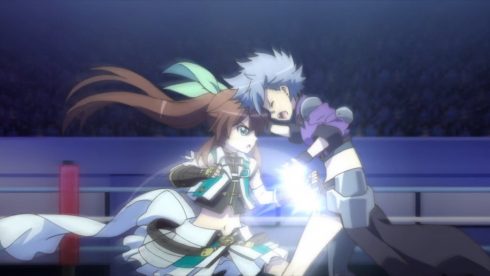 So far so good for Fuka’s fighting career to this point. It is perhaps a given that she owned the qualifiers and defeated her first opponent without breaking a sweat. I’m sure her opponent wanted some good old trash talking before a fight…but Fuka’s an odd one. You can piss her off and she will snap, but it’s not something constant with her. Fuka can actually be remarkably cooperative and polite with people. You have to really bother her for Fuka to snap on you. I feel for her opponent since the fight was over before she knew it.

The tournament is now underway and we can see a direction for the matches. The overall result isn’t that hard to guess at, but it is the journey that matters. There will be aftermath from the Miura fight. I hope she will recover without long lasting consequence from that match. After that we’re just going to have to see the tournament unfold. Vivio vs Rinne will be interesting and likely pretty darn tough. I wonder if you can really have Vivio lose by a serious degree and still keep on trying to avoid even mentioning Nanoha’s name. Anyways, I’m looking forward to seeing the show unfold.