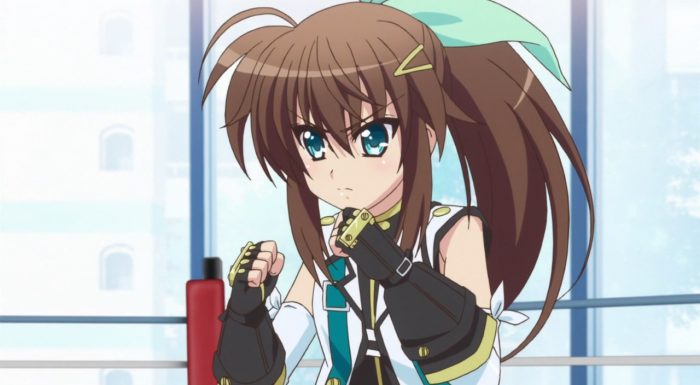 That was a good episode. It would have been tough to end on the same dramatic note as last week so I’m glad they didn’t try for that. This was a good chance to see the aftermath of Rinne’s bully slaying and how things really did get crazy even after that. There was a fair amount of aftermath to the point that I was shocked Fuka didn’t know what happened. I suppose they didn’t outright say that the media reported all personal information…But at the same time the reputation for the Berlinetta brand was damaged somewhat. In the end we’ll just have to consider that a bit of a weakness on the plot or that none of these girls were watching the news at that age. 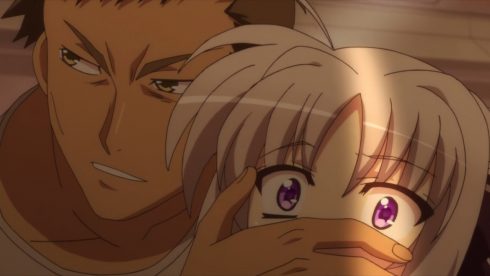 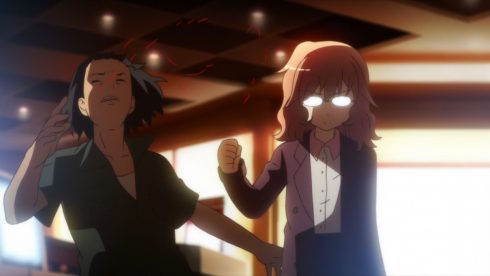 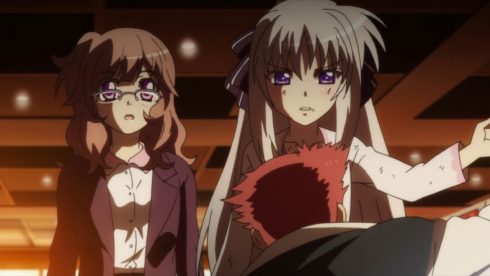 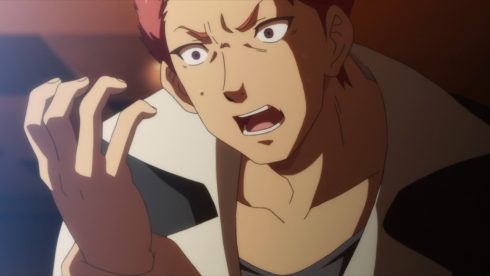 I didn’t think things would get even messier after that incident, but I suppose it makes some sense. This show seems to be making a point about the cycle of violence as well. Rinne responded to the violence of those girls with violence. Then her family tried to respond to that violence with more violence. And then Jill and Rinne responded to that violence with more violence. The key thing is that Fuka is the one person that is trying to step away from that. Yeah she intends to smack Rinne, but in an official mach. And she’s going to do it to try and stop this mad cycle from continuing to spiral out of control. It’s only a matter of time before more people can’t stand Rinne’s attitude and go after her.

Now I can understand the brother’s rage in this case to a degree. If a member of your family is hurt then that will anger you. Certainly the lies about what happened didn’t help either. But in reality he still went so far over the line the level of sympathy is very low. The main point of the plan was to kidnap a little girl and beat her into hospitalization. That was their plan here. Revenge fueled by anger on his part, but all of them weren’t likely relatives of those three girls. Part of this was anger against the rich. That kind of anger just because of status has been there from episode 1. In the end these guys kidnapped a kid, beat her up, and are trying to argue they aren’t the criminals here… 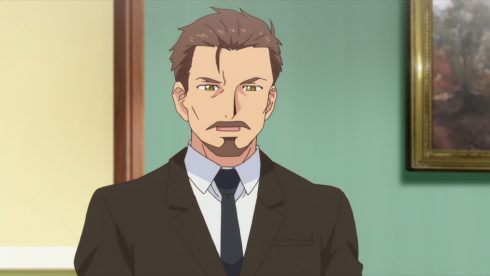 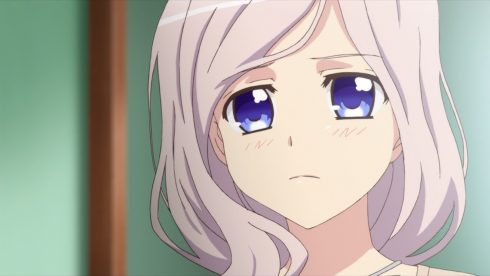 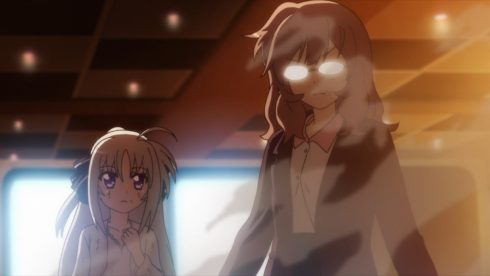 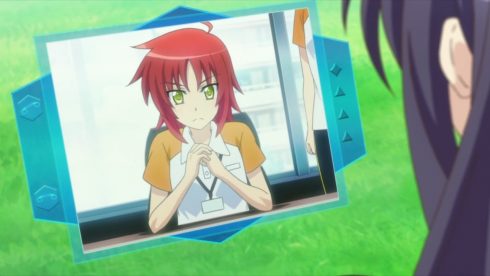 This certainly covers where Rinne met Jill. I have to give credit to that woman for helping Rinne out. Not many people would go that far to stop a crime being committed. Some people might call the police and some might just say that and expect others to do so. She was the hero in that situation. Those guys definitely deserved what they got in terms of a response to their crimes. And obviously the showing of Rinne’s explosive temper and power was more than exciting for Jill. She didn’t just save a kid; she ended up saving a future student. The nice thing is that she didn’t save Rinne for that reason, but because she was a kid in trouble.

I’m glad to see that Rinne’s parents while flawed people are good ones. The mother felt a lot of grief and guilt over what happened. It was her decision to send Rinne to that school and her decision to give her that memento. Neither of those things were what was really important. She did care deeply about her new daughter and simply wanted her to smile and make friends. Now sure they could blame themselves a bit about not pushing harder and finding out about the bullying sooner, but that’s not an uncommon thing. In the end they just wanted her to come home. I’m glad they in the end managed to convince her to do that. Healing her heart has been hard to do, but at least Rinne didn’t wander off into the streets for good. 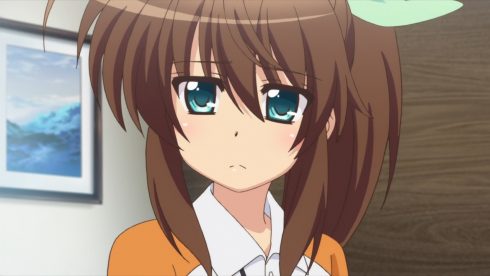 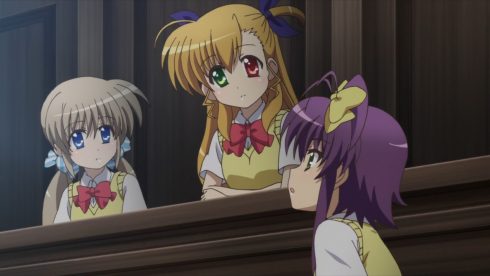 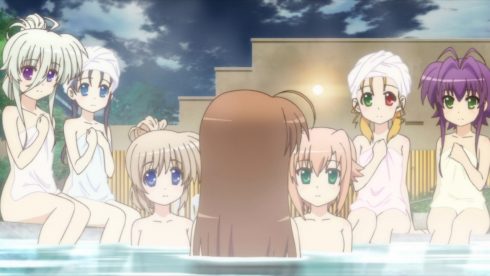 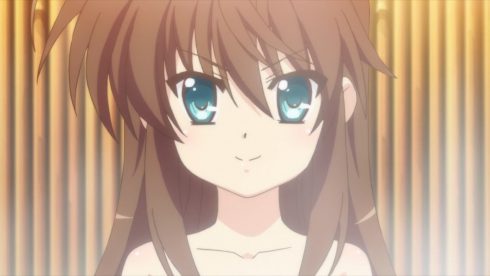 Fuka’s reaction to all this was interesting. There is no doubt about her initial feelings about what happened. That all showed on her face pretty clearly. The interesting thing was how she responded to it after the fact. Fuka took a somewhat mature stance on this. What happened to Rinne was terrible. But all of it belongs to Rinne. Fuka wasn’t there, she didn’t go through it and she can’t take ownership of that pain. And I think in some ways she is proud that Rinne resolved things around her by herself. I’m glad Fuka isn’t the type of lead who would go around blaming herself forever about something that she didn’t even know about. It’s not her fault and she’s got things she has to focus on. Fuka can’t change what happened in the past, she can only deal with the Rinne that is here right now.

And her focus is on the classic Nanoha approach of beating someone down and then talking with them. No shock that Fuka hasn’t gone passed the punching stage of this plan. It’s probably a given that she hasn’t, considering her mindset and also the task ahead. Just beating Rinne is going to be a monumental task and focusing beyond that would be tough. What is important right now is that terrible look that Rinne has and what she is turning into. Fuka can understand why Rinne is so angry with her, but that doesn’t change what she has to do. Rinne has changed and that’s a reality. What Fuka can’t let go is Rinne turning into something Fuka could never stand. It may require some punching, but it’s the only way to snap Rinne out of this. 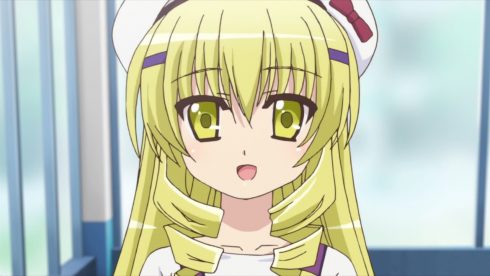 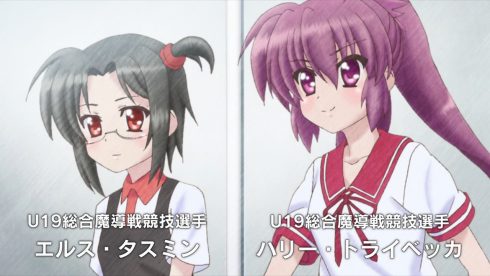 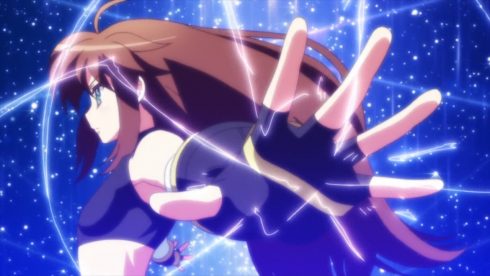 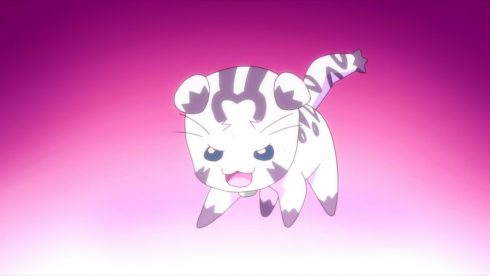 I’m glad we’re set up to get into the Winter Cup next episode. They really don’t have enough time to spend on the setup. Need enough time for opening fights, some important individual battles and Rinne vs Fuka. Throwing in Micah and some other sparing partners at the end is good. They can either show off some of that sparing early next episode or just reference it during the tournament. And Fuka finally gets her device right on schedule. They really are making sure not to draw any direct connections to the main Nanoha characters though. Making it sound like Einhard and Fabia managed things with the device. I suppose with the skills involved it’s possible, but I still think they just had Hayate do most of the work.

Next week should be pretty good. We’re moving right into the major tournament and can start advancing things forward. Now that we know what Rinne has gone through the focus can shift on helping the version of her that is here now.