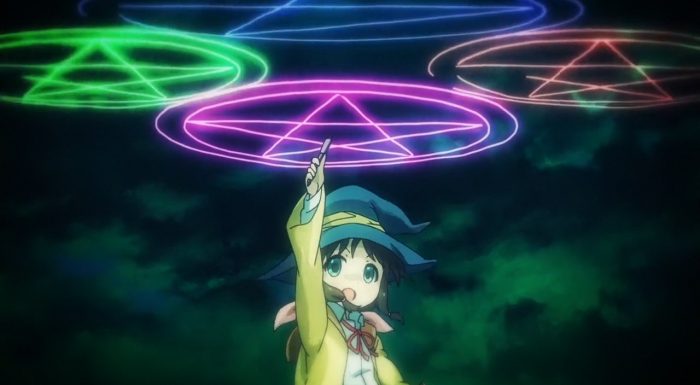 As part of my ongoing crusade to talk about every relaxing show with cute girls airing this season, here is Stella no Mahou, aka Magic of Stella. The airing pattern for this one is a bit weird, so if you haven’t managed to find it yet, don’t panic. While the episode first aired last Monday, the official translations are releasing a week behind, so they actually haven’t come out yet. But don’t worry: by the time this post goes up you shouldn’t have to wait too much longer. 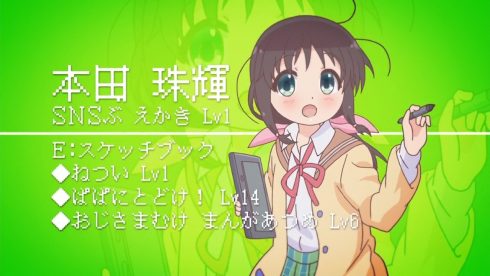 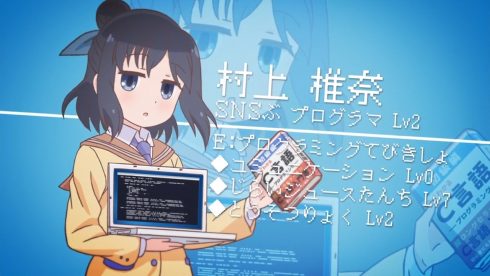 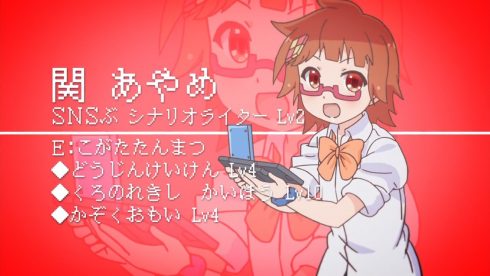 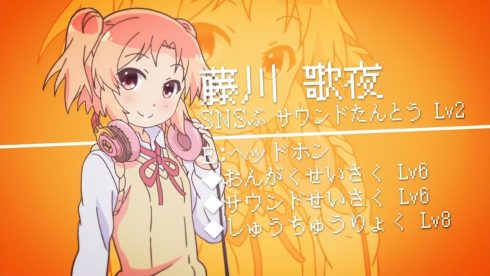 So, Stella No Mahou follows the high school life of one Honda Tamaki. A schoolgirl from the countryside with a pronounced Kansai accent, she’s going to school in an urban area for the first time in her life, and dealing with various hassles for the first time as part of this new life, like running to catch the train to be on time to school, learning to talk without her accent, having to wear a new uniform that is several sizes too large because her grandmother insisted she would grow into it… But despite all that she’s excited to be going to her new school. I have to wonder about all these kids I keep seeing in anime who are so upbeat and happy about going to school. When I was their age, school was a horrible torture created by adults specifically to waste my time. It obviously had no good purpose and there was nothing enjoyable about going. I have to wonder how so many kids in anime see school as a wonderful and exciting place to go. 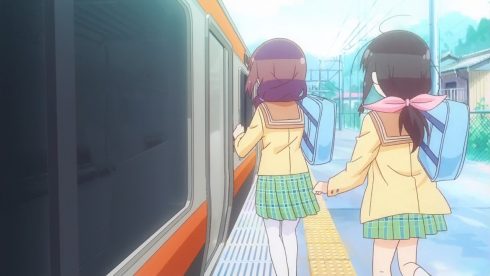 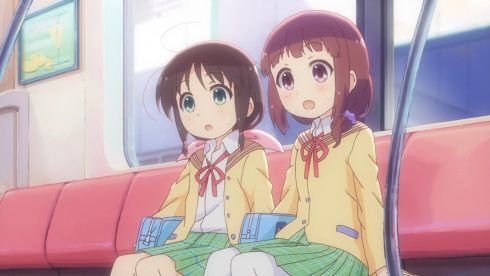 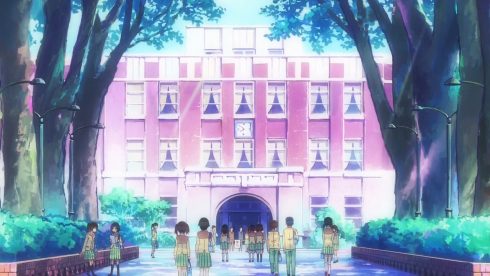 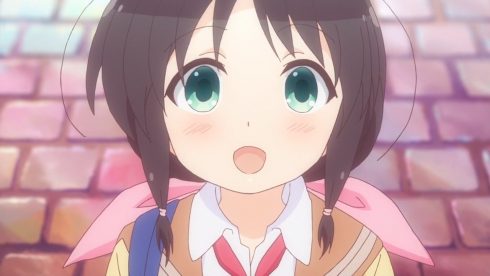 As it happens Tamaki is eager to join a school club, and her new high school has dozens and dozens and dozens of them. And with new students arriving they have a whole special event called “Club PR” where all the clubs get to setup booths and advertising space and try to recruit new students to join them. Tamaki is hoping to find a fascinating club to give her a boost of inspiration to help her figure out what she wants to do with her life. Her problem is that there are lots of different clubs, and she’s never really had any sort of focused interest in the past; she always just went along with whatever seemed fun at the time. 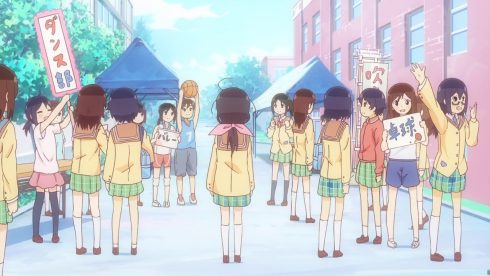 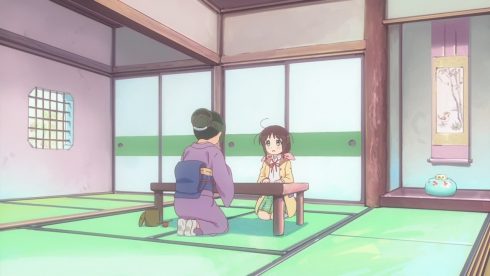 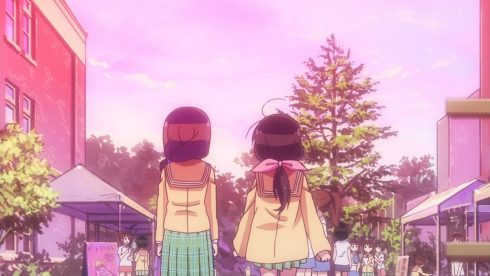 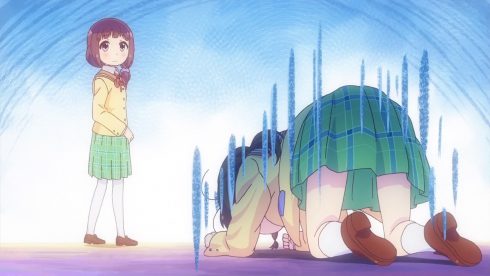 However, while she and her friend Fuda Yumine are wandering the booth spaces, they see a small booth manned by two people who look mostly dead, with a sign for the SNS club. Wandering over they discover that it’s a club that makes doujin games, manned by Murakami Shiina and Seki Ayame, the programmer and scenario writer for the game, respectively. Here we get a glimpse of how stressful it is trying to show off something you’ve made to other people, as we get inside Shiina and Ayame’s heads for a bit. Their panic at their laptop being frozen, their nervousness as the girls start playing the game they made, their worries and excitement and reactions at each step the two players make feel very real. 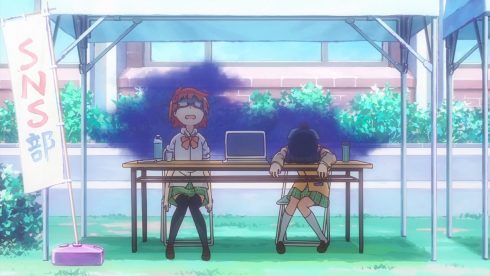 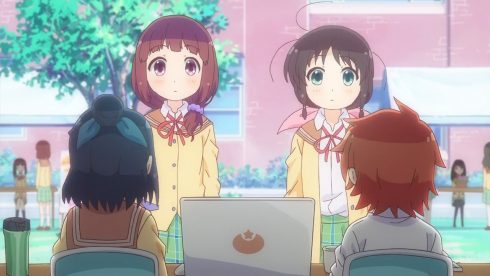 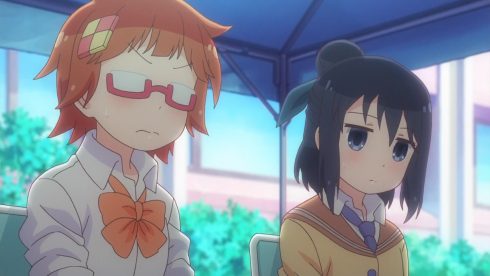 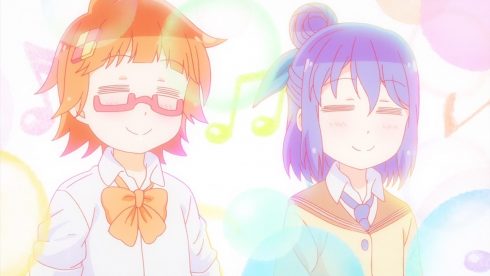 Eventually, lured in by the enthusiasm and earnestness of the club members, and by the chance to create something fun that other people can enjoy, Tamaki chooses to join the club as its new illustrator. She does have to overcome the difficulty of never having done much art involving computers (I’d suggest getting a tablet), but given the quality of the quick sketch she draws to show them her skill, I think she can handle it. Even if it is a completely different style of art than what they’ve made before. And it’s a good thing too, because the former illustrator; the club founder and former president; had graduated at the end of the previous school year, leaving her three underclassmen without a clear direction. 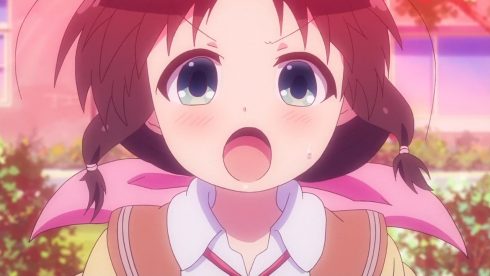 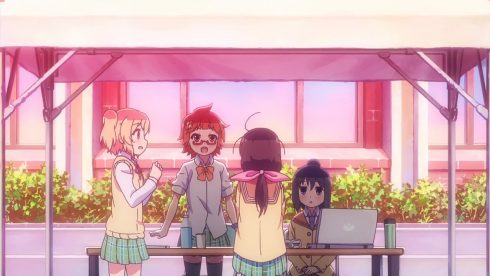 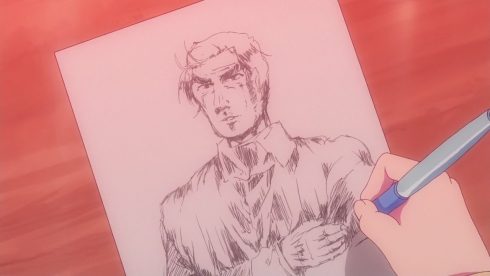 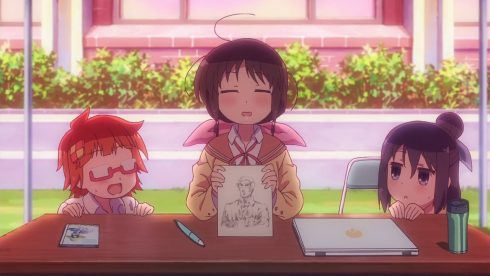 During the club meeting the next day we get a good feel for the personalities of the various members, and we can tell that it’s going to be fun watching this group interact. What’s most important here, though, is the decision to start making a new game for sale at the next summer comiket. That’s four months, in which Tamaki is going to have to draw everything that has anything to do with art in any way whatsoever. From interface to character sprites to combat animations to dialogue boxes to menus, anything that appears on the screen she’ll be drawing. That seems like a lot of work for a single person, to me, and I doubt Tamaki really has a grasp of it, but she does understand when Shiina warns her that this will be especially grueling for her. She understands… yet chooses to go through with it anyway. She is determined to do it. I can admire her resolve, even as I worry for her. 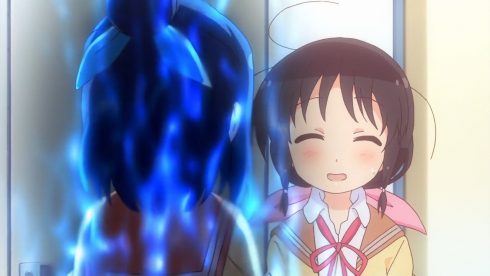 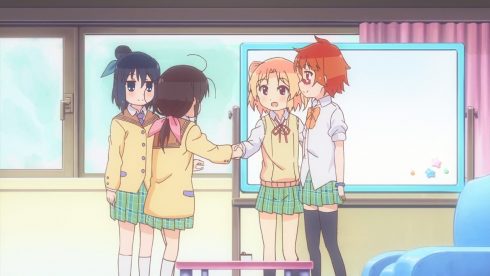 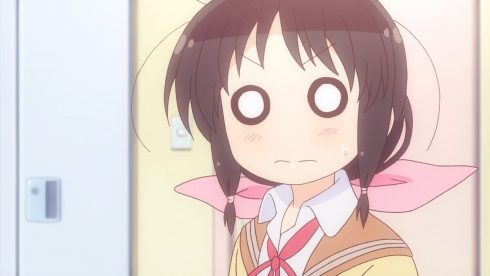 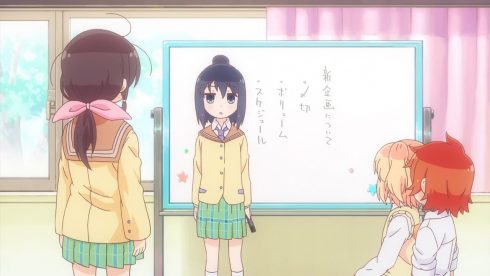 So, in the end this is another cute anime about cute girls making cute video games cutely. Curious timing, airing just after New Game! but this stuff is figured out far in advance, and it’s done by different studios, so it’s undoubtedly just a coincidence. As it is, this series is off to a decent start. The fact that the girls have given themselves a time limit should mean we should expect actual progress to occur, along with our standard dose of cute girls doing cute things. Hopefully we’ll be able to see them finish their game by the end of the season.

Again, I don’t know yet whether I’m going to cover this series for the entire run or not. I will see how things turn out down the line. 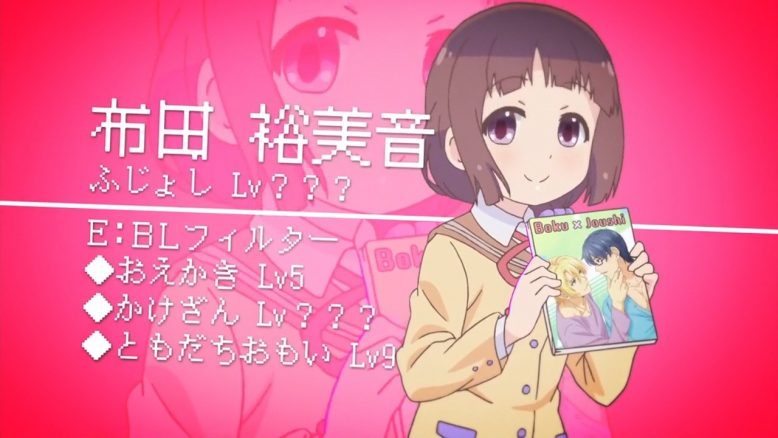 in Stella no Mahou