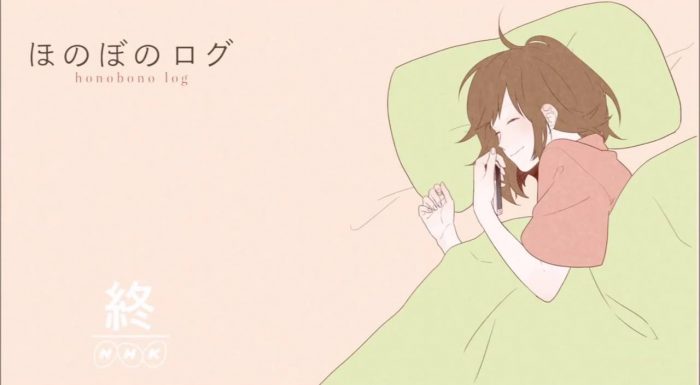 Here we have yet another hidden gem of a shorts series that flew under the radar of 95% of the English speaking anime viewing world, it seems. The source for this anime adaptation was an illustration book by a popular artist named Naka Fukumachi whose title was: Fukamachi Naka Gashū Honobono Log ~Taisetsu na Kimi e~ (Naka Fukumachi Art Collection: Heartwarming Log ~To Precious You). While many manga and novels have, of course, inspired anime in the past, there are few art collection books that have inspired anime. The book is a collection of hearwarming peeks at the lives of close couples and families. (Interestingly, Fukamachi posted some of these illustrations under the hashtag #ほのぼのログ (#HonobonoLog) on Twitter and garnered over 520,000 followers!) 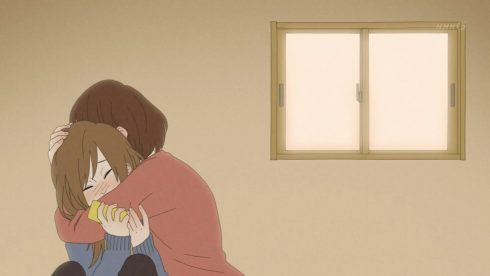 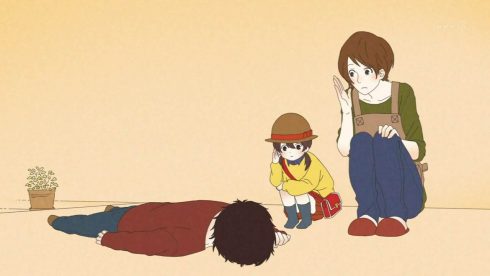 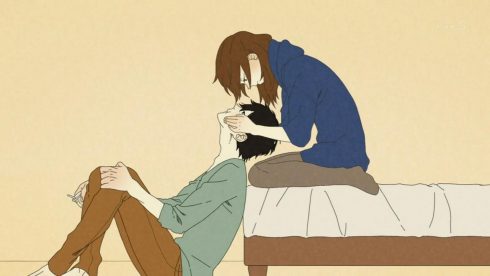 I definitely have to say that this is one of the more effective shorts series I have ever watched – so many of them really hit the viewer in the heart with a gentleness and deft touch that is just downright well done. Each episode is only about 2 minutes long, and is prefaced by a short OP intro and series of stills (some of which are featured in the shorts themselves and some not) that completely fits and sets the tone for the entire series as a whole. Interestingly, after the Amanchu OP it is likely the OP of Honobono Log, named “Ame no Parade” that was a close second place holder behind it. 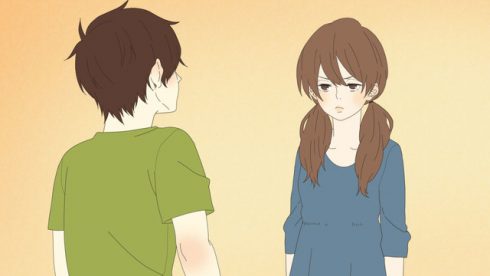 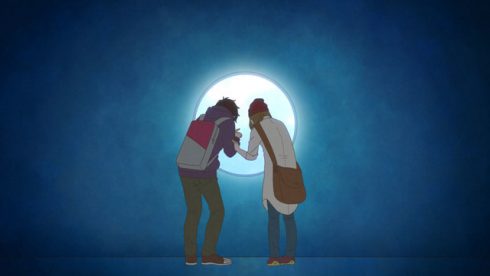 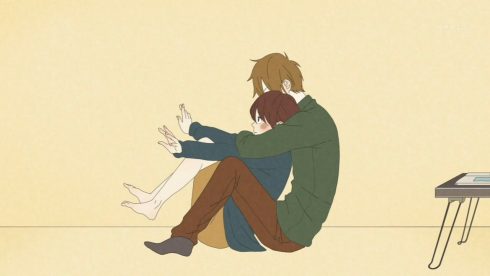 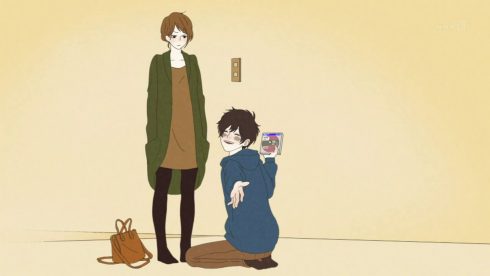 The art style as a whole is very simplistic , though it has very little bearing on the series as a whole, I felt, and I really wished I could have gotten more detailed insight into all the characters that were shown. I can’t tell you how many times I either teared up or broke into a wide, foolish looking smile. If only they would make more episodes so simply and artfully as they did this series! It really deserved a lot more attention than it seemed to get, and this short review is my small attempt at letting more people know about it’s existence. On the whole I would give this lovely little shorts series a B+ rating. If you have not seen it get out there and watch it!