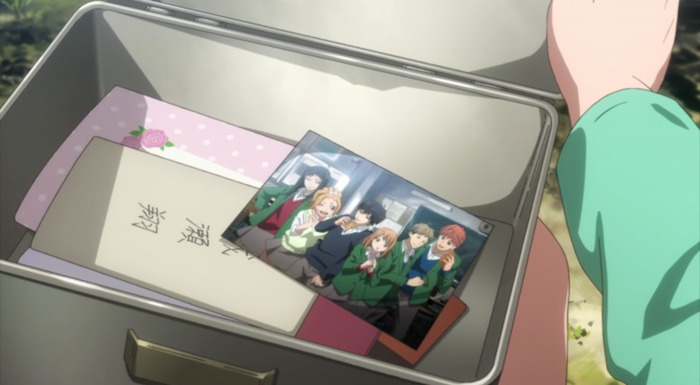 As is tradition, I’ll be spending the first part of this post providing a spoiler-free review of the orange anime series, and then the second half chatting about the (perfect) finale itself. I’ll let you know when I’m moving into spoiler territory so anyone who hasn’t yet seen the show will know when to stop reading.

On the first day of her second year of high school, Naho receives a letter addressed to “the me of 10 years ago.” The letter comes from her future self, predicts events that are going to happen, and asks her to do things differently this time and help erase her regrets. On the same day, a new student named Kakeru transfers into Naho’s school. Kakeru becomes fast friends with Naho and her group, but the letter warns her that he’s going to die within a year. It’s up to Naho to find a way to save Kakeru and create a brighter future for them both. 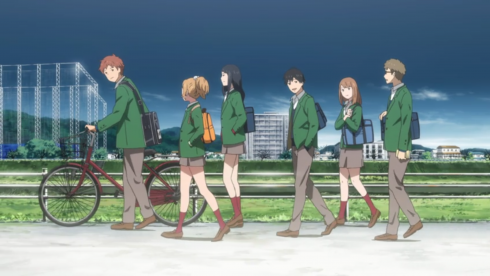 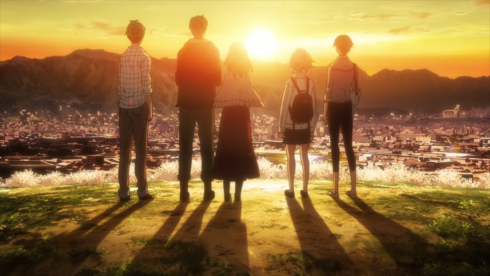 orange is an adaptation of a finished manga series (available digitally on Crunchyroll and in paperback from Seven Seas), and adaptations always come with their own unique set of challenges. Normally I’m writing these reviews from an anime-only viewer’s perspective, but I did read the manga beforehand, so I came into orange with high hopes and tentative expectations. It’s a smart, emotional story that portrays the difficult topics of depression, grief, social anxiety, and suicide with a tremendous amount of sympathy and openness, and I badly wanted the anime to do it justice.

Fortunately, my fears were quickly laid to rest. The orange anime is faithful to the original’s narrative and does an excellent job of capturing the manga’s messages about compassion and honesty and its ongoing themes about the regrets of the past and the possibilities of the future. How do people come to understand each other? Do we spend enough time paying attention and really listening to the people we care about? Is it possible to “save” someone? Can you ever truly erase your own regrets? orange is interested in all of these questions, but it asks them indirectly, through its characters’ personal and interpersonal struggles.

This is very much a character-driven narrative, its conflicts all centering around individual troubles (from shyness to school crushes to depression) and interpersonal communication, and the orange anime takes extra time and care to ensure everyone’s personalities and varied relationships are fully fleshed out. Time travel elements aside, orange is firmly grounded in reality and the importance of everyday life, and its main cast reflect that commitment to realism. Familiar but unique, they all feel like people you could actually meet–or maybe friends you actually have–and it makes their struggles and triumphs resonate all the more fiercely. orange will probably make you cry, and that’s a good thing. 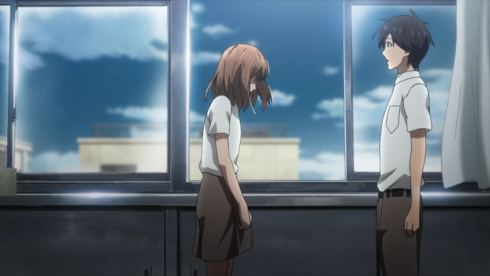 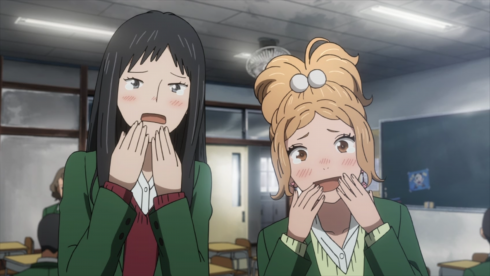 The biggest downside to this down-to-earth, measured style is that relatively little actually happens, and what does happen can start to feel repetitive or stretched out too long. I’m glad orange was able to tell its story in a TV series rather than trying to cram it into a two-hour film, as the quieter slice-of-life moments are what create that sense of realness and give orange so much of its emotional weight, but 13 episodes is just too long for a five-volume manga that’s this light on plot. A noitaminA-style 11 episodes would have suited it much better, and prevented the middle act from dragging as badly as it did.

orange also suffers from some severe production issues during that same middle act, leading to off-model designs and jerky cuts that culminate in the embarrassingly bad 9th episode. The series pulls itself together for a gorgeous finale, and when the production schedule isn’t falling apart the show is visually memorable and sometimes breathtakingly beautiful, with lush backgrounds, striking cinematography, and expressive character designs. My hope is a lot of the quality issues will be corrected for the home video release, but as-is it’s a decidedly rough production at times, which is a shame for a story this well-written. 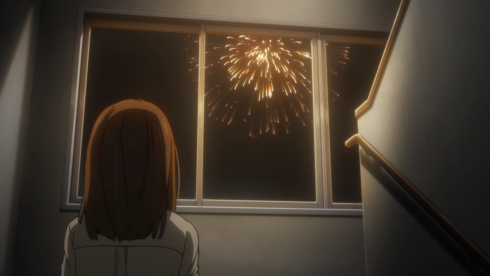 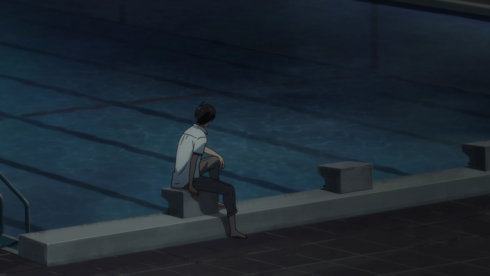 Slow pacing and rough animation aside, the orange anime preserves the heart of its source material through compassionate writing, fully realized characters, and some excellent vocal performances, particularly from Yamashita Seiichiro as the fragile, guilt-stricken Kakeru and Hanazawa Kana as both the insecure younger Naho and the quietly sad older one. It’s not a perfect adaptation, but that doesn’t mean this series isn’t well worth your time.

Okay, time for you newcomers to click away so you don’t have the last episode spoiled for you. Everyone else can scroll past me desperately trying to hide my emotions with a bad pun for some Episode 13 commentary.

Like I said in my opening paragraph, this last episode is pretty much perfect, an emotional culmination of all of orange‘s character arcs and themes. It’s satisfying and hopeful without feeling too simple or contrived. The production also came together beautifully this week, filled with evocative shots and swells of music that drew the audience into the characters’ rawest of emotions so that when they hurt, when they panicked, when they laughed, so did we. It overwhelmed at times, especially during Kakeru’s quavering admission that he wanted to die but couldn’t do it because he thought of his friends (Yamashita is incredible this week), and it wrecked me but good.

This double-length episode is loosely divided into two parts, with the first serving as a conclusion of sorts to Naho and Kakeru’s budding romance, and the second as a conclusion to the central story itself. Fittingly, the second half of the episode is about the entire group rather than just our main couple. orange has a lot of romantic elements and it handles them well, but at its heart it’s a story about not just romantic love, but familial and friendship love, too. They’re all equally important, and its Kakeru’s connections to everyone, not just Naho, that help save him in the end. 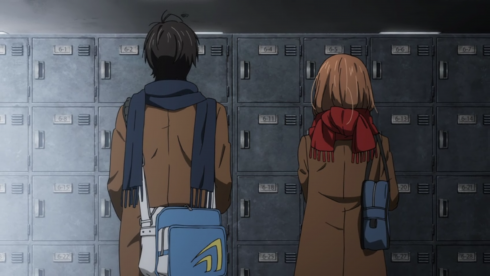 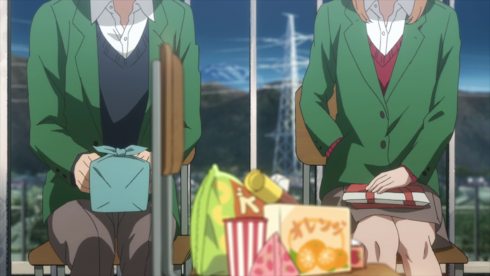 One thread ties both parts of the episode together, I think, and that’s the importance of forgiveness. Kakeru distances himself from Naho because he’s convinced he’s hurt her and will keep on hurting her. But that’s the nature of all close relationships: We can do our best to be thoughtful and kind, but we’re still going to make mistakes, misunderstand, act thoughtlessly or selfishly, and hurt the other person. It doesn’t make Kakeru a monster; it just makes him human. The important part is knowing when you’ve hurt someone, to ask forgiveness, and work to make things right. And, of course, to forgive yourself for your own mistakes, too.

Kakeru needs Naho to forgive him before he can forgive himself, and she does. Along the way, she also helps give her future self some peace of mind, as she passes on Future Naho’s final words and is finally able to look straight ahead and speak honestly, without “running away,” afraid of worst-case scenarios. She opens up to Kakeru about her desire to be close with him and finally tells him she wants to be in an official relationship. It took some persistence, but Kakeru does at last take her extended hand again, opening up to her as well and agreeing to go out with her. It’s a lovely little scene, and gives us hope that the acceptance and love Kakeru has felt from Naho and the others will help him continue to heal. 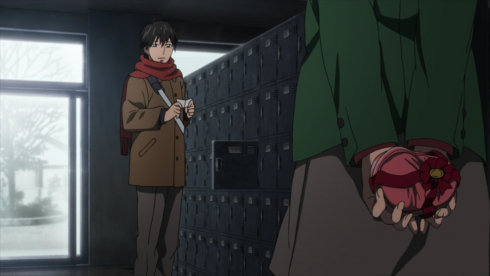 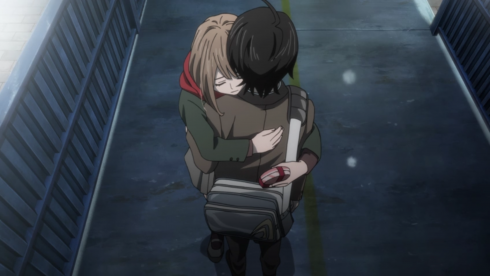 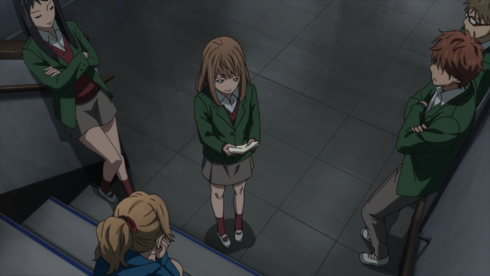 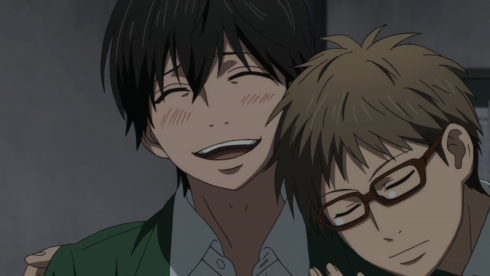 February 15th begins adorably–with everyone working extra hard to let Kakeru know he’s loved–and he seems to be in genuinely high spirits all day. His friends don’t know about the cell phone, though, so there’s nothing they can do about Kakeru finding his mother’s last message. His escape into the night isn’t as frantic this time as it was in the original timeline–it’s a quieter, softer sadness rather than a sharp panic–but the shots of him wandering in the dark, utterly lost, are heartbreaking all the same. I knew how the manga ended, and there was still a moment where I worried Kakeru was going to step in front of that truck after all.

He doesn’t, though, because of the friends and girlfriend he’d leave behind. He’s opened up to them in this timeline, which makes their friendships matter more than they did before. In the last timeline, he didn’t think they’d miss him. This time he knows they will. Even that knowledge is small comfort to him, only amounting to a moment’s hesitation, a last-second decision to throw himself backwards instead of forwards. All that hard work to make Kakeru feel like his life is worth living, and it’s still almost not enough.

orange understands how deep guilt can cut, how bottomless depression can feel. But it also firmly believes that every little change, every moment of understanding and kindness, genuinely matters. It may not seem like much, but for Kakeru it makes all the difference. 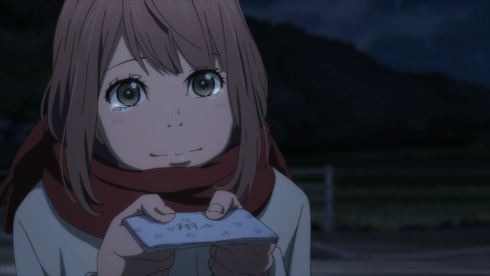 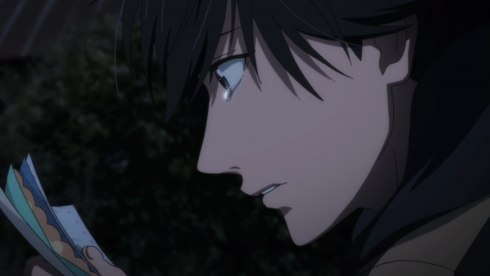 After Kakeru reunites with his friends (and I finish wiping the tears from my eyes), we’re treated to one last surprise: The gang wrote letters to Kakeru, too, filled with apologies and regrets. At the end is the same question we’ve seen all episode: “Do you forgive us?” Just as Kakeru is trying to find forgiveness for the guilt he feels about his mom’s death, his friends 10 years into the future are trying to find forgiveness for the guilt they feel about his death. And if he can forgive them, then it makes it easier to believe his mom would forgive him, too. I think that makes a bigger difference to Kakeru than even he realizes.

orange wisely leaves a few doors open here at the end, suggesting that our story is over but our characters’ lives will go on. We don’t know how things turn out ten years down the line–if the gang is all still together, if Kakeru’s depression is situational or chronic, if Naho winds up marrying Kakeru or Suwa (or neither!) this time around. Still, Kakeru’s letter in the time capsule is optimistic, as he’s not just thinking about his friends’ futures but also about his own. He’s been obsessed with the past and regrets, but now he can think about the future again. So too, we hope, can his friends in both timelines, wherever their very different lives may lead. 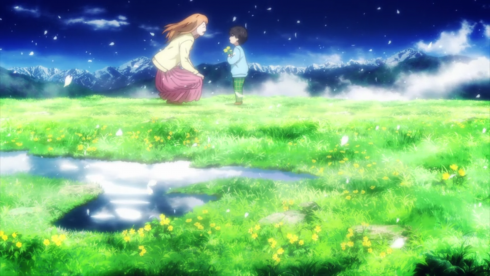 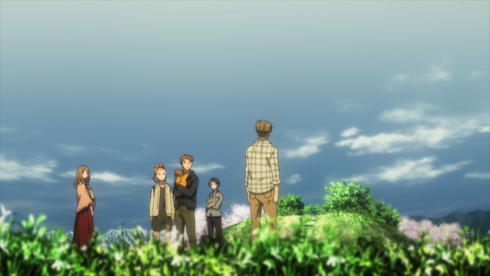 As always, thanks to the folks at Anime Evo for giving me a place to talk about a great show, and thanks to all you lovely readers for hanging out with me over the weeks! ‘Till we meet again! 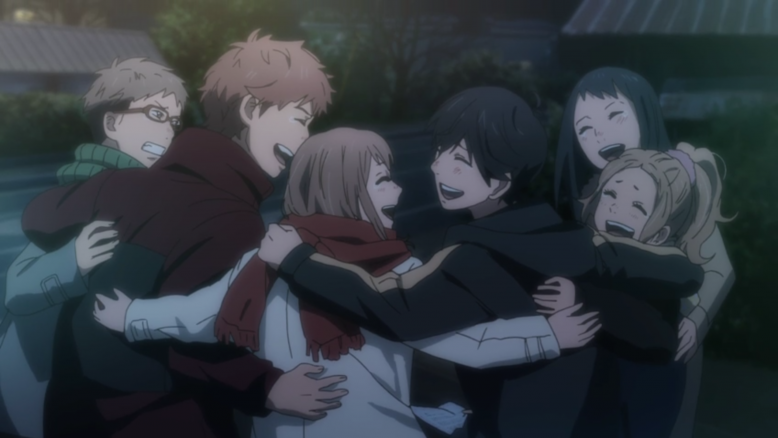