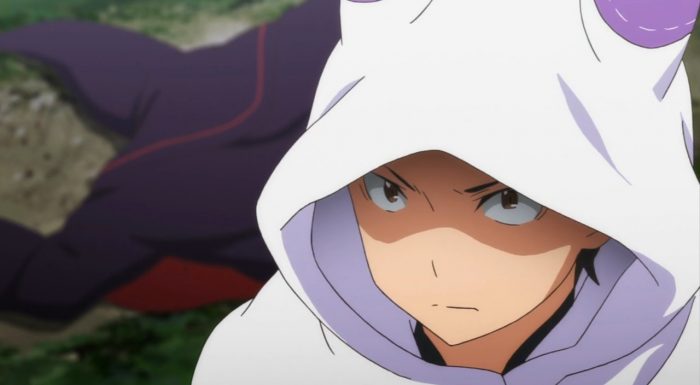 Not quite as impactful or intense a finish to the episode as the past few weeks. Which is kind of strange to say considering this ends in the middle of a fight against Betelgeuse. I suppose it is hard to quite take this fight seriously considering we saw how quickly Wilhelm killed him in the previous loop. In that sense….why aren’t they just having Wilhelm do it again? He can pull off a great ambush in that area and take Betelgeuse down in one attack. Why are they taking such extravagant risks and means to take this guy down? If it’s about security for the civilians, they have enough people to spare him that job. Julius should be able to do it, but does he have to? I did want Julius to get a chance to show what he can do, but not unnecessarily. In a sense this fight should already be over. Julius can now see the Invisible Hands and has enough skill and power to cut through them. So…let’s get this over with. 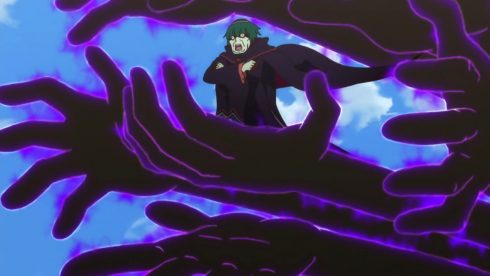 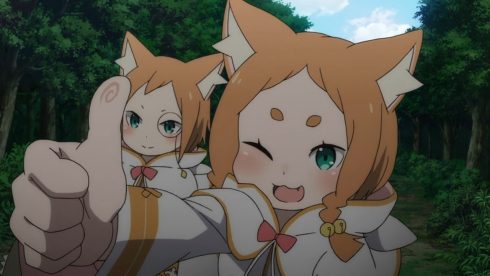 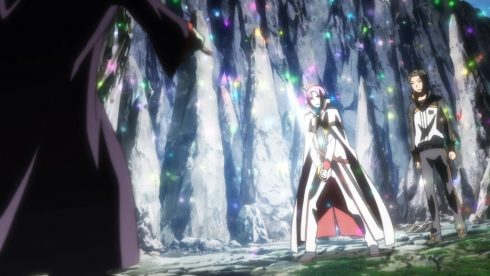 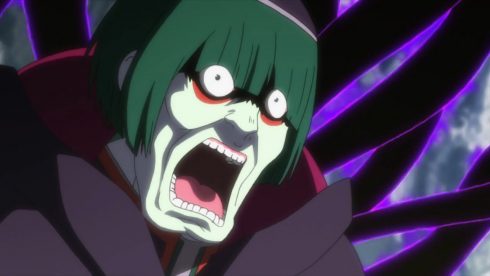 For whatever reason the end of this episode was simply good. Which is kind of a negative considering how great Re:Zero has been through the series. It was an interesting development that his save point updated, though not entirely surprising since people did heavily hint at that possibility. It is darn weird why it changed there, but I suppose the answer is that it would be really boring to go through the whale hunt yet again. They did a lot of the killing off the Cult off-screen as well. Things went remarkably smoothly, but they did go pretty darn smoothly last time. This is one case where the advantage of time is really quite insane. It kind of shows why the story has kept Subaru so insanely weak. Once he knows what is coming and has power…it’s a cakewalk.

They handled this situation with incredible ease thanks to the Cult having no idea what was really going on. They were the ones doing the ambushing and doing it very well. By attacking the Fingers earlier it did make things really easy. They didn’t have to worry about them suddenly gaining super powers and instead could simply kill them all. That’s a pretty handy setup. Subaru has such trust from this army that he can throw out things that in no way he should be able to know and they will nod and go along with it. Trust is by far the most powerful thing Subaru has going for him. 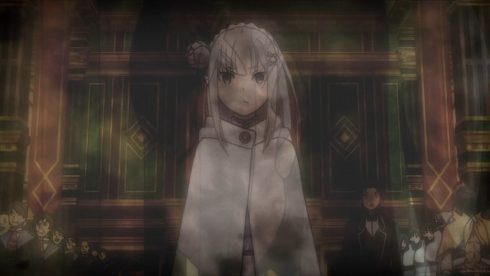 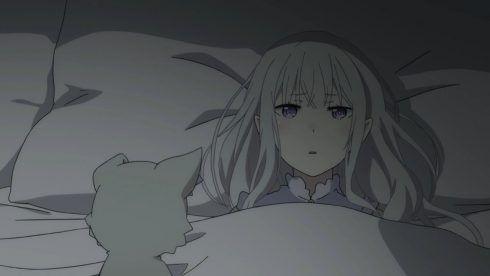 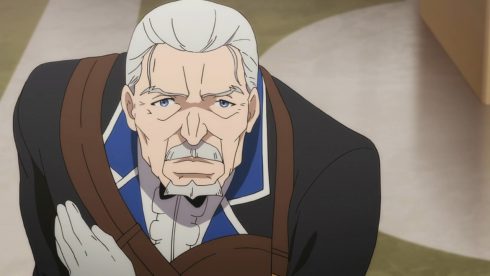 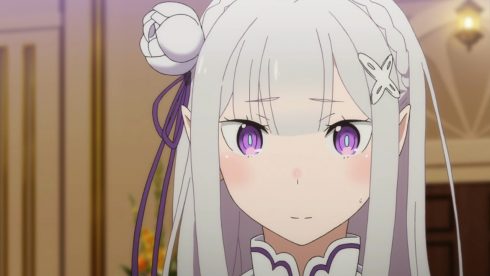 There was one interesting part of this episode (well more interesting). I did find the Emilia dream sequence quite odd and intriguing. Was that simply her nightmares from having been shot down by the village and how everything had gone badly this arc? Or is that somehow related to Subaru’s Return by Death ability? If it is simply the former then it does still tell us a lot about Emilia’s situation. If nothing else this arc hasn’t been kind to her, though it has been far easier than Subaru’s time of it. I do understand her feeling frustrated that everything is already decided…but there was no time to negotiate with her.

It was simply nice to see Emilia and get into her head a bit. She has been a very minor character at times in terms of actually seeing her do anything. Even if we know she is hurting and suffering from her treatment by others, I approve of the show remembering to show that. It would be too much if they kept repeating that kind of scene, but now and then is fine. Emilia is supposed to be the heroine of this story…so let’s actually make that the case. Puck’s words about being her ally alone really is kind of scary when you realize he would literally kill everyone if she died. 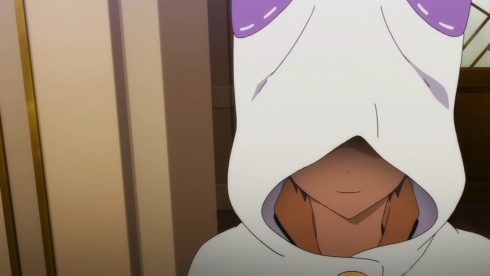 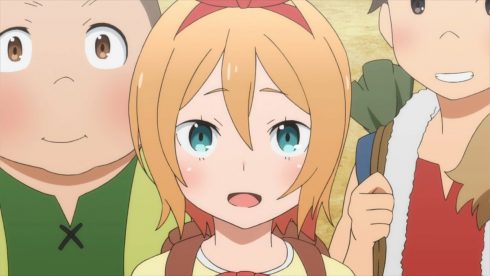 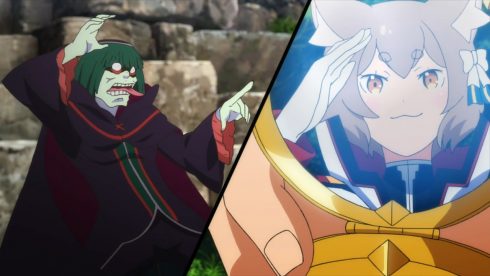 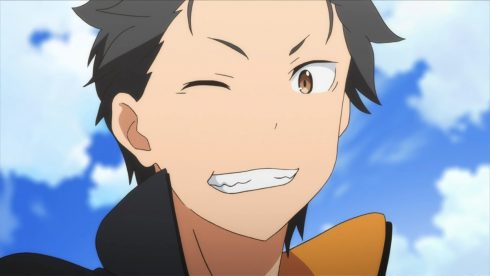 A nice move by Subaru in using that cloak to his advantage. It has been a while since that got thrown at him, but I’m glad he didn’t forget about it. Also a good time to explain how it works and why Emilia was wearing it before. That might also explain why she had to hold his hand since otherwise it’d become difficult for Subaru to recognize her. At least I presume that was part of the reason. Subaru knows it would become complicated if he pressured Emilia as himself. But giving good advice as a stranger allows him to make things work out. It also lets him look cool and down the road get more points with Emilia. A win/win scenario to be sure.

There was no lack of caution in the planning this episode. I really enjoyed Subaru after all this time being able to act cocky with Betelgeuse. He’s been able to at least move past the blind rage and get his revenge in a calm manner. Though does that mean Subaru really has recognized that the Witch is very likely the one bringing him back and making those threats if he speaks up? I suppose it’d be silly if he didn’t suspect that. And he didn’t lie to Betelgeuse. It really is like Subaru has this yandere that is Satella hanging over him. If he speaks up about “their secrets” then bad things will happen. 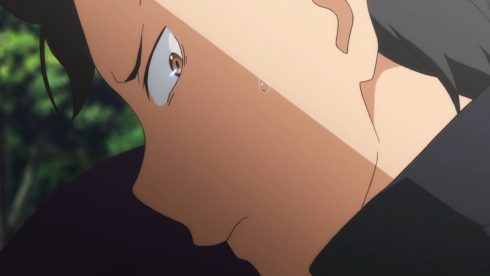 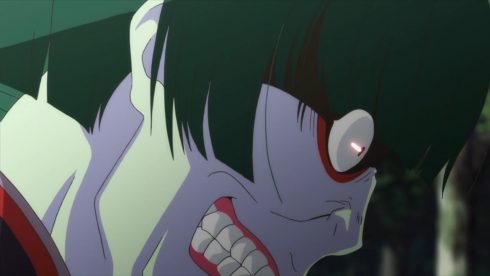 The last interesting thing was Betelgeuse giving away their plans. It does seem like they intend to use Emilia as a vessel for the resurrection of the Witch. Now one could say they are crazy, but in a show like this I think their plan could work. This might mean that Emilia isn’t necessarily directly connected to the Witch but simply qualifies to be her vessel. Although the concerning thing is that even if she isn’t qualified there is a specific date where they expect her to revive anyways. This is just the Plan A for bringing Satella back.

I am curious if they end up having an hour long finale…how they are going to pad that out. It doesn’t seem like a fight against Betelgeuse should last more than 5 minutes. Julius is good enough and has the vision to fight him. This shouldn’t be difficult unless Betelgeuse has a trump card that we haven’t seen yet and that he died before he could use. Sure there is the issue of possession, but I presume they figured that out. And while I’m sure some might say that Julius is fighting because they need to deal with possession…I still don’t see why Wilhelm couldn’t instant kill Betelgeuse and then have Julius protect Subaru. Suppose we will find out next week.