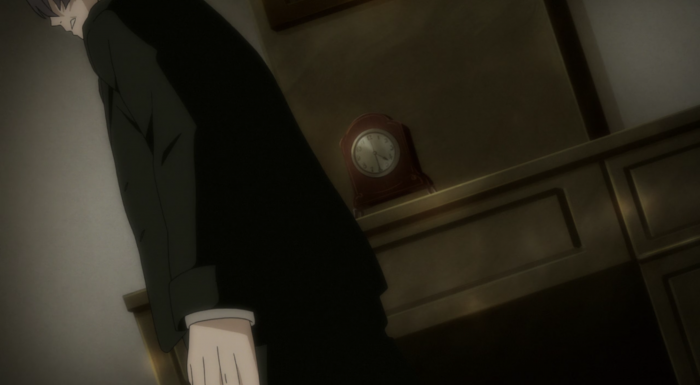 For an episode that’s packed with big changes, this feels like the calm before the storm, giving our two main characters a chance to breathe, think, and chat in a way they haven’t in while. The moral ambiguity and tension are thick as ever (as 91 Days‘s beloved canted angles will attest), but there’s very much the sense that we’re moving into the final act of our bloody tale. Fitting, really, given that the Vanetti’s new playhouse is about to raise its curtains for the first time.

A quick rundown of those big changes before we dive into characters and craft: Corteo gets caught by the Vanettis, but Uncle Ganzo (somewhat poorly) fakes Corteo’s escape so he can take Corteo hostage. Ganzo then delivers an ultimatum to Angelo: Either kill Nero in the next 24 hours, or Corteo dies. Thanks to a few stray remarks from Nero, Angelo puts some clues together and figures out Ganzo is the one holding Corteo hostage. Oh, and he’s totally the guy who wrote the letter, too. Mystery: Solved! And RIP, my Tinfoil-Hat Corteo Theory. 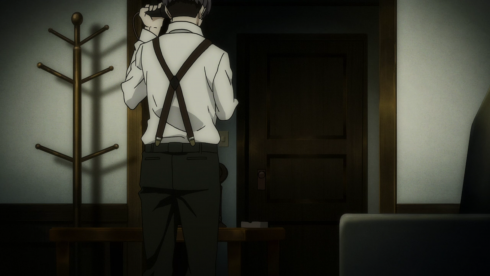 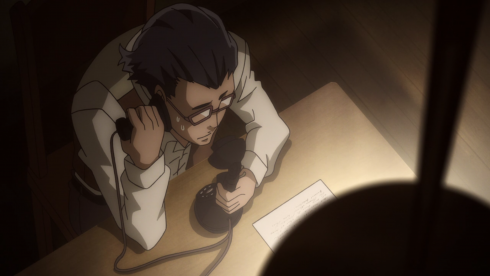 After last week showed us how Angelo and Nero appear to a relative outsider (Corteo), this week zooms in on our central pair again, taking moments to let their masks slip and show us they still possess vestiges of the fumbling, conflicted kids they used to be.  So let’s focus on them this time around, starting with our recently promoted mob boss.

Nero’s rise to Vanetti Don puts a capstone of sorts on 91 Days‘s running conflict between the older and younger generations. Although, while Nero does take the throne this week, it doesn’t feel like much of victory. Really it just feels like the younger generation imitated the older one until the older one accepted them, ensuring that the same bloody history would keep repeating itself.

This might not be so bad if we’d seen anything resembling humanity out of Papa Vanetti, but all evidence points to him being a callous kingpin who values the idea of family more than the actual humans who comprise it. In case his willingness to have Nero killed (almost forgot about that, huh?) didn’t tip you off, this week he tells Nero that he “did the right thing” by killing his brother because it was the only way to appease the Galassias. That’s the same kind of cowardly logic Nero berated Frate for, but here it goes unchallenged. Father knows best, after all. 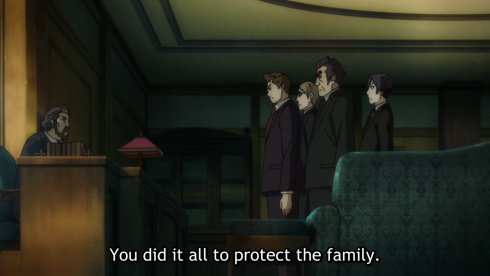 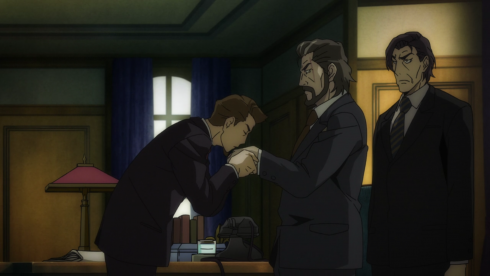 I’ve never thought Nero had the cunning to be a mob boss (he’s charming and inspires loyalty, but he trusts others too easily and rarely plans more than one step ahead), but his confession to Angelo makes it painfully clear he doesn’t have the stomach for it either. That should be a good thing, as should his inability to shoot any of the Lagusas (#NeroDidNothingWrong!). Instead, Nero sees it as a failure, a disappointment, and so he’s spent the last seven years driving further down a road he didn’t want to travel, all so his dad would acknowledge him. He and Frate were more alike than his little brother ever knew.

The question here–and the question that’s been with 91 Days from the beginning–is at what point does the monster mask stop being just a mask? Nero couldn’t shoot the Lagusas, but he did eventually become a killer, using his dad’s “protect the family” mantra (a line that grows more meaningless every time someone says it) as justification. Given last week’s attack on Delphy’s family, has Nero become the unflinching child murderer his dad wanted him to be? And does that make him fair game for Angelo’s revenge?

Nero doesn’t seem to think so, although the sad irony is that he wishes it were true. Despite what his dad thinks, he didn’t kill Frate as part of a calculated plan to earn the Galassias’ favor. It was knee-jerk self-defense. And Nero, again, sees this as a weakness, as proof that he “hasn’t changed” since that first job. He confesses it to Angelo as if he’s ashamed of it, as if he thinks his humanity is something he needs to stamp out. Angelo, meanwhile, thinks he already has stamped it out. 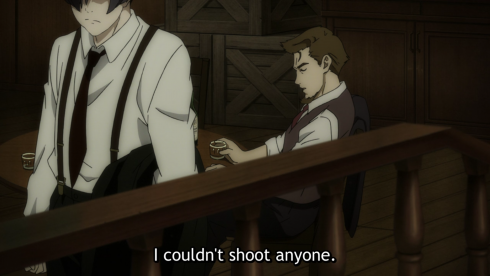 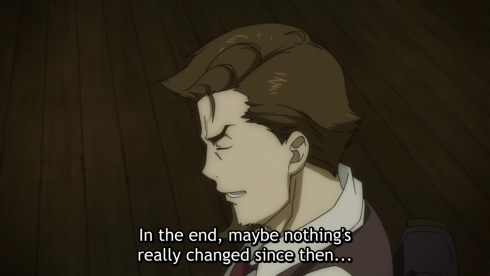 …Or maybe Angelo just wants to think that. If Nero’s story is a straightforward tragedy–a son reluctantly emulating his toxic father in order to gain his approval–Angelo’s is all twisting paths and labyrinths with no clear end in sight. He’s enigmatic as ever, but his mask does start to slip this week, and during a few precious moments of solitude it falls away altogether, leaving him frustrated, frightened, and fighting through guilt. Angelo knows exactly why Corteo tried to have Nero killed, and why Corteo refuses to tell the Vanettis anything. Even now, Corteo is trying to protect his friend.

A lot of Angelo’s character is conveyed in actions–he was ready to break Corteo out himself (and likely throw away his shot at revenge) if Ganzo hadn’t done it first–but the camera also does some top-notch work this week using objects and scenery to convey Angelo’s growing panic and worry for his friend. The phone sitting next to the pile of cigarette butts and the many ticking clocks show his anxiety, his constant awareness that time is running out. The broken windows and lanterns reflect his plans shattering, his confidence coming undone.

There’s a particularly affecting little callback to last episode, when Corteo was waiting for Angelo to come home (he never did) and the camera kept flashing to the empty bedroom the two used to share. Angelo at last returns to that blue room this week, only now it’s in shambles, torn apart by the Vanetti men. The haven he abandoned has now been destroyed; there’s no home, no safe space, for him and Corteo to return to, not anymore. 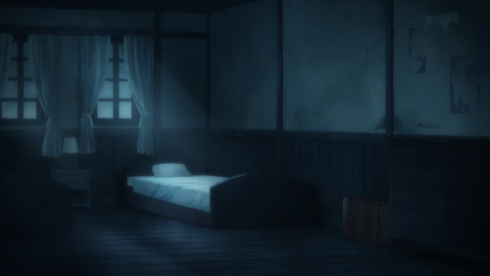 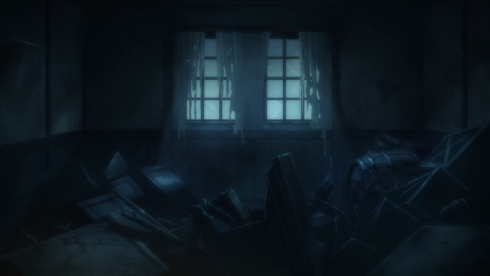 Then there are, of course, the constant shots of that ham–first with the switchblade stuck in it and then with the switchblade missing, quietly pocketed by Angelo–letting us know just how seriously Angelo considered killing Nero. Had Nero not mentioned Ganzo, I suspect our Fated Showdown would’ve happened a lot sooner than planned. But Angelo gets his clue and gambles Corteo’s life on it, choosing to spare Nero and confront Ganzo instead. His suspicions are correct, although Angelo is 15 minutes later than he was supposed to be. I’m guessing his wager didn’t cost Corteo his life, but until we actually see the poor kid again, I’m going to be worried about him.

So why does Angelo go to such great lengths to avoid killing Nero, even though he knows Corteo (again, someone he pretty obviously cares about) could wind up dead for it? My thoughts on this change about every five seconds. Could be it’s tactics: If he kills Nero, he likely loses all access to Papa Vanetti. Could be stubbornness: He refuses to dance to the tune of some shadowy puppet master who’s holding his friend hostage. Could be simple curiosity: He wants to find out about the man who sent the letter before he completes his revenge. Or it could possibly, just maybe, be affection: That Angelo really has developed a complicated bond with Nero, one he’s unwilling to sever just yet.

Everything is anxiety and ambivalence this week, but the puzzle is starting to come together, piece by grim piece. Next week we have Ganzo to deal with. And after that? Only Angelo knows the next step in his plan–and even he might be at a loss at this point. 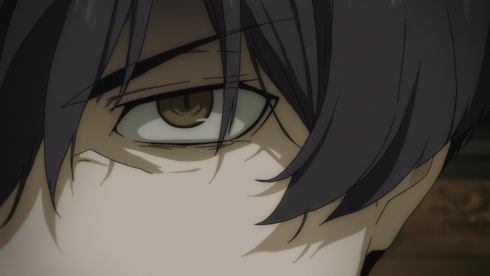 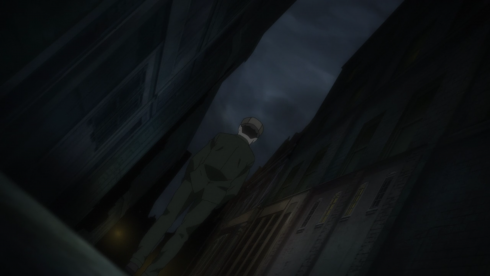 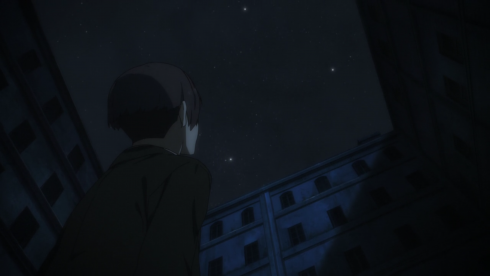 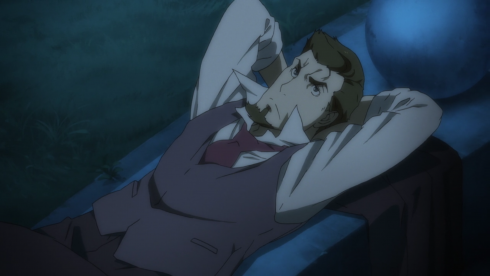 Scheduling Update: I’m off to Londontown for a week-long holiday, and that includes all blogging assignments! I’ll try to get you the next 91 Days write-up by Tuesday/Wednesday, but if I can’t swing it then I’ll just roll Episodes 10-11 into a single (probably novella-length) post. We’ll play it by ear. I’ll keep you posted on Twitter, so feel free to follow me there for more. Talk to you all again soon-ish!