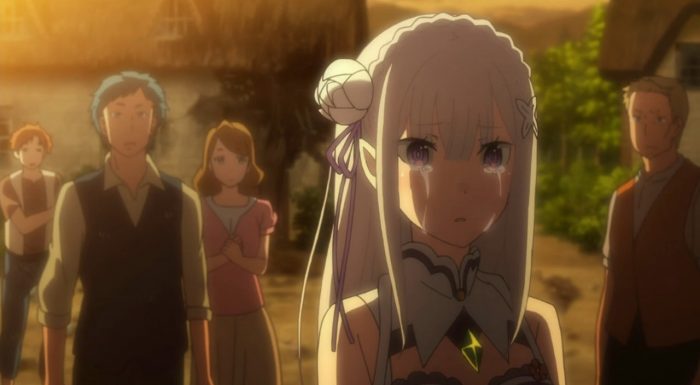 Hang on a second there Re:Zero, I don’t think we have the time to actually do this. That’s the only thing that makes me hesitate to believe that the episode really ended the way it appeared to. There just isn’t enough episodes left to actually have Subaru die and reset again. Unless they completely intend to throw this plotline away and go another route entirely. It took a long time to defeat the White Whale and get out here. Even if Subaru has his mindset and focus ready to go, he doesn’t have the time to actually go on this entire hunt again. 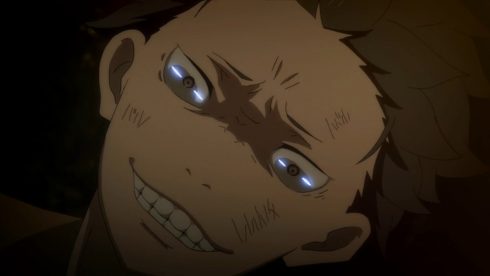 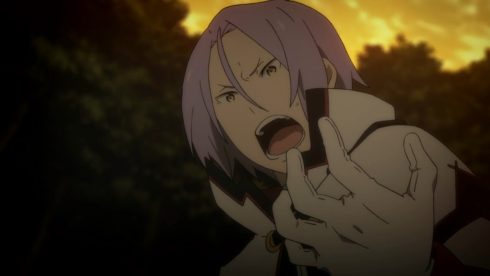 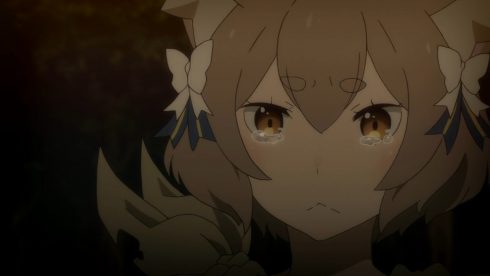 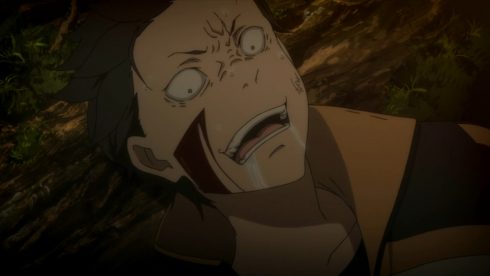 Which leaves me curious about just what is going to happen here. It was an incredibly emotional ending to the episode, but one where I’m still not sure what will happen. Subaru can’t die here. It isn’t just that he’s on the victory lap and he doesn’t die on those, but the show itself doesn’t have time to do this again. I can’t imagine the series would end either during an incomplete arc. So assuming Subaru doesn’t die or his reset point has been moved, just what is going to happen? My bet would be that Betelgeuse will use the hidden hand to protect himself somehow and keep Subaru alive for the time being. That would lead to an interesting issue where they have to hunt Subaru down and find a way to save him.

It’s kind of a shame we have an episode count since it does kind of give away what can and can’t happen here. A couple episodes left would be more than enough time to go with that kind of plotline. It also would actually bring Emilia back into the story and maybe Beatrice as well. Getting the group together to find a way to drag Betelgeuse out of his body. His abilities aren’t unbelievably dangerous to those who know what he can do, so the story needs a way to create more difficulties for the good guys. Making them unable or hesitant to kill the enemy is a good way and also creates an ironic last boss for the anime. 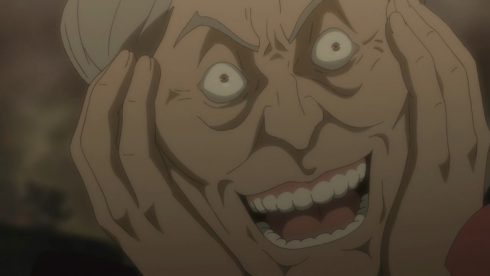 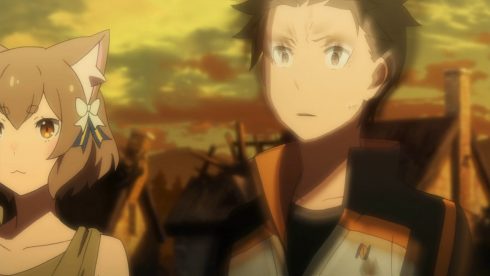 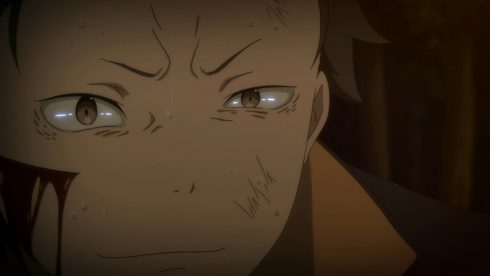 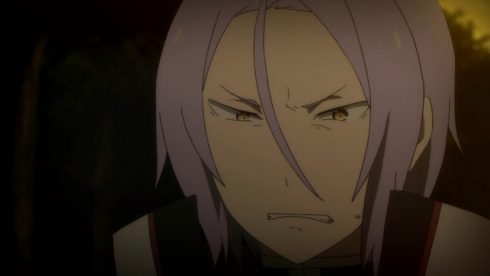 I will say that the show did a great job as always to catch me by surprise. That Betelgeuse would be able to take over Subaru’s body didn’t occur to me. Mostly since he’s not actually a member of the Cult (as far he or we know) and the fingers seemed loyally following Betelgeuse. But, I guess this confirms that he can create these fingers via mind control or possession. And Subaru stupidly taking that gospel is likely what triggered or allowed him to be possessed. Sometimes people freaking out over things via superstition….is valid. Whatever the trigger, this is a bad situation to say the least.

We can’t take Betelgeuse acting defeated as a given. In fact I’d be more concerned about Felis and Julius getting killed because they lowered their guard. It’s of course an interesting fact that this is the most suitable body that Betelgeuse has ever found. Not all that surprising though since we can tell that Subaru has a special connection to Satella and is there for a reason. I just can’t buy that Subaru/Betelgeuse will get killed and have to reset again. There just isn’t enough time left. 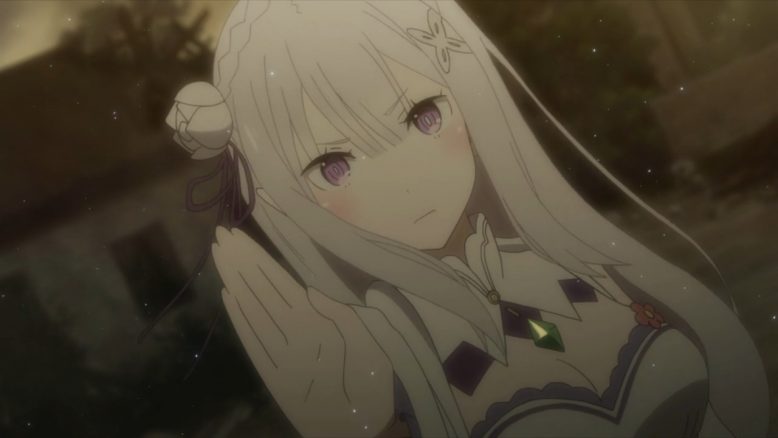 Somewhat ironic as well that it is in the first and last few episodes that Emilia gets a chance to shine. For the vast majority of the show she’s basically been sidelined. Kept in the mansion doing her preparations, being kept out of the action by situation, or simply not being around at all. Sometimes it is hard to consider the main love interest in the show…a main character. Kind of a refreshing though strange feeling seeing her actually get to kick ass. A moment of “oh right, she’s actually really strong.” She held her own for a reasonable amount of time against Elsa and isn’t some weak or dainty flower. One thing I wish would happen is Subaru remembering that and giving her the respect her abilities demand. It is fine to love someone and want them to be safe, but recognize what they can actually do.

The fight was both fun, but also a bit strange. Was I the only one thinking that Emilia was acting a bit out of character? She certainly wasn’t throwing around such cliché heroic lines against Elsa. Plus the whole line about being grateful for him being defeated. Was that just Emilia being glad the fight was over? I don’t buy that there is more going on with her or that she’s secretly a villain, but that seemed a bit strange. Heck during that fight shouldn’t she or Puck have been saying things like “I’m not the/a witch”? I suppose trying to correct a psychopath is pointless though. 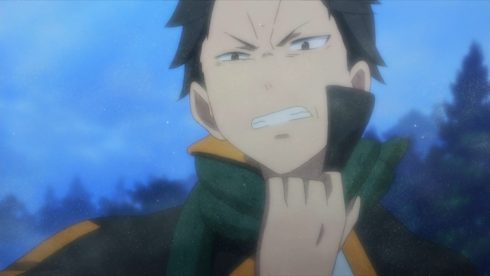 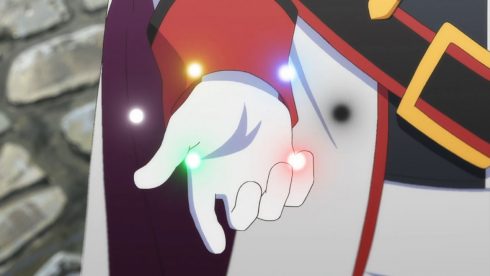 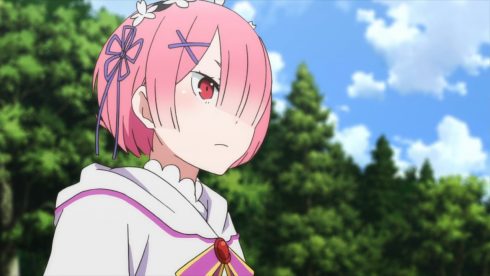 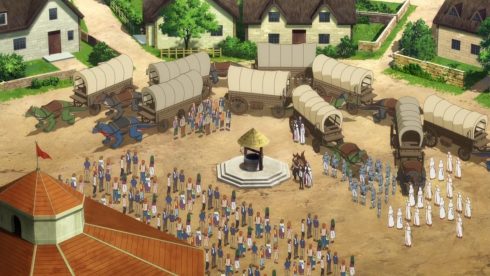 I’m also pretty confused about the situation with the letter. This episode is kind of a series of confusing moments. If Ram got a blank letter….then why did Emilia go to the village to warn them? Did they get a legitimate message or not? Or did Emilia go to the village despite getting a blank letter? Maybe the show made it clearer, but I didn’t pick up on it. Either way that explains why Ram did something so over the top (though surprisingly effective). Too bad she constantly gets killed by the Witch Cult since she’s good at dealing with groups. Not surprising with how utterly loyal she is to Roswaal that she’d get really pissed at the idea of Subaru betraying him (by proxy of abandoning Emilia).

Regardless it gave Julius a chance to show why he’s here. Good use of lesser spirits to help get everyone back up and moving. Though again a very weird situation where Subaru reacts intensely to a type of magic. It’s like when his gate went nuts and he used way too much. It was like he was getting wiped out or erased. Maybe it was kind of foreshadowing that Subaru is sensitive to mental attacks? Though a point also being made that Subaru does have potential or may have potential in spirit arts. Not that this is something he can pick up overnight and the series probably won’t give him a year or two without some major attack so he can improve himself. 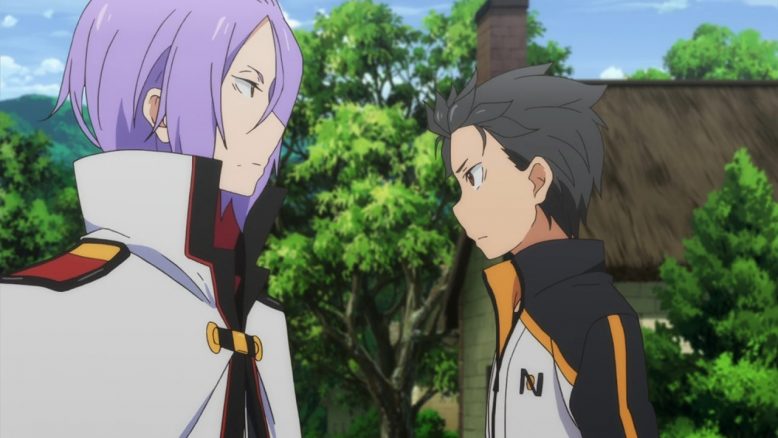 Both of these guys have good and bad in them

We still haven’t gotten to see Julius really fight anyone. If the guy is proud in balancing his spirit usage and his sword…let him do something. Like with Crusch the show is trying to basically back off of a bad showing from a character. And like with Crusch I don’t plan on letting it. It is fine to say there is more to Julius than being a proud jerk who beats up on those weaker than him or gets so caught up in his own pride that he bullies someone he knows he can easily beat. And there is more than that, but we can’t forget that side also exists and should be judged.

Doing something good in the present doesn’t erase something bad in the past. We’re not looking at characters from a “what have you done for me lately” perspective. These aren’t sports players up for a new contract. The good things shown in this episode, shows that he is a decent person. But it also shows he’s a decent person who can be an arrogant jerk. It’s just taking the full picture of a person. Good qualities and bad qualities, not forgetting one or the other exists. It’s not like he learned or changed from what we saw at the early part of the arc. How he views or acts around Subaru has changed, but Julius himself hasn’t. 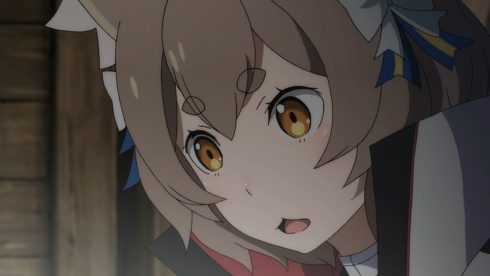 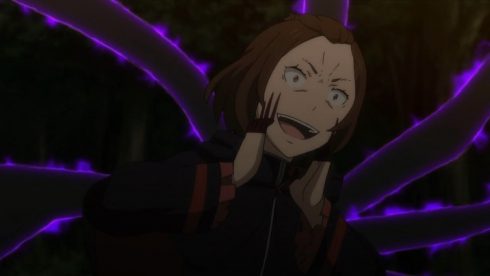 A good episode with some surprises. I did think for a moment after the suicide bombing that Felis had been killed. That totally seemed like a thing the show would do in showing his head…and that nothing was attached. Instead Felis was fine and just really lost clothing in the attack. Plenty of other things I didn’t get into much depth on either, such as Wilhelm going down. It shows how utterly difficult it is to fight something you can’t see. He had to focus intensely on the hands and didn’t consider other weapons.

The ending itself creates a lot of uncertainty, though I can’t imagine Subaru dies here and has to reset. Subaru surviving and escaping would allow for a much more interesting lead into the next episode. If they go that route then I’ll be curious to see how this all plays out. Might make a bit more sense when looking at the OP as well. Will things turn out alright or will this arc have a surprisingly tragic finish to it? I’m not sure, but it will be interesting to see.