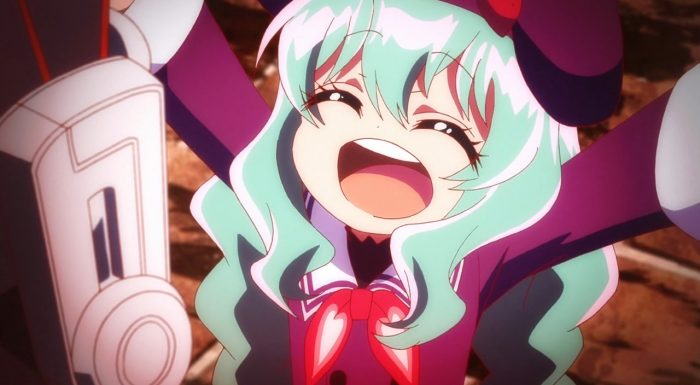 There was a fair amount of activity in this episode as the show seems to be heading into its anime-original arc. Time has clearly passed for the main cast and that creates a new status quo. It was interesting to see this new “team” working together against what is clearly more dangerous kegare. It is clear that things are getting more dangerous and that something will have to be done. If I was following this right, it’s been about 2 years since the last episode. Not quite since it was mentioned 2 years since Benio and Rokuro moved in together and a fair amount of time passed before this time-skip. For Mayura to get involved, a time skip was likely needed. It would take some amount of training for her to go from a civilian to an onmyouji.

It was a little bit difficult picking up on the time skip initially since they don’t look that much different from before. Rokuro and Benio seem pretty well themselves, just a bit taller. It makes perfect sense that Rokuro is kind of blossoming in high school as well. He’s returning to the guy he was before that tragedy. The previous Rokuro was a pretty popular guy amongst his peers and had a great deal of confidence. Sadly for the girls…they really out of the running. They had to get in on the ground floor and missed their shot XD. 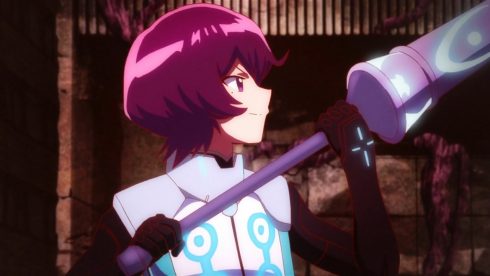 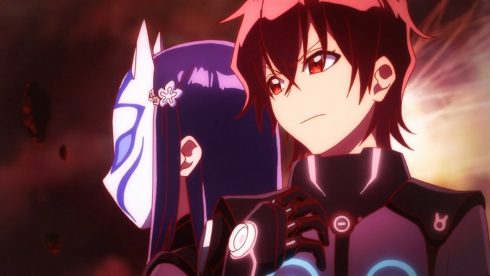 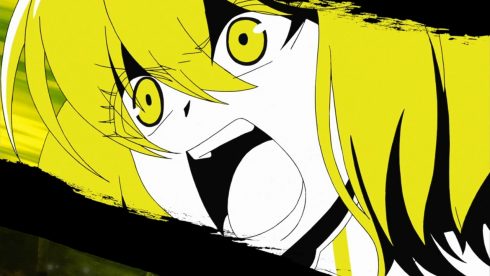 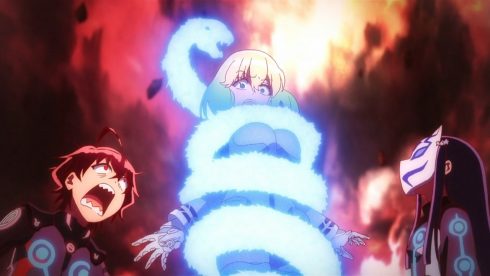 I do think a certain amount of time-skip was necessary. There was only so much growth in ability that Rokuro and Benio could do as they were. Although considering this is shounen they are bound to have massive leaps in power before they get another time skip. Also it is hard to put a gun to them about the kid thing if they still have a couple years. Now that time has passed they are getting closer to the point where they need to have caught up to the 12 celestial guardians. How close they are…I’m not sure. They weren’t really tested too much in this episode and hard to say how much stronger they really are.

What this does do is allow Mayura to be part of the group and also allow for the relationship to develop. It would stay bit awkward having middle-school students talking about having a kid. At least for high schoolers….it’s not as far off. Although I think the idea that they’d push Benio to have a kid while in her first years of high school is pretty nuts. It was interesting to see what Mayura could do…and what she can’t do. I sure hope they didn’t add her to the group simply for fanservice. We get it guys…Mayura has a large chest. An occasional scene is ok, but hopefully they don’t make her too silly. It is kind of crazy that she’s at least caught up in terms of spell power. That’s the daughter of one of the (previous?) 12 celestial guardians for you. 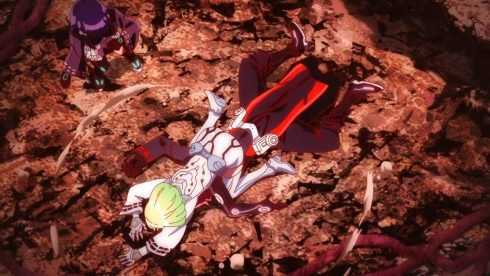 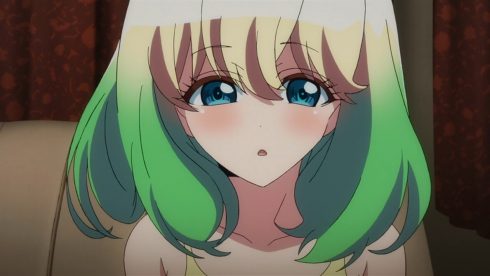 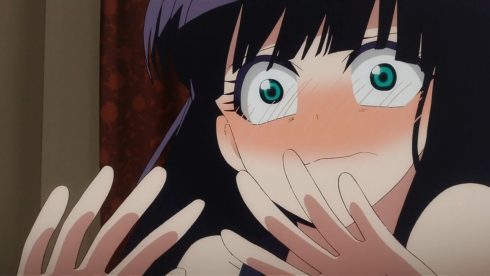 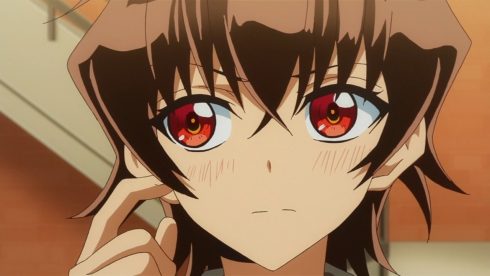 What I do like is that Mayura is being respectful. I think even she realizes that she’s out of the running. Sure she has a line about “what could happen if I get serious”, but she’s not going to. After a couple years she is way too good a friend to Benio to step in like that. I think she’s also smart enough to realize where Rokuro’s feelings are. Both Rokuro and Benio are innocent enough that they haven’t pushed the relationship very far physically, but emotionally they are pretty close. I do think she just tried to give Benio a friendly push and there is nothing wrong with that. Being too stagnant wouldn’t be right for them either.

Just goes to show that they can actually have a conversation about the future and having a kid. That’s a pretty serious topic, but they managed to handle it. Benio did back up at the very end, but neither of them are really going to forget this conversation. I suppose depending on your personal view, Benio’s anticipation of having a kid is either heartwarming or a bit unsettling. She is still pretty young, but of course her position is nothing but an extreme one. She has had to keep that in mind because if they don’t get the job done pretty soon then they will have to settle down and have that child. And really considering how close she is with Rokuro, it’s not something that necessarily worries her. I don’t think she could imagine starting a family with anyone else at this point. 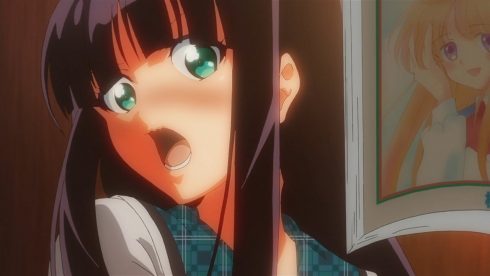 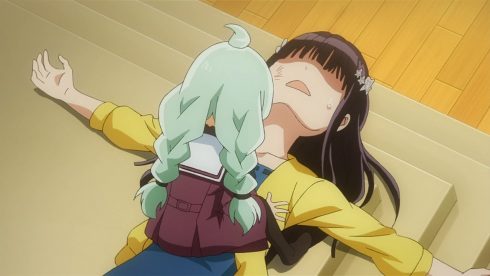 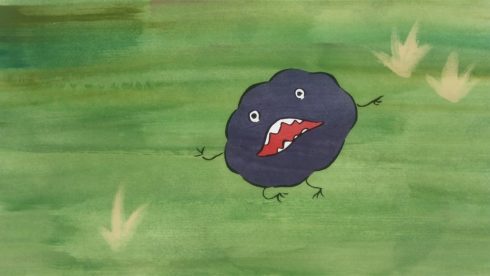 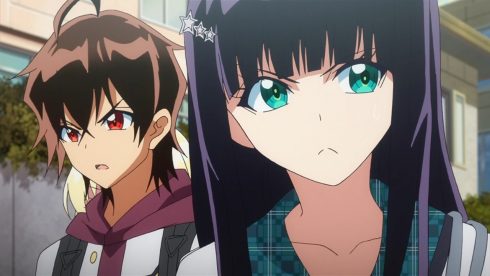 Now of course we have this new character Sae entering the picture. There is obviously a lot of suspicious qualities to this girl. Seems very much a kind of blank slate and thus giving a strong suspicion to having been created. Though created by who is the tougher one to solve. Was it the Basara, Yuto, or even Arima’s group? You just never know when it comes to the individuals and factions out there. I can’t imagine she’s a real kid who was just dragged into this. Her initial actions were one of mimicry. She mimicked those that smiled and Benio who didn’t. She started to speak after watching television for a short time and even seemed to be able to memorize books nearly instantly.

It feels like this kid is some kind of experiment. I kind of lean to Yuto or Arima due to the fact that she calls Rokuro “papa.” I’m not sure the Basara would intentionally create this kid and send it to the Twin Stars…though you never know. Certainly I’m not happy at the idea of being unable to trust that this kid is a real person, but it just feels like some kind of test or trick. The show may end up surprising me, but right now that’s just how I see it. 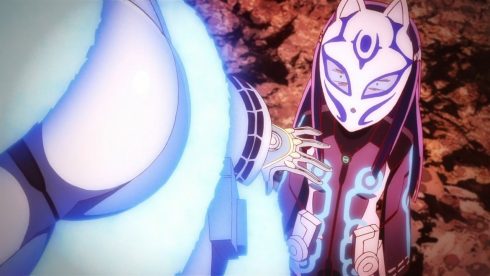 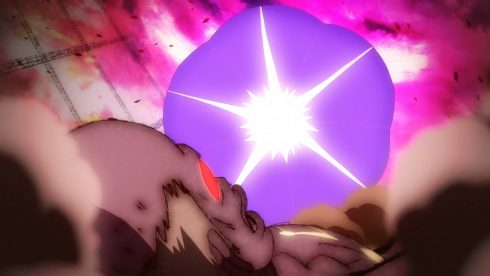 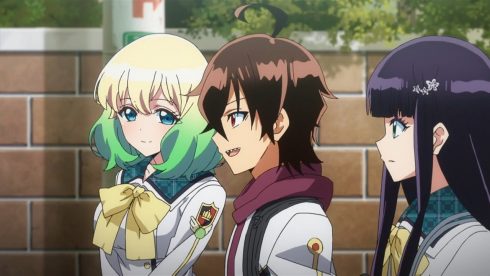 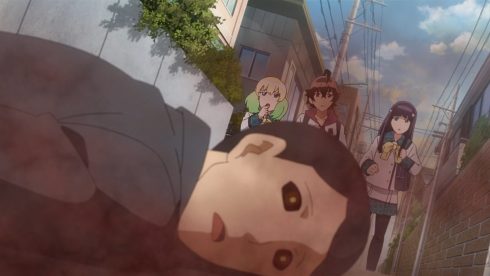 I think this was a good start to the next arc. Certainly a good time to handle something like that with a time skip having happened. We are getting to know the new status quo a little bit. I am surprised that we didn’t hear anything about Yuto. If someone like him is still laying low that either means he has a major plan in the works or took some incredible damage. That nothing of note happened over the last couple years is surprising, but you do need to pretend like that in order to make a time skip work at all.

I’m definitely curious about that hole that the onmyouji noticed and just what is going to happen with Sae. The ending showing those people going down (due to some kind of miasma in the air) definitely signals the next struggle ahead. That talk about an epidemic is of course going to be tied to magano and the kegare somehow. If things are starting to leak out into the regular world….that’s not a good sign.