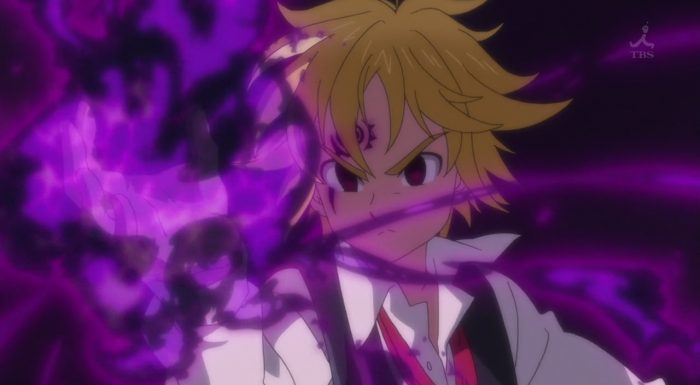 It is certainly nice to have Nanatsu no Taizai back for a few weeks. This only being a four episode mini-arc that appears to be in place to bridge events from the end of season 1 to the start of the next season. It will be almost entirely an anime-original story, but I’m quite looking forward to it. This allows them to keep the show fresh in people’s minds and also give the proper setup to what will be the next big story arc for the series. Since that arc isn’t completed in the manga yet this can fill the gap of Nanatsu no Taizai anime in the meantime. 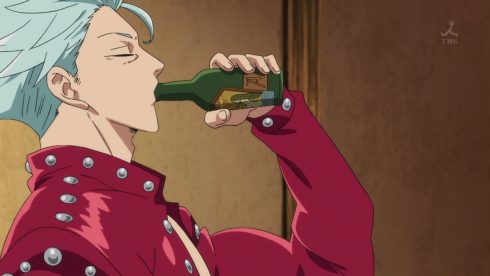 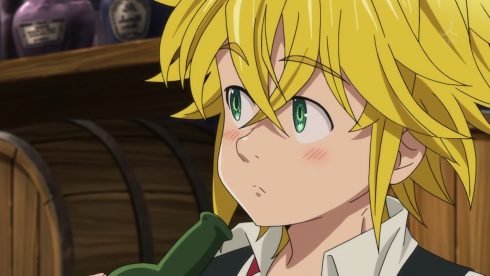 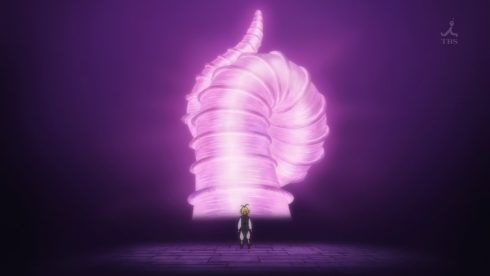 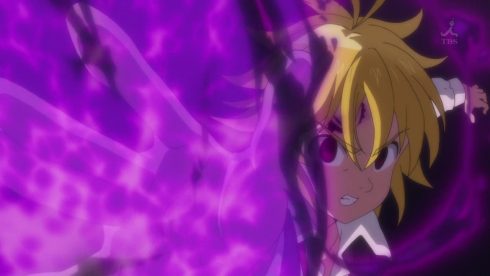 This was a pretty light-hearted episode at times, but with a few serious moments in there. The end especially was really good. I liked seeing Meliodas confront the horn of the goddess clan. It makes sense that he’d be quite pissed and seek this thing out. That horn basically offered Ban what he wanted most in the world and created a situation where he’d fight Meliodas. Turning one of his comrades against him isn’t something that Meliodas would be able to laugh off. Especially as he considers that offer as being a lie. If it was then it certainly shows how you can’t trust the goddess clan despite their name.

Certainly isn’t going to lose that feeling since it seems like Meliodas and Ban will be settling that fight. Although I can’t imagine that Ban is willing to actually kill Meliodas now that he’s had time to think. Still, that fight was ended because of the emergency and Meliodas pulling the Captain card. I can understand a need for them to basically get this out of their system. I am curious as heck as to how this will all wrap up. 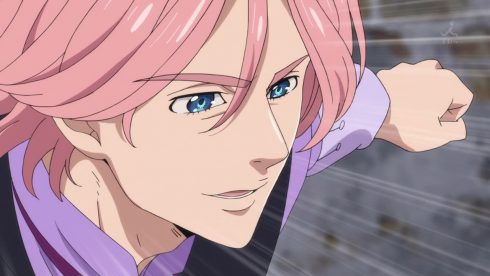 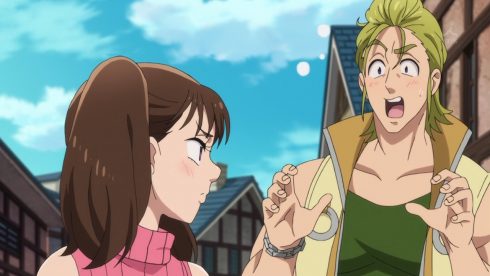 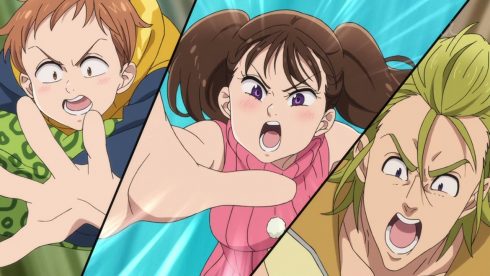 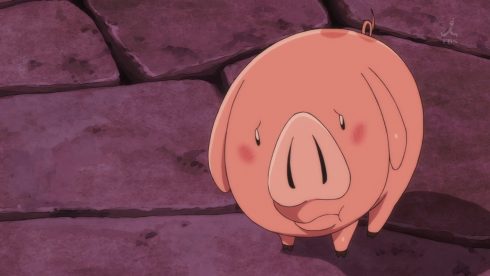 The majority of the episode was rather light with the cast chasing mini-Hawk around the city. Kind of silly that they couldn’t catch him, but it did lead to some comedy so that’s alright. Some pretty simple comedic moments in this episode. One of the jokes being the running gag that Howzer and Gilthunder couldn’t get Hawk’s name right. I suppose King could consider this day a win….I’m really going to assume that was entirely intentional. There was no way he was aiming for Hawk in that situation.

They are having a bit of fun with the idea that both King and Howzer are interested in her. Their entire focus really being to make sure that Diane doesn’t win that bet so she can’t go out with Meliodas on a date. Although the end result being that they both wandered around town with her so…sort of a date anyways. 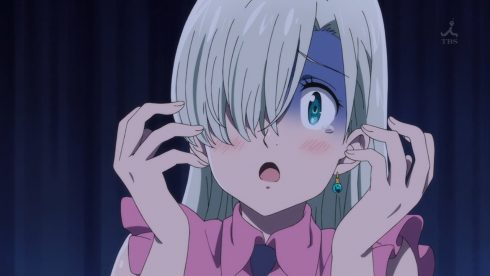 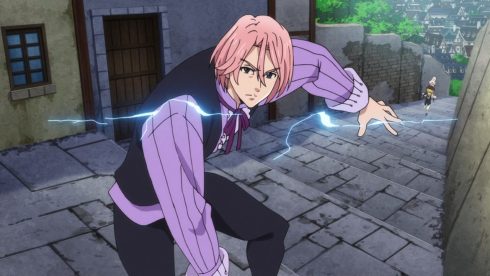 This episode was a lot of aftermath and just giving nods to what happened in the first season. I think in some ways this was both a first episode and recap at the same time. They made note of things like Gilthunder’s action in the first arc and how he is planning on taking responsibility for it. It is true that Margaret was in great danger, but he caused a lot of harm to others. I’m not sure it’s a good plan to basically further punish Margaret though. She was locked up in a prison and knew Gilthunder was doing terrible things and bowing to the enemy in order to protect her. I do think he should go around and help people as much as he possibly can, but still try not to distance himself too much. 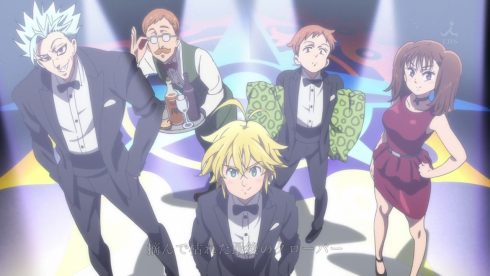 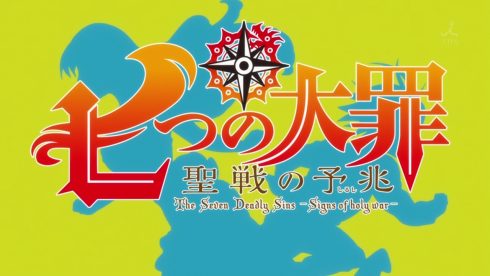 It is kind of nice that the intro before the OP is pretty similar to the one before. Something very clear is that a much bigger battle is on the horizon. We’re not going to see that fight in four episodes, but this season can definitely set up what is coming. Even the title of this season has the subheading of “signs of holy war.” A holy war is definitely on the horizon as the King foresaw. It is kind of funny to see the cast wearing suits and more modern dresses. Something we’re definitely never going to see them wear in the show itself, but since it’s the OP….why not.

There are some very interesting images shown off in the OP. The kind that are “holy crap” for those that know what is coming, but shouldn’t mean anything to those that don’t. It’s a good kind of imagery to use in an OP. It doesn’t spoil anything, but is a nice nod. The song itself was nice. I’m not sure if it’s better than the original OP, but I enjoyed listening to it. 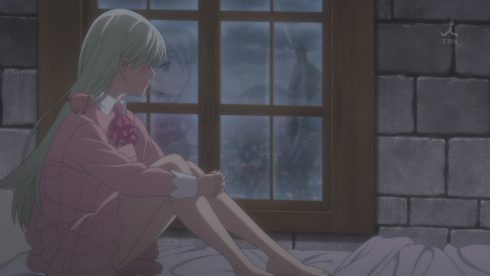 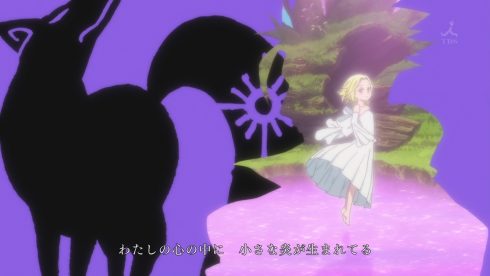 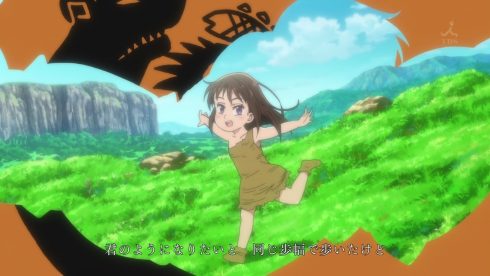 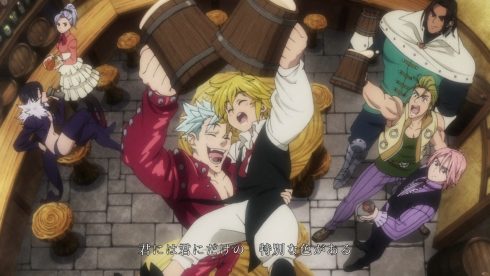 The ED was really nice in my opinion. The softer tone really does hit home that all these characters have been through so much. Little images being shown off for various Sins like Ban or King. A reminder of how much has been lost. Ban is constantly feeling the pain and loss of Elaine. It hurts so much that he was initially ready to fight Meliodas to the death to revive her. Another image showing off King and a much younger Diane. We know they had a history and that she doesn’t know anything about it now.

A lot of nice images that shows you how close these characters are. They have some strong bonds (some stronger than others), but they also have a lot of loss and pain in their backgrounds. They’ve all done things or taken the blame for things that earned them those titles as Sins. 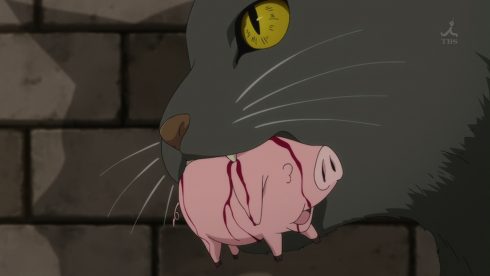 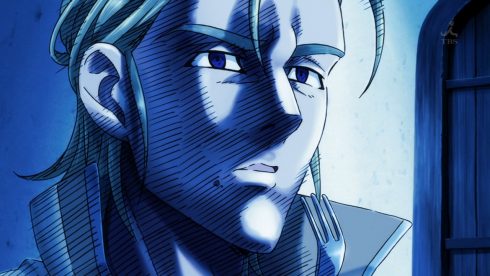 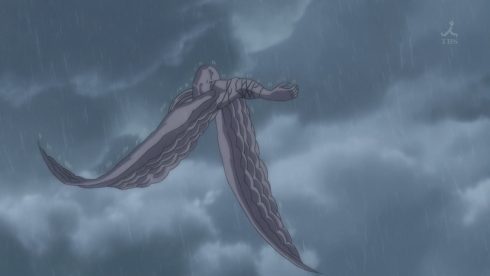 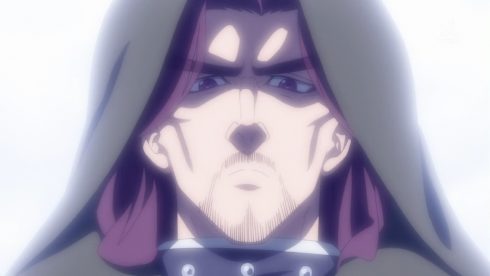 There is a pretty big hint here as to some dark moments ahead. It was a brief shot, but that was definitely the arm of Hendrickson. If that thing is flying on its own….he’s not entirely dead. Not that he’s in particularly good shape after being almost entirely obliterated by Meliodas’s Revenge Counter. Another important person to appear was Dreyfus. Someone who we thought was killed by Hendrickson. That he’s alive and following that arm….is quite interesting. If he was alive wouldn’t he have told someone? Hard not to think there is more trouble on the horizon here.

I’m pretty happy with how this first of four episodes turned out. It re-introduced the cast, told some jokes, and started to build on some loose ends. There was plenty of loose ends after season 1 and I’m fine with using these episodes to create some hype for what is coming. I will cover the remaining 3 episodes, but how quickly they come out depends on the availability of subs.