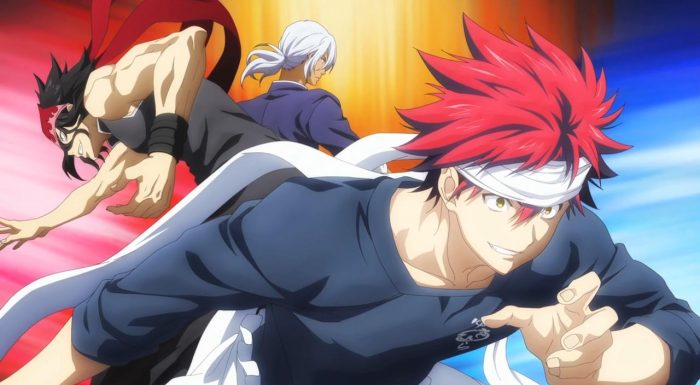 That there, that was an entire episode of build up. An entire match,  running 24 minutes, was dedicated entirely towards the big cliffhanger at the end. So, whatever payoff and conclusion is planned for the next episode? You better hope its worth it. And while the ninth episode of Shokugeki no Soma will most likely be surmised as an appetizer, simply leaving it at that is probably doing the episode itself a disservice. This week’s episode was another example of the show firing on all cylinders and was an absolute joy to watch as it unfolded. 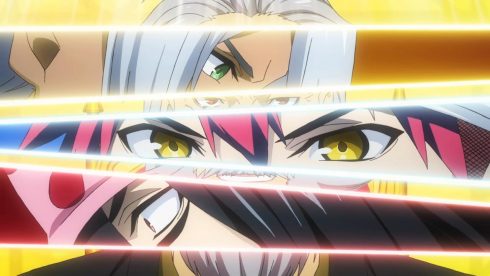 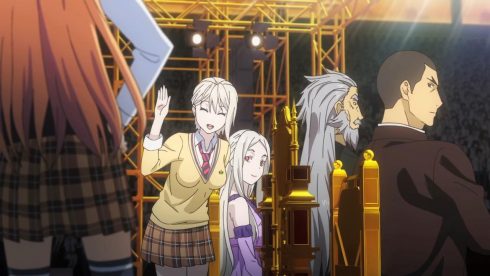 I actually don’t have a lot to say about this episode on a deep level, it was just a typical solid Shokugeki episode. Both of Soma’s opponents presented exceptional dishes, and both of them went before our main protagonist. Ryo used his history and connection with Alice to create a spin on the famous Aqua Pazza, called the Cartoccio. Hayama, meanwhile, went the other direction and created a Carpaccio with Saury as its main, and used the Japanese sauce base kaeshi, before searing it all right in front of the judges.

What was interesting to note here, is that both Ryo and Hayama actually went out of their comfort zone and added a new twist or technique to their repertoire in order to evolve and one up one another. In a lot of ways the majority of this week’s episode felt like a round two of the Ryo and Hayama battle we saw two weeks ago. They both were pretty darn great and created some really imaginative and impressive dishes, and it all came down to them seeming to be more or less equal. 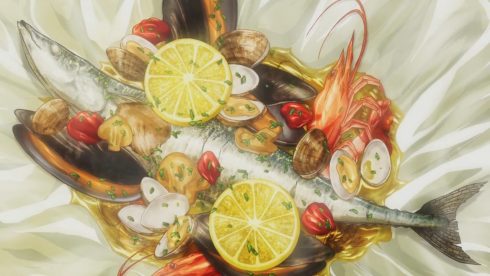 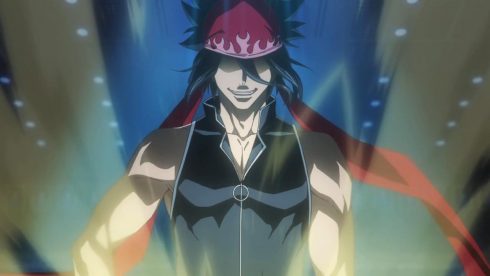 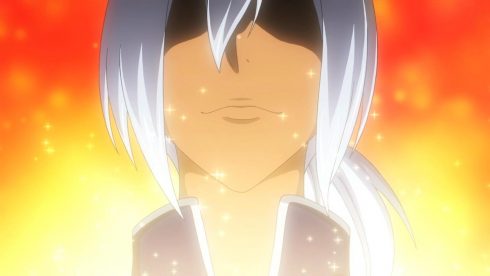 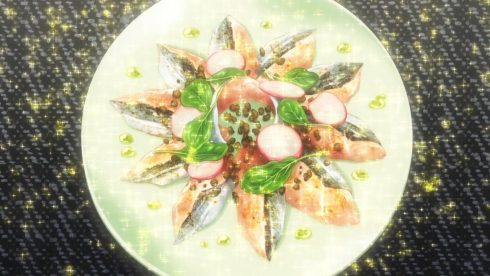 I’d go as far as to say, in fact, that this episode was the Hayama vs Ryo fight done right. It actually felt a lot more even this time around, and both dishes felt imaginative, creative and highlighted each particular character’s strengths and abilities, while giving them room to grow. But while it was fun to watch, I do still question the actual purpose of having both Ryo and Hayama in here. I suppose it’ll be a bigger deal when Soma ultimately defeats both of them, but that particular idea is still muddying the battle itself.

Its just hard to really hone in on who to root for, when there’s three characters here, and where there’s no clash to focus in on. Soma almost feels like an outsider here, a third wheel to the unresolved battle that Hayama and Ryo seem to be finish off here. Which is a shame, because I feel like this final should be about Soma and his opponents, rather than his opponents having their battle, and then potentially being defeated by Soma in the end. 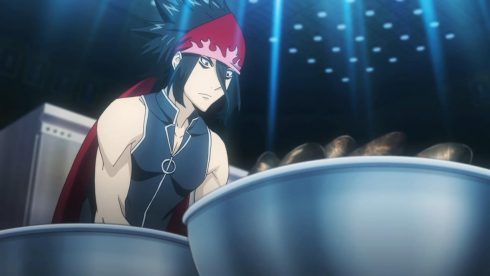 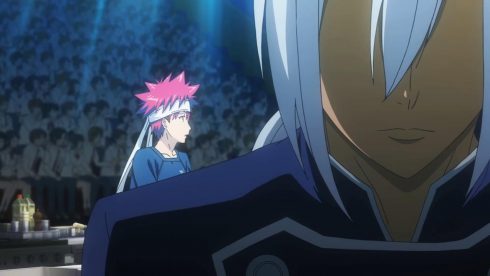 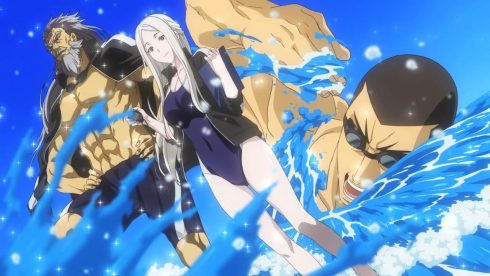 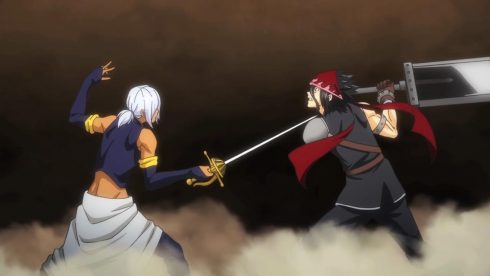 I mean, Hayama and Ryo both brought interesting dishes, reactions and things to the table, but they also took up a lot of time in the episode. The breakneck pacing of this season was definitely most evident in this week’s episode, and a lot of it was because it basically shoved in three “presentations” in one episode. We had both Hayama and Ryo go this episode, and we had each of their dishes judged, commented on, and “Reacted” to. If this was season one, then we’d have probably ended at around the second of the three dishes  was seen and Soma’s big unveiling would’ve come next episode.

We didn’t get that though, and Soma himself actually went and presented his rice based saury dish in the last few moments of this episode. I’ll be the first to admit that I didn’t personally get the whole idea behind the “Nuka” and how the fermented Rice bran was such a big deal. But what I did get, was what a rice based dish probably means for someone who is Japanese. 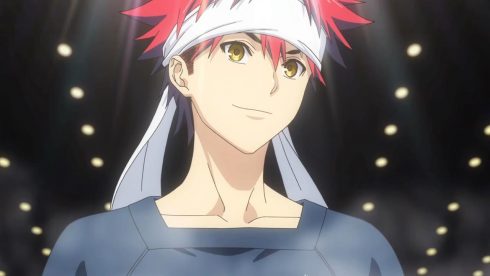 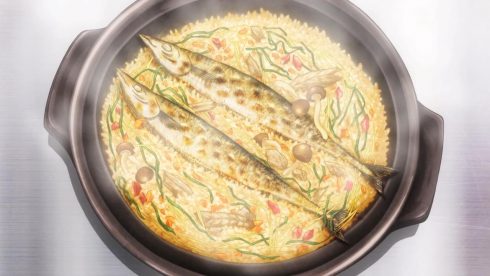 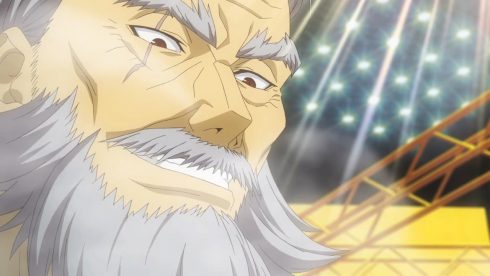 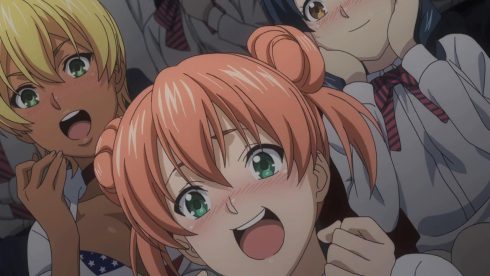 Rice is a staple in Japanese food, so to have a dish that basically elevated, used and was even aged using rice, is definitely something that the Japanese would appreciated. And appreciated they did, as Soma’s presentation brought an energy, excitement and joy to the entire room, that we hadn’t seen from Hayama or Ryo. The dish itself, also felt thematicall appropriate, maybe even more so than Hayama and Ryo’s particular creations.

Of course, simply being a rice based dish is only half of Soma’s plan here. The big twist at the end of the episode, isn’t so much Soma’s approach to using the Nuka, but rather that there’s still some other surprise left for all the judges to experience. 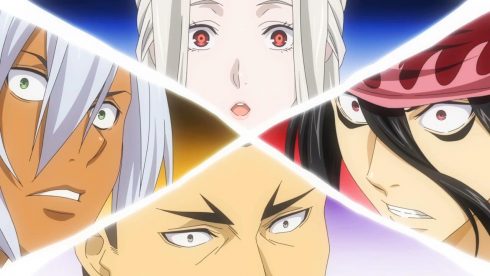 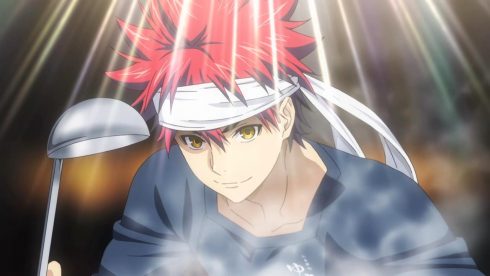 Which, to be honest, while it was probably a bit predictable, still had me pretty darn excited at the end. This whole “going a step farther” thing is something we saw from Soma during his battle with Alice. It worked then, and I think its going to work here, at least, from a pure entertainment stand point.

The grueling thing, of course, is that we have to wait another week for the actual surprise and resolution itself. At this point, the answer seems fairly clear. Soma is going to one up Ryo and Hayama, and win the finals… potentially. Wait, let me take that back. We could get a tie again,  so I suppose, we don’t really know. 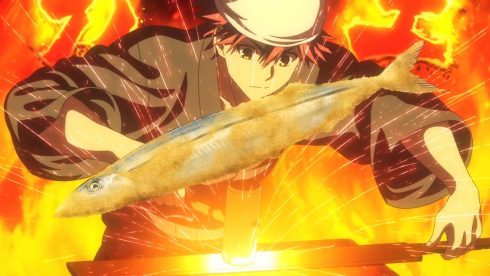 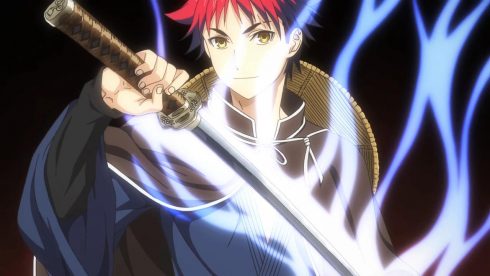 Regardless of what the outcome itself ends up being, my point here is that its not going to be something mind shattering or super impressive. The buildup here was the big thing, and I think the fact that conclusion was kind of left out of this episode, and shoved into the next one, may end up hurting it a lot more than usual.

That said, I’d say this episode was what I’d call comfort food. It was good, solid stuff, stuff that we’ve seen before and we’ve enjoyed before. I’m sure this little battle will end in a decent manner, when its all said and done next week, but as it is with anything you’ve tried before, it can’t blow you away again. 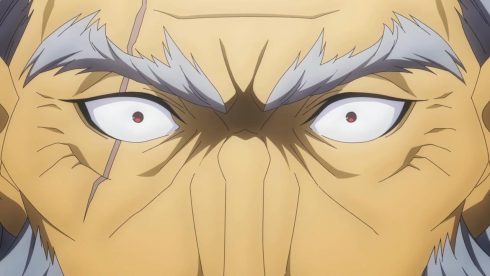 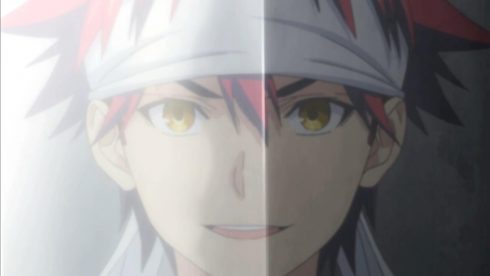 I suppose what I’m really curious for now, is where the story will go from here. This is a one cour series and we’re already at episode 9. That leaves us with four more episodes, which isn’t nearly enough time to start a new epic arc. So do we get something akin to the Karage arc we got in season 1? Or does this show just end at the worst possible time, just as it starts a new arc?

Just what is Shokugeki no Soma Ni no Sara going to end on, THAT is the big question that I’m hungering to get answers to, more so than what the outcome of the finals will be. I suppose I was over the whole idea of the final before it even started, but props to this show for making this episode as interesting and engaging as it did, despite my bias against it all.