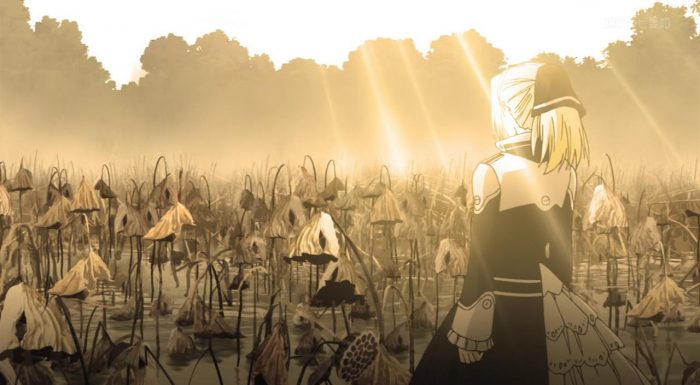 It’s kind of baffling how it took six whole episodes for D.Gray-man Hallow to actually find its footing and become a show that’s actually worth watching. Is it too little too late? Oh yeah it is, but what I do wonder about this series is how, it suddenly got so much better, so late in the game. How is it that this series is actually starting to feel like a seriously done adaptation rather than the phoned in disappointment that it felt like before.  And more importantly, why now? Or rather, why WAIT until now? Were the previous six episodes really just the anime staff, the director and the voice cast learning to get their bearings? Should that have even been allowed in a 1 cour series? Or was the adaptation itself just hamstrung by what it needed to adapt, in the meager 13 episodes that it was given? 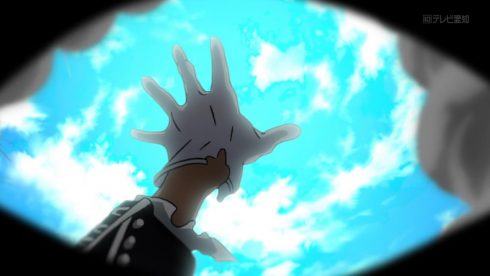 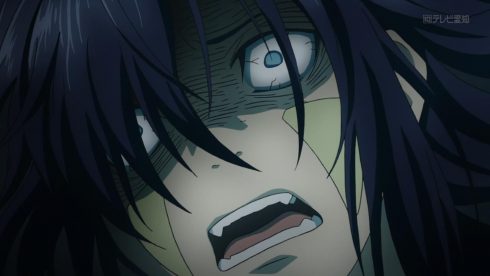 Who knows, right? One of the most frustrating parts about being a Japanese Anime fan, is the fact that you never do hear the stories behind the big mess ups and failures. In the US Movie industry, i.e Hollywood, when a project goes horribly wrong, someone will end up talking about it and reveal the actual tragic story behind it all. Sometimes, the story behind the a failed project is actually more interesting than the final product itself. In D.Gray-man Hallow’s case, I definitely feel the same way and am dying to know how it all went sideways… Until now.

This week’s episode was the first episode, in the entire series, that actually felt tonally consistent. It was the first episode where the manga was not only “slowly” adapted, but given extra scenes and context, to make the episode itself flow better. While I’m always a proponent of following the source material as closely as possible, I think there is the issue of manga and anime being different mediums, and a need to account for the transition between them. 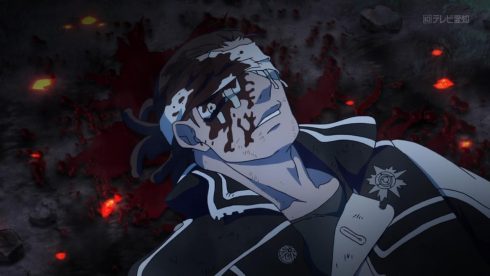 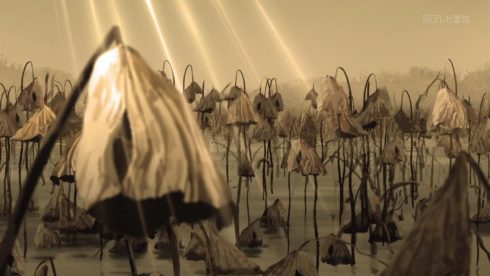 Manga can serve as a storyboard, as a starting point, and contain all the relevant story beats and moments, but there is some work needed to actually make it all sing in the anime medium. Voice acting, soundwork, great artwork and animation, those things help, but its good direction and editing that make the big difference between a series that feels liked a missed opportunity and a something that feel like a good adaptation.

Speaking of source material and adaptation… I actually went ahead and re-read the manga’s version of this story arc, after last week’s episode. What I found, when I did that, was that the manga itself had the same rushed pacing issues that have been plaguing the anime as of late. I don’t think the shift to monthly releases that happened around the part of the series that we’re at, did D.Gray-man any favors. My personal opinion is that Hoshino-sensei did a much better job when she was releasing stuff week to week. Her storytelling style just seems to get weaker when she has more pages because it feels like she’s shoving too much content with all the extra space. 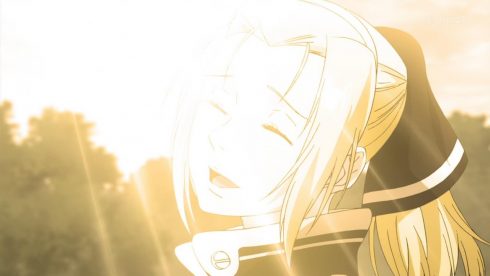 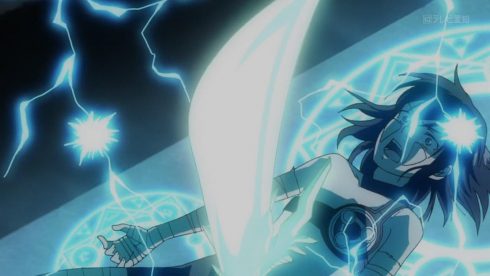 I’m not going to guess as to why that is, but I will say that beyond just feeling like a weaker paced story, one of the most prominent changes that happened to D.Gray-man after its scheduling change, was that it got tonally a lot darker. The subject matter of this current arc, which  features Kanda Yuu’s backstory, is the darkest stuff that this series has thrown at its readers/viewers.

That’s coming from a story that has a protagonist that potentially killed his own father figure, and a world where the very vile and evil feelings of mankind are fully realized as flesh and blood monsters. So yes, D.Gray-man has always been a dark story, but the best analogue I used to have for it, was that it felt tonally a lot like Full Metal Alchemist. There were dark themes, and there was this undercurrent of sadness, but the overall experience still had a sense of wonder, adventure and optimism to it. 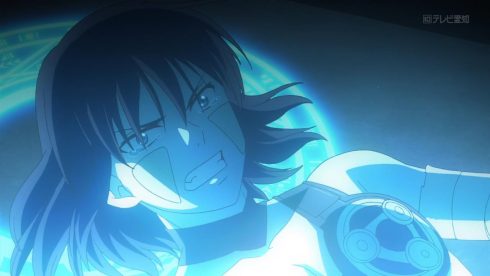 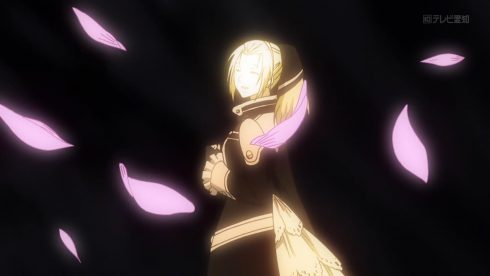 Of course, that, is now very much not the case. This latest story arc, which reveals Kanda’s history and backstory, and sets up his biggest moment in the story, i.e the fight with Alma Kalma, is what you’d really call depressing and dark. There’s no place for humor in this story, and I think one of the biggest improvements that we saw both this week and last week, was the straight up removal of the awkward humor and momentum ruining gags.

What’s going on, on screen isn’t funny. Kanda being a sort of clone of a fallen exorcist, and being forced to live forever as a tool for the Exorcists’ “crusade”? That’s some messed up stuff. And what this reveal really does, is highlight how broken and twisted of an organization the Black Order really is. They will indeed, sink to any depth, any level of depravity, as long as it helps them “protect” the world. 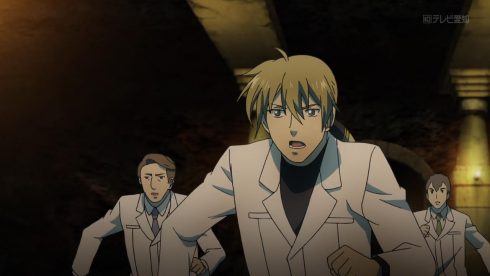 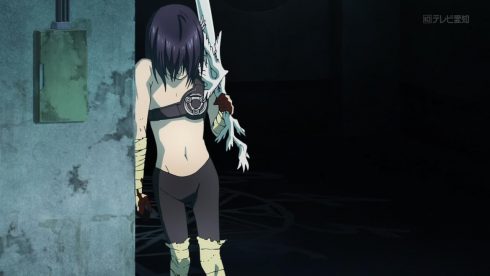 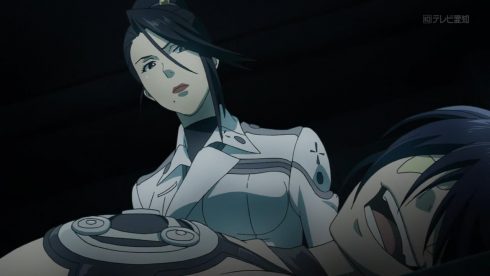 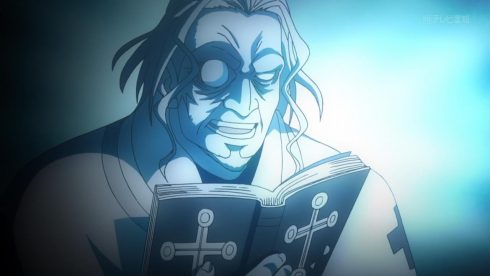 The best way to describe this tonal shift, and this change in the dynamics of the whole “good vs evil” thing, is that it feels like a nightmare. No one is really a “good guy” here, and even the so called protectors of the world, are committing atrocities that can hardly be justified under the worst of pretenses.

So… with that kind of subject matter, beyond the one small joke scene, where Kanda is basically looking at a “Stylized” version of Alma as he recounts his despair, this episode was tonally on point. Most importantly, this week’s episode and this week’s story elicited the right kind of emotions from me, as I watched it all unfold. 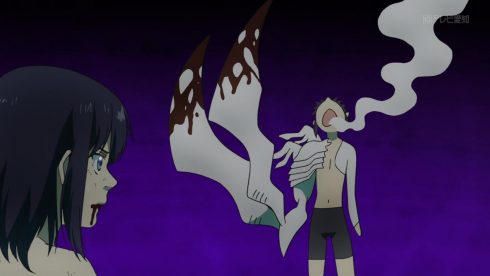 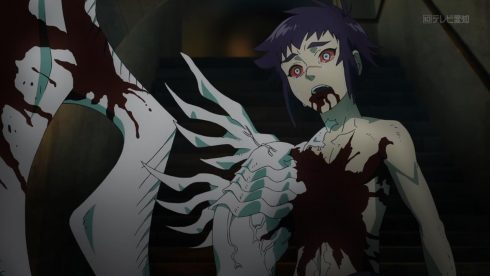 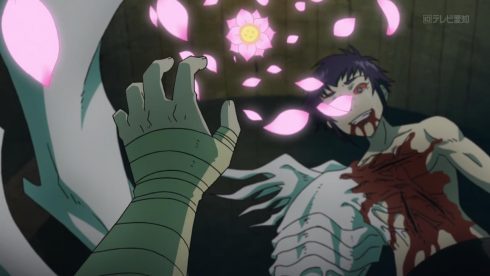 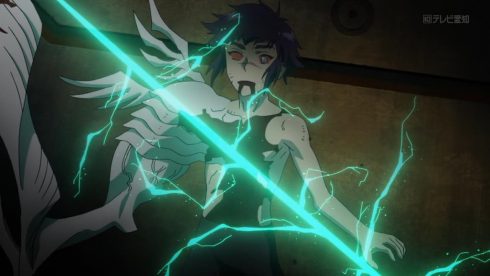 This whole situation felt terrible, tragic and depressing. Kanda’s whole story and his difficult personality, all come into context rather beautifully once this particular flashback arc is said and done. Even “For”, a character that I almost forgot about, has her whole backstory and relationship to Kanda revealed this week too. There’s a lot that happens here, and when we’re in the flashback part of the story, everything works really well.

Kanda remembering his past is intense. He finally connects with his own innocence, and not only that, is almost ready to kill everyone and everything in a raged vengence. Its upon meeting Marie, however, that Kanda begins to think about moving forward, and potentially starting over with his friend Alma.

Of course, things can’t be any worse as far as Alma is concerned, and Kanda is forced to kill his friend, to both grant him some measure of peace, and to survive. Its really sad stuff, and that coupled with all the people that Alma kills, pretty much clears out the board, as far as the past is concerned. But even with this rather downer of an ending, the story in the past is a powerful one, and something that I think the manga, and this series, had been lacking for a while now. 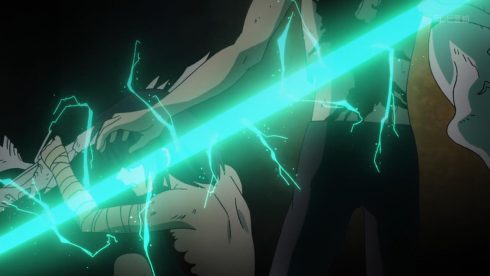 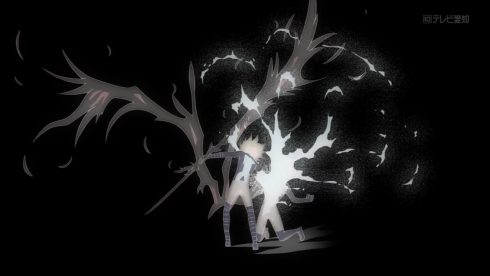 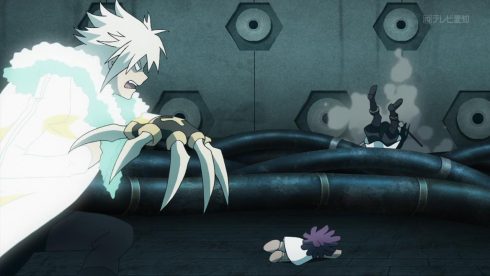 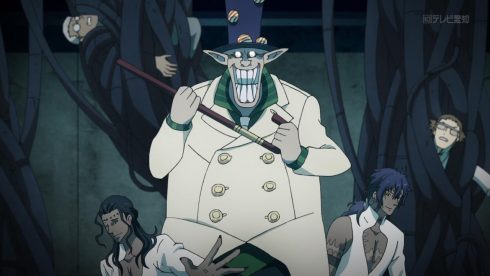 So Kanda’s past is pretty darn impressive, as a story. Its when we get back to the present, however, that things become a lot less cohesive. Allen’s big moment of wrenching himself and Kanda free from the Noah mind probe, is necessary, but tonally it feels off again. Its not as bad as some of the jokes we saw three episodes or so ago, but it does feel odd to have Allen basically angrily smack Kanda, when he should be empathizing with what’s happening here. The anime actually does its best to minimize the damage here, but its worth noting that Allen’s actions feel odd…

And then the Earl speaks up again, and the most distracting of things happens. I don’t know who thought this was a good idea, or if the show just ran pass its animation budget for the episode, but man, the whole scene of the Earl talking without his mouth actually moving? That was terrible. It was terrible, distracting and made no sense, and it frankly felt very amateurish. 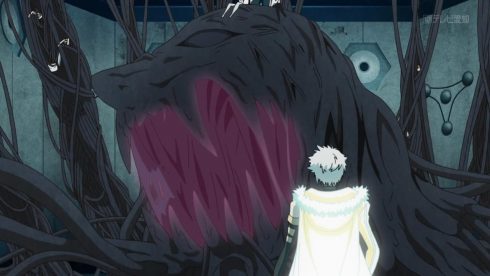 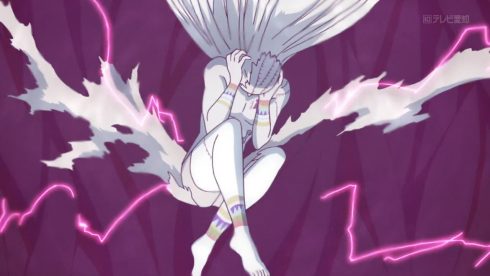 Which is noteworthy, because if there’s one complaint I haven’t been able to make about this series thus far, its that its skimped on the animation. But here we had that, and that resulted in the last parts of the episode, falling a bit flat. Having said that, the story here is dark, and torturous, and its definitely engaging, so despite even its own missteps, this episode turned out pretty good as a whole I’d say.

As to why we’re getting a solid, tonally consistent, well developed episode 7 weeks into this series? I have no idea. A part of me really wants to know what happened here. What combination of decisions, people and situations resulted in this series being as bad as it was, and then becoming something actually good, in its seventh episode. As we move into the second half of this series, that will be the question that will haunt it. 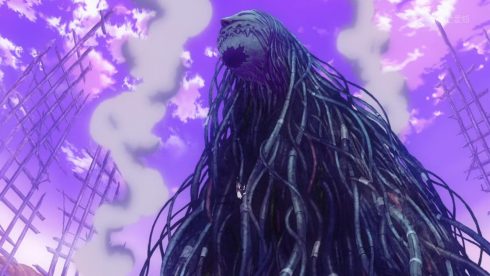 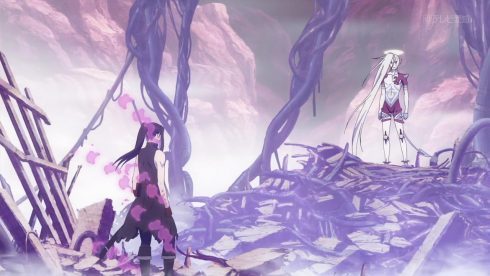 Because… The sad fact is, that no matter what D.Gray-man Hallow does from this point forward, its already messed up half of its run. Which is a darn shame, because Kanda Yuu’s story, especially in animated form, is perhaps the definitive version of that particular tale. I suppose it was worth it to stick with this series, if only to see it surprise us, super late in the game.