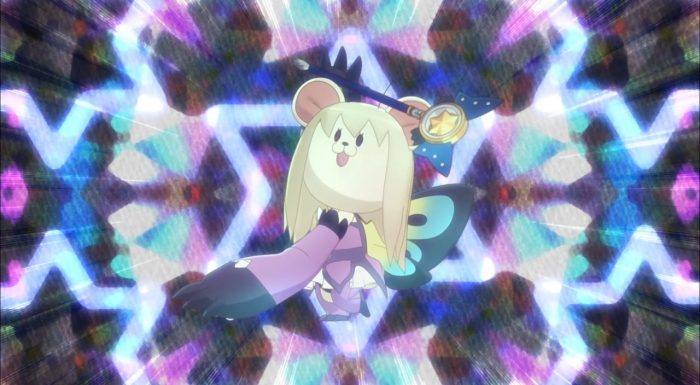 Certainly a surprising situation Illya has found herself in. I don’t think she quite expected to have her mind transferred into a toy. Of course this technically has her returning to the Ainsworth manor, but in the worst possible situation. Illya was pretty helpless against Beatrice and company the last time she was there and this time she doesn’t have the cards, Ruby, or even her own body. Though at least meeting up with Sapphire will allow her some options. The situation remains dire though since they still haven’t closed the power gap even with Illya at 100%. Illya is going to have to get her body back ASAP and then figure out the proper course of action from there. 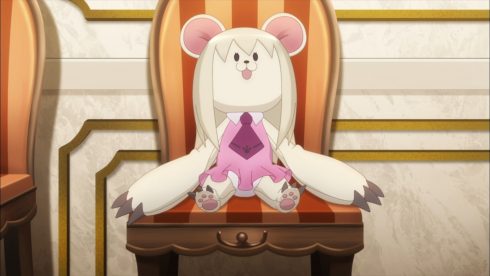 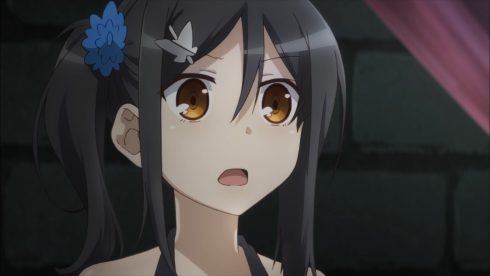 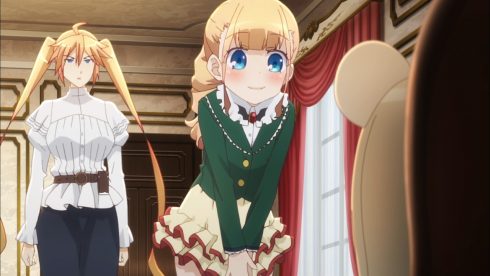 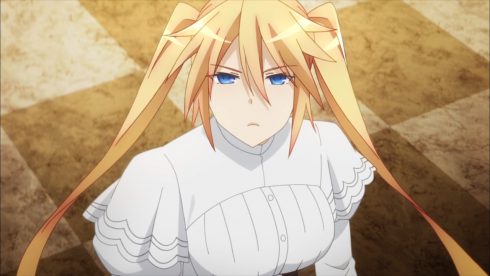 Erica showed in this episode how she is both pure and utterly warped. She had absolutely no sense of malice or hate in her actions in this episode. There was nothing more important to Erica than trying to make Miyu happy. The scary thing is that this toy situation was the secondary option. The primary option and one she was fully ok with was brainwashing Illya! Brainwashing! That is apparently totally ok in Erica’s view of the world. Her morals are totally screwed up. Angelica only suggested the body swap after the immediate efforts failed.

I’m truly worried when it comes to the Ainsworth family. These people are honestly very screwed up. It is a common point that most villains don’t believe they are doing anything wrong. Erica especially seems to absolutely believe her actions to be good. It is terrifying though when people can do terrible things and do it with the best of intentions. 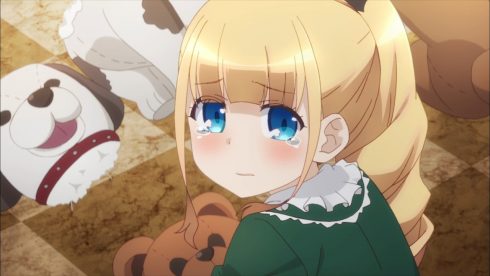 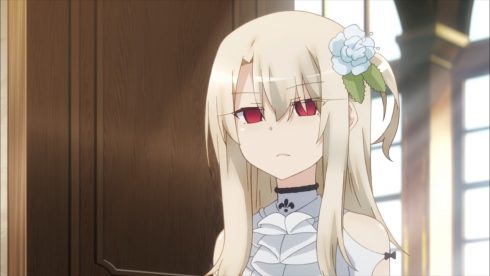 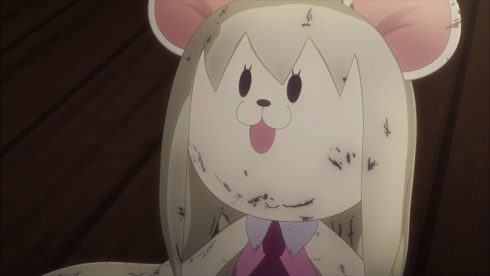 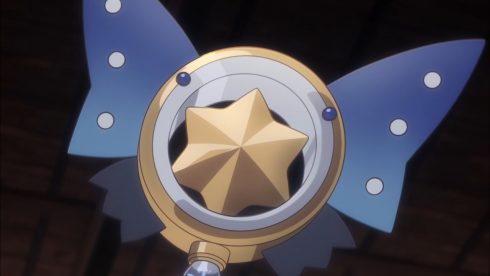 The amazing thing is that Angelica and Erica don’t understand why Miyu would place importance on the contents of a person. Neither of them seems to think the personality of someone particularly matters. Angelica especially gave more credit to the vessel as mattering above all else. It might say something about Angelica that she actually thinks the content of a person doesn’t matter. Erica on the other hand likes “dolls.” And I’m guessing we’re not talking about the fun toy variety. Human dolls that can walk, talk and interact matter more to her.

This leaves Illya in a pretty bad situation. Now Erica does want to get Illya’s mind to Miyu right now. She at least understood that Miyu wasn’t happy and wanted the mind of Illya instead of the body. Of course it does worry me when it comes to the condition of Illya’s body. That is a pretty effective hostage to use against both Illya and Miyu. It is true that Miyu values Illya’s mind, but both of them would prefer Illya to be the whole package again. 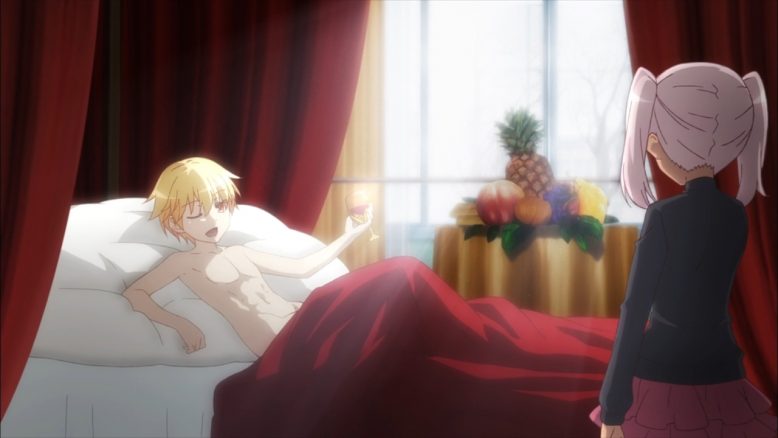 If we’re talking about worries then I’m also concerned for Kuro. I know that Gil can be a bit…much, but she’s really playing with fire. It is true that right now it would be a tricky fight for him to take her down. He is lacking a lot of the firepower of his treasury and for the time being they are working against a common enemy. But, that is as far as that alliance goes. The moment Gilgamesh gets what he wants (his card) then that alliance basically terminates. I don’t think it is a good idea for Kuro to push her luck too far and risk actually becoming a target later. Fans of the Fate series should know better than most that Gilgamesh is hardly kidding about what he’d do if he was in his adult body. 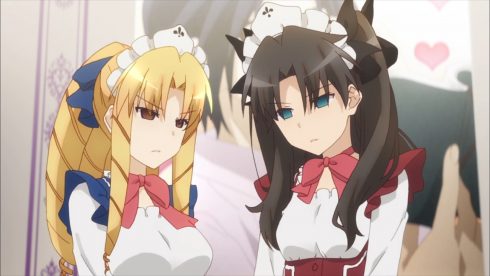 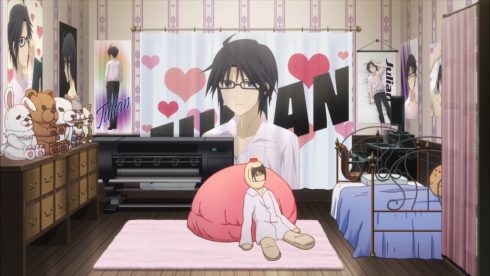 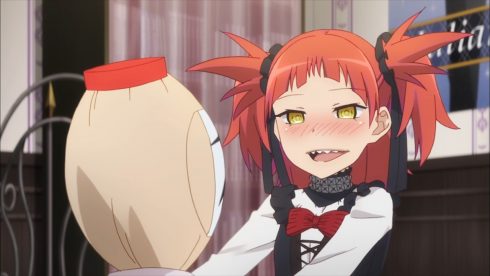 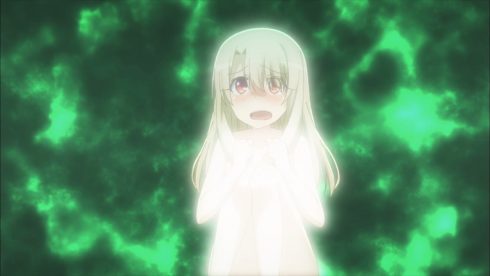 The question about Luvia and Rin’s location is now answered. Although I’m not sure how many were actually concerned about those two XD. The OP basically gave away the answer as well so it wasn’t quite a surprise to see them in the castle. It is somewhat comical that even without their bodies…Rin and Luvia are pains in the rear end for everyone around them. I’m honestly surprised they haven’t been killed off. I guess Darius really loves his sense of drama to keep them alive for this long.

The scariest and silliest part of this episode was about Beatrice. We knew pretty early on that girl has issues, but this episode kind of took things to another level. That girl is kind of crazy. Nothing good to say about a girl who goes around ripping the heads off stuffed animals in a “he loves me, he loves me not” game. On top of that you have her downright extreme obsession with “Julian.” Someone who looks a bit similar to that blue-haired form that Darius seemed to transition into back in the last episode. There are a lot of questions hanging around and that’s just another one to keep in mind. Seems like this Julian has quite the cruel personality and strangely enough Beatrice is more than ok with that. Beatrice seems to both be sadistic in how she hurts those around her, but masochistic in how she likes to be verbally abused by this person she likes. 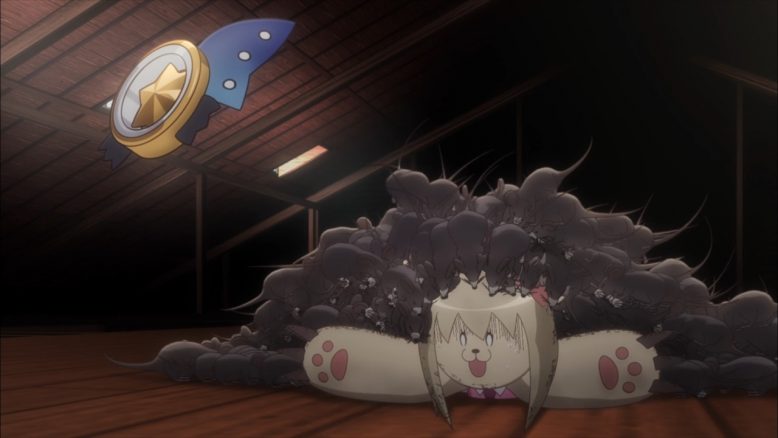 It is good to see Sapphire again. Sapphire seems to have been having quite the time hanging out with the rats that live in this place. Smart move by Sapphire to use trance with Illya here. If Illya can get her body back then she could try to speed up the tower to Miyu, grab her, and escape. Probably wouldn’t go that well, but this almost a perfect chance to take some action. Be nice if she had some backup, but it isn’t exactly easy for Kuro and company to charge in after her. They don’t have the cloak right now (stolen) and without it they are easy targets. I can’t wait to see what they do with this situation.