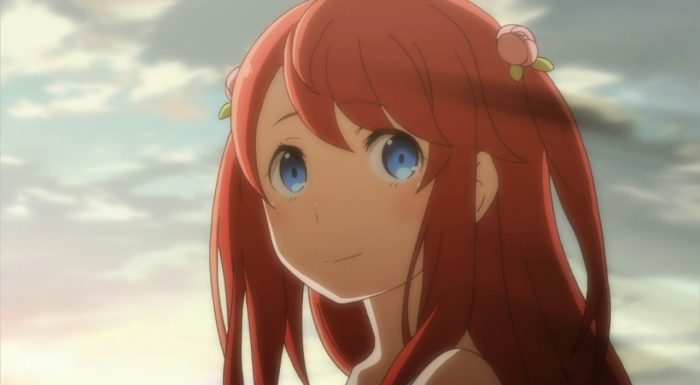 It might be weird to say, but this was the episode of Re:Zero I’ve been waiting for. A lot of drama, a lot of action, and an ending with some incredible impact. It wasn’t just the loss of Wilhelm, but that along with the multiple whales. I’m not sure if this thing has the ability to multiply, split itself, or if somehow there was more than one to begin with. This turned into one heck of an enjoyable episode. It didn’t have a lot of surprises outside of the multiple whale ending. I mean anyone could have guessed that the attacks they were doing early on while impressive weren’t finishing that thing and it was likely tougher than any of them could have imagined. It didn’t take away though from how darn fun and exciting this episode was. Just focusing on the event they were facing and showing what kind of monster this White Whale really was.

Of course I’m not entirely sold on Wilhelm being dead. I mean….he was eaten, but it felt more like he was just swallowed and not chewed up. Now that may end up killing him, but I wouldn’t be surprised either to see that old guy carve his way out of whichever whale ended up eating him. We will have to wait and see. My only doubts are because the flashbacks didn’t seem done yet. We only really got to the point where their relationship was most strained, not when things actually turned around for these two. Personally I still expect to see the rest of the flashback and give Wilhelm the chance to finish off the whale. 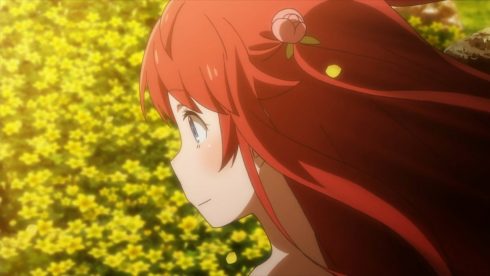 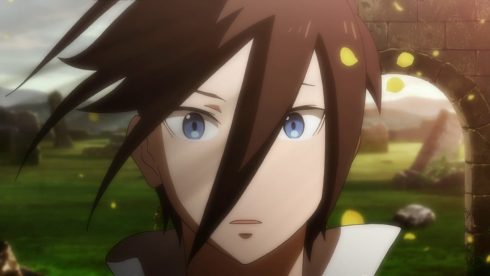 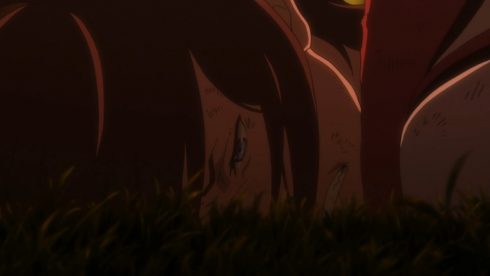 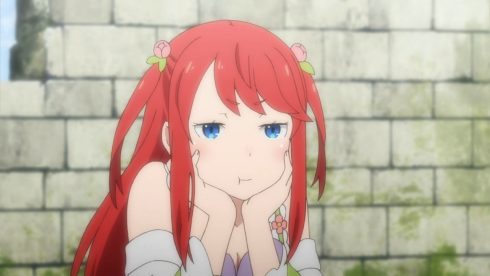 The flashback themselves were pretty nice. Seeing Wilhelm and his wife (well future wife) Theresia interact over time was a pleasant experience. It really is something to see how fate can turn out. I have to say, Wilhelm had a very lovely wife. She would have enjoyed nothing more than looking at flowers. That’s all she really would have liked from life. While on the other hand Wilhelm was extremely passionate about the sword and gaining the strength to protect. I don’t know what happened in his past to push him down that road. Still, clear how hard he worked to get stronger. I’m sure that made it all the more agonizing when he was about to be killed and was saved by Theresia.

It would be a very painful thing for Wilhelm and it is no wonder he immediately responded in that stupid manner. Getting pissed and even throwing out the idea that she had been mocking him this whole time. Something he really shouldn’t be able to believe after spending that time. But, I suppose it makes a comparison to other characters like Subaru. People make stupid mistakes, but those mistakes aren’t always permanent. Even Theresia made arguably a bad decision by turning away from the situation. Deciding that she wouldn’t go back there again, even though she loves looking at the flowers. That she’d leave Wilhelm be. Though grateful that he taught her something about what is good about being talented with the sword. She had the power to protect the things precious to her. That isn’t a bad thing at all. 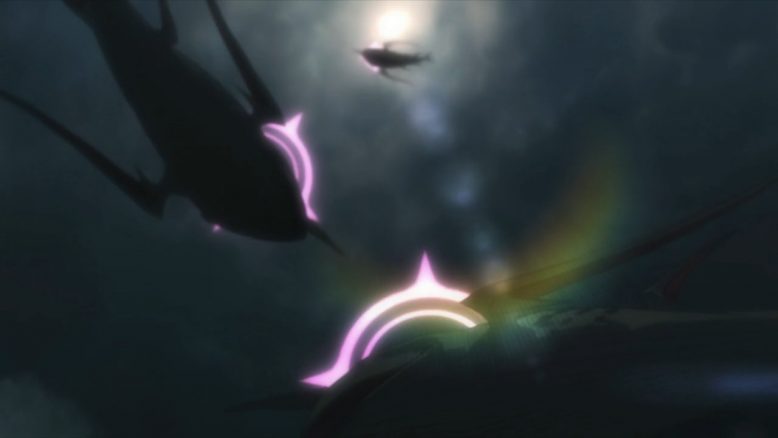 They really need some method of killing those things. The situation is pretty nuts right now. Who knows if the amount we saw at the end is the whole picture. They don’t have the firepower to kill all those things as it stands. The effort and goal was certainly worthwhile, but this is looking pretty bad. It depends of course if this thing split off into multiple (but potentially weaker) versions or if it called in help, or whatever the case might be. The truth about this creature will tie into whether they can kill it or not. As it stands they do have a lot of badasses on this mission, but seemingly not enough to actually finish the job.

This is definitely a tough spot. These things are big, durable, and can eat people. The ability to wipe people out of existence is also really bad. You have to avoid getting hit by those jets of fog. No wonder the Witch is considered so darn overpowered if she can actually create something like this. I just don’t know where the firepower to kill that thing is going to come from. Maybe if Wilhelm is still alive he can do something and Crusch has shown herself to have some good offense as well. But, even she can’t take down one or multiples of this whale. It seems an utterly hopeless situation. Although I can’t see Subaru dying since even more prep time won’t give them a better shot against that beast. 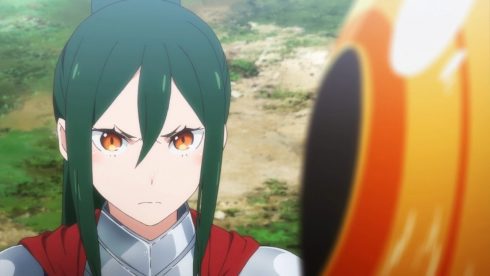 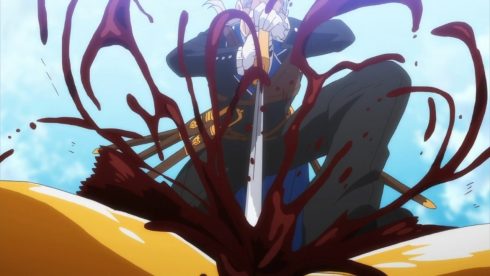 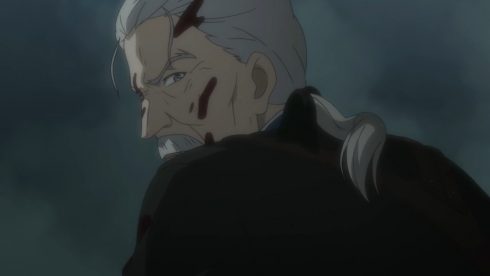 The battle against the whale was really entertaining and we got to see a lot of what these characters are capable of. What was most shocking though came when Subaru pulled his card of using the witch’s scent. This time getting a very visible image behind him. Likely the witch herself though nothing is guaranteed. Not exactly enough to get a full picture of her, but enough to certainly be creeped out XD. I do worry about Subaru long term. It feels like the more he does the harder things will be for him and potentially the greater the consequences. Possible that constantly using that curse could create some long term problem for him that he can’t just run away from. But, for now they did need to abuse that power in order to give the army time to re-organize. Can only hope that will pay off.

Singular credit going out to Wilhelm. That old guy just brought it in this fight. He didn’t show off any magical moves or anything, just a lot of intense swordsmanship. You can tell he married into the family and wasn’t born a super-powered swordsman. Even now his combat is based on just slicing up his enemies and he did a spectacular job of that. Might not have the visual spectacle of Reinhard, but that guy kicked some whale ass. 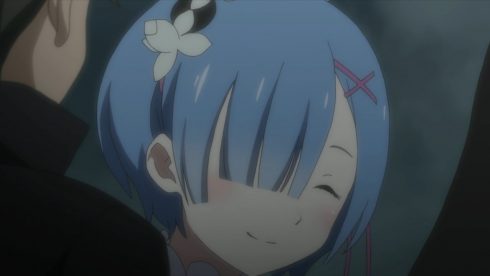 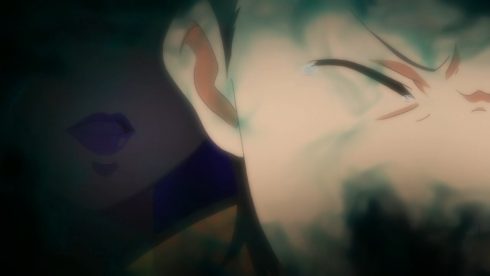 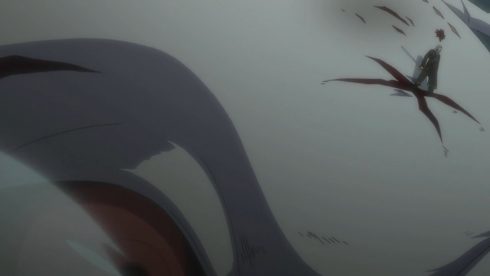 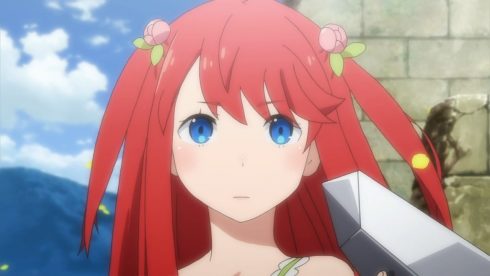 I really did enjoy this episode. Maybe not the best episode of the show, but in terms of enjoyment it was up there. A really packed episode, but one that ended on a tough note. I have no idea how they deal with this. And that’s not good since a much tougher situation is ahead of them. The Witch Cult isn’t full of pushovers either. If Subaru can’t get through this…they can’t even take on that other impossible situation. Best of luck to the cast.