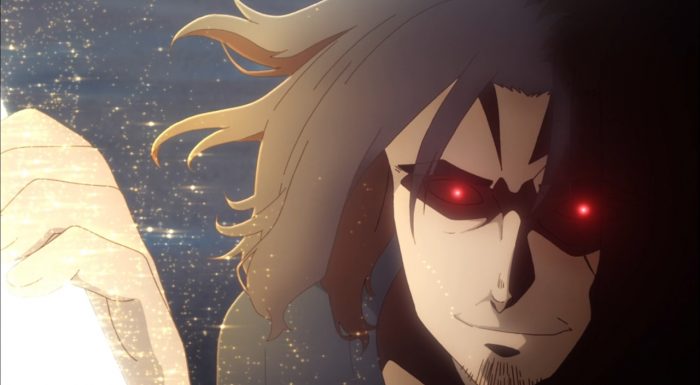 A quick showdown in this episode, but one that showed just how utterly warped the Ainsworths are. Moments of clarity or even goodness are mixed with utter madness. These people are just plain scary for both what they are capable of and how they view their own actions. Darius is the epitome of it with the most extreme showings of madness and obsession with setting the stage. There was a sense of production and style with say Luvia when she went up against Bazett, but this guy takes it to a completely different level. He’s so utterly insane I’m not sure how to react to him. You’ll have moments of calm discussion where he seems like a decent or at least rational person and then he will just go utterly insane. I think the world would be safer with this guy not living in it. 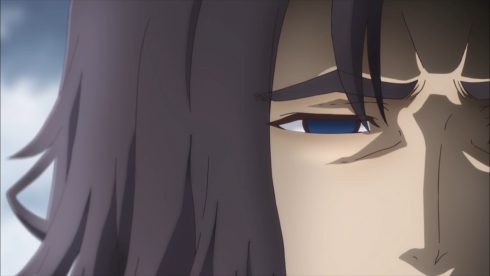 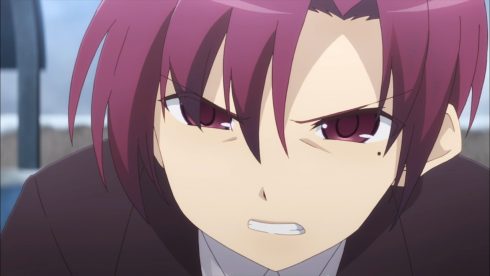 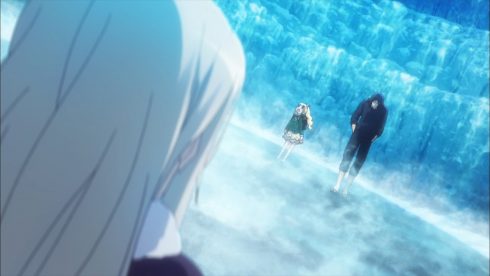 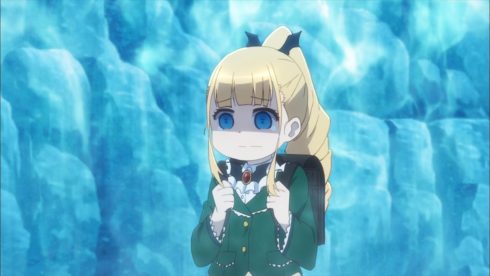 The worst thing though is when people that utterly warped have power. There is no lack of dangerous power with the Ainsworths. The scary thing as well is their access to noble phantasms that even Gilgamesh doesn’t know about. Something that should honestly be impossible. This guy’s treasury should basically have all the noble phantasms or the originals they are based on. If there are some he has absolutely no knowledge of…that’s concerning. Can they just make up noble phantasms that suit their needs? Is that even possible?

Whatever is going on it is clear that the Ainsworths are all scary dangerous. Makes you wonder how on Earth they can stand up against these guys. Even Illya using Saber couldn’t bring him down. He has so many ways to respond to a situation that it is hard to keep up with him. He may just be too powerful when he can stand up to Illya, Kuro, and Bazett all at the same time. The only one who stood a chance at doing something was Tanaka. 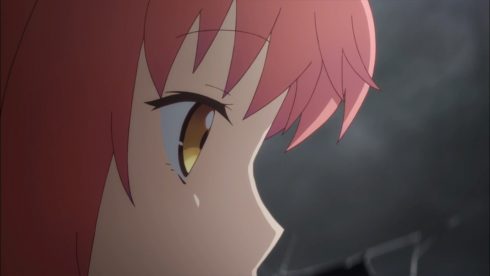 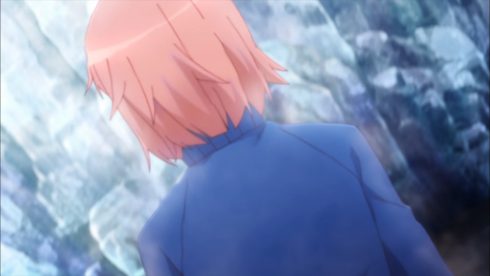 The mystery surrounding Tanaka remains pretty important to the story. She was the only one who could smash that dome. Though I’m not sure if it was due to her insane heat or a natural counter against these Ainsworth Noble Phantasms. Either way without her they would have been utterly doomed. Tanaka is bound to be the key to dealing with all of this. Someone who can deal with the Ainsworths at some level. Although if she doesn’t show more offensive abilities I’m not sure what kind of harm she can do. Breaking the dome was amazing, but she couldn’t actually hurt Darius. Or at least she didn’t show any abilities that would bring him harm.

The biggest thing is Tanaka’s brief bursts of knowledge. Tanaka just saying the word “counterfeiter” basically ended that initial conflict. Honestly I don’t think Darius could have killed her if he tried. He could hurt Tanaka sure, but even Beatrice using Mjolnir couldn’t actually kill her. It is a good break for everyone that the fight ended there. No one was in a good position to continue fighting and it could have been a mess. Hopefully they can solve the mystery of Tanaka while they still have a chance to win. 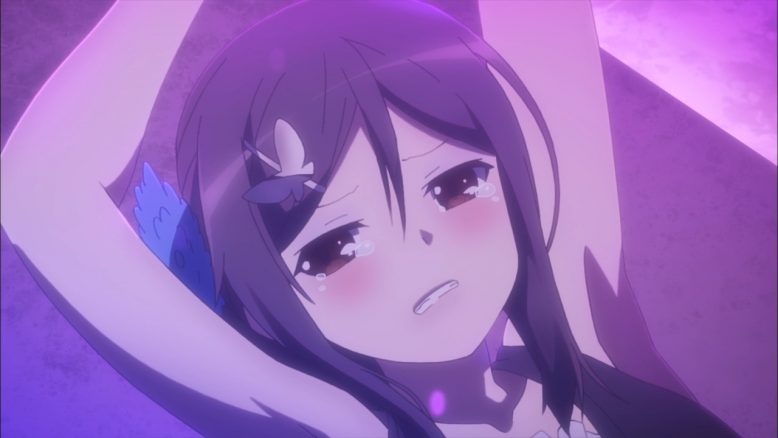 They are going to get you out of this Miyu…

If anyone wanted a creepy moment to the episode (though I’m not sure why they would) the scene later with Darius and Miyu was one. That was just disturbing. Darius was beyond creepy. I couldn’t feel anything but discomfort in watching it. Darius is taking so much care not to physically harm Miyu. But in the end he’s still actually draining her blood and making her go through excruciating pain. Who cares if the damage itself outside of blood loss isn’t real? Everything else in there is both real and feels real enough. That is just horrific. Bleeding Miyu out for the sake of his end goals.

Somehow Miyu’s bleeding reveals her past and the present. That might explain why Darius isn’t kill off Illy and company. He wants to use her in order to…add more pages to the tale. Somehow all those pages are necessary to the Ainsworth family. Regardless, it explains how Darius knows everything that Miyu has been through. That is just another level of psychological torture though. That Darius knows how Miyu feels and how much despair she’s dealing with. 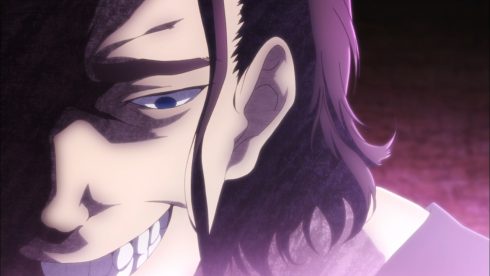 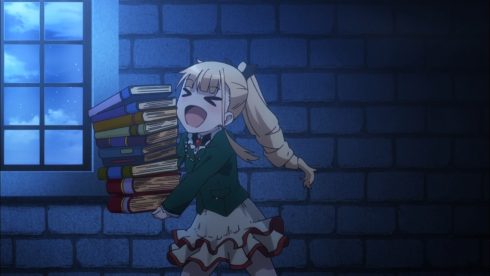 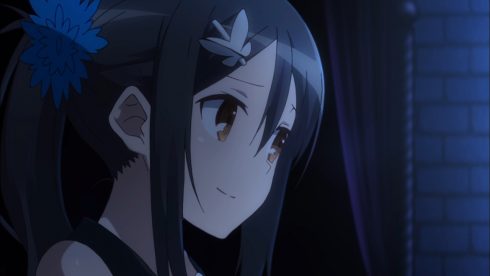 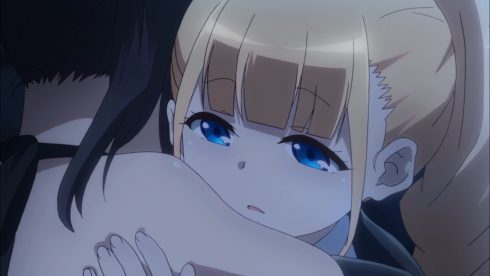 The scene with Erica kind of showed how even that girl is utterly warped. Erica has nothing but good intentions. She’s a pretty innocent child in some ways. But, that doesn’t stop her from being a total villain in this situation. Erica doesn’t get why Miyu wanted to get away from this place nor why Illya is so pissed at Darius. She considers Illya a liar because Illya said you shouldn’t hurt someone without reason. But, Illya has a very good reason for hurting someone. So…not a liar actually. But, Erica can’t see that she and her family are the villains here. Maybe few people think that they are the villains in their story, but she is completely blind to it.

It does create some conflict because Miyu escaping means abandoning people. Definitely abandoning Erica to isolation and loneliness. Another element though is that Miyu could end up abandoning her brother again. Shirou being held hostage is likely a reason keeping Miyu there. Miyu is sharp enough to understand how much harm her brother likely suffered to help her escape and what might happen if she got away again. At the very least adding that on top of her knowing how dangerous the Ainsworths are….makes it harder for her to just fly out of there with the help of Sapphire. It’s a tough situation. 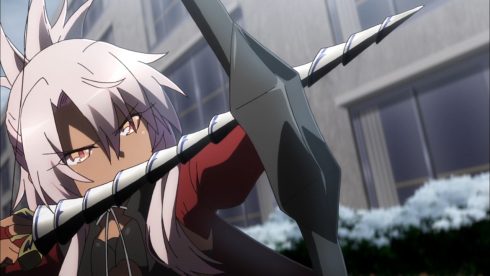 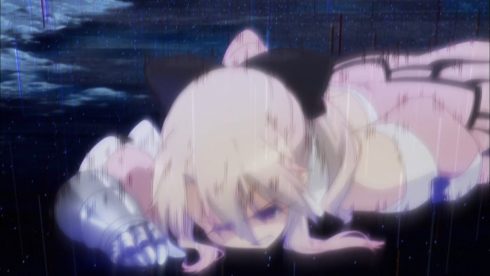 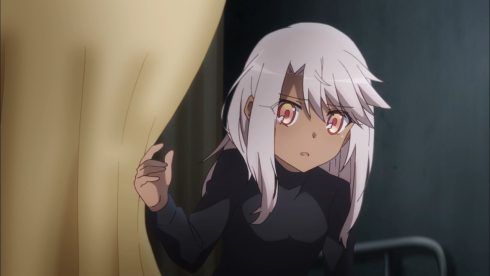 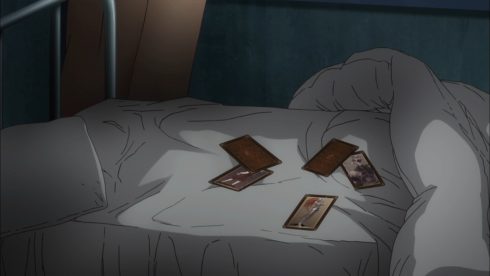 The big thing was how the episode ended though. Illya is….gone. Pretty sure she didn’t run off in the middle of the night without the cards either. The question of course is “what happened”? Was Illya kidnapped? If so, then how was it done? These guys have powerful weapons, but Bazett’s alarm system worked fine the first time. Whatever the answer, it is clear that these guys aren’t messing around here. Now on top of saving Miyu….they have to save Illya as well.

Regardless of what is going on here, next week should be pretty interesting. This episode hit home just how tough their situation is. Saving Miyu means going up against some real monsters and there is no simple way to reach victory. Illya and company can’t give up though. That would mean giving up on Miyu, who frankly doesn’t want to stay there. Here is hoping they can save Miyu and deal with these guys.