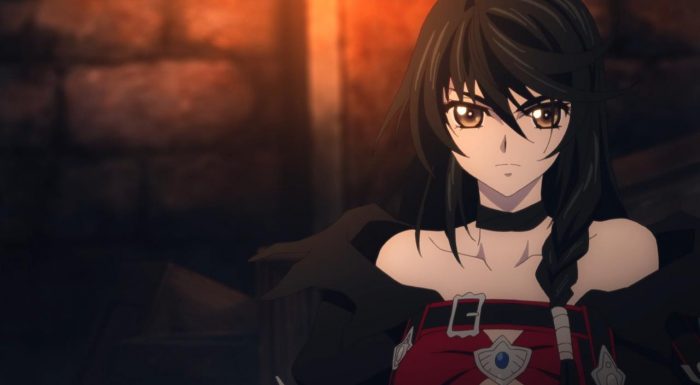 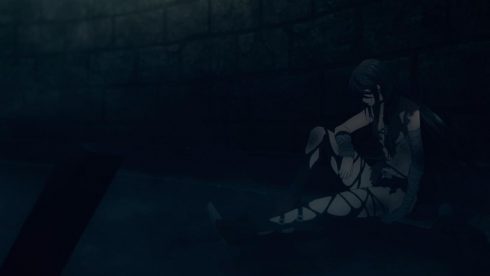 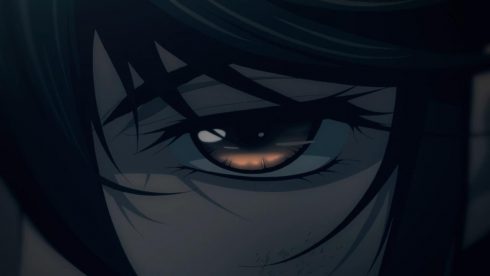 There are so many burning questions after this week’s episode, and none of them seem to have easy answers. I remember my little crisis of faith after Tales of Zestiria the X started diverging from the anime, and I remember my speculations about seeing Velvet in the OP theme of the series but… Man, I had no idea that things were going to go in the direction that they did this week.

And to be quite frank and honest, its hard to really say what this all means, and whether its a good thing or a bad thing just yet. This week, the fifth episode of the Tales of Zestiria the X series, felt like another series opening episode, that just came out of nowhere. It felt like a new beginning, a new start to a completely different story, and one that just feels akward above all else, given that we were just starting to come to grips with and enjoy the world of Zestiria nary a week ago.. 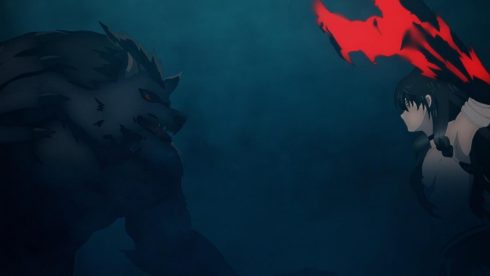 Just what are ufotable and Namco Bandai thinking, and what is their goal with this series? Is Tales of Zestiria the X just going to serve as a sort of promo for both of their source material games? Well… If you’re like me and came into this episode completely unaware, then let me put those questions to rest at least. Tales of Berseria, the prequel to Zestria, is coming out in Japan later this month, and so it seems like the anime production committee took this chance to try and get some last minute promotion for the game out there.

Part of me wonders if this is why Tales of Zestiria the X has been looking so good, because its not only getting money for a adaptation of the Tales of Zestiria game, but its also getting some extra budget to promote Berseria. 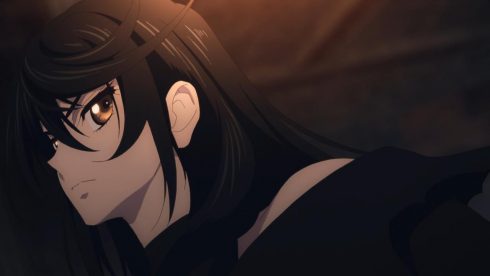 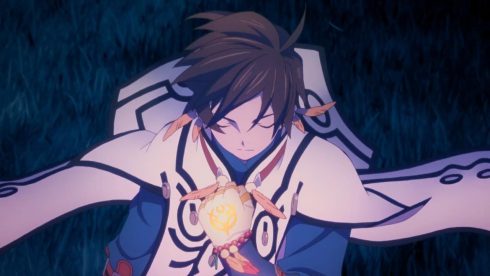 But if that is the case, then I think it would’ve just made more sense to have adapted one game properly, and then moved on to the next. Having two big games share one series, and alternate between each other, seems like an idea that’s so bad, its confounding. Part of me really does believe that there’s some grand plan to all of this, and that maybe Tales of Zestiria the X is going to do more than just simply promote an upcoming game of the franchise.

But then… Tales of Berseria is nearly out in Japan, so it would’ve made more sense to have done an OVA instead of cramming a promo into another game’s series. There’s also an issue for those of us who’re fans of the franchise in the west and who won’t be getting the second game until next year. As a fan of the games, and as someone who’s looking forward to play Berseria when it does come state side, I find myself feeling a bit baffled by the lack of care with regards to all of this. 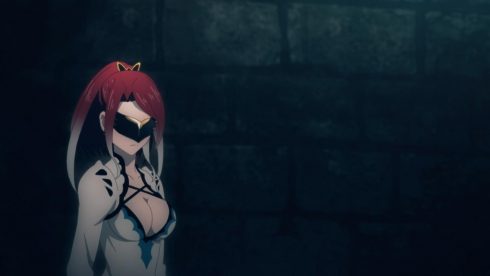 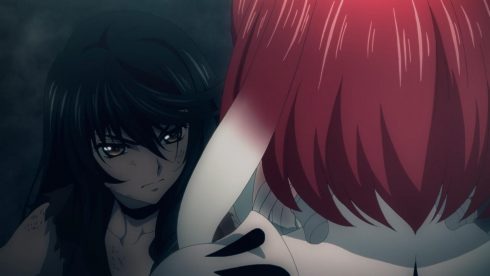 I mean, if I had known that Berseria was going to be spoiled for me in this series, even remotely, then I probably would’ve avoided it like the plague. And The only reason I don’t see this episode as a huge turn off, however, is because it seems to me like this Berseria story arc isn’t going to stay long.

In the last four episodes, Tales of Zestiria the X adapted what I’d say is the opening three hours of the title game. That’s very early in the story, so even if someone WAS interested in playing Tales of Zestiria, then they could happily jump in and lose very little of the overall experience. And I have a strange suspicion that Tales of Berseria is going to get its first few moments adapted in the next episode or two, and expect fans to do something similar. 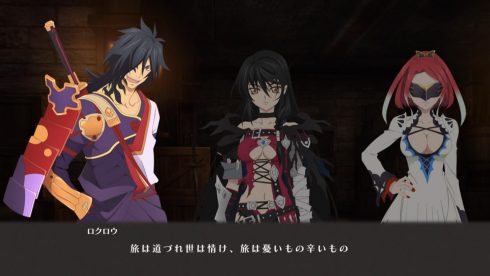 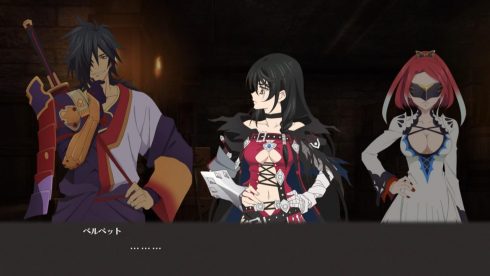 If that’s true, then that’ll have us lose a good two episodes of a rather limited 24 episode run. Even if Tales of Zestiria the X is 24 episodes (which isn’t confirmed yet), it will take some serious creative changes to adapt the whole story in those 24 episodes, given the time we just lost this week.

With the series giving up a chunk of its episode count to another game and its promotion, I’m definitely left worried that this series is simply trying to cram in too much. And despite ufortable’s expert talent and gorgeous production work, if the anime director and production committee intend to shove pieces of two games into one 24 episode series, then we’re all in for a ton of hurt and disappointment. 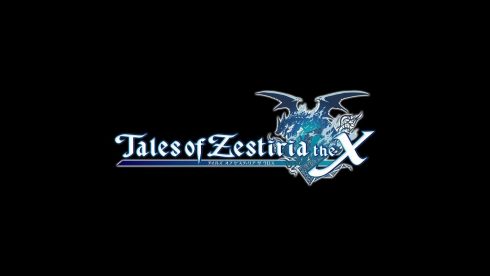 Tales of Zestiria the X needs to take its title seriously, and focus on telling the mammoth story that it’s advertising by its very name. Moving around and jumping about is not only exceedingly jarring, and a good way to push away potential audiences, but its very much a way to make sure that this anime itself is setup for failure.

I had thought, that since ufotable has been responsible for the anime custscenes in every Tales game since Xillia, that they would’ve been given free reign to adapt and realize a game, and make a successful anime series out of it. The fact that that hasn’t happened, and that some unrelated business interests are getting the way, is a bit of a tragedy, especially since it hurts both the anime and the larger franchise by doing something like this. 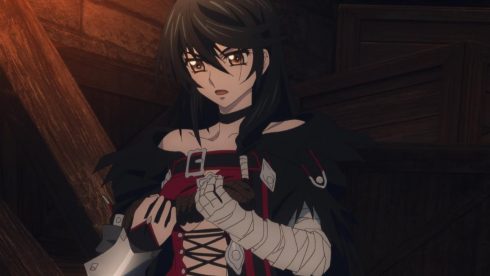 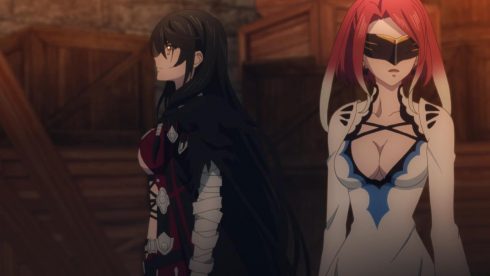 And the reason, that I’m not just checking out and dropping this series entirely, is because of all the mixed messages that this series and even this weeks episode have given me thus far. Right after the whole episode where we basically follow Velvet and “Seres” through their escape from the Daemon Jail Island, we see a big segment that’s basically the OP animation for the Tales of Zestiria game.

What exactly is that supposed to mean? Is it a nod to all the Zestiria fans that are wondering why the focus shifted so suddenly? Is this suggesting that we’re going to get a complete adaptation once this Tales of Berseria detour is over with? Its hard to really pin down what Zestiria the X is trying to do, because everything it’s done this week is so vague, awkward and unfocused. 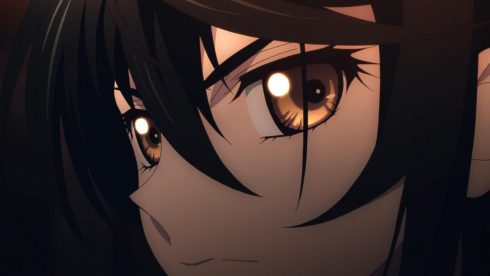 Sigh… I suppose, I’ve already spent too much time talking about my utter and complete confusion with what we got this week. So, lets examine the new characters and world we got to see this week, shall we?

For those unaware (and who haven’t heard me say this at least 5 times already), Tales of Berseria, is set in the same world as Zestiria, but in the distant past. The game stars Velvet, who game and anime fans alike, got to meet for the first time in this episode. My impressions of Velvet are pretty positive, as she kind of reminds me of Mila from Tales of Xillia (the character design is rather similar…), but with a lot more anger, emotion and passion to her. Velvet is perhaps the strongest and most interesting female lead I’ve ever seen in the Tales franchise. 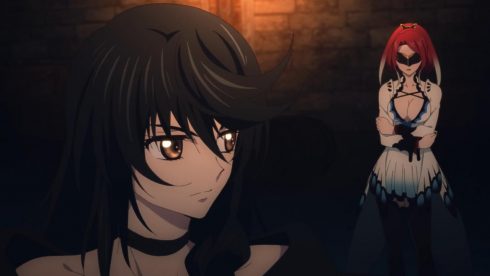 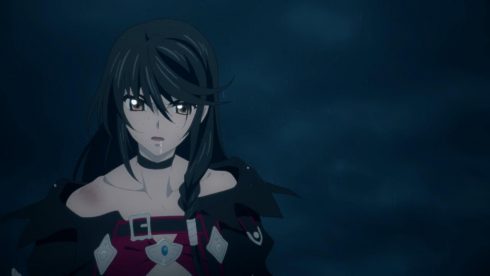 Much like how Sorey was a very different, cheerful protagonist that seemed to be very different from all the other male protagonists we’ve seen from a Tales game, Velvet seems to be that very thing in the female lead space, except that she’s also the polar opposite of Sorey. Sorey is cheery, welcoming, nice and someone who’s trying to help others and bring peace.

Velvet, on the other hand, is an anti-hero, and one who’s big reason for existing seems to be revenge. She’s also not a chosen warrior of light like Sorey, and is more of a cursed, dark and damaged heroine. And to compliment the much darker protagonist, is a world that feels a lot darker, grittier and less “fun” than what we’ve seen in Zestiria. 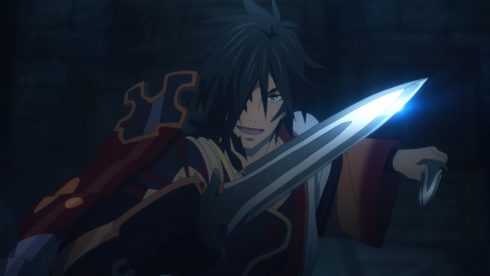 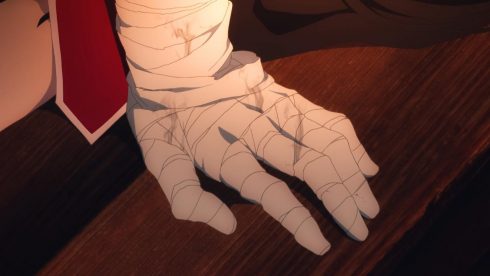 There’s an overwhelming sense, in this episode, that Velvet’s story and world are almost completely separate from what we’ve seen in Zestiria. Which is an interesting choice, because of the face that these two stories share the same physical world, and are only set apart by time. But its via a few hundred years, that the world of Zestiria and Berseria becomes and morphs into something so different.

The characters and the lore also feel like they’re a lot more Japanese, than what we’ve seen in Zestiria. There’s a very Akuma/youkai like vibe to everything in this world, from Velvet’s demon-like hand and powers, to the Daemon swords that Velvet and her new found companion “Seres” encounter. 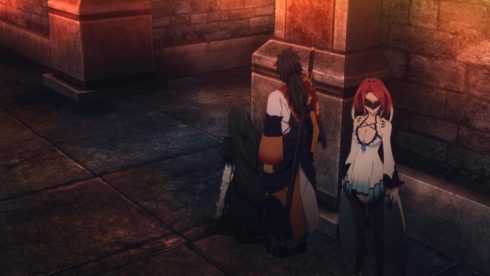 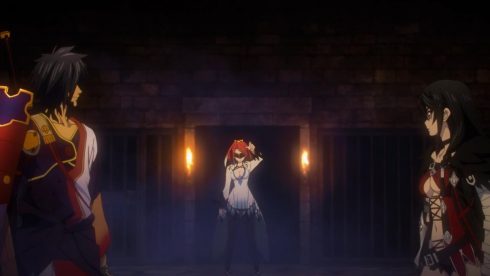 But while its definitely true that Berseria hits the ground running, I can’t help but feel like the pacing itself feels a lot more rushed, and the starting itself a lot more haphazard than what we had with Zestiria. Its a very standard sort of start, with the main character basically jail breaking and escaping her prison to go out into the world and exact her revenge.

And that’s the part that doesn’t feel all that impressive. Tales of Berseria as a world is definitely interested, and the characters are nice, but the general plot and the idea of a child killer basically being the object of the protagonists vengeance, feels even more cookie cutter than the seemingly panned traditional fantasy story that Zestiria has. 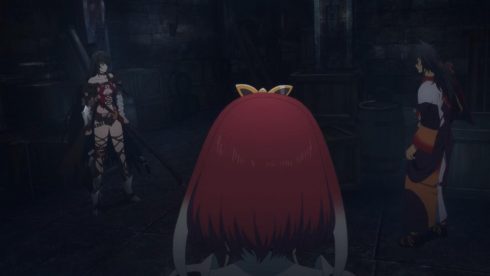 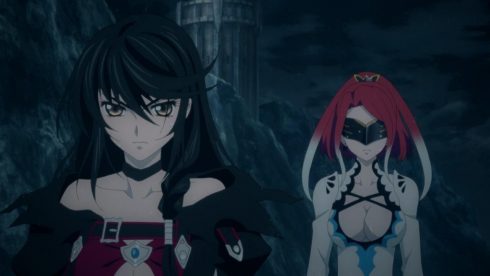 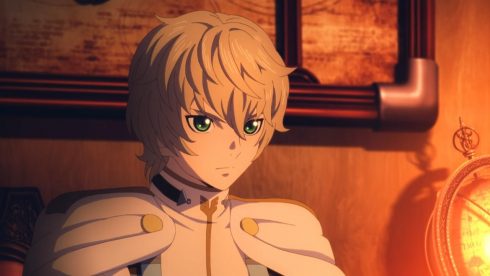 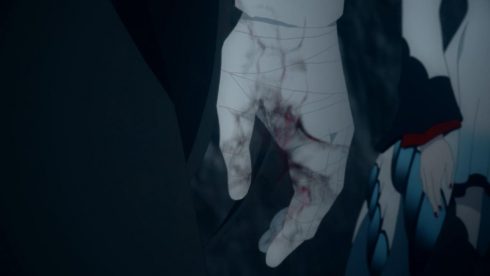 So in short, I’d say that the impression that Velvet and her world make is a decent one. There’s definitely a lot to like, and its certainly a different kind of story than what I’ve at least, ever seen from a Tales game or anime. Now, given that we’ve got at least another week of this world to look forward to, I am curious to see what “Zestiria the X” is actually playing at here.

Hopefully next week, we’ll get some more focus on the general purpose of this anime series, and which you assume is for adapting Zestiria. For fans of the games, or even newcomers, I’m really curious to hear your thoughts on this latest episode. Were you confused like me? Or did you actually find this change of pace and direction interesting? Let me know in the comments, because I really am pretty interesting in hearing what other people’s take on this episode is.